Just to say "On the beach" is my favourite album. But, I would rather hear Neil in a bar in Canada than at a huge venue like Glastonbury. (Snobby beggar.)

Tunng will be there, go see.
Posted by Alastair at 9:22 pm 6 comments:

Arctic Terns feeding off Burray one May evening
Posted by Alastair at 11:00 pm No comments: 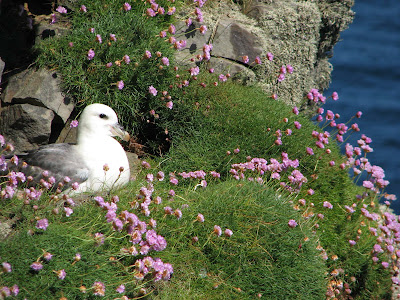 Fulmar and Thrift
Last week we spent a week on Mainland, Burray and South Ronaldsay. Mostly good weather, too good for migrant birds unfortunately, or perhaps fortunately as I had very little time for birding.

I did manage to see a superb summer plumage Great Northern Diver off Orphir and found a couple of pairs of Little Terns, both fairly uncommon birds for me. The greatest impression was left by the hundreds and hundreds of Arctic Terns which were just everywhere (and which I somehow failed to photograph). 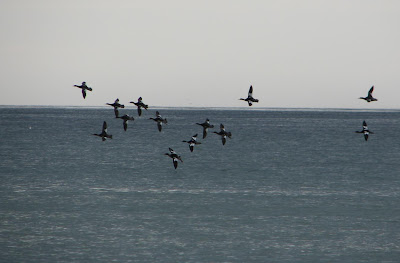 R-bMs, there were 40 or so in a flock off Burray with three Long-tailed Duck nearby
Nesting waders were of interest, especially the density in good habitat which was very impressive. Wigeon were seen with young, two broods, something I can't recall seeing before. The Bonxies were doing their thing, cruising for a bruising, see below, and Twite were encountered frequently, especially on Deerness. Hen Harriers were especially impressive, a male even hunting Starlings in someone's (small) garden. 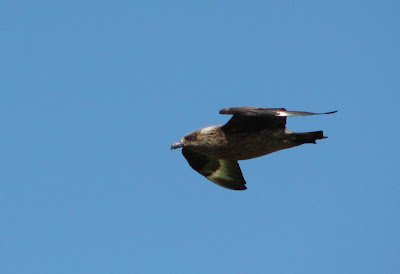 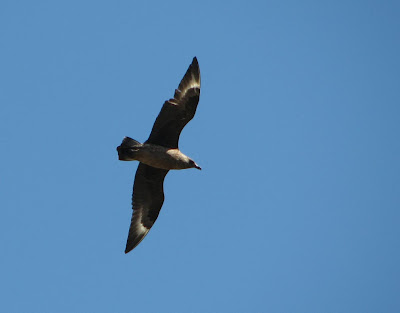 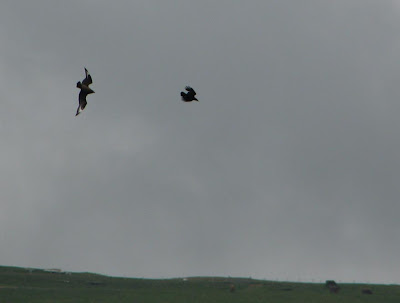 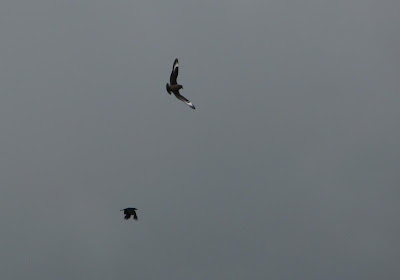 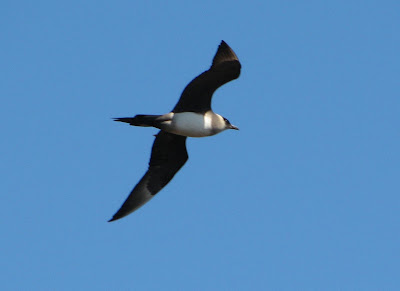 Arctic Skua, one of my favourite birds
Cetaceans were unfortunately avoided but seals and a new bumblebee made up for that (well sort of) and we had one brief view of an Otter. 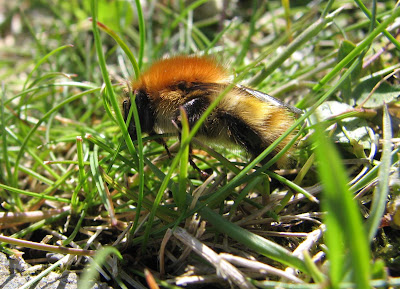 Bombus muscorum - an Orkney speciality and found quite widely
My Orkney bird list is now .... ah must go and count up. Will be back fairly soon.
Posted by Alastair at 8:43 pm 1 comment: