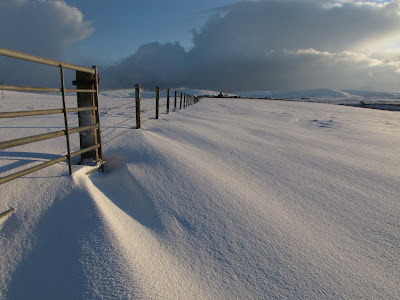 The Friday evening snowfall prevented me going to the Rory McLeod gig, serious blizzard early evening followed up by two more. Musically I was only cheered up by the arrival of Slapp Happy albums two and three on a CD reissue. Casablanca Moon (2nd) is IMHO a masterwork and reacquaintence with its genius was somewhat over due. 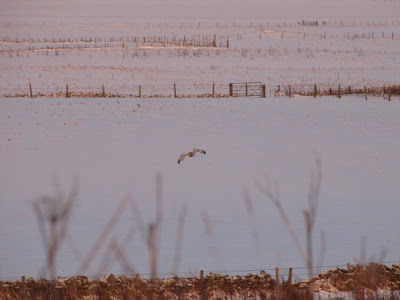 Short-eared Owl by The Shunan 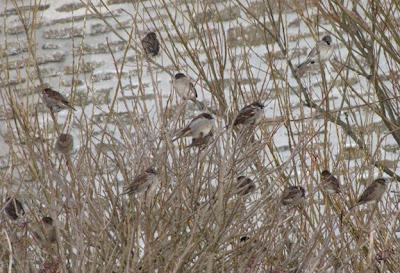 Birds, oh there were a few of them. Getting to Finstown was not really an option as the track was dodgy and the main road worse, so no Bullfinch hunting. Saturday was enlivened by a Woodcock in the ditch above the house. Sunday produced a Redpoll briefly in the garden and great views of both Short-eared Owl and male Hen Harrier around the Shunan. there were 7 Whooper Swans and a Goldeneye on Loch of Bosquoy. 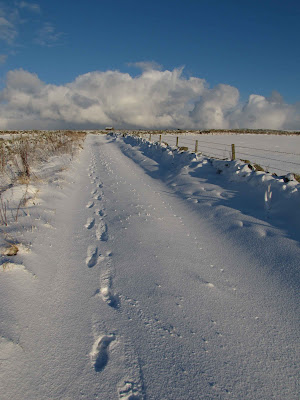 Wow, spectacular snow, nothing too major down here as yet but its not much further north than us so could well be on its way!
Was due to see Norma Waterson and Eliza Carthy in Hebden recently but they cancelled, not sure why? big shame.

I've seen both Norma and Eliza in the past, separately though, that's a shame, perhaps they'll return. Has the Michelle Shocked gig happened yet? Very, very envious one of my all time favourites.

Cycled to work in the snow today as car was out of the question. A bit slippy but no mishaps, no birds though.

Nah, she cancelled too.