Here's some pictures now things are back to normal as I've finished my bit of the bird report and the bird race is done and dusted (I'll post about the bird race shortly). This morning found me checking the local tetrad, yesterday's ploughing had encouraged plenty of gulls, but no white wingers, however, 28 Lesser Black-backs was a good count. Best bird was a Black-tailed Godwit, the first of the year. Snipe was calling and Curlew were on territory. 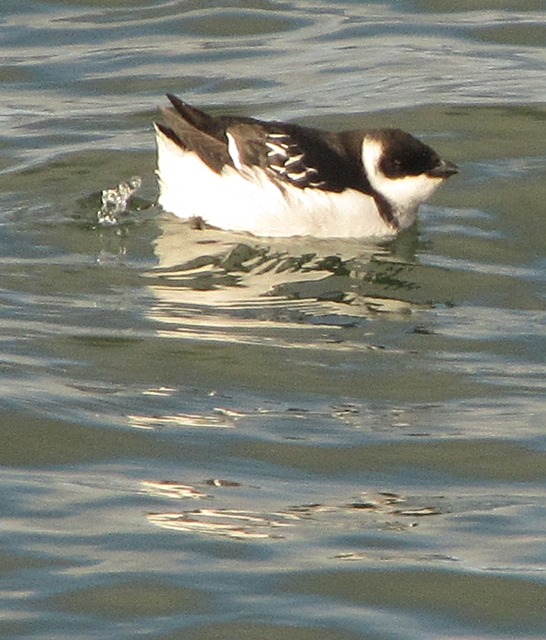 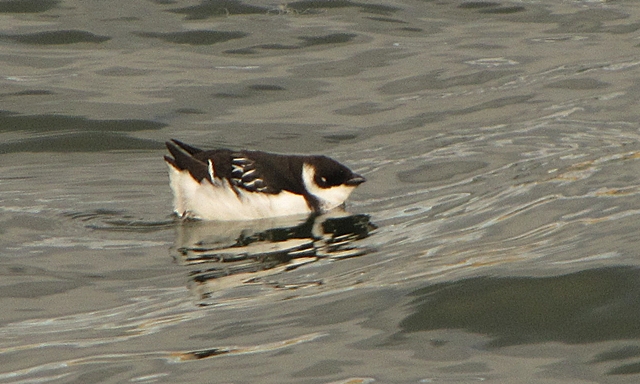 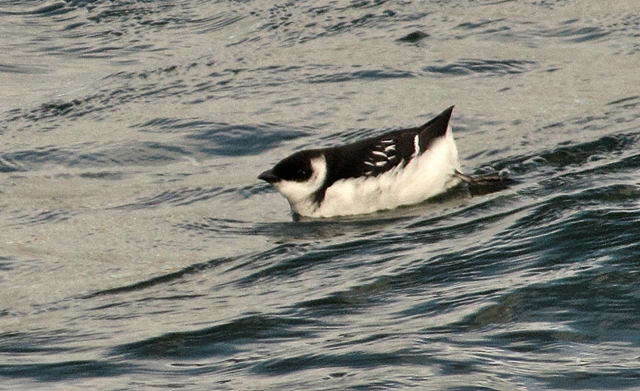 Had a bit of a tour around after checking the local patch as I had some things to get in Kirkwall. On the way I noticed that there was a lot of gull activity at the fish cages just outside Hatston so I stopped and looked. I didn't have the new Nikon scope with me but all the same in good light the faithful Zeiss did the job and I spent a good time sifting through the distant flock, in the air and loafing on the cages and water. Most surprising was the lack of any white winged gulls and in the end I counted 280 Herring Gulls, at least a third of which were 2cys. I'd thought that there were more gulls further out but when I looked carefully found they were Eider and a bit of a scan towards the harbour found some more, in the end I counted 600 which is a fairly hefty flock here. I could check the closest males and they were all standard but the distant ones and the females needed more optical power, or a boat.

There was a single Iceland Gull, a 2cy on the PDC. Shopping done I headed to Scapa and after a brief hunt around one of the reported Little Auks was found close by the quay.

Louise had a female Hen Harrier at the end of the day and I tried coaxing a Shortie towards the garden but failed. Hen Harriers pretty regularly hunt in and around the garden but I've only once had a Shortie closer than this one, 100 m or so distant, and that was at night.
Posted by Alastair at 6:20 pm No comments:

Its been grey, misty and windy for a few days now, not good for aurora watchig. On Friday you could tell something was going on as it seemed too bright and there were occaisional glimpses of green behind the clouds. Yesterday nothing doing but tonight looks and feels quite good but loads of cloud again at the moment.

Not so much planning, at least on my part, this year and we tried a different route, starting in the east and working west. Some plans went out of the window through lack of time, and maybe that walk at Orphir would have brought us a few more species, but 91 was a good total and equal to our effort last year. In addition I managed to hear the Finstown Hawfinch, which at least one other team saw and a disaster at the end with Little Grebe meant we couldn't add that to the total either as only two of us saw it and the clock ran out before it resurfaced in view. However, we did see the Burray Whimbrel (but dipped on the nearby Little Auk as two of us failed to see it before it vaporised). I was well pleased with the Toab American Wigeon which I'd dipped twice the previous weekend. Merlin at The Loons was good, both races of White-front were a combination I've not seen on a day before (only one tick though) and awkward things like Meadow Pipit, Dunnock, Song Thrush and our resident Tree Sparrow all played ball. The next effort will be in April or May when I have a go at the on the bike day, I'll need to beat last year's 71 which was a score curtailed by aweful weather in the afternoon meaning it was more like a half day score.
Posted by Alastair at 11:48 am No comments:

Not a very spring like day as a cool easterly was blasting across Harray and it stayed grey nearly all day. However, there were four Woodpigeons in the wood and two Lesser Black-backed Gulls on The Shunan. Fieldfares continue to head off with seven or so today across the fields, heading east.

The bird of the week was the Iceland Gull on The Shunan, a 2cy which flew in over my head as I was getting the girls into the car heading for work. We met the green van man on the track, picked up our parcel and had slightly better views.

I'm still battleing with the bird report, just two wader species to go now, thus the rather brief posts. Also it is bird race time and there is a crown to be defended. A certain amount of preparation has gone on but I wasn't very enthusiastic today and anyway had to go on a mission to Kirkwall to replace the completely disintegrated toilet seat which had been capable of giving one a nasty nip on the bum given the chance.

Some track repairs this afternoon ended up with the trailer shedding a tyre, should have checked the tyre pressures shoudn't I ...

The target for tomorrow is to better last year's 91, we shall see.
Posted by Alastair at 10:09 pm No comments: