... are a sign of spring here. I'd thought I'd glimpsed a small flock fly as I took younger daughter to the school bus earlier in the week but had discounted them as uncertain. I'd stood outside in the dark, late evening, on a few occasions but failed to hear any. 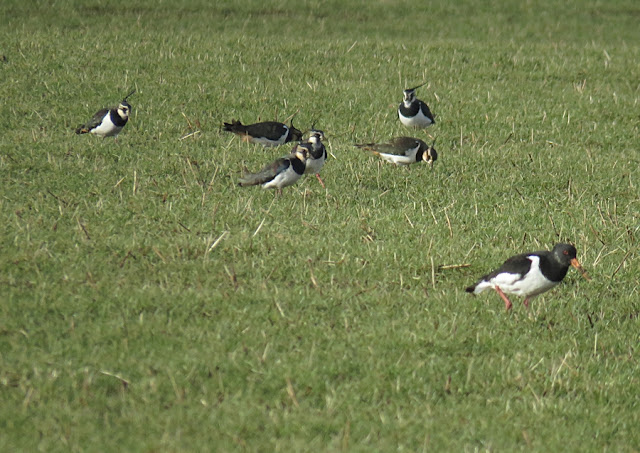 But early afternoon today there were six amongst the Lapwing flock, and by the time I returned at fourish there were more than eighty.

The week has been different. Feeding and mucking out the ponies every morning and evening with younger daughter as Louise and elder were off, first to Edinburgh and then to Brighton for university interviews, a successful endeavour as it turned out (thankfully).It's not as easy to get to an interview from here, Brighton was a four day trip. Walking the dog near the pony stables twice every day,but it being mostly dark, not many birds. It's been cold. Our boiler fuel situation has been worrying, saved at the last by HIS who brought 26 tonnes of pellets up and replenished us with a few days in hand. We do have some alternatives but, leaving the boiler off during the mornings has demonstrated how cold it is without that general warmth that it brings through the house. The wind takes the heat out of the house.

I'll post rook stuff in the other blog. They've been hanging out and checking the rookery on the sunnier calmer days. A usual pattern. Some cavorting. 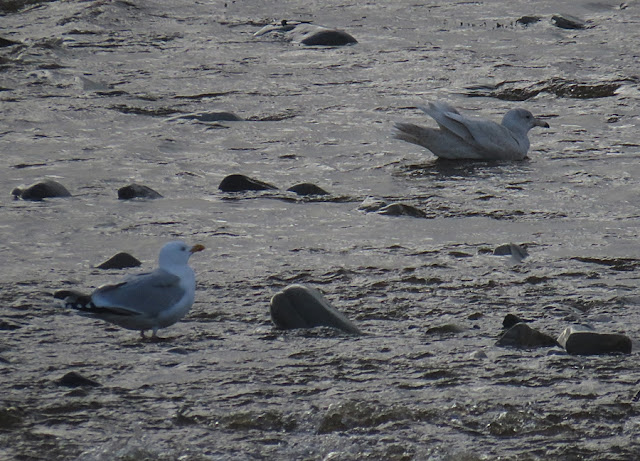 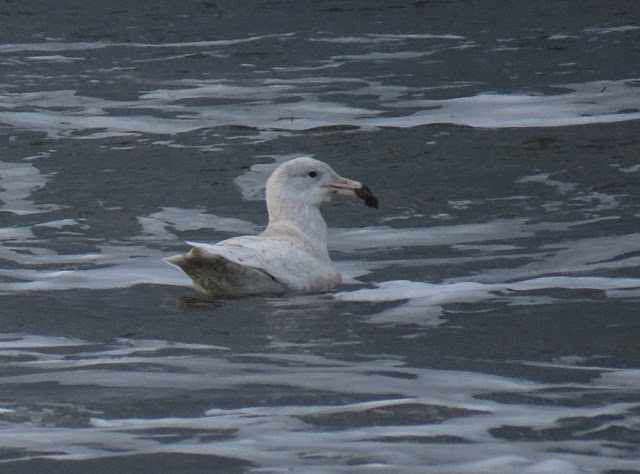 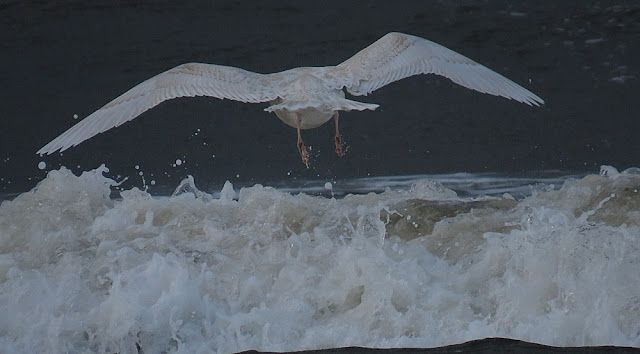 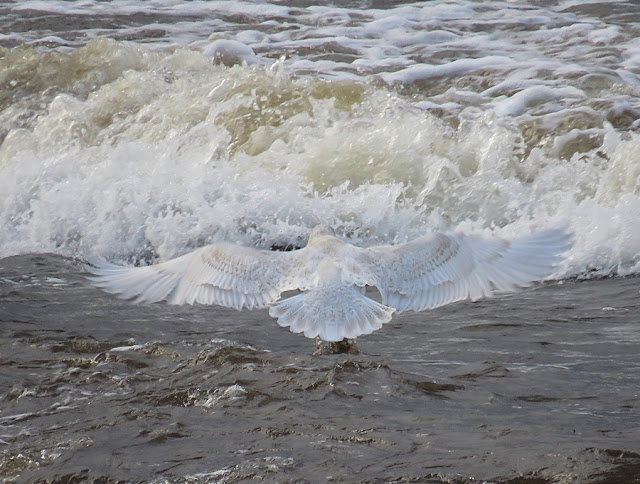 A very pale 2cy, one of three Glaucous at Palace this afternoon, there had been five and an Ice earlier. 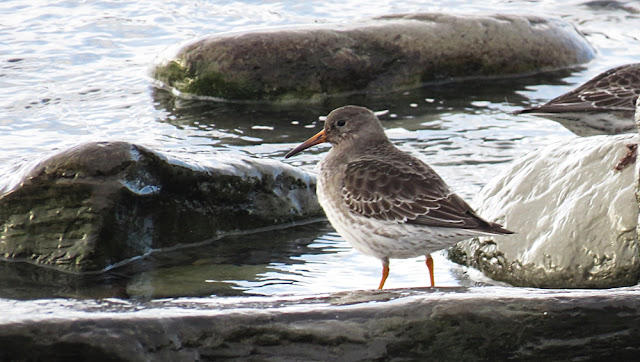 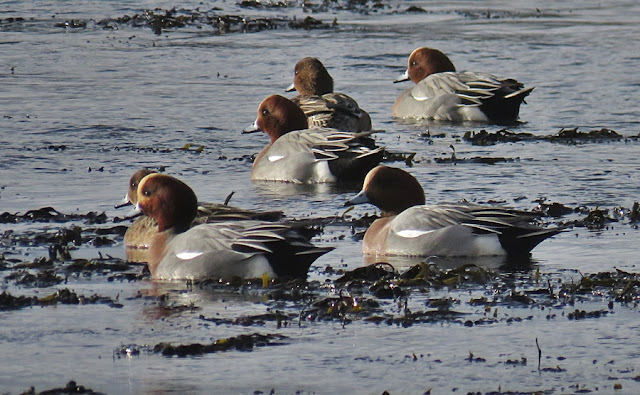 Ermine stoat across the track this morn 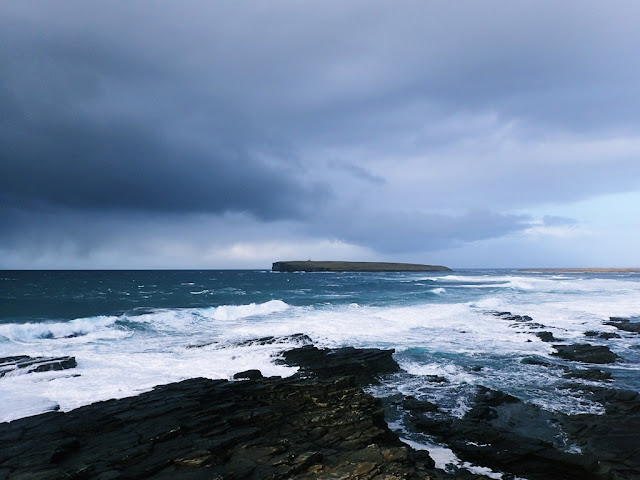 Later (added) I watched Before Midnight, the Richard Linklater film and the third of a trilogy that has been ongoing for nearly 20 years, somehow (in my watching box set and not movie phase) I'd missed this. Like much of Linklater's work this is a verbose but uplifting film following the romance of youth, meeting again, and now, middle aged with responsibilities, phases of the couple's life. Yes it is middle class, but it explores themes of time, relationship, perseverance, creativity and just how it is to spend much of your life with someone. There is a lovely section of the film as the couple walk to the hotel, taken in one long shot. Ultimately (and despite the arguments) this is an uplifting and optimistic film and I look forward to a fourth episode in about another fifteen years time.
Posted by Alastair at 8:01 pm No comments: