Spent much of this glorious, sunny, still day on the roof of one shed or another attempting to patch the leaks. I eventually descended for lunch rather waterproofed myself. The suggested solution of just getting in the washing machine could have provided a clean solution, although the g-forces might have been somewhat disorienting.

Football has been played and the composter put in place.

Twice today I've been sureish I've heard Dunnock from next door's garden. On the first occasion I was on a shed roof covered in rubberised solution and on the second it was down in the far corner I reckoned. So it's unclaimable I think. Still 14 Blackbirds around this evening and Pied Wagtail and Twite were added to the garden list, both flyovers. 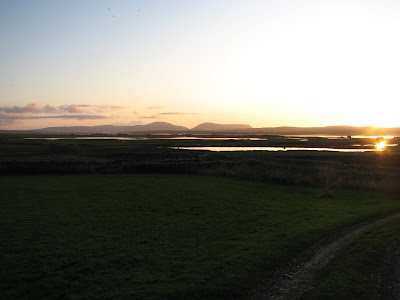 From the garden at the end of the day
At Birsay this morning there were huge numbers of Snipe on the beach. I counted nearly 100 but there could easily have been five times that many. Not much else to report there except 60 or so Purple Sandpipers and a flock of 25 Greenfinch in the village. 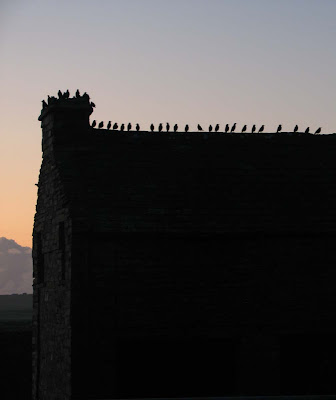