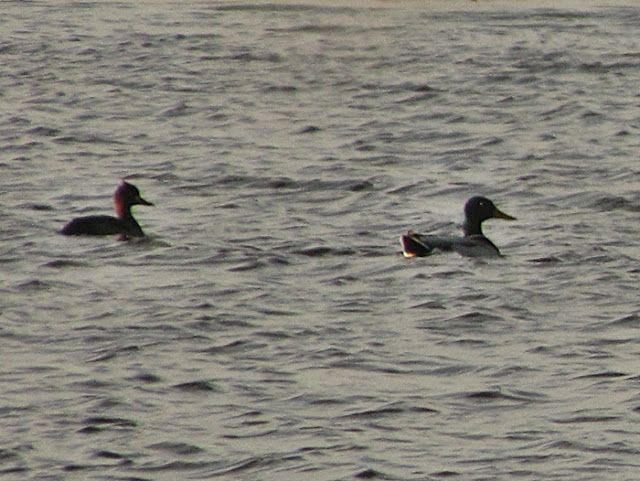 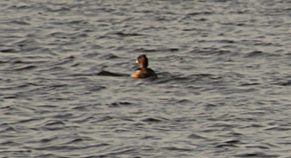 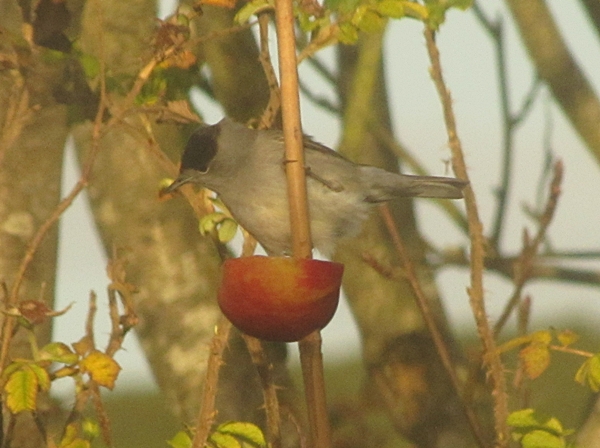 Today was still but wet. A late start due to a late finish yesterday when we went to the West Mainland Farmers' Ball and didn't return to the ranch until the early hours. Eight Whooper's on Loch of Bosquoy was a good start but there was little else there. The big surprise was the large Linnet flock that appeared in the garden, but not at the feeders early afternoon. I counted 65. This is unusual as this species is usually absent from this part of West Mainland through the winter.
Posted by Alastair at 10:37 pm No comments:

It blew up yesterday evening, and snowed, so much that the dog was unhappy about carrying on her night time stroll with all that white stuff blowing in her face. 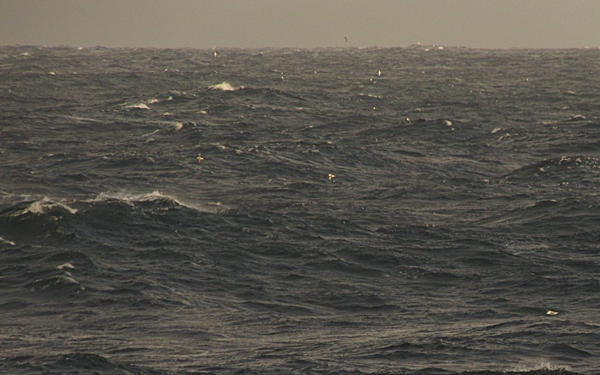 This morning it was still blowing and although it took me a while to get started, and I got distracted on the way, I got to Point of Buckquoy at 9:40 or so.  Once I'd sorted myself out, and clocked the 1cy Glaucous Gull that went west as soon as I wound the window down, I noticed that something was going on in Fulmar World. The first five minute sample count was 630. Over the next 90 minutes 10,404 went west and about 30 went east; that 's a lot of Fulmar. Amongst these I picked out three double dark morph, blue, fulmars. Also in the movement were one each of Sooty and Manx Shearwater. I'm guessing that the movement had northern origins with the blue fulmars showing but I've never seen that many fulmars in one go before. 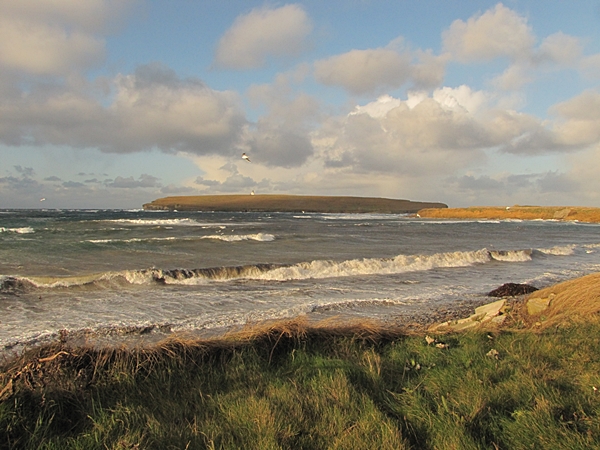 I probably should have watched longer but I wanted to check the beach for waders, Killdeer is my current ambition bird. Plenty of waders, no Killdeer. 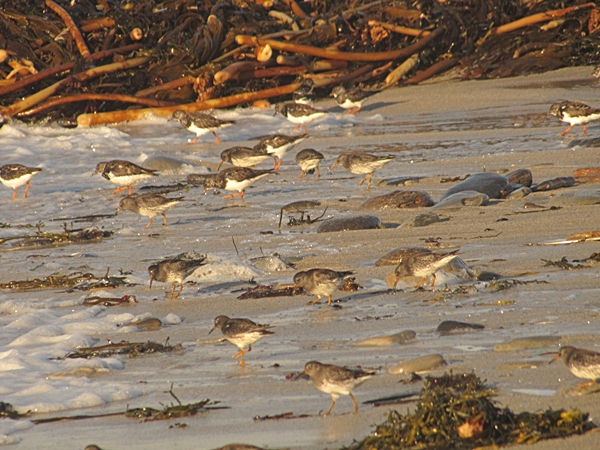 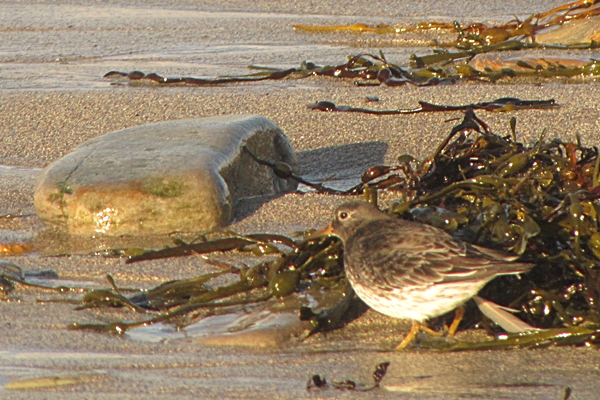 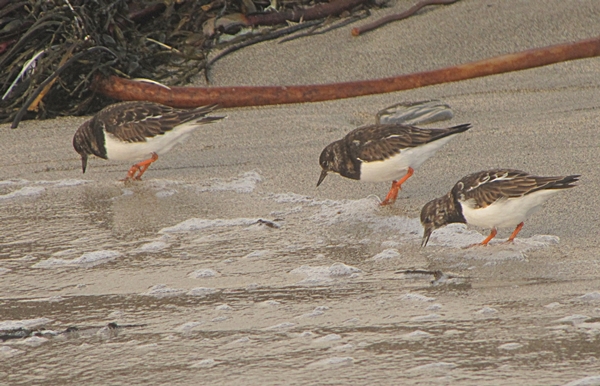 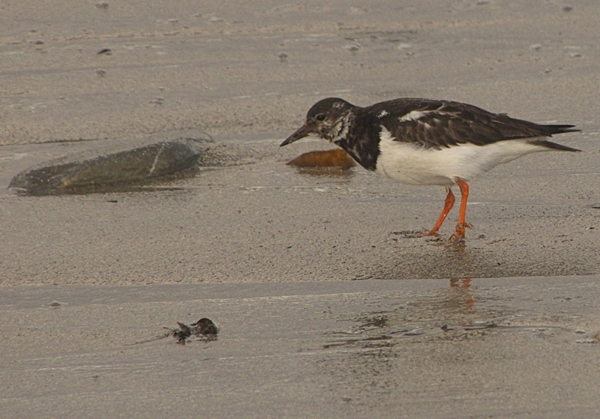 A casualty of the storm, unfortunately. Maybe his mum will find him. 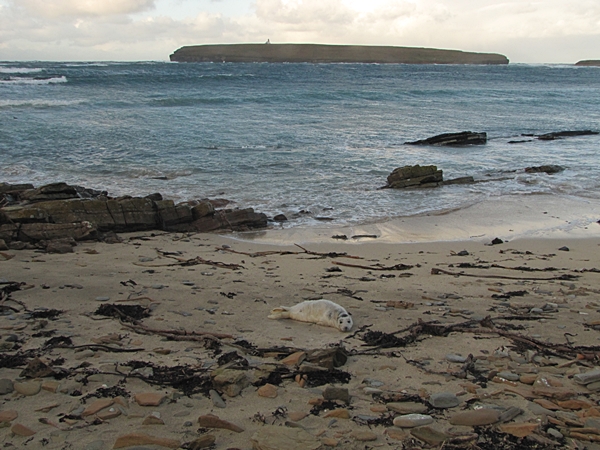 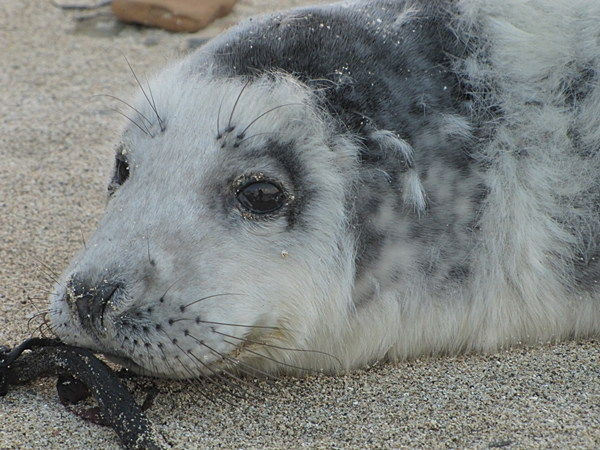 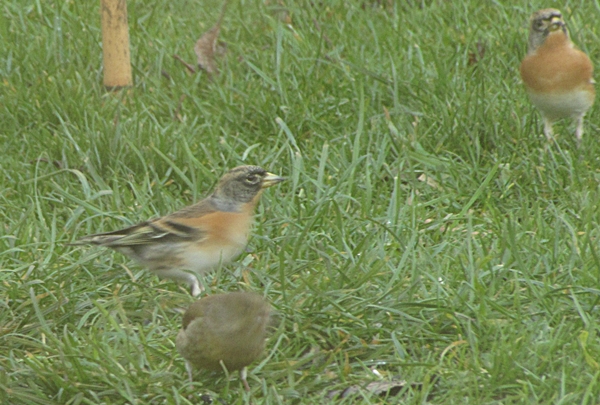 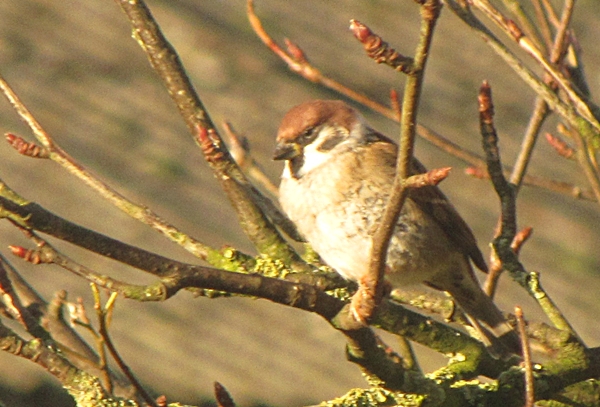 The Tree Sparrow is still here, it arrived April 2011
Posted by Alastair at 12:17 am No comments:

No birding this weekend as offspring required some attention....

The Waxwings were last seen on Wednesday. What would seem to be the same Great Spot was seen briefly yesterday. Tree Sparrow still present. 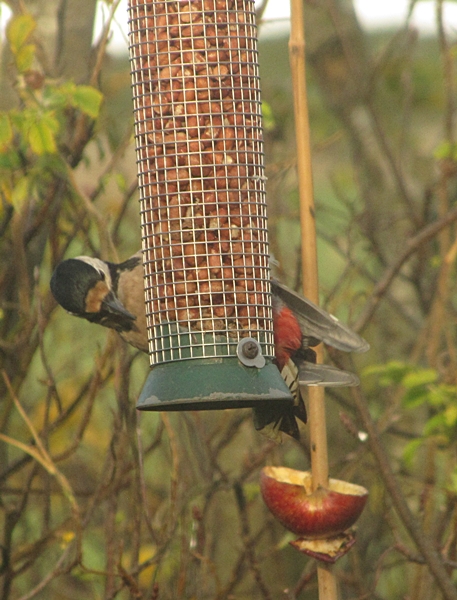 A young (2 or 3 cy; must check age; some brown feathers in mantle and I think on some coverts) male Hen harrier flew feet from the car as we went down the track this morning then across the edge of The Shunan very low and fast. 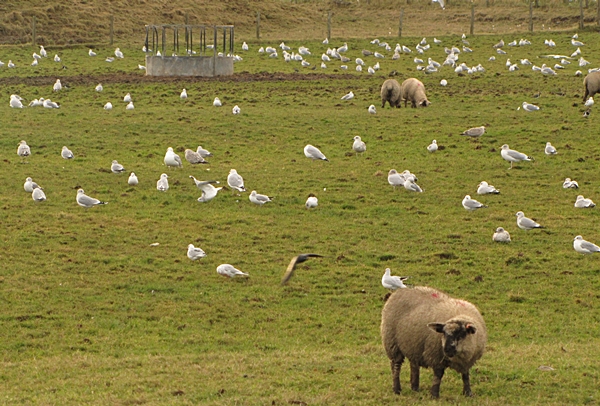 Still plenty of gulls near Hatston
Posted by Alastair at 11:04 pm No comments:

We toured around South Ronaldsay for the morning and found ... very little. Best moment was getting out of the car by a garden at Loch of Lythe to a warbler calling. A Sproghawk got out of the corner where the bird was and there was no more calling, and it looked like, in a brief view, that the Sproghawk was carrying something. A bit of a think and a quick look at Collins, and later reference to XenoCanto, confirmed the most likely ex-caller as Siberian Chiffchaff.

Back at the ranch the Great Spot was back on the feeders and was then seen to fly a long way south. There were at least 13 Blackbirds and the Waxwing flock had increased to six.
Posted by Alastair at 6:57 pm No comments:

Waxwings in the garden

I'd spent a bit of time this morning after I'd put the Chestnut-eared Bunting bait and the apples out staring out of the window in the kitchen, ever hopeful. of course as soon as I looked away to sort the toast Louise froze in a disbelieving stare in front of the sink, and there were five Waxwings. They stayed with us all day, eating two apples. 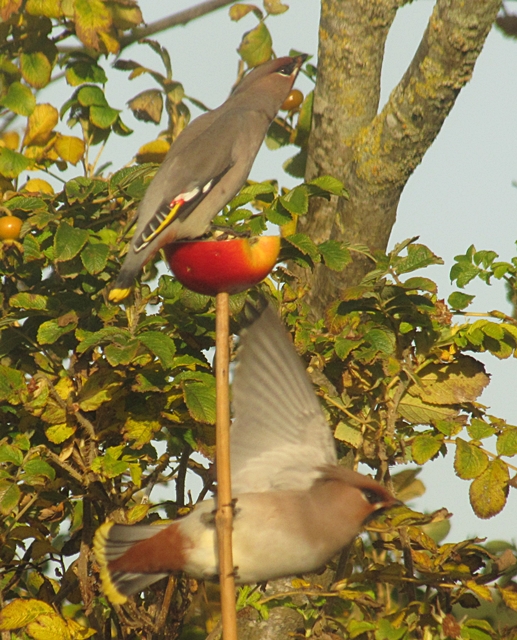 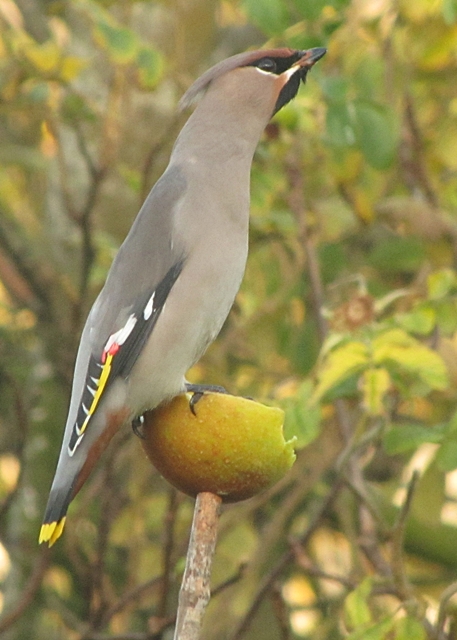 The alert posture was caused by our local Kestrels flying by, calling 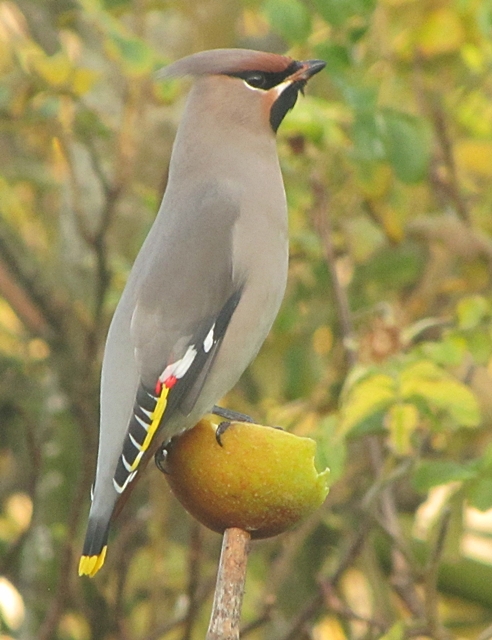 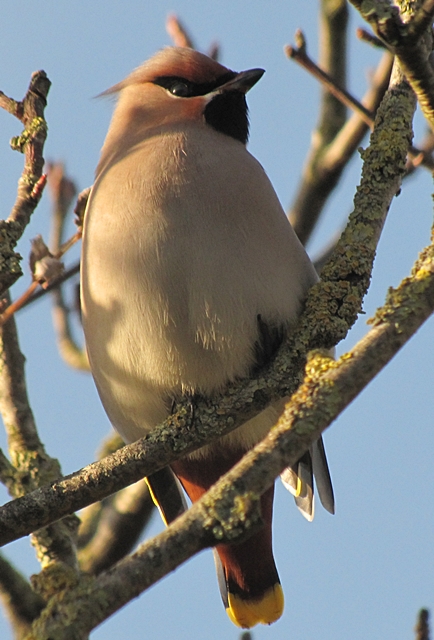 I could walk to within a few feet of this bird 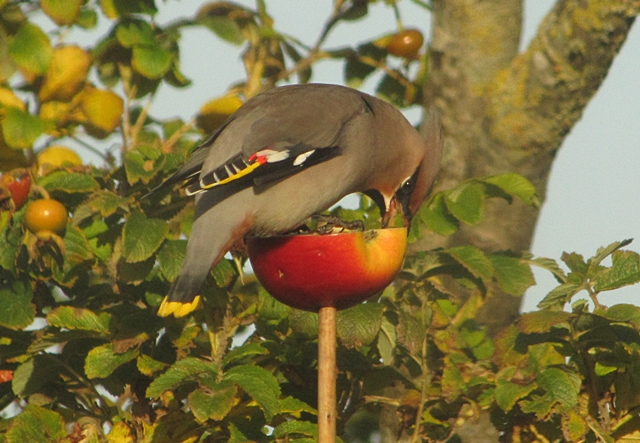 The apple on the stick trick 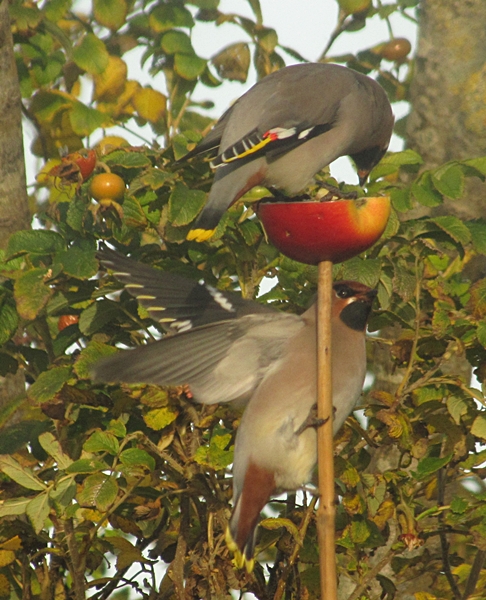 Midday brought more excitement in the shape of a second Great Spotted Woodpecker for the garden for the year. I think this is only the third county record this year, the only one not in our garden being on North Ronaldsay; in any event this species is pretty uncommon here. 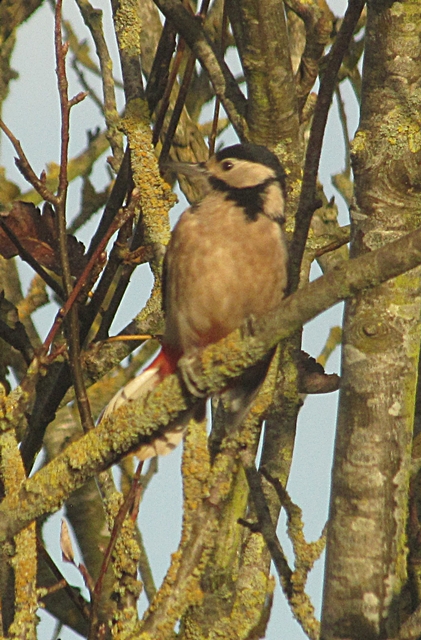 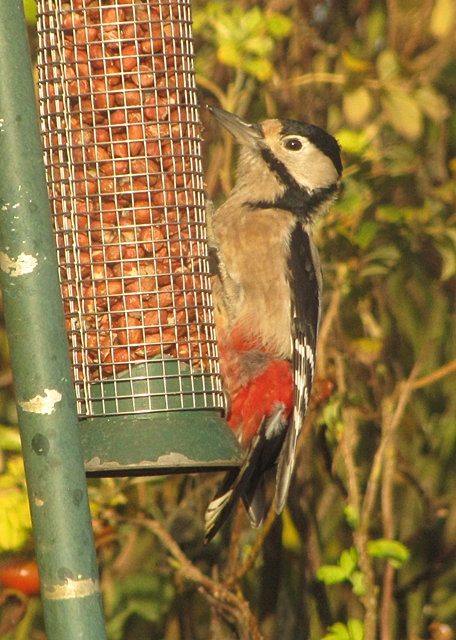 Down on The Shunan there was a Goldeneye as well as the semi-resident Tuftie.

Loch of Bosquoy produced just a Short-eared Owl and four Shoveler amongst the legions of Wigeon.Of more interest was the large gull flock just outside Kirkwall, at Hatston. Despite giving them a fiar bit of scrutiny I couldn't dig out anything of note, maybe tomorrow...
Posted by Alastair at 10:23 pm No comments: