The mothing season has finally got going and I'm starting to catch interesting things. There is a huge invasion of Silver Y, some turning up in the traps but many flying around everywhere and at dusk the front Sycamore tree is full of them, perhaps 200 mid week. Along with these there has been the odd Red Admiral, a few Diamond-backed Moths and a few Dark Sword-grass. Two new hoverflies for the county have been recorded in the week as well, one, if not both species have turned up in the garden subsequently, I have quite a few hovers awaiting id. 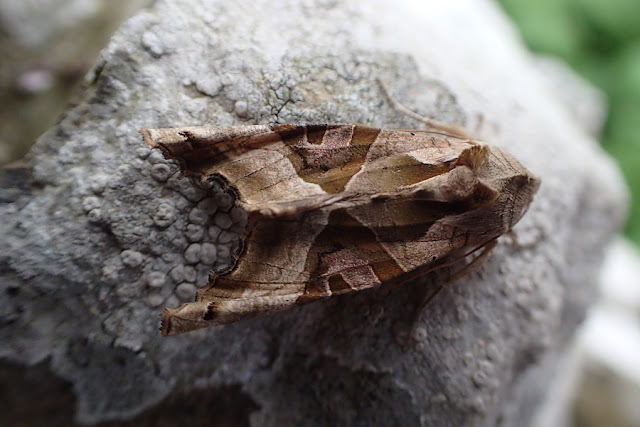 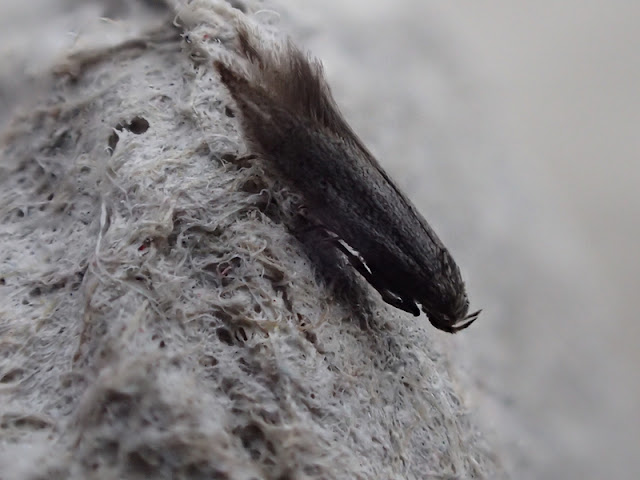 Tiny, and easily overlooked but hard to get to species, Coleophera sp 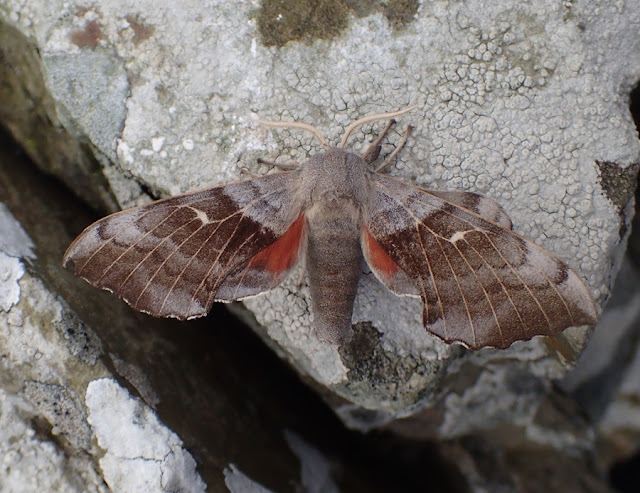 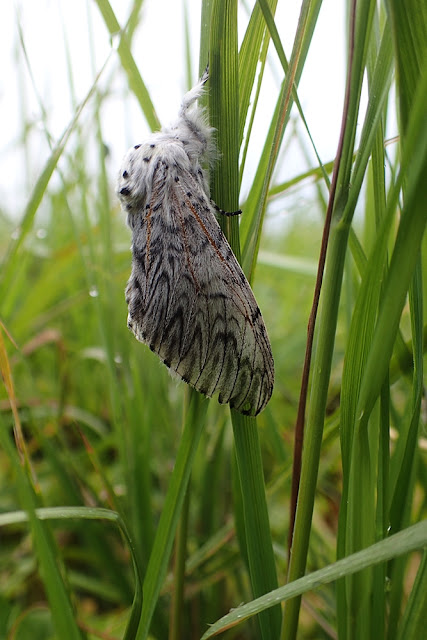 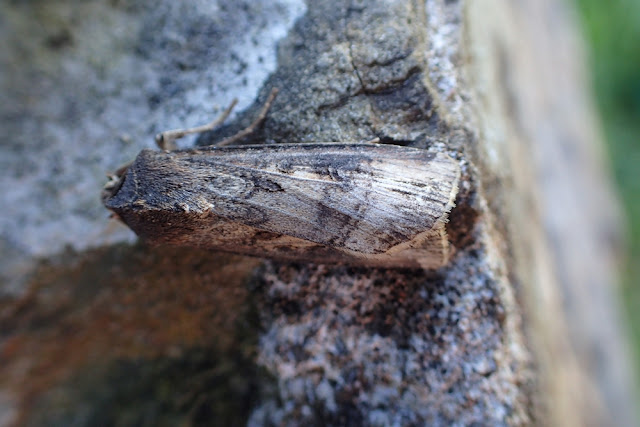 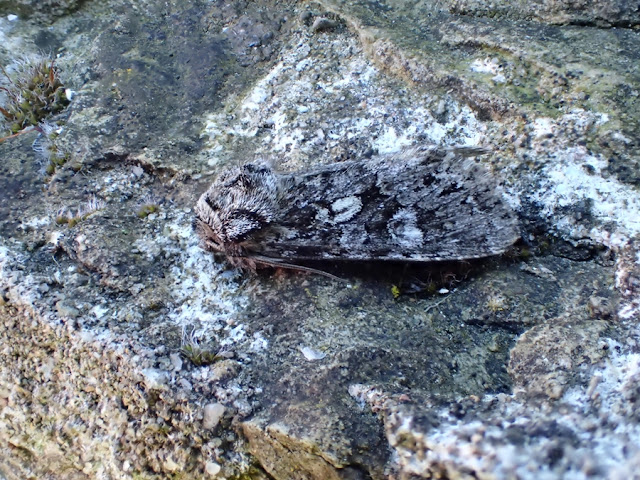 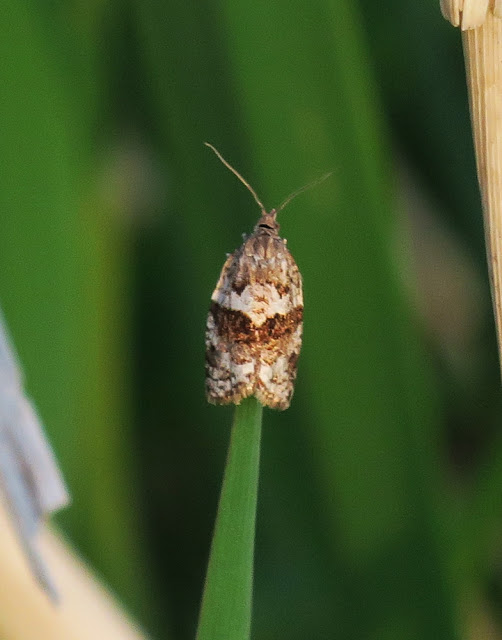 One evening there were about 45 Sandy Carpet on the wing on the walk to and near Loch of Bosquoy, they seemed to be concentrated around the Reed Canary Grass on the banks of the burns. 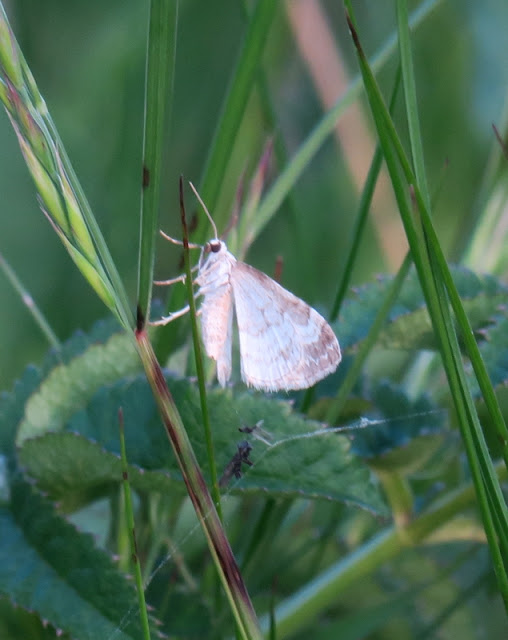 Not the easiest things to photograph 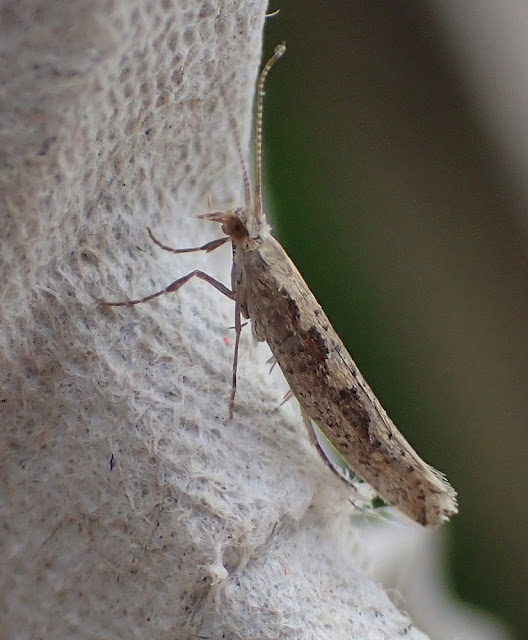 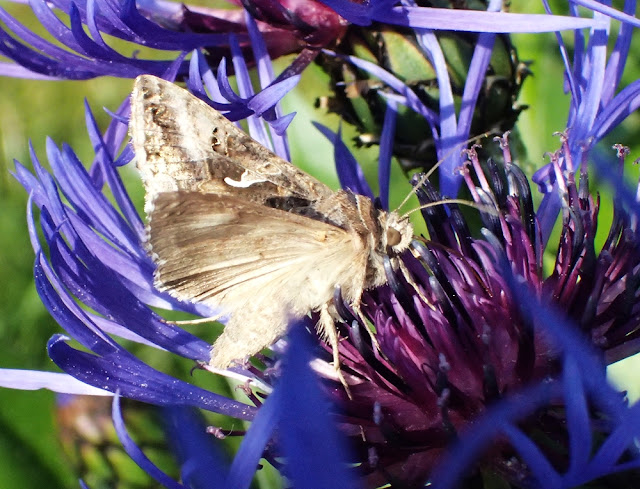 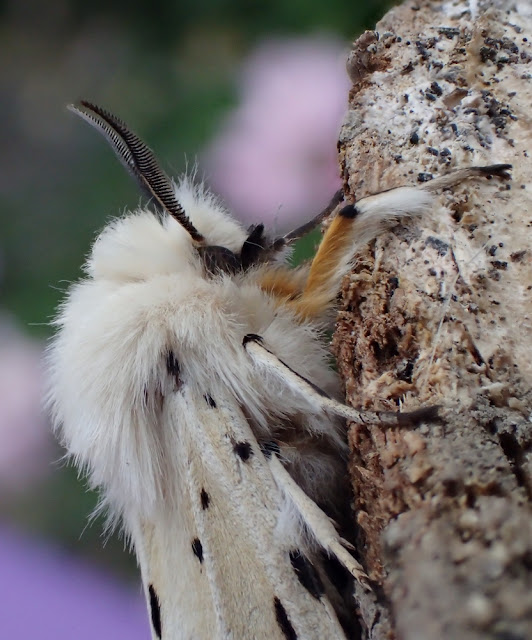 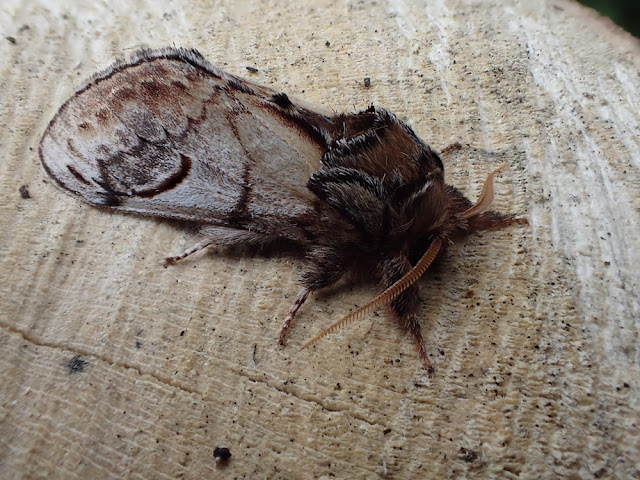 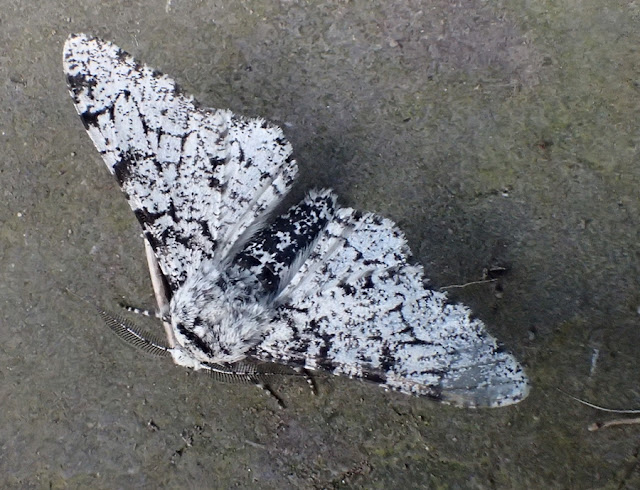 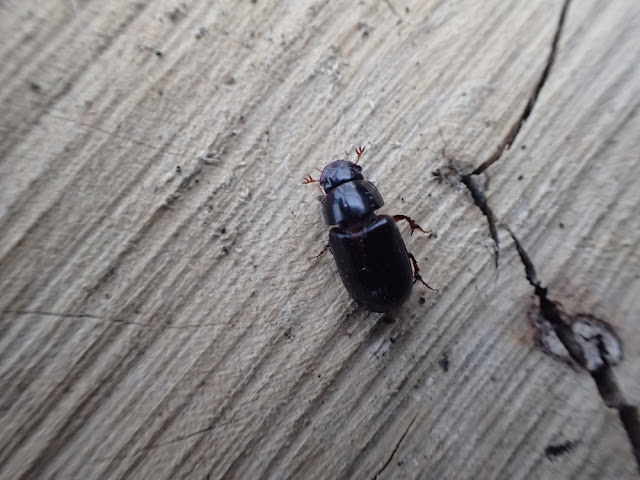 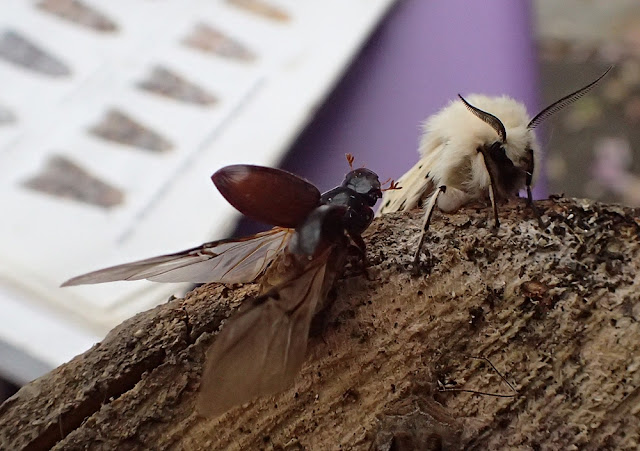 I've recently been trying to key out some Aphodius beetles, not easy. This one is simple though, bigger tahn 9mm, comes to light = rufipes. I've just packaged up a large number of tubes and sent them off to an expert. 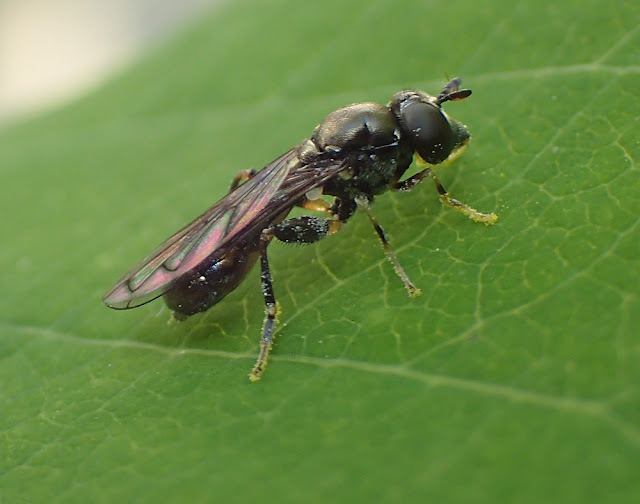 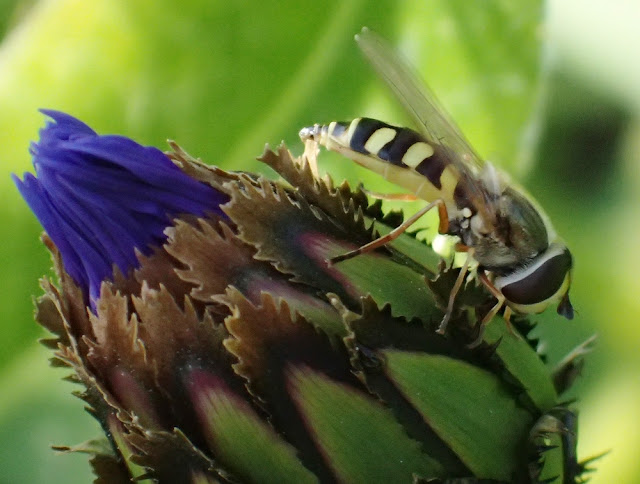 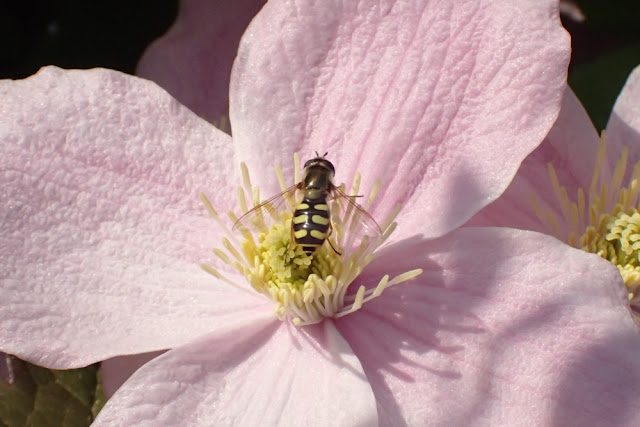 This is likely the same species but, not a good enough view. 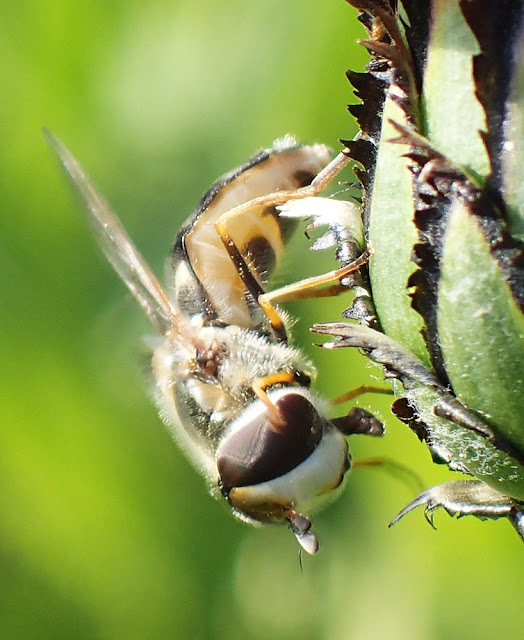 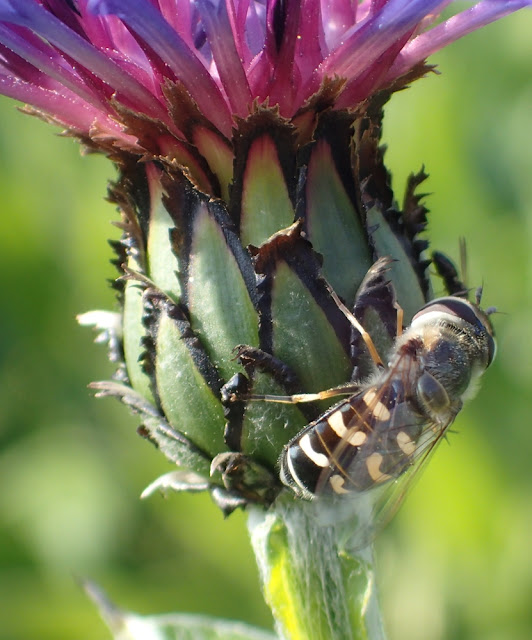 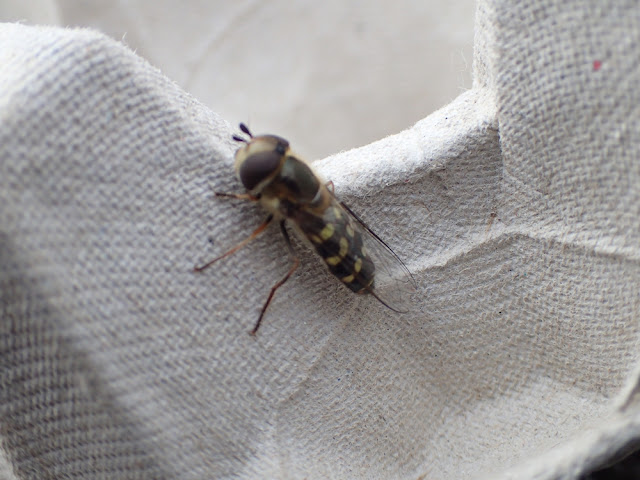 ...and this is likely Scaeva selenitica, unfortunately it escaped, it would be new for Orkney.

Redpolls are still seen in the garden everyday, numbers are reduced but there are two or three still coming to the Niger. Chaffinch appears to have attempted to breed for the first time, success unknown, Robin is breeding for the second time and currently has fledged young. It looks as if Dunnock may well be breeding also. On The Shunan the displaying Ruff moved on. Mallard have two broods and I am awaiting the other ducks. A stoat has been seen by others regularly down at The Shunan, probably predating waders. When we were at Yesnaby last weekend we watched on causing havoc, charging around the breeding Oystercatchers, Lapwings and Ringed Plovers, probably taking a Ringed Plover's egg.

Out at Birsay the star has been the Little Stint found yesterday.

Posted by Alastair at 3:48 pm No comments: