A WBD was finally confirmed off South Ron today, this bird has been seen a few times but I don't think anyone had nailed the ID before, well done JB. What with ALs bird off Papay on Friday, in full summer plumage to boot there are clearly a few around.

It would have been very neat to have rebounded JBs bird with my own (we're having a bit of a listing competition) and but for a couple of seconds I think I would have, unfortunately.... I'd gone to the Broch of Gurness with that very plan in mind. Having scanned the water for about half an hour, two GNDs, one very smart in summer plumage, and two Red-throats, I decided to look at the hills of Rousay, across the sound, for raptors. As I was scanning the hill tops a diver flew through the scope. I realised immediately it was one of the big two and the huge feet and goose like flight made me think it was more likely a WBD. (I do see quite a few GNDs flying, this bird did have proportionately huge feet and an even slower wing beat than I'd have expected.) Trouble was I got on it too late and couldn't see the head properly, so I'll never know, as it just got higher and headed north to the open sea.

However, there were other highlights today, displaying Arctic Skuas over the moors,  a Siskin on the garden feeders (first for the year), great views of Short-eared Owls and (live, healthy) Hen Harriers, including a fair bit of sky-dancing, a smart Black-tailed Godwit appeared on The Shunan late afternoon too. 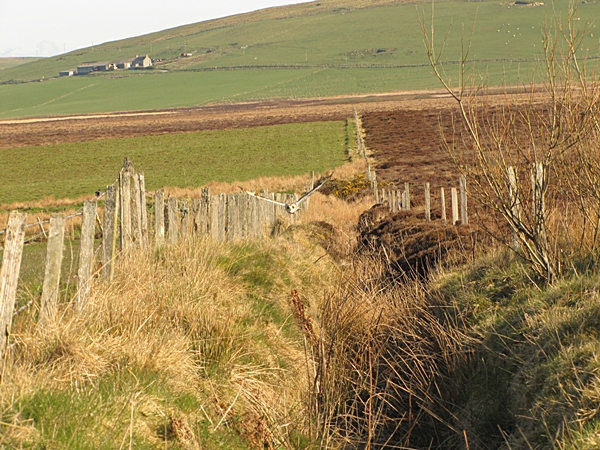 The Short-eared Owl had been sitting on a fence post and I'd stopped hoping for a picture but it flew off. I pulled in and parked as i wanted to check this spot for redpolls and saw the owl coming straight at me up the ditch. 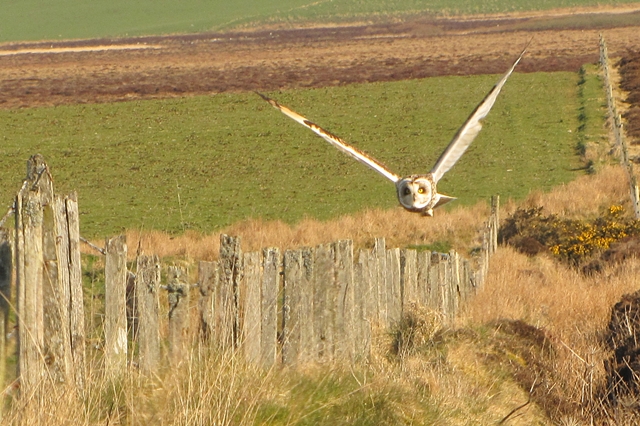 This is the cropped second picture (probably the sharpest) 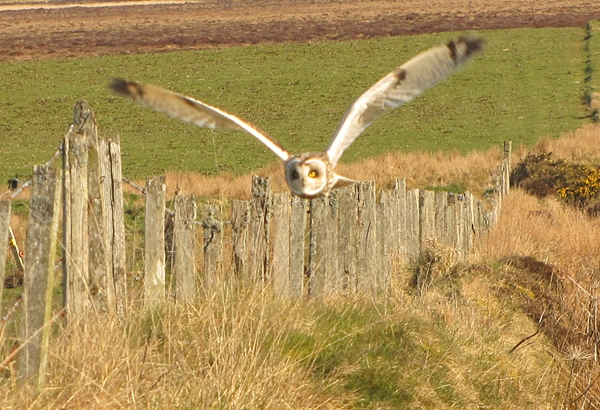 ...and this is shortly before it flew in the car window and shared a biscuit
Posted by Alastair at 11:55 pm No comments:

Eating tea in the garden on a lovely evening and occasionally scanning with the scope - Red th Diver overhead, Shortie, Hen Harrier, selection of ducks and corvids. Then, ****! Male Hen Harrier about a mile away obviously caught in a fence. Leap into car with trusty assistant and a short drive, a bit of a tramp and a few gates and fences later we get there. Hen Harrier well and truly stuck in a single strand, a barb embedded in a wing muscle. 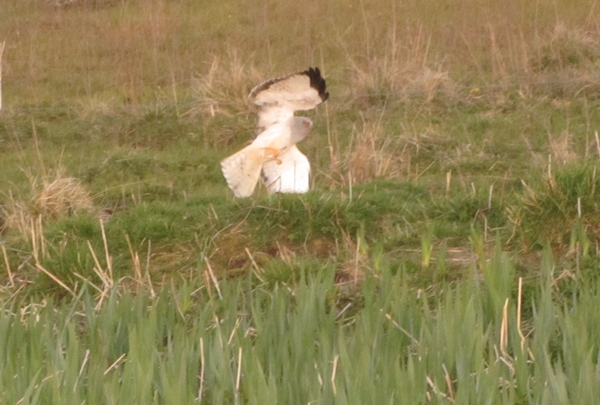 Not how you want to see a Hen Harrier

Manage to get it out but it doesn't look great, muscle a mess so a call and manage to get hold of AL who kindly drives half way. The bird's knackered though, I already had figured this as I'd fairly easily managed to extract the talon from my thumb. There's a vet here who will look at such casualties but we don't hold out much hope. The death of the male could lead to several nests failing, depending how many females he's servicing. I hate barbed wire. 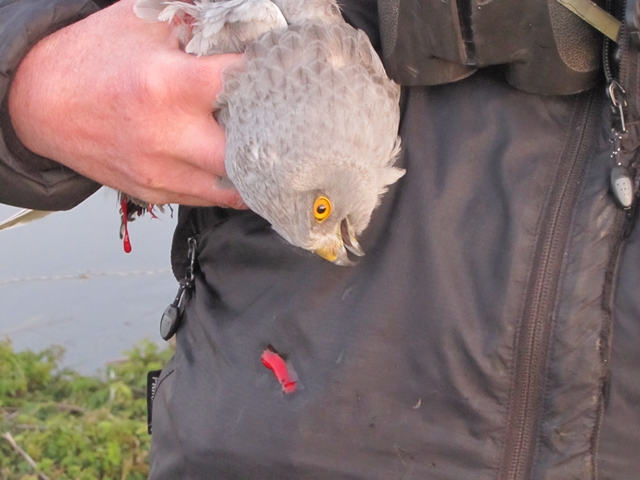 That's harrier blood, not mine on the jacket, and you can see its in a bit of a state

Not the best end to an otherwise rather good day.
Posted by Alastair at 10:42 pm 6 comments:

Have been away south, seeing (the now murdered) Caper at Loch Morlich and seeing Black Grouse, the first I've seen for twenty years I reckon.

Migrants are now appearing, two Grey Plover on Loch of Bosquoy this morning were a surprise, Wheatears, Swallow and White Wagtail at Birsay yesterday. There were still two Glaucous Gulls at Loch of Skaill this evening. Up to three Brambling were in the garden yesterday as was a Goldfinch this evening. It seems a White-tailed Eagle may have flown by this afternoon whilst I was clearing out the shed...
Posted by Alastair at 11:47 pm 2 comments: