Chairs and a crane

I'll never look at a chair in quite the same way again (By the seat of your pants) http://plutotlavie.org.uk/?page_id=145

Scooting out from work at five and a quick detour to see the Crane at Tufta, it was rather bedraggled in the dire rain and breeze but nice all the same. Good chance of finding one at the moment, just tour those ploughed and harrowed fields.

Just been to hear Erland Cooper, Simon Tong, Hannah Peel - The Magnetic North - http://www.symphonyofthemagneticnorth.com/ in the cathedral (where the acoustics are , well, echoey). The CD is echo free, however. Free streamed music on the website, enjoy.

(You might gather its St Magnus Festival time.)
Posted by Alastair at 11:17 pm No comments:

You will probably need to turn this up a bit....

No you can't see it, hopefully you can hear it.
Posted by Alastair at 11:31 pm No comments: 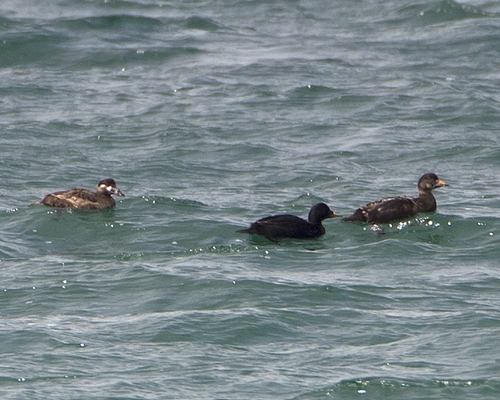 Well it all got a bit exciting for a moment there with one of the scoters from last week being mooted as a Black Scoter (right hand bird above). Unfortunately when I went back today two of the original six had disappeared. I did think that the bird photographed the other day was possibly still there, based on individual markings. If it was then I'm pretty confident, although not rock solid, that it is Common Scoter. Hopefully I'll be able to post the photo shortly (not my pic, so awaiting clearance).

Other things? Well a nice juvvy wheatear at Hoxa head this afternoon. The Tree Sparrow and a few Siskin are still frequenting the garden, and I was pretty sure I heard a Greenshank on Burray but of course it called just as I got out of the car and not again and couldn't be relocated. The cuckoo is still present up behind our house.

Here is one of Morris Rendall's pics of my faithful Tree Sparrow, a cracking image as always, Morris. 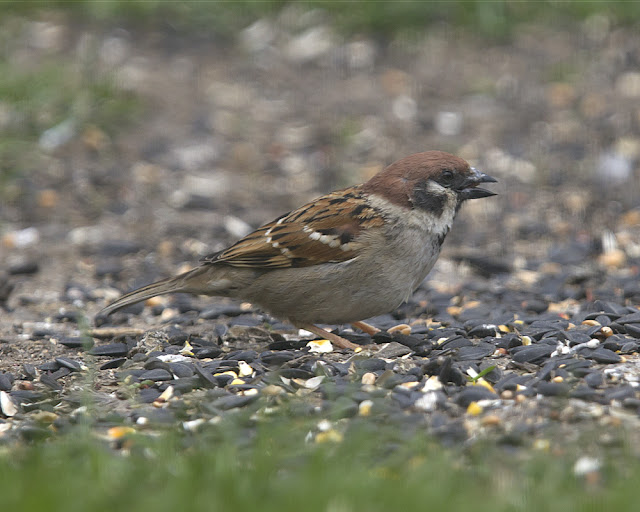 A bit of a fall

Well I knew I should have gone to NRon but diplomatically it wasn't really on and anyway I'm puffed out at the moment with work tooooooooooooooo much, so I slept until after 9 on Saturday and didn't go birding really, not much, just a few looks at The Shunan, and a trip to Evie, oh, and a peek at Bosquoy. But I didn't see a Paddyfield Warbler nor a Marsh Warbler (tho' thanks to Martin G I do know now exactly how to identify the next unstreaked Accro I find - look here, nice, thanks Martin).

Anyway, I was a bit more frisky on Sunday and managed to get myself down the track by 05:20. Nothing much on The S so the plan was a South Ron raid. First stop though was Echnaloch Bay on Burray to hunt out the previous day's apparently unconfirmed (actually PH had seen it) subadult, female Surfie. First couple of scans failed to find it and its Common (presumed) companions but that just because they were re-enacting a U-Boat raid on Scapa Flow. When I did connect they were surprisingly closer than I had expected, indeed if I had remembered to take Martin G's handy book or my memory I would have been able to eliminate Black Scoter also I reckon. Anyway the spotty headed one showed quite well and was convenient for a good grilling. Interestingly small against the CSs, Velvet would be larger, it presented with a flat topped, bulky head, with a dark crown and nape (there was no white on the hind neck) on a small body, it was interestingly brown, really quite pale on the wings and when it helpfully flapped there was no white panel. Job done. At that point PH turned up and spilled the beans on some migrants that I needed for the year listing competition. Cara Bushes produced a singing Whitethroat after a bit of thrashing about and then I headed south for Hestily, where I dipped a Redstart; Windwick, where there were a pair of Common Scoter (again presumed, I've got the criteria embedded now though); Cleat and area where there were a number of Spotted Flycatchers, including a rather dark one, another Whitethroat and Chiff and Willow. 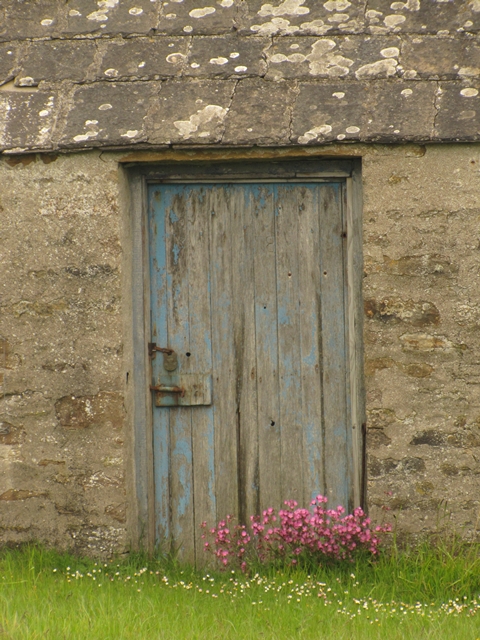 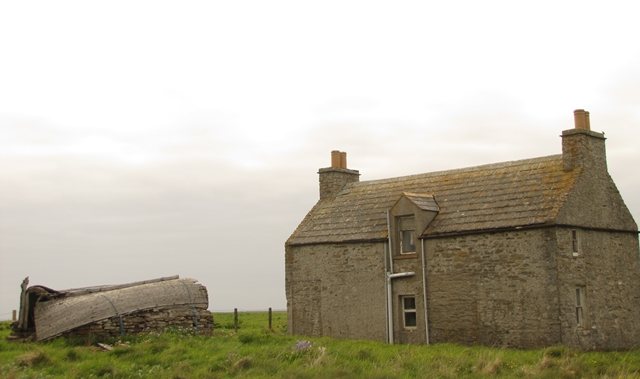 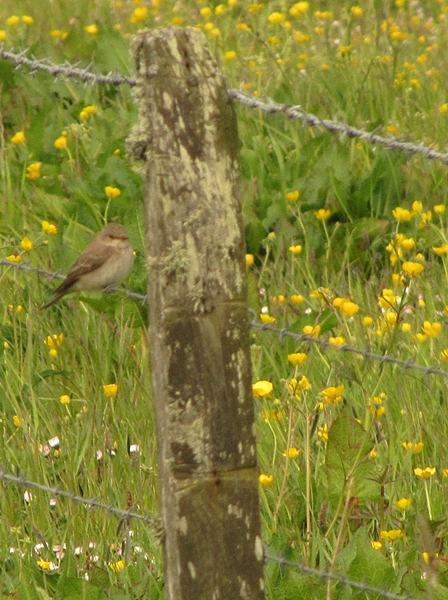 Some pix from the South Ronaldsay outing

....and I got home just in time to take the dog for a walk. But there weren't any birds up on the moor and all I got was a stream of texts telling me what I was missing on the boat trip that I'd (wisely as it turned out) failed to book on to. Eventually the texters owned up that the stories of flocks of L-tSkuas and Black Terns were fiction. However, JB found a nice Golden Oriole on Deerness late in the afternoon, but by that time I was in the pub.

At home the Siskin flock of four (five today) remained, the new Nyjer feeder having finally pulled something in, the Cuckoo continued to sing up the back and The Shunan continued to be rather quiet. Bosquoy produced three Pintail though and the tiny inland Arctic Tern colony there seems to have survived. 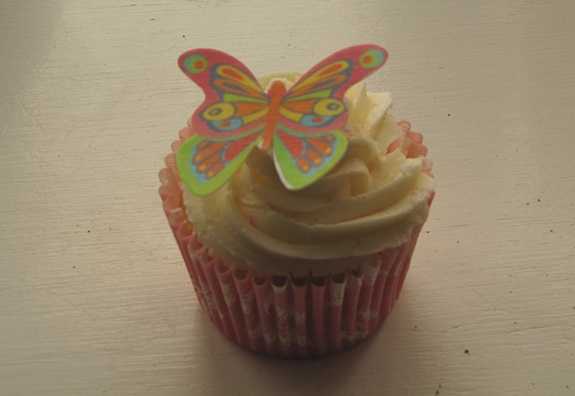 Cupcake (with edible Lepidoptera)
Posted by Alastair at 11:37 pm 2 comments:

I had to work away for a week, which was ok, especially as there were few interesting birds, however, good to get home.

Friends arrived from South on the Friday evening so the weekend was spent hunting for good things and seeing the sights. 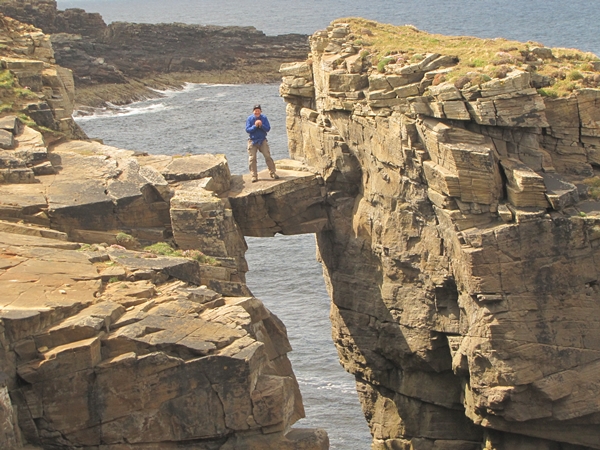 Er, TC, that might not be the best place to go seawatching 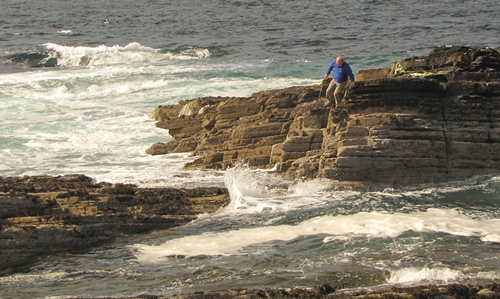 Maybe that's not so great either

Yesnaby produced a nice Mealy Redpoll on Saturday, as well as a good selection of Arctic Skuas. At Birsay we found that as I suspected the previous week the Arctic Terns had decided to leave. Maybe they'll try elsewhere.

We clambered around on rocks and went rock pooling, just have to mind where you step. 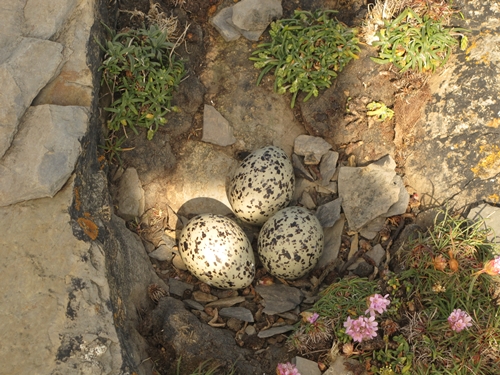 Oystercatchers sneak off and then you have to keep your eyes skinned.

There was a Green Sand on The Shunan and a Cuckoo up behind the house. Later in the day we went to Mar Wick. 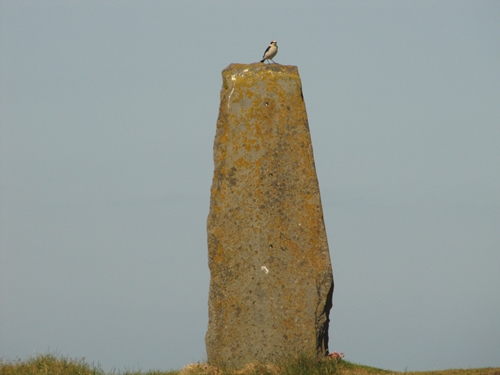 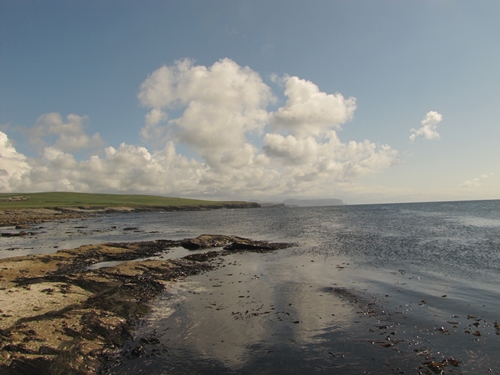 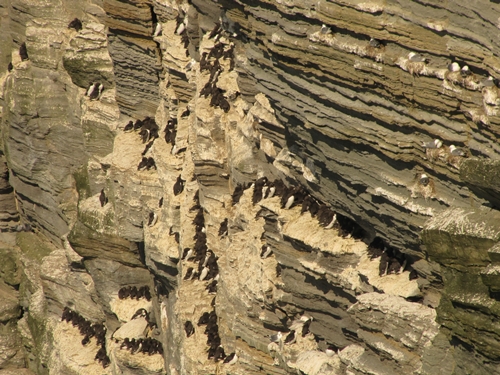 The weekend disappeared rather sharply.

After work yesterday, a lazy start this morning involved trout fishing with youngest offspring, we caught three, let two go (under-sized), and she had baked trout for lunch.

I wandered down to The Shunan to fill in pot holes mid afternoon and bumped straight into a Red-necked Phalarope, another female, it hadn't been there earlier. Also there a Blackwit, a Ringed Plover, a pair of Common Sands and five or so Dunlin. One pair of Coot have young and there are two broods of Greylags, a three and a five. Work again tomorrow...
Posted by Alastair at 11:32 pm 2 comments: