The wind blew easterly and shortly after my ill-judged trip to North Ronaldsay there were migrants everywhere. Flights out to the island were cancelled in the mornings due to fog so getting out there wasn't really on but I made the best of it on Mainland. A good seawatch and some decent migrant hunting didn't turn up anything startling, perhaps the Reed Warbler at Palace being the best, but it was all quite exciting nonetheless.

The one that got away was a likely Citrine Wag on the beach at Birsay this morning which I heard call a couple of times but just could not locate.

Point of Ayre produced 9 Sooties on Thursday morning. A search around a nearby plantation found a Pied Fly.

Saturday was the day of the Reed Warbler, over which I spent about an hour to ensure that it wasn't Marsh, it exhibited rather an unmarked face apart from a very distinct eye ring, it had very well marked primary tips; unfortunately it also had a rather long bill, quite even brown plumage and dark brownish legs. 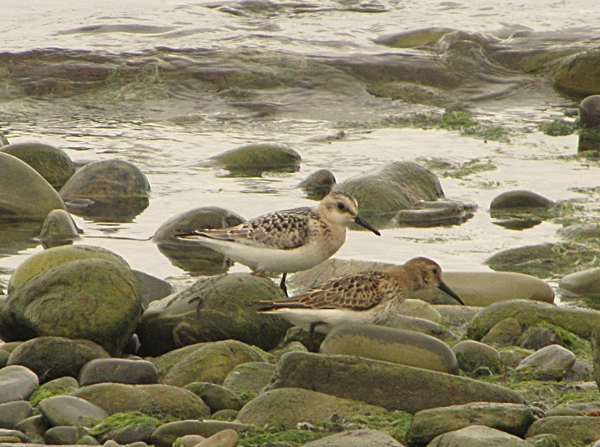 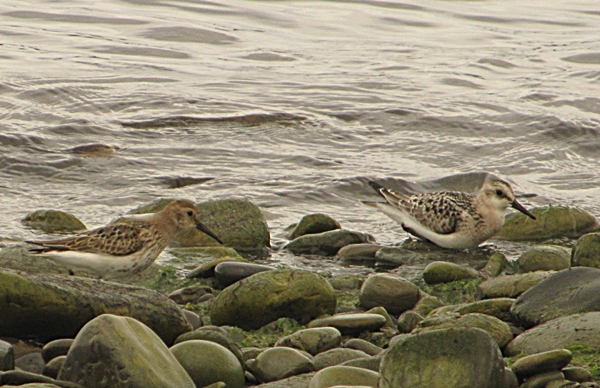 A Dunlin and a Sanderling

This morning there were piles of waders on Palace Beach, including at least 12 Knot and a Ruff. The Shunan has held up to two Blackwits and a Greenshank. Loch of Bosquoy continues to host a male Marsh Harrier.
Posted by Alastair at 10:15 pm No comments:

Saturday morning and there appeared to be a small drop at Palace, first a nice adult White Wagtail and then an excellent Black Redstart, both on the Links Beach. Also present were six Grey Herons and a Sandwich Tern.

Encouraged by all this I weakened and went for the Black-headed Bunting on Sunday. This involved over three hours out on the boat, with a little entertainment from a 16 or so Arctic Skuas then just three and a half hours on North Ron before another three hours + back on the boat. The good news was the bunting was there and was seen just a few minutes before I arrived, the bad news was it did its vapourising trick when I started looking for it. Then 50 mins before the boat was due to leave news of a Citrine Wag came in, but from the north of the island. I needed to catch this boat so reluctantly declined the lift to go and search for it; it was found but a while later at a new location. Double dip.

The trip back was long and rather tedious with just a few migrating and distant waders and a couple of Manx to enliven the proceedings.
Posted by Alastair at 3:59 pm No comments:

I've been unable to get out to North Ron for the Black-headed Bunting, various domestic duties intervening. There have been up to seven Blackwits on The Shunan and the occasional Greenshank, a Pink-footed Goose has been hanging around as well.

Seawatching has looked promising, despite the not so good winds and another Sooty and a Manx today were nice. There have been encouraging numbers of juvenile Kittiwakes and even a few juvenile Arctic Terns passing as well.
Posted by Alastair at 11:58 pm No comments:

Dipped the Lesser-legs,, an uncharacteristic delayed response to the info resulted in the need to search and fail... So it goes. However a Ruff was a bit of a consolation prize and there were 282 Eider in the bay off Carness, but no likely suspects.

The moth trap produced the goods though with The Gothic and this (see below) which is maybe Mere Wainscott (Small Dotted Buff, just a poorly marked one) any help much appreciated. 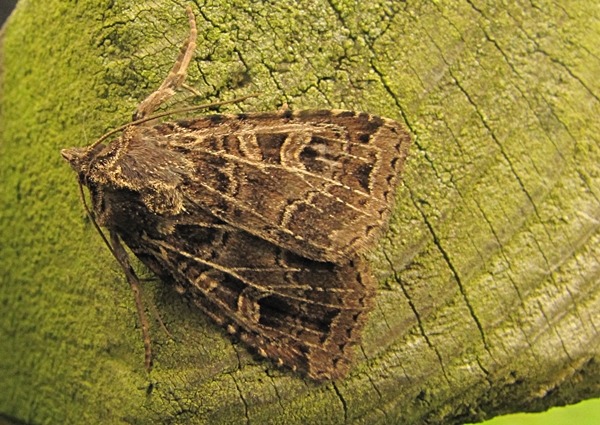 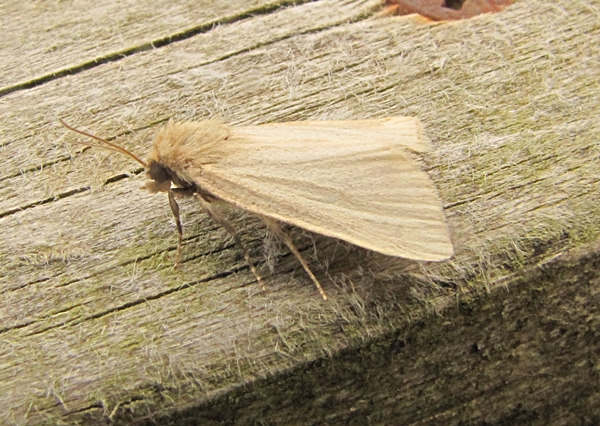 Small Dotted Buff (not well marked) (And below) 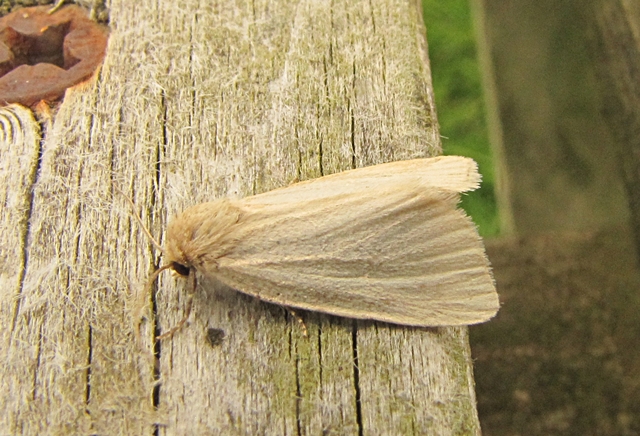 Today found me hunting waders on some of the local beaches, Sanderling, Knot, Greenshanks were nice with significantly more Lapwings around and a small flock of Golden Plover. An hour or so seawatching in calm, misty conditions produced a single Sooty.

Yesterday, Loch of Bosquoy produced a Greenshank, more broods of Tufted, two broods of Gadwall, two broods of Little Grebe and a Hen Harrier.
Posted by Alastair at 11:50 pm No comments: