A House Martin was around a breeding site in Harray as I drove towards Kirkwall this morning. The Brambling is still in the garden.
Posted by Alastair at 10:57 pm No comments: 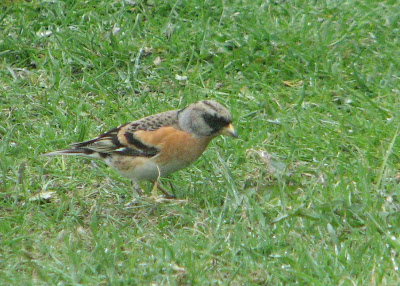 This smart male Brambling was still in the garden when I got home but the Chaffinch and Goldfinch that Louise recorded during the day had gone.

Swallows flew through the garden this morning but attempts to locate the Wood Sand were a failure and I couldn't find Common Sand on Bosquoy either. A record 9 Gadwall were in or around the Shunan as was a drake Shoveler.

Yesterday Bonxie was added to the garden list by chasing up the track when I spotted two cruising for a bruising towards The Shunan. Foot on the gas and leaping out once over the garden threshold did the trick.
Posted by Alastair at 11:12 pm No comments: 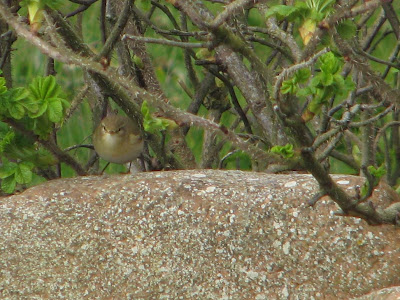 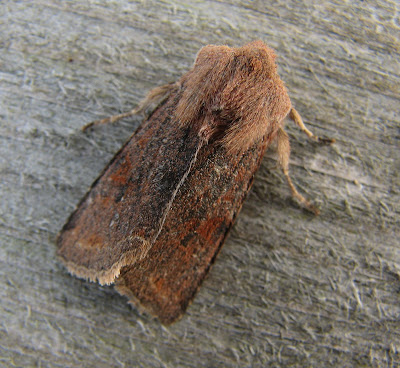 Chestnut (not?) most likely a Clouded Drab 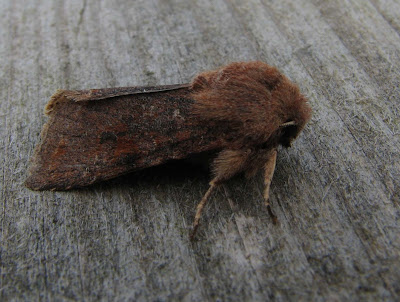 Chestnut (er, probably no, see above)

Birsay this afternoon for late lunch at the mobile cafe and there was a small fall. I only looked on the north west beach but there were at least 7 Wheatear on there with one or two White Wagtails. Round at Palace there was a Willow Warbler and a Chiff in the first garden past the stores, at least three Sand Martins and a Swallow over the reed bed along the burn and a Whimbrel was calling.

From the garden today Reed Bunting, Snipe and Swallow were new for the year. Close calls were Linnet which flew over the garden but I was out of the garden so I can't count that for the competition (darn) and Wheatear which was in a field by our neighbours when we went visiting, too far away to rush home to try and get it. Other interesting things were a Fulmar that nearly made airspace, Long-tailed Duck on Loch Harray and a large increase in Tufted Ducks on Loch of Bosquoy with 142 there.
Posted by Alastair at 9:23 pm 5 comments: 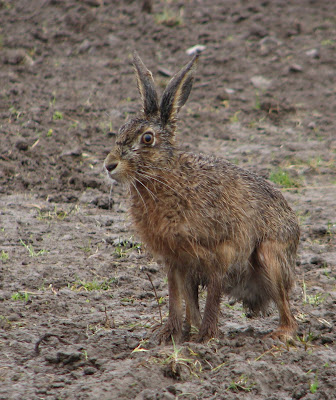 A two hour search for the redpoll at Dale, Costa found no redpoll; lots of Twite though and a variety of other things. A rather damp Brown Hare posed rather nicely.

Back at The Shunan a Blackwit appeared mid afternoon. In the evening at Loch Harray there was a very nice summer plumaged Slavonian Grebe. The large Tufted flock, along with the Scaup, seems to have dispersed unfortunately.

It's much warmer with the wind in the south and east today so I've got the moth trap out.
Posted by Alastair at 9:32 pm No comments:

A Swallow zooming around the playground at lunch time today was nice.

Less nice was the Short-eared Owl that appeared around the Shunan when we were driving away from home on a girl mission. Pleas that we should turn around so I could get it on the from the garden list were drowned out with howls of "Dad, no!" So that species continues to evade my list. Earlier attempts this morning to get SEO and Bonxie on the list were also failures.

The garden feeders have not lured any exotic and unidentifiable avians to this backyard. The feeders have played host to a steady clientel of Greenfinches and House Sparrows of late.

However, the view from the other side of the house is still rather good with Shoveler, Pintail, Black-tailed Godwit and Spotted Redshank all on offer at the right time (evening is usually best). Additionally a Brown Hare has taken to feeding on the lawn.

The cycle home was enlivened by a male Hen Harrier scrapping with a corvid across the back fields.
Posted by Alastair at 9:20 pm 3 comments:

Male Hen Harrier hunting around the car for 30 seconds this evening, within a few metres of the vehicle, very close views. A few minutes earlier a Bonxie had been touchable if you were quick enough or were prepared to put your hand that close to that bill.

The Scaup was still in with the Tufties, 200 or so but the pub beckoned so still not on the garden list.

Earlier my cycle home was disrupted by a glimpse of a low flying swift sp, micro moments later it was revealed as a hunting Merlin just by the bottom of the track.
Posted by Alastair at 10:59 pm No comments: 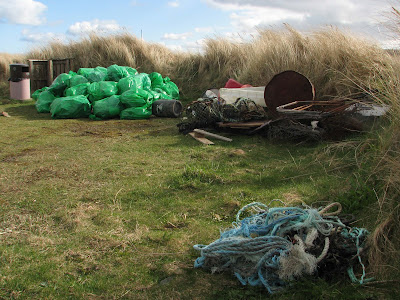 Bag the bruck, part of the haul from Skaill Beach, not a huge area. There was a commercial waste bin full as well.

We missed joining in with the beach clean up at the weekend due to the need to sort out house and garden things and the horizontal rain on Saturday and nasty cold snow showers today, girls rather unwilling to have much to do with those. However, later today we did our bit by picking up the little that was left, or had come in on the next tides at Skaill.

Didn't do much birding due to to weather, house duties etc. Several attempts to add to the garden list met with failure until this evening when unusually the light and the shimmer were good and minimal respectively. Fulmar was finally added courtesy of a small colony on the very distant "cliffs" of Loch Harray. Fulmars nest almost anywhere here, including just on the ground on islands in the middle of freshwater lochs. Loch Harray does at least have sort of cliffs. Something like 95% of Fulmars have bits of plastic in their gut so hopefully bag the bruck will have helped them a little.

Pintail was added courtesy of a pair feeding in the near corner of Loch of Bosquoy as I put the final touches to the first potato bed.

Then at 19:50 I drove down to Loch of Harray, theoretically to try to see the Otter again but actually an ignoble plan was hatched. Sifted through all the nearby Tufted Ducks and found a smart drake Scaup. Drove back home. Unfortunately I couldn't resist stopping at The Shunan where the Spotted Redshank, now in almost complete summer finery, was feeding having been absent for some days. By the time I got home I'd missed the light and whilst I was 95% certain I could pick out the Scaup I just wasn't 100%.

The slightly maligned Zeiss scope is now a bit more healthy again as I managed today to remove the tripod attaching widget that has been damaged for some time, this has meant that the scope has frequently been in danger of falling off the tripod. Zeiss had kindly sent me a new bit gratis a while ago but having previously removed the old part for examination I'd put it back and it had got itself jammed in, fortunately today it came out so the new part is in and the scope more secure. I just needed the bigger model today and Scaup would have been mine ...
Posted by Alastair at 11:40 pm No comments:

Single dark morph Fulmar (D) went west at Birsay when I glanced at the sea during a work excursion early this afternoon. A bonxie there and then slightly more surprisingly a Bonxie flew across the road this evening in Harray. Very, very close view of a Hen Harrier in Harray, just below our house this evening.
Posted by Alastair at 9:16 pm No comments: 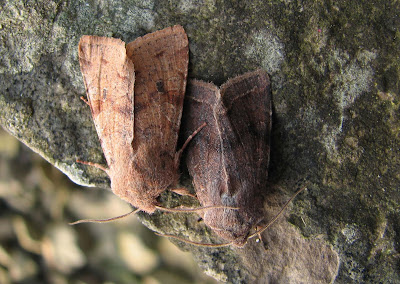 Not much on The Shunan today. Another Siskin in the garden though.

The wind is starting to blow from the north so that might prevent much migrant finding over the weekend.
Posted by Alastair at 9:52 pm No comments:

2 Wheatear on the way to work this morning, one of the advantages of cycling. Two flocks of Pink-feet this evening, one of which entered airspace over the garden, total 150 birds. Golden Plover have been flying around the moorland at the back of the house but conspired to hide when I looked from the garden and show as soon as I walked up the track, even watched two flocks from the office window at work. Eventually this evening I managed to get them onto the garden list.

Meadow Pipits have suddenly appeared around the Shunan and there were 20 or so on the way to work. Reed Bunting heard singing this evening too (not from the garden though).
Posted by Alastair at 9:10 pm No comments: 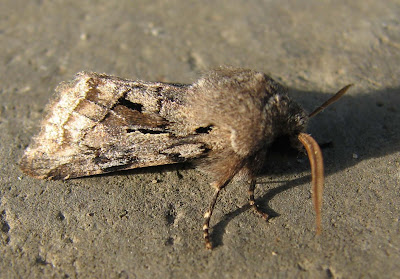 Here's a better picture of the unIDed moth. Stewart I'm beginning to warm to your idea that it's an aberrant Hebrew Character. It is too small for Rannoch Sprawler and not quite right I think. Photo with ruler below. However, the suggestion of involving the county recorder is a good one, I'll dig out his email address. 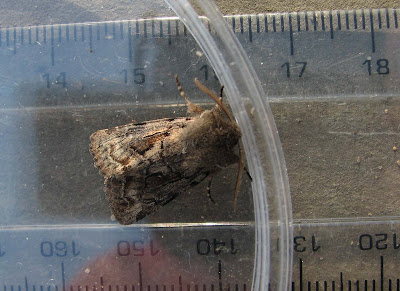 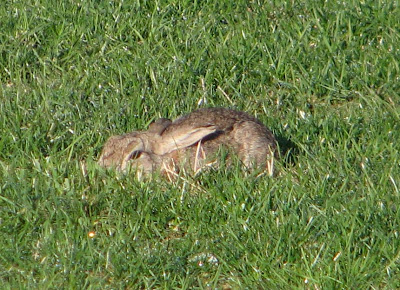 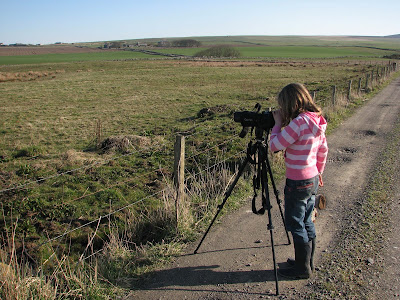 Ellen grilling the Spotshank on The Shunan
Posted by Alastair at 9:00 pm 5 comments:

84 Hebrew Character, 3 Common Quaker and 4 Clouded Drab in the trap this morning.

Kestrel joined the garden list and yet another Siskin sampled our Niger. The shanks and Blackwit were still present this morning as well and yesterday's Red-throated Diver turned into a pair.
Posted by Alastair at 11:02 pm No comments: 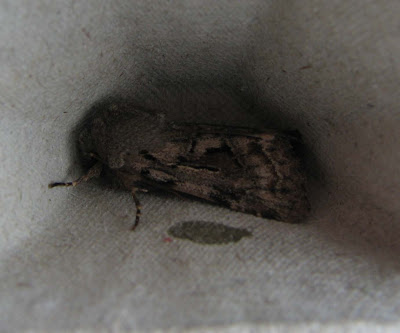 I know I'm being incompetent here, help please, don't know this one. 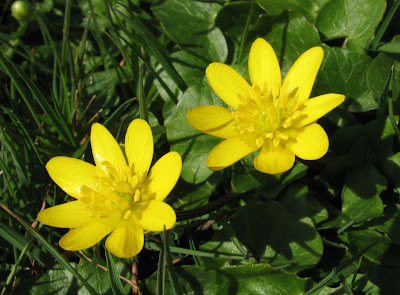 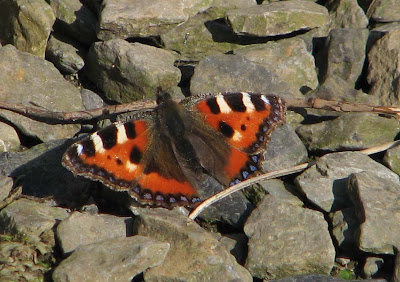 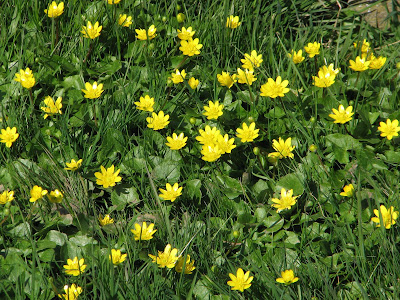 Then scanning from the garden turned up Black-tailed Godwit, 1; Spotted Redshank, 1; Gadwall (a pair) on the Shunan (a pair of Shoveler turned up there later): Red-breasted Merganser, 5; Shoveler, a pair and various other bits and bods on Loch of Bosquoy; star turn though was a Red-throated Diver on Loch Harray, also another more distant and unidentified diver.

Sitting in the sunny garden produced three Small Tortoiseshell butterflies and one large bumblebee that shot off before I could ID it.

Various child conveying duties led to a stop at Loch Harray on the way home in the evening with the trout leaping and brief but close views of an Otter.

The composting bins are in and a quite neat path is partially constructed so we don't get wet feet when emptying the recycling bins.

Currently the moth trap looks to be filling up nicely, slightly different location from last night, we'll see what that brings.
Posted by Alastair at 12:17 am 5 comments:

Nice flock of 36 Whooper Swans steamed across distant Loch Harray this morning. Closer to home there were 24 Pink-feet just beyond Loch of Bosquoy. On the button were two Pied Wagtails that moved north, through garden air space, this afternoon. Also of note was a soaring female Hen Harrier.

Yesterday's Chaffinch appears to have gone.

The birds of Loch of Bosquoy have changed over the week I have been away with Whooper Swans and Pochard having departed and Tufted Ducks much reduced. There appears to be at least one drake Shoveler still though. 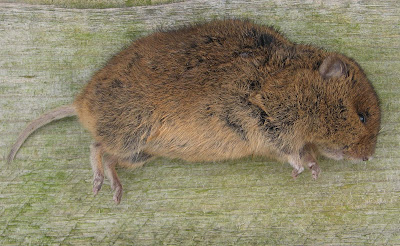 The cat is having a bit of a go at the voles. He's supposed to be killing rats but appears to prefer less combative prey. Rather upsetting as the Orkney Vole is a beautiful (though clearly quite common) beastie. 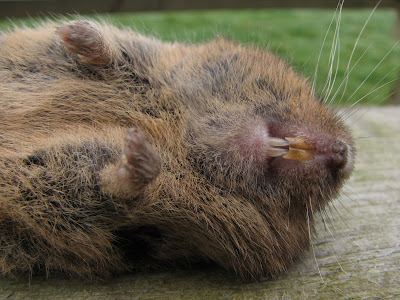 Posted by Alastair at 8:36 pm No comments: 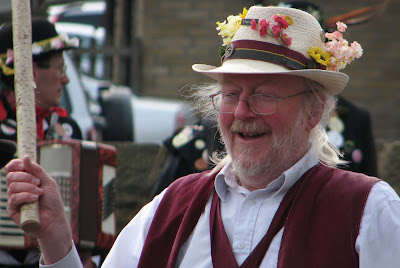 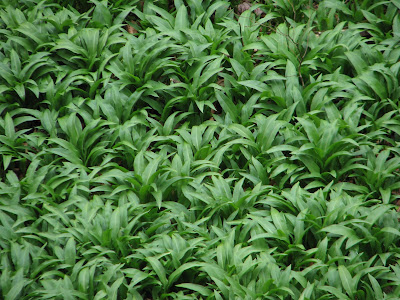 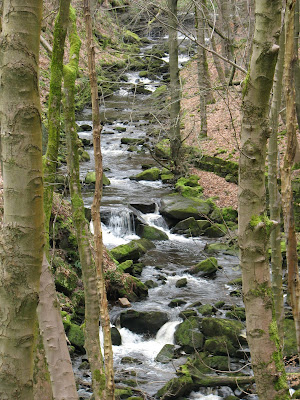 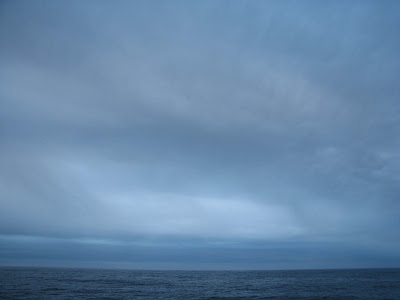 Blue
We've been away Sooth for a few days. On our return there is still a Chaffinch in the garden and the Blackbirds have finally begun to sing, interestingly late as I heard one singing by the police station in Kirkwall way back in February. Perhaps the Chaffinch will stay to breed, I've not heard that sing yet though.

I've had my fill of woods and the denizens thereof. Failed to find Willow Tit and didn't make an effort for Lesser Spot. Roe Deer and Tree Rat were observed.

Rather inebriated mothing, staggering in the early hours around the huge house our friends were renting north of Inverness capturing moths with a pint glass on the windows. Hebrew Character, 1; Common Quaker, 6 or so; Chestnut, 1.

On the way back across Bonxies were in evidence, one just off Scrabster and two in Hoy Sound.
Posted by Alastair at 7:49 pm 2 comments: