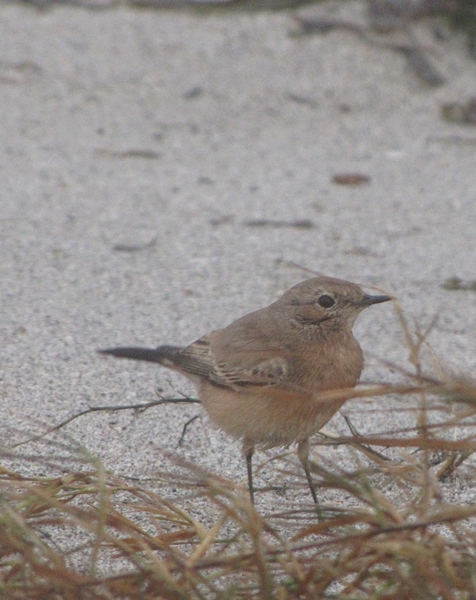 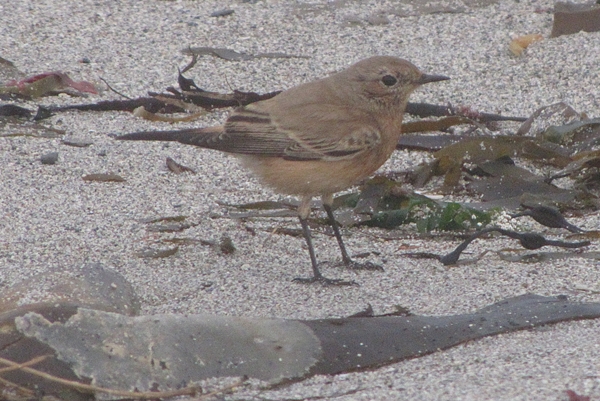 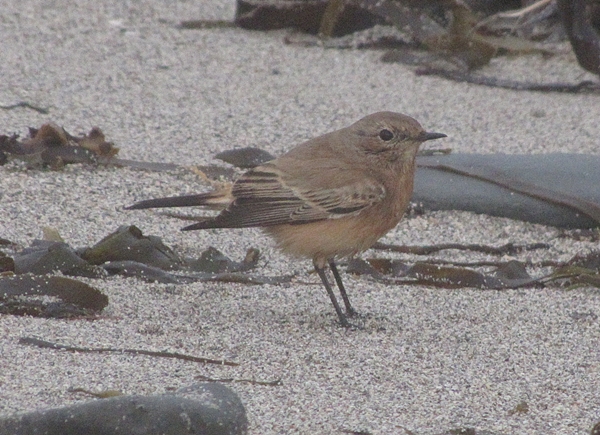 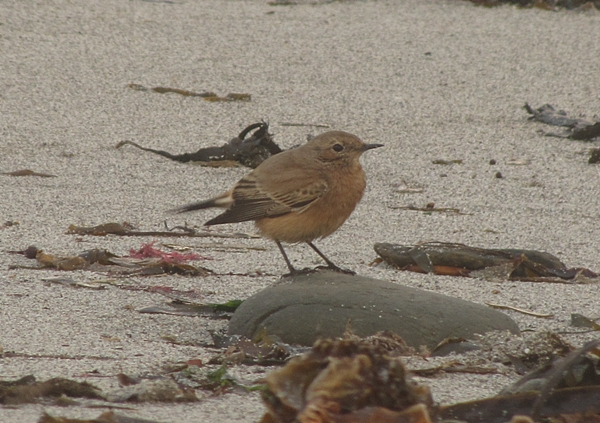 There has been some debate about this bird. I've had a look at the photos of Red-tailed/Persian and Red-rumped on BirdGuides and pictures of Desert on the same website. I only have field experience of
Desert previously.

When I arrived (late as I'd been out of range looking at pipits at Palace) I was told the bird was most likely not Desert and might well be Red-tailed, this was all rather exciting but when I finally settled down to look at the bird carefully and photograph it I got some excellent views and some fair pix (surprise surprise).

Red-rumped Wheatear (moesta) has a similar tail pattern to Desert. However, this species also has a heavy bill. I can't find any pix of juvs but it would seem that the species has a grey back, an extensive pale throat and a rich brown crown.

Our bird has a weak bill. It also has a small head and a proportionally longtail. The legs are also thin in proportion to the body. There are photographs on Birdguides of a Desert Wheatear in Lincs in Nov 2008 that are very similar to our bird, especially when photographed in poor light. The rump shows a very similar colour to our bird when viewed from behind.

I'm surprised at this conclusion as the bird looked so different from the Desert Wheatears I've seen in the past and the illustrations in the field guides, I would always have expected a pale bird with contrast between the body and the wings however Jonsson mentions race atrogularis as being darker on the body. Everything else seems to fit, if there is an extension of the black into the centre of the upper tail I couldn't see that in the field and would a small extension be significant in any case?

I haven't had time to look at BWP or search BBi but I can't see any reason to doubt this bird is anything other than Desert, I'll be happy to be persuaded though...
Posted by Alastair at 1:12 am