Today was spent over on the East Mainland counting geese of which there were:
Greylag Geese - 3335, Pink-footed geese - 518, Eurasian White-fronts - 42.

Also seen were the Firecrest, 30 Great Northerns, 6 or so Slav Grebes and ten Iceland Gulls.


Probably the most notable event of the day was the spring arrival of Woodpigeon at home first two came in from the south and dropped in then another seven came over five of which continued northward.


Yesterday's track works seem to have held up, it may be a bit early to start fixing it up but some of the craters are of wheel swallowing size and I fear for the Fiesta's life.

Posted by Alastair at 9:55 pm No comments:

A day off and the dog needed walking, so Marwick it was....

A few Iceland and Kumlien's Gulls

There were 22 Iceland Gulls in the roost in the field and another two on the far pond when I got there with a couple of Glaucous Gulls. The tide was in so there was nothing at The Choin. However, birds were moving backwards and forwards every few minutes so it was quite hard to keep track.At the geos there was a nice roost of Icelands and the various chunks of deceased whale were still providing plenty of food. In the end I counted 63 Iceland type gulls of which five (at a minimum) were Kulien's type. There were six Glaucous as well. Also present a hybrid crow. 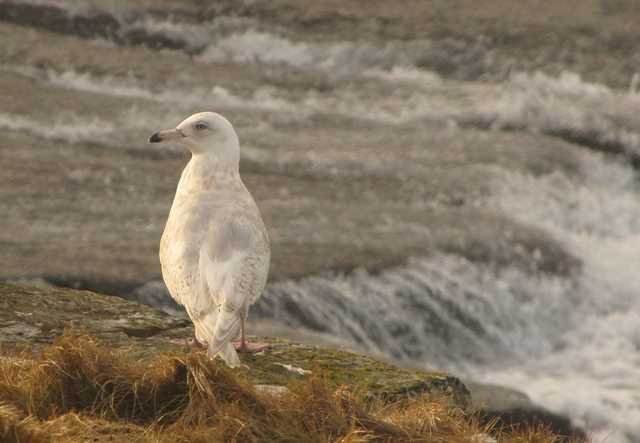 Kumlien's Gull - a 3cy - it seems to me that Ks are typically "less advanced"  compared to correspondingly aged Iceland and tend to have more brown plumage in the coverts and on the body; note the pink bill on this bird making it look quite Glauc like 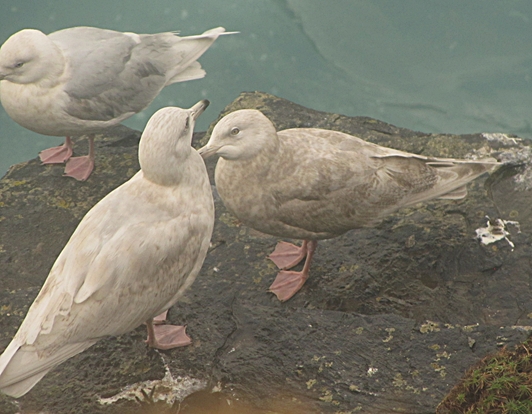 Three ages a 4cy, a 3cy and a 2cy. The 2cy is clearly Kumlien's but the other two are possibles (not included in totals) as well. The 2cy has a pale eye, most K at this age would have a dark eye. 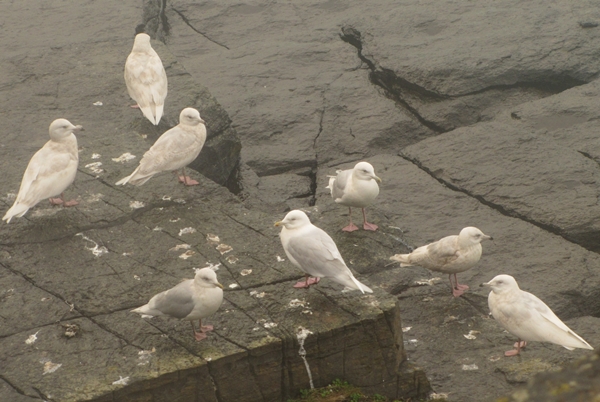 Here's a nice group, just the one K here 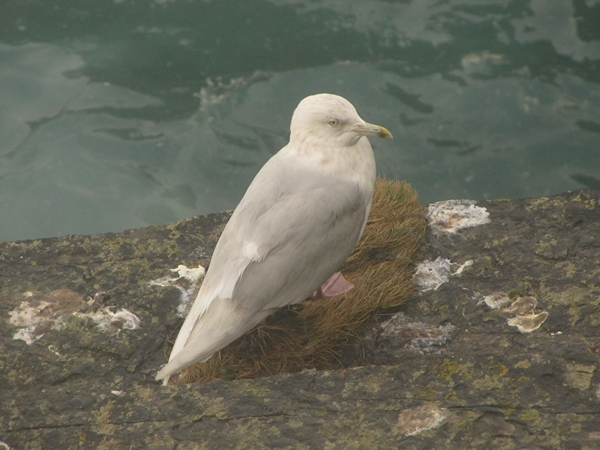 I think this could be argued to be Kumlien's, P10 and P9 look grey to the tip

And now for something completely different.... 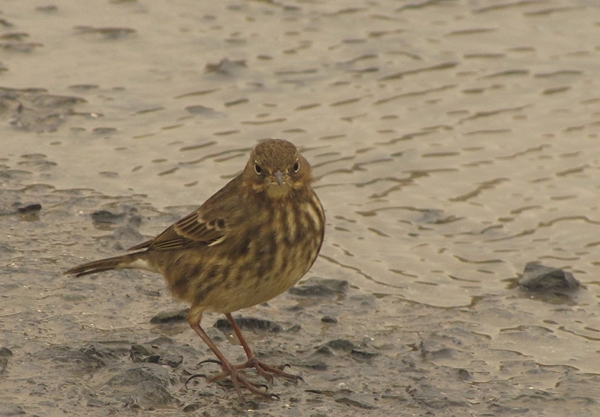 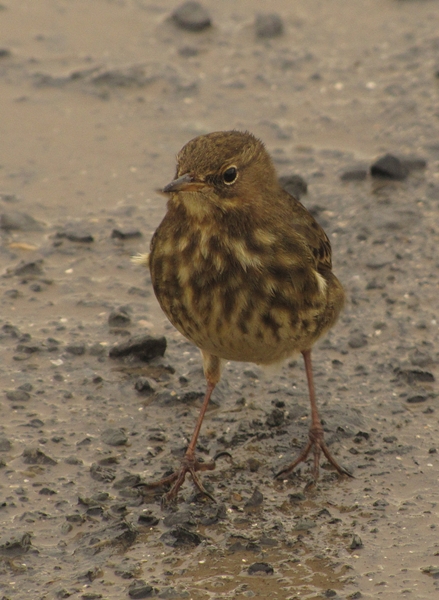 It was clear out day, so en route to the tip I finally had a go for the Firecrest in Finstown. It took a little doing, I would have found it sooner if there had been less noise around but in the end I got brief but very good views. No photos though, as soon as I got the camera out it vapourised.

Back at the ranch the Tree Sparrow is still present. Fourteen Fieldfare were by The Shunan. The rooks roosted last night and it looks as if they were roosting this evening as well, joined by 42 Jackdaws this evening that all came in high at about five, no chance to check through them..

Yesterday at home in the morning there were three Shelduck on The Shunan, but just two in the evening  and the Oystercatcher flock was reduced to one.The Woodcock flew through the garden again in the dusk and 105 Pin-feet came north. Plenty of Wigeon and Teal on The Shunan as well.
Posted by Alastair at 9:57 pm No comments:

The sky is spectacular at the moment with four planets showing well, Saturn's rings are especially smart early morning. Here's the Moon rising this evening. 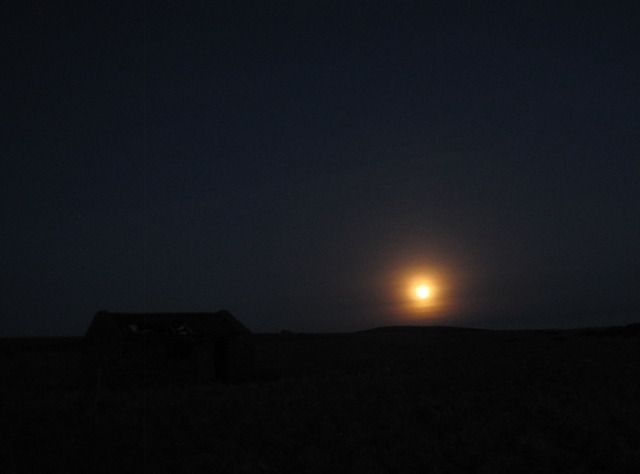 There are still plenty of white-winged gulls about but the star birds of the weekend were the five Goosander on Loch of Bosquoy.. Four were initially located from the garden whilst trying out the new scope, I went down there to give them a bit more scrutiny and found an extra one, not a common bird here so a nice record, five males and one female type.

New scope is pretty impressive. Someone was selling a Nikon 82 Fieldscope locally. Optically excellent but the Zeiss will still remain the staple I suspect, for reasons of portability.

I still haven't bothered to go and look for the Finstown Firecrest, and it might be too late now as its very cold tonight.
Posted by Alastair at 11:33 pm No comments: