The highlight yesterday was watching as Osprey take a large trout whilst drinking tea in the garden (me with the tea, not the Osprey, that was more bothered about the trout).

A crepuscular tour did not reveal anything much unfortunately. 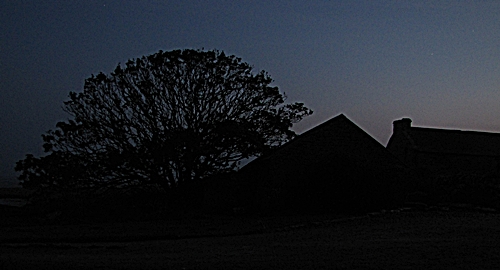 A look at the Skibi Geo Arctic Terns was not very encouraging, about 40 pairs were on the colony but in 40 mins or so I only saw two very small fish brought in. 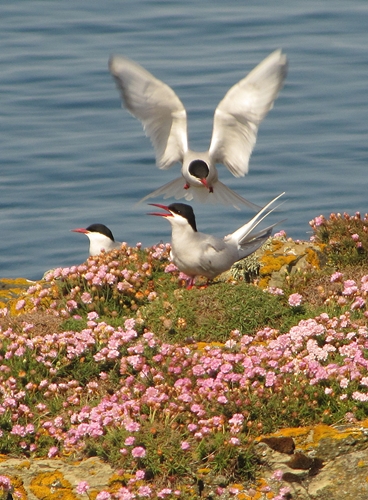 All sorts of excitement at The Shunan today, AL found a Wood Sand, which rapidly disappeared and then later in the morning a Pec Sand was reported, which I also could not find. However, two Common Sands, a Ringed Plover, 7 or 8 Dunlin, a Wheatear, and a redpoll sp flew through. In the garden a House Martin paid a brief visit.

Here's a couple more pix from Birsay, the Hoodies are nesting just by the Arctic Tern colony, so even if the sand eels do turn up I don't reckon much for the Arctics' chances. 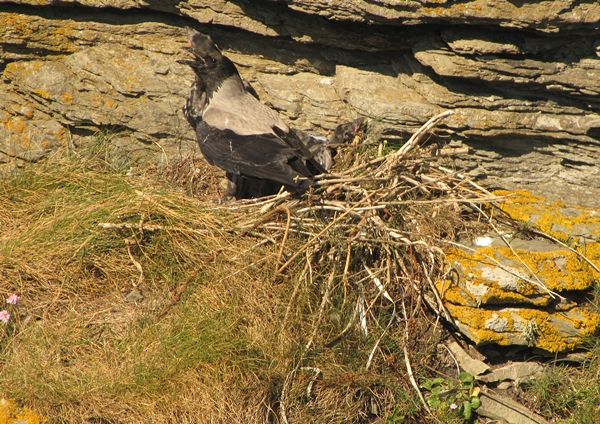 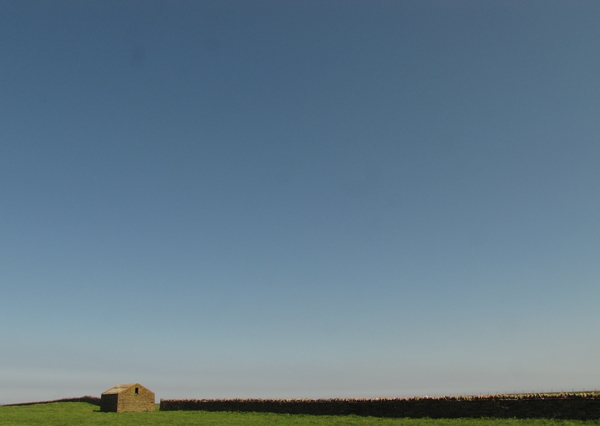 Down at The Shunan at 5.30 heading for south isles but I had to stop and look,
good job too. Female Red-necked Phalarope was messing around the main island,
fluttering here and there and feeding.

By the time AL reported the Osprey at Brodgar I was at South Cara bushes
having dipped the darned Dotterels. It took a bit of a search but eventually I
was rewarded with excellent views - of a male Red-backed Shrike -  (and when I returned later before heading off it was singing). Also there a Spotted Flycatcher. 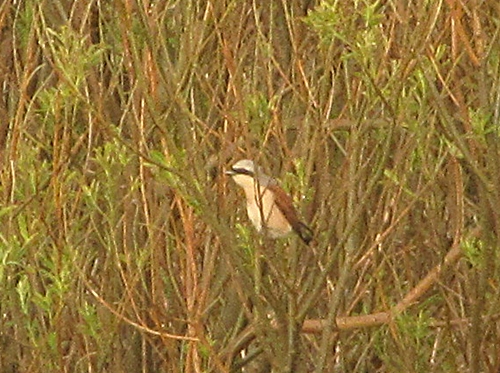 Down to Burwick and the various bushes near Cleat and beyond but apart from a
singing Chiff, a few Sedge Warblers and a Linnet mimicking an Accro mimicking a
Linnet (if you get my drift), made me think for a bit, not a lot. Checked Cara
again and the Dots fields but nothing more.

Driving out of Kirkwalll this afternoon, what was that falcon....? (A Kestrel
in the sun surely.)

However, this evening a Red-throated Diver flew over the garden calling.
Posted by Alastair at 11:22 pm No comments:

Too much going on really. In soul charge which of course leaves me a bit ragged, Louise off in Moray for a few days.

Last weekend on North Ronaldsay, just before the huge fall, take a look at their blog for the full gen. However, not really complaining as it was a great two days of just birding and saw a few nice things, Lapland Bunting, Pec Sand being the highlights. 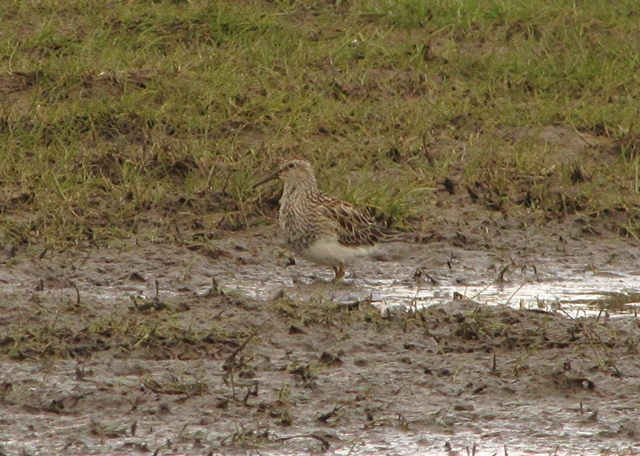 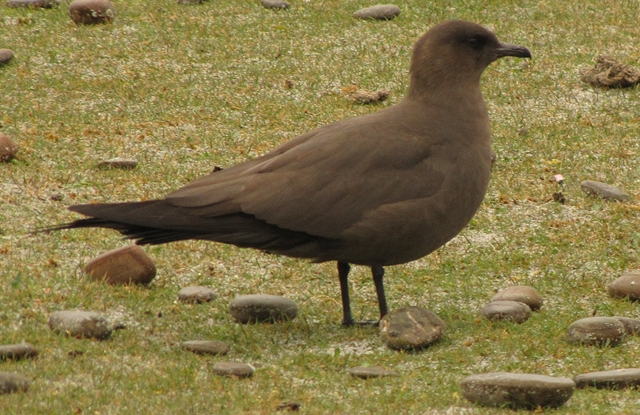 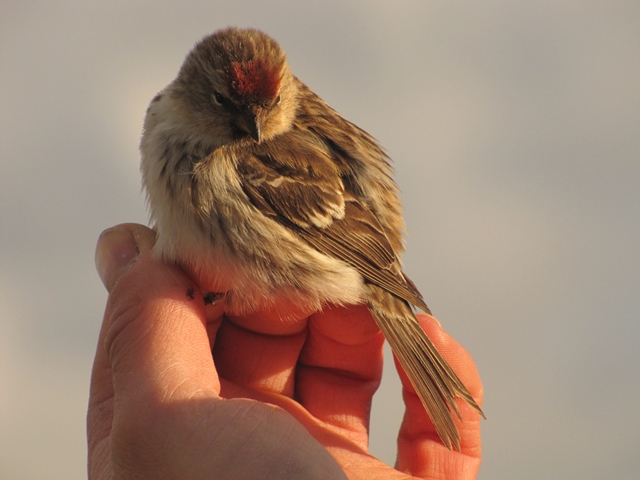 It's blowing a hooley here today, managed to get the new potato bed fairly well sorted yesterday and about half of them planted. Couldn't do much today, first Wheatear and House Martin for the tetrad here today, first Sand Martin on Friday, Arctic Terns were on Monday. Tufted Duck made the "in the garden" list today with a brief flyover.
Posted by Alastair at 10:21 pm No comments:

I'm engaged in a bit of a debate on Orkbird about Carrion / Hoodie hybrids. I'm holding that hybrids may look very like Carrion Crows (rare here) whilst others state that they only look like "scruffy" hoodies.

Here's a pic or two of a bird at Mar Wick that I believe is a hybrid. 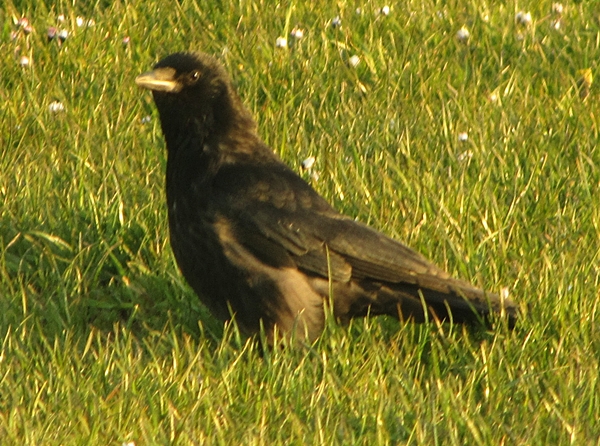 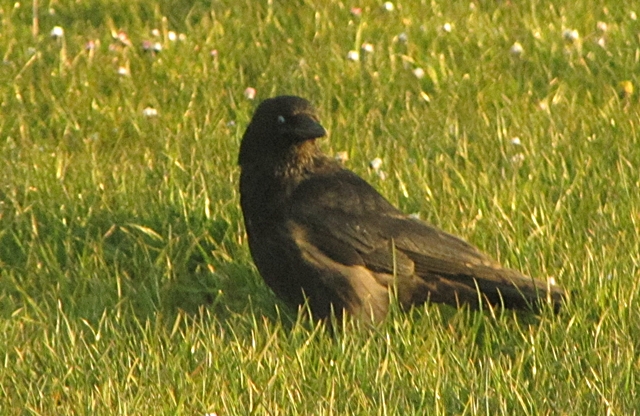