A wander around home first thing found a few thrushes on the move and finches flying. The Long-tailed Tit was still present. On The Shunan, amongst the usual ducks was a Goldeneye.

Out on the Brough of Birsay, a Brambling flew over as I crossed the causeway. Around the Viking site there was a large flock of Twite of about 100 which included a Brambling and a Goldfinch, but not the hoped for redpoll. 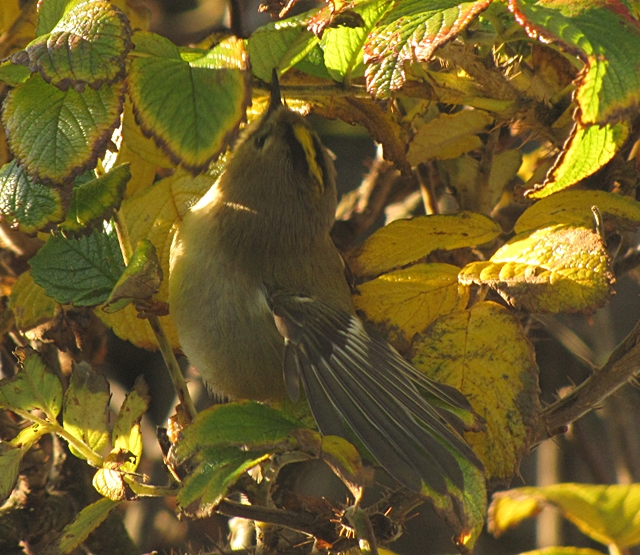 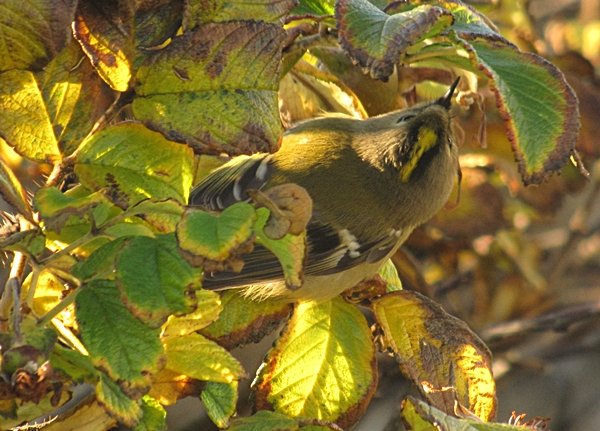 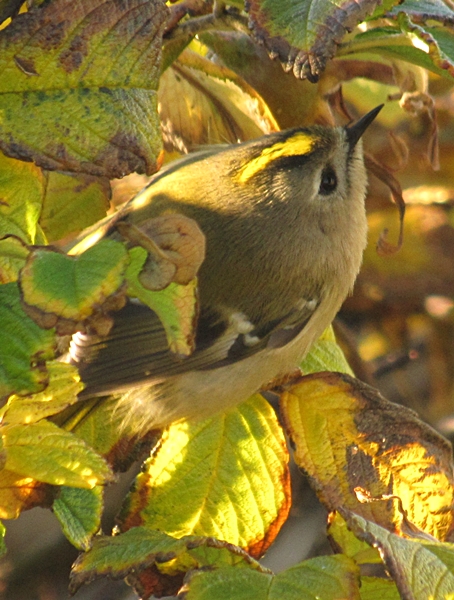 In Palace there were a couple of Goldcrest and a Blackcap. A very few Blackbirds, Song Thrush and Redwing were also present.

Down on the beach was my first WWG of the autumn, a 1cy Glaucouus Gull. 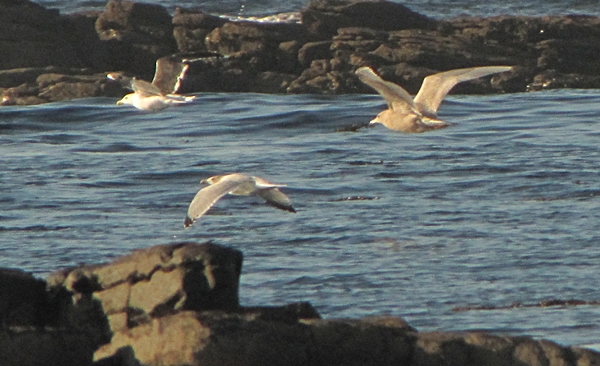 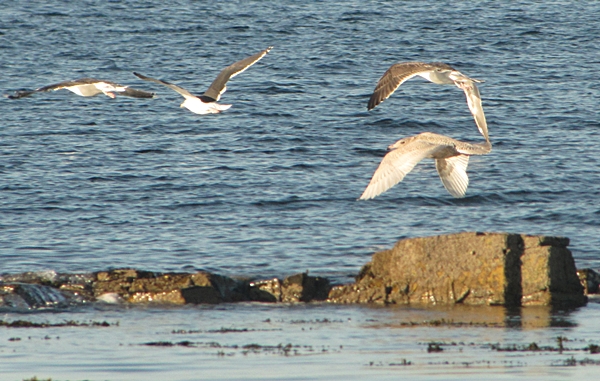 The Lapland Buntings were still present on the Links.

A still afternoon at home allowed for further views of the Long-tailed Tit and Tree Sparrow, no sign of Woody though. 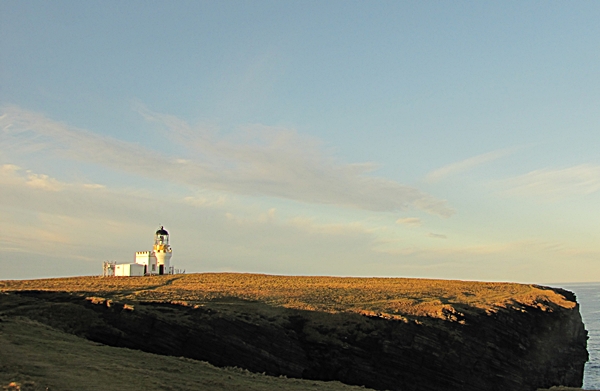 Lovely morning at Birsay, on to the Brough, although no migrants there but a few mepits. A search of the beaches and Palace revealed a flock of at least 17 Lapland Buntings on the Links near the cafe. In the village there was a Goldfinch but little else. 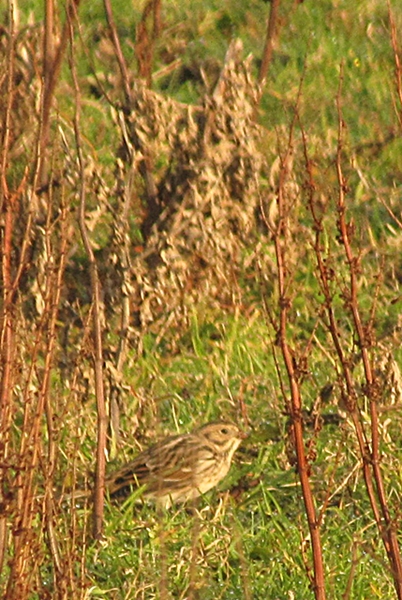 The Laps were rather flighty

Back at the ranch I was completing the dog enclosure project (not entirely successfully) when it slowly began to dawn on me that the call I kept hearing was of interest, a look into the nearest Sycamore and there was a Long-tailed Tit. Third new bird for the garden in two days. (I need to look into the races of this species as it seemed a bit streaky on the breast.) Comments welcome, does this look just like a standard UK bird? 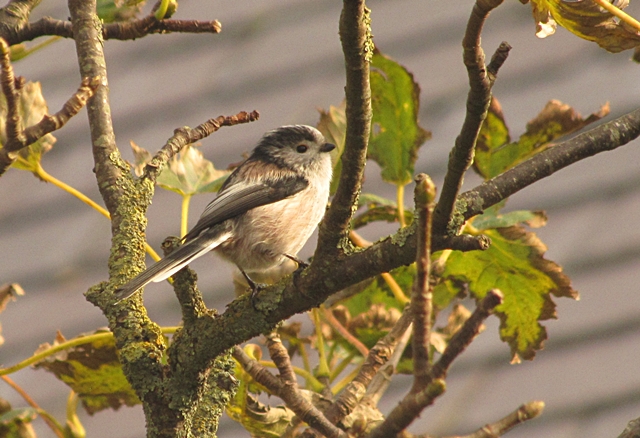 A real rarity here, although there's a bit of an invasion at the moment

Enclosure works were continued, badminton played in the garden, half time break so I thought I'd have another crack at pix of the L-tT which I could hear as we played. Movement caught my eye over the house, hirundine, haven't seen one of those for over a week. Oh, it's got a pale rump, and quite long outer tails, penny dropped as I saw the pale throat and the collar. Yabbadabbadoo!! I'd long wanted to find Red-rumped Swallow and here it was, now circling the trees next door, fine views, then it was gone. In all, about 25 seconds of wonder.

Photographer arrived late afternoon to have a go at the rook roost. We wandered into the kitchen to make tea, and there was the Great Spotted Woodpecker on the peanuts again, so it's still around.
Posted by Alastair at 10:08 pm No comments:

Ellen, youngest daughter, became animated and speechless (unheard of) finally blurting out "What's that!" and there was a Great Spotted Woodpecker on the peanut feeder.  No red on back of head and tiny flecks of red in crown so presume this is a 1cy female.
Tree Sparrow still present. 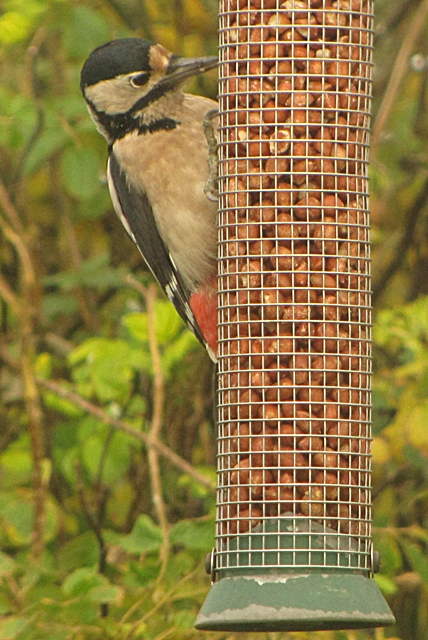 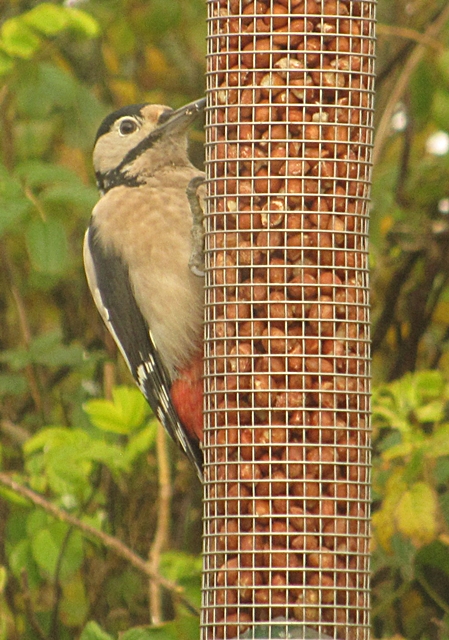 Whilst trying to find the woody for visiting birders I turned up a Lesser Whitethroat in the garden next door which is a  from the garden tick, and a tetrad tick. A late afternoon trip out to Birsay Links brought a flock of 18 Lapland Buntings which is I think the largest flock in the county away from North Ronaldsay other than in 2010.
Posted by Alastair at 1:46 pm No comments:

Waxwings in Stromness this morning. 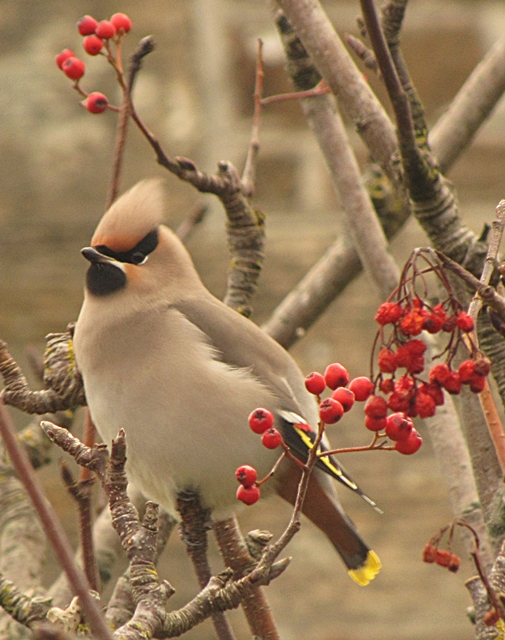 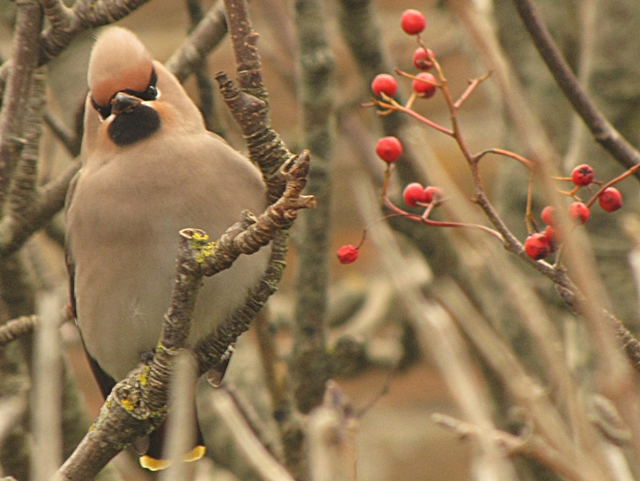 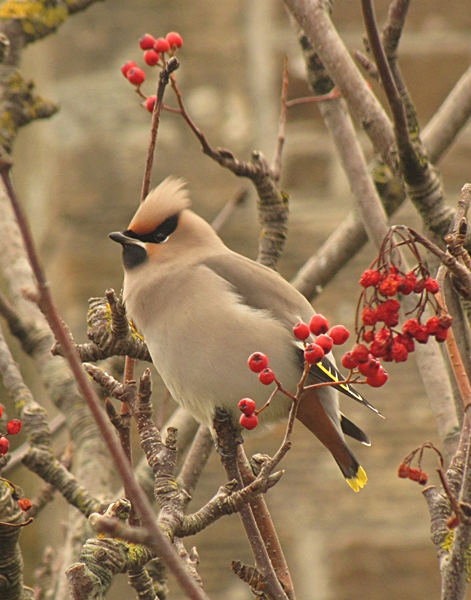 A pretty impressive fall, mostly of thrushes, 250 Blackbirds, 110 Song Thrushes, 650 Redwing and just 9 Fieldfare, with three Ring Ouzel. Other nice things were four Woodcock, one seen in the hand; a Jack Snipe seen in the hand; and a good fall of Brambling, nearly 200 in total probably. Two Short-eared owls (not common here). I managed to walk past the AGP without seeing it.... 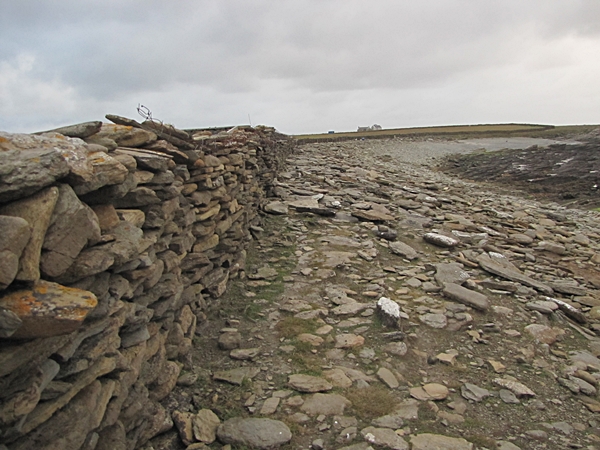 Most of the fall was between the west sheep dyke and the sea, it would almost seem that birds were blown right across the island and just stopped in the shelter of the dyke ending up in the drink. Plenty of Song Thrushes and Blackbirds were on the rocks on the beach 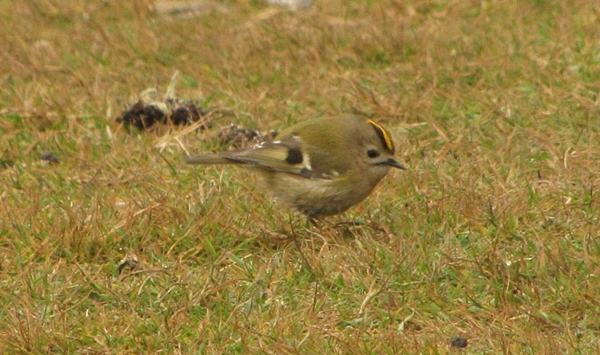 Goldcrest on a tiny patch of grass under the dyke. There were just a few Goldcrest today but they were mostly in the dykes (walls) 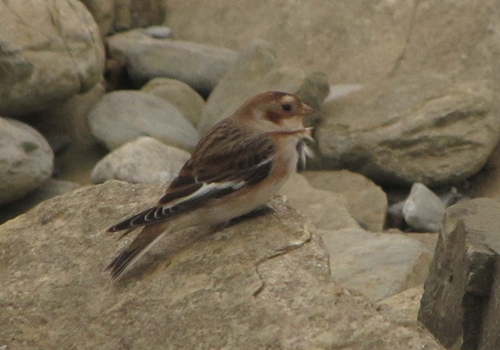 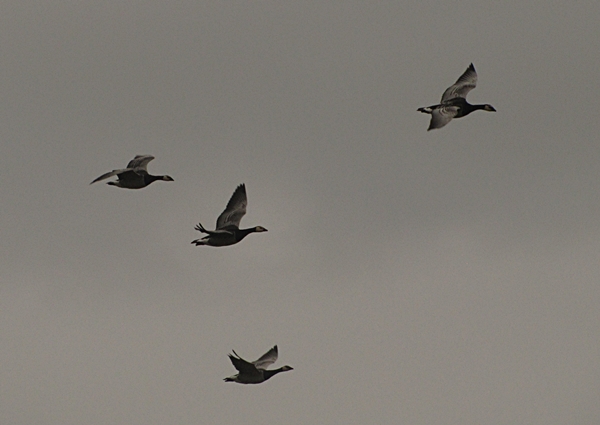 Barnacle Geese flew by
Posted by Alastair at 9:02 pm No comments:

Weather looking good and I'm booked on the late afternoon flight to North Ron tomorrow.... if nothing else there should be a few thrushes.
Posted by Alastair at 9:12 pm No comments:

Well it's not very exciting at the moment. Lots of ducks on Loch of Bosquoy, I counted 805 Pochard today, that's quite a few. There were also 11 Scaup, 400 Teal and various other bits and bats. 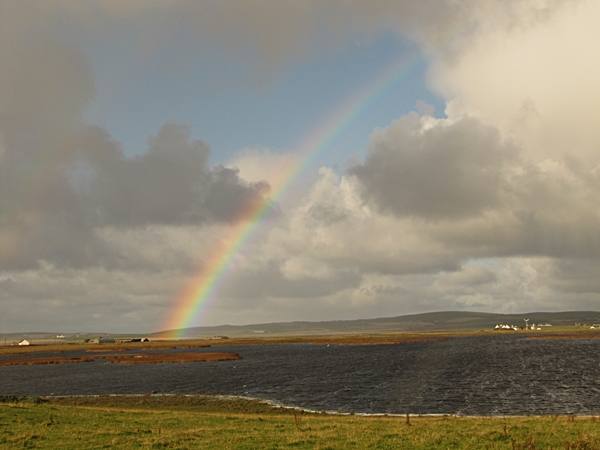 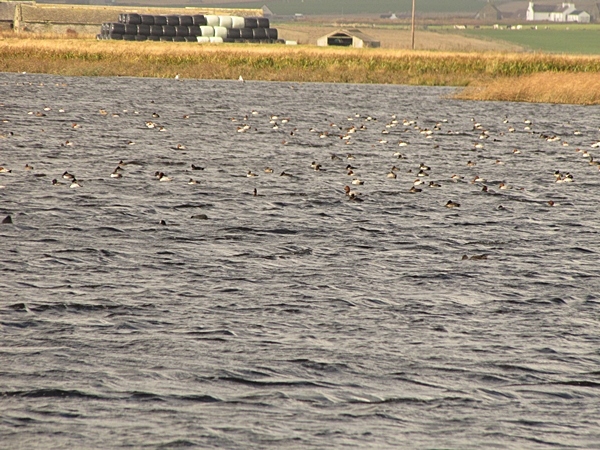 Yesterday in Kirkwall there was a Velvet Scoter on the PDC, also there at least three White Wagtails. 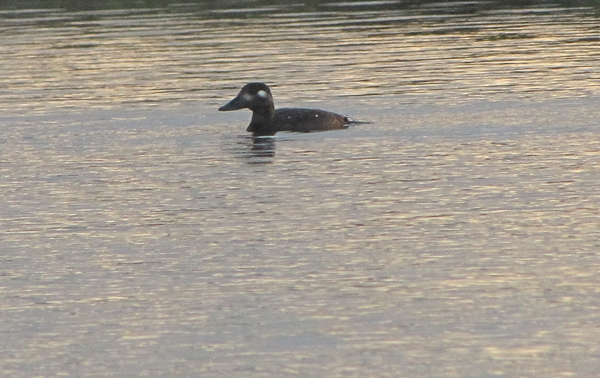 A Buzzard nearly made the "in the garden" list today, just 30m short, seen from the kitchen as well, not a common bird in this part of Orkney. Usual Hen Harrier hanging around but not much evidence of thrushes doing much, 19 Blackbirds on Thursday afternoon were the best so far. 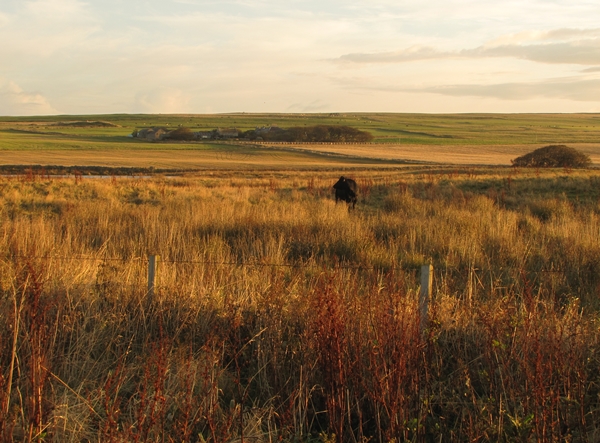 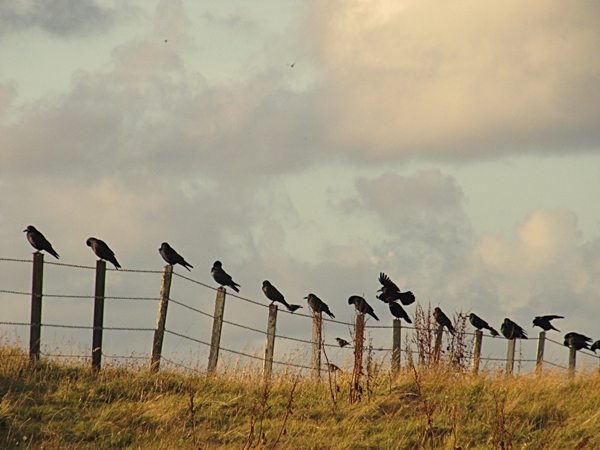 Rooks on posts down the track

I'll try and get up for a bit of a seawatch tomorrow morning as its been quite a healthy NWerly in the later stages of today. 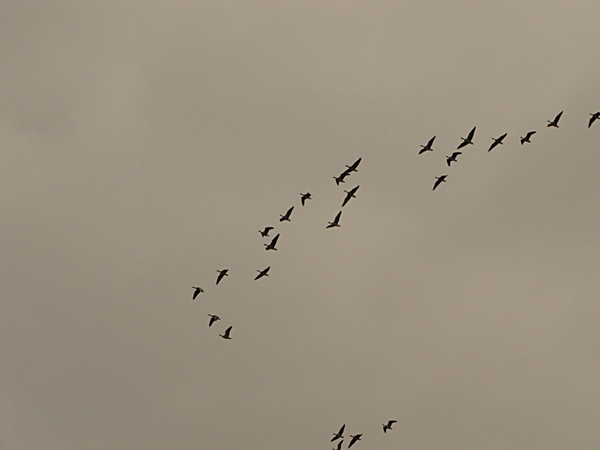 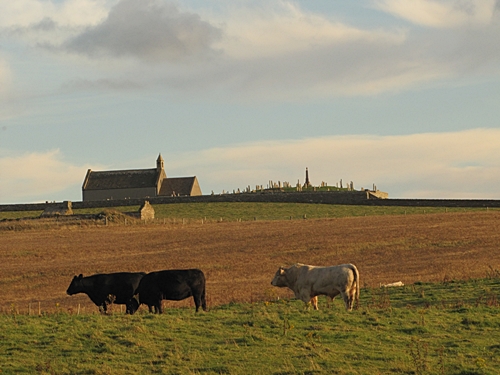 Harray kirk
Posted by Alastair at 11:49 pm No comments: