The elusive Lesser Whitethroat in the garden, that slightly concerned me having got silhouette and flight views on Friday morning gave itself up on Saturday morning. Also in the garden was that harbinger of better autumn things, a Goldcrest.

A thorough search of Palace, following a brief and unrewarded tramp over the Brough eventually brought a prize in the shape of a Turtle Dove, a very unexpected present. Distant, brief views did not permit elimination of the rarer cousin which was presumed. There are three on Shetland at the moment so I guess it's ok, an Orkney tick. Also added a few common species for the year for Palace including Robin, Reed Bunting and Hen Harrier. 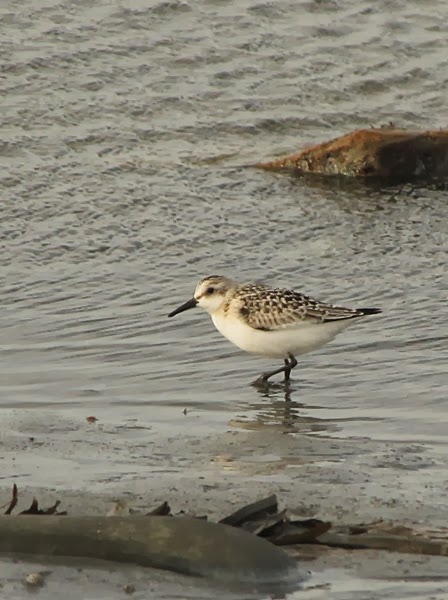 Then headed for Skaill with the thought of checking the kirk yard, a place I'd thought looked very promising when I investigated it earlier in the week. The hunch proved a good one with Spotted Flycatcher and finally Yellow-browed Warbler being found in one of the two tiny Sycamores. 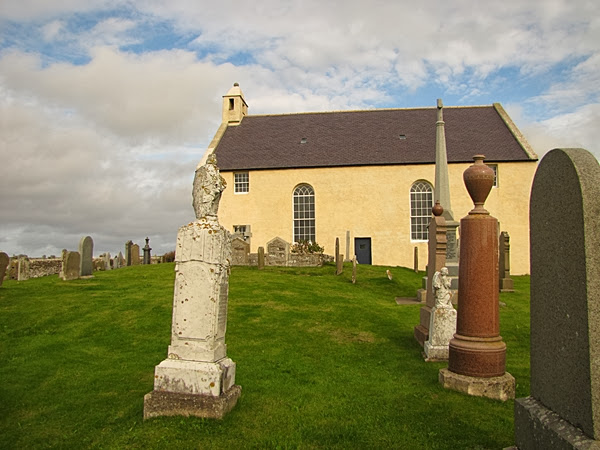 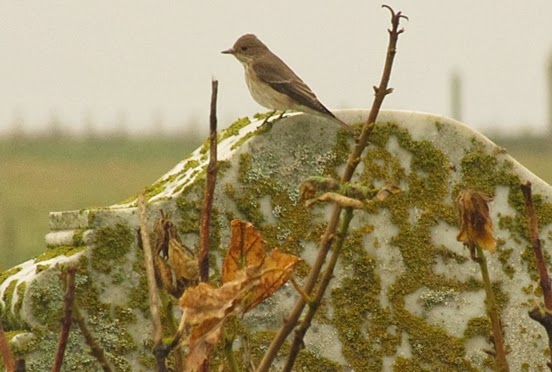 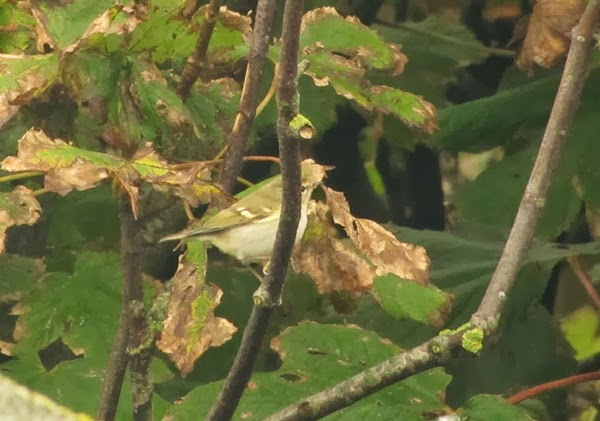 Whilst i was in work, just down the road, a South Ron birder trespassed on the patch and recorded Golden Eagle over the house. Tempted to believe this is a wind up, apparently it isn't.

Anyway, the Bosquoy experience earlier in the week is worht hanging on to, the number of wildfowl was just tremendous. 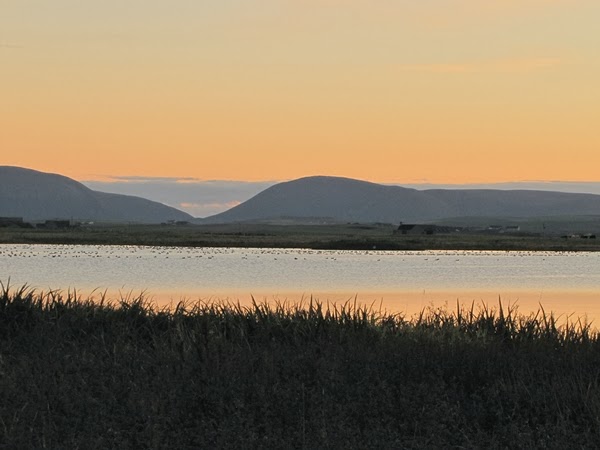 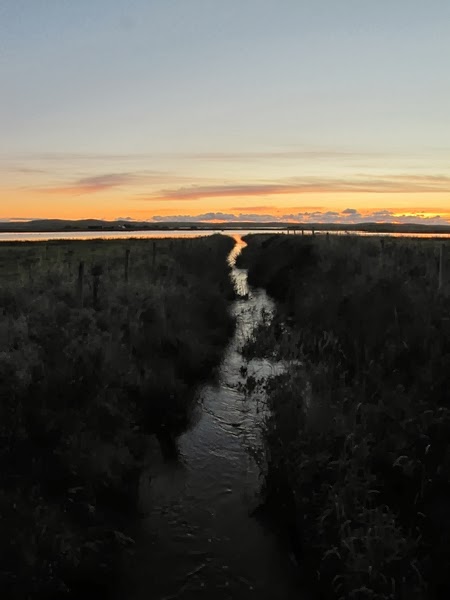 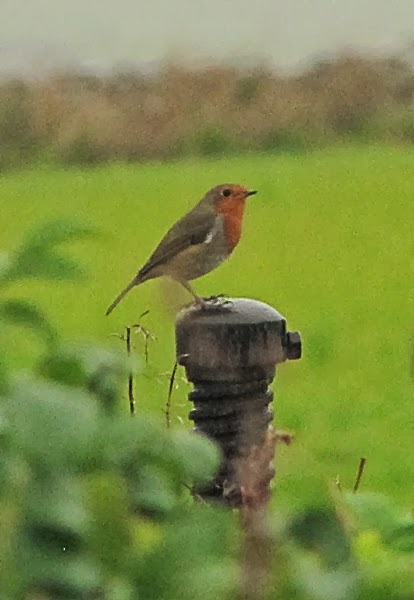 Very autumn feel to the day today. Yesterday's Robins were still present in the garden but the Dunnocks had gone missing, only one Song Thrush, Blackbird numbers are still low. Down on The Shunan there are still blackwits to be found with a 13 which headed off south and then a 19 and the same or another 19 later on. Over at Howaback there was another flock of nine too. The Snipe count reached a new record of 47. 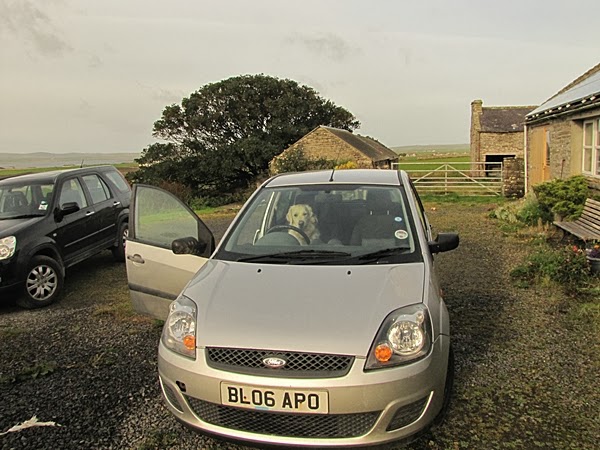 My assistant was impatient to get to the coast

Skaill still held the Snow Geese that I found midweek. I'm not very excited about them but maybe I should be, I just think its a tad early for three ads and two juvs to have crossed from the west. However, I've not seen this species at this site before, they don't have any anklets and there was a westerly airstream at the beginning of the week. A find tick maybe. Not much else at Skaill or Palace, lots of pipits on the Links and the Links bech both mepits and rockits. 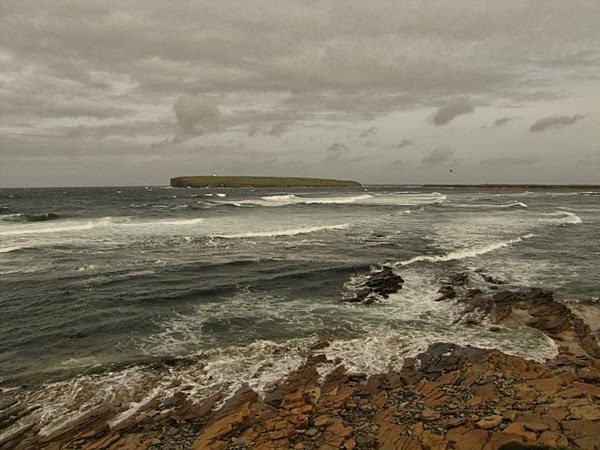 No getting across to The Brough this morn, not without a boat

An afternoon in the car, due to the rain, at Howaback produced the afore-mentioned godwits, a site tick plus, huge numbers of Starlings and Common Gulls. Searching the Golden Plover did not produce the goods unfortunately. 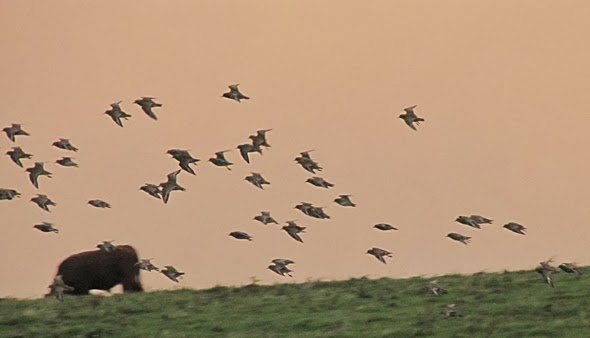 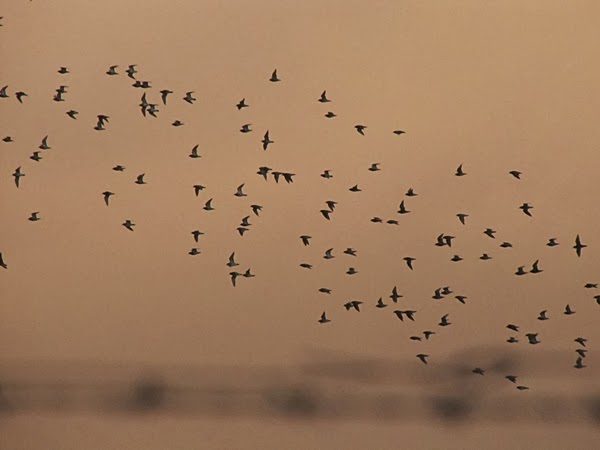 Howaback produced a flock of easterly moving Pink-feet (99) late afternoon and when I was poking about in the garden last thing, trying to find something edible for the stirfry, another 275 went over the house. Autumn is here.
Posted by Alastair at 10:43 pm No comments:

There were 60 or more likely 80 on The Shunan this morning, depending whether I double counted a flock of 20. At the roost this evening though there were but 7.

A trip to Loch of Skaill p.m. produced 5 Snow Geese, three adults and two juvs, a species I've studiously avoided on Orkney to this point. No doubt these have bredd locally and were originally from feral german stock.

More interestingly there was a large and close flock of Aythyas on Skaill and with a bit of careful grilling I managed to find 16 Scaup amongst them. I was looking very hard for a Lesser amongst the 446 Tufties, no such luck. Also 5 Goldeneye.

A year without a respectable find so far....
Posted by Alastair at 10:04 pm No comments:

The blackwit situation on The Shunan has been very interesting with large numbers coming and going all week, they are likely also feeding somewhere to the east of me, Loch of Brochen maybe? Anyway, the totals having been in the 100+ all week, AL pipped my 129 with a 140 on Wednesday. When I walked up on Thursday with a school visit more than 140 flew off but I couldn't count them. Working on the track this afternoon I watched 46 fly in and 80 leave. However, when I got back up home late in the afternoon a quick glance down the hill indicated there were a good few there, scope up, careful count 163.

Not much else doing this weekend, Louise's b'day so full on birding was not on the agenda. A seawatch for an hour this morning found 233 Fulmar west and 200 east in an hour with 543 Gannets east and 50 west in an unpleasant SW wnd. Just one Bonxie west provided any variety.

A good tramp around Bosquoy mid-morning yesterday produced an awful lot of quackers with two Scaup being the stand out ducks.

Bosquoy quakers
Posted by Alastair at 11:55 pm No comments:

Seawatching for eight hours on Saturday, walked nearly all the way up the island, got a lift for the last half a mile. Walking in a northerly with some rain, not nice. Thanks for the lift Mike. Started off with a north-westerly and ended up with a south-easterly, classic NRon seawatching conditions. Unfotunately, just as it was hotting up the fog came in, as it does on a south-east wind and put everything on the deck. However, 80 Sooties were nice, an ESP was distant and brief, a GND went by. Best of all though was that I broke the day Gannet record so 2,332 is now the day total to beat.... When we got back Simon very nicely caught the Marsh Warbler so that was well seen and then a grotfinch was caught up at Holland and we wizzed up there to see it. 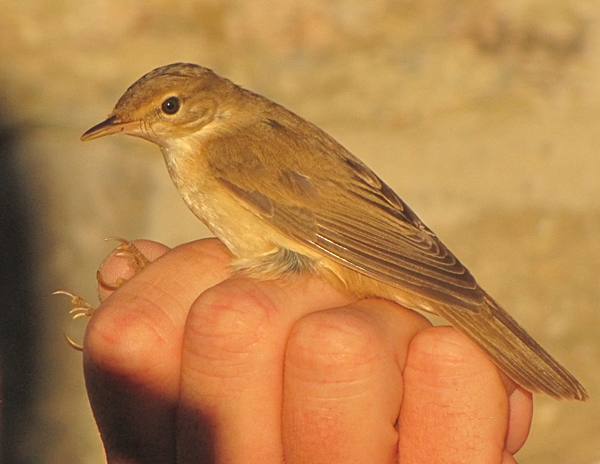 A fair bit of trudging around on Sunday in very pleasant weather produced very few migrants. A Redstart and two Willow Warblers at Gravity and eventually I dug a Barred Warbler out from Holland gardens. 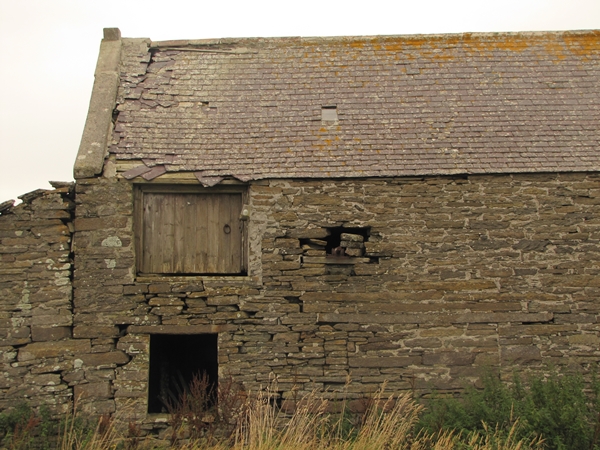 Oh! What a lovely day

Eider, LBbGull (1, ad), Shag were all hanging about.

All south, there was some northerly movement as well but it was too hard to count that as well.

The most striking thing for me is the lack of small skuas.The winds have not been the best for these but all the same. Over the last two days I've seen one adult Arctic. Maybe they'll come through later but.....

A tad disappointing. Interesting though. The Fulmar rate / 5 mins was 134 at Buckquoy when I left and only 36 when I got to Yesnaby, so a lot of them are going somewhere inbetween. I reckon a lot turn around, some head out and some.... die on the roads. My smelly friend departed this realm overnight. I'm guessing it was much less well than I thought. Currently rather a lot are being rescued from the fields daily on North Ron.

More tourist trouble whilst watching at Yesnaby. A large four wheel drive pulled up, sat near me for a bit (they must have seen the scope, surely they realised I was viewing the sea) and then drove into part of my spot, between me and the sea, and sat there. Gggrrrrrrr..... 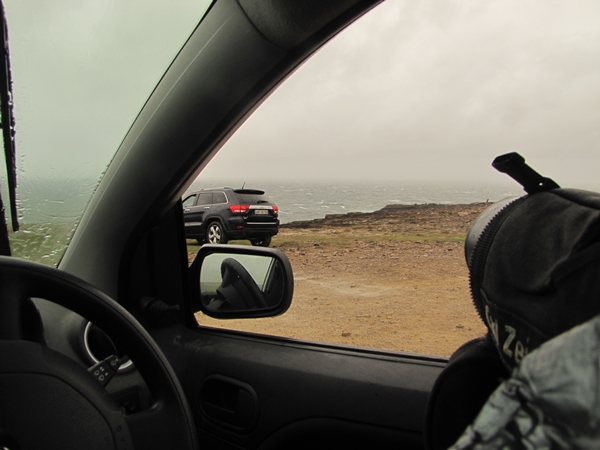 The tourist industry is of course vital to Orkney's economy and all visitors are welcomed with much hospitality etc - just don't park/stand in front of me when I'm seawatching.... 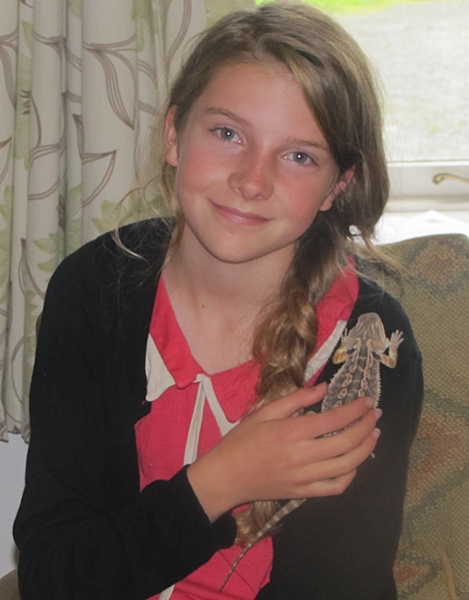 Ellen and her new friend, Sydney (a bearded dragon) Syd has grown rather a lot in a month, about 5mm a day, she's due to get a great deal larger yet. Most fun is unpacking her grub, getting 1000 angry and very active crickets into a quite small tank is a bit of a lark, involving some shreaking and general kerfuffle.