Here's some pix, not the greatest but.... 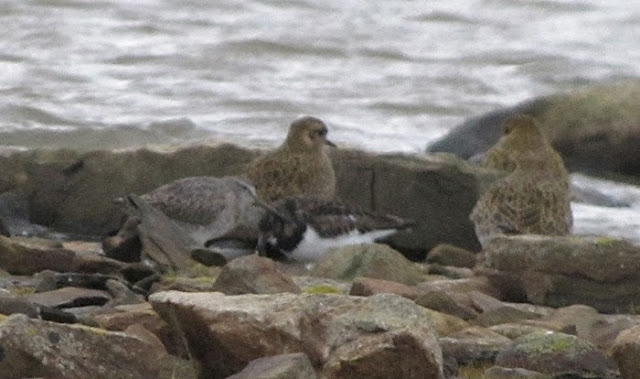 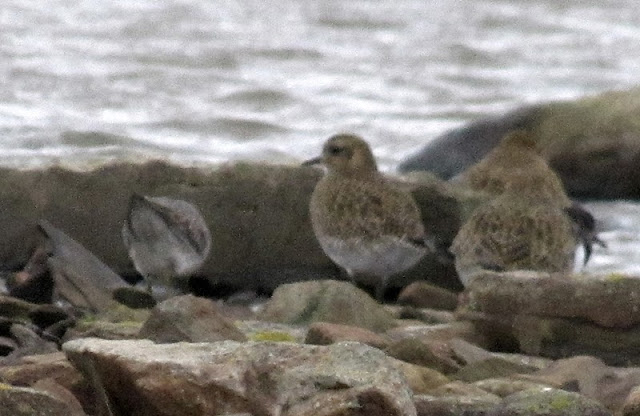 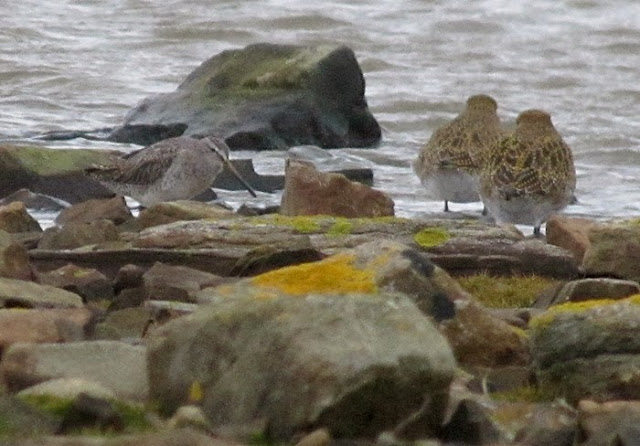 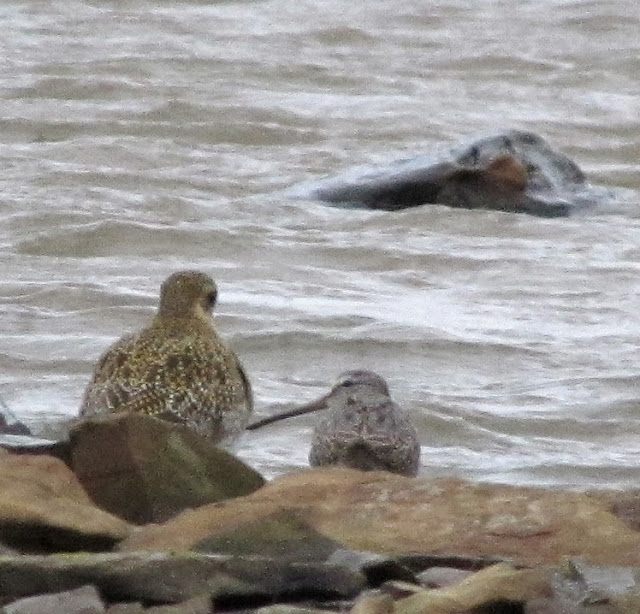 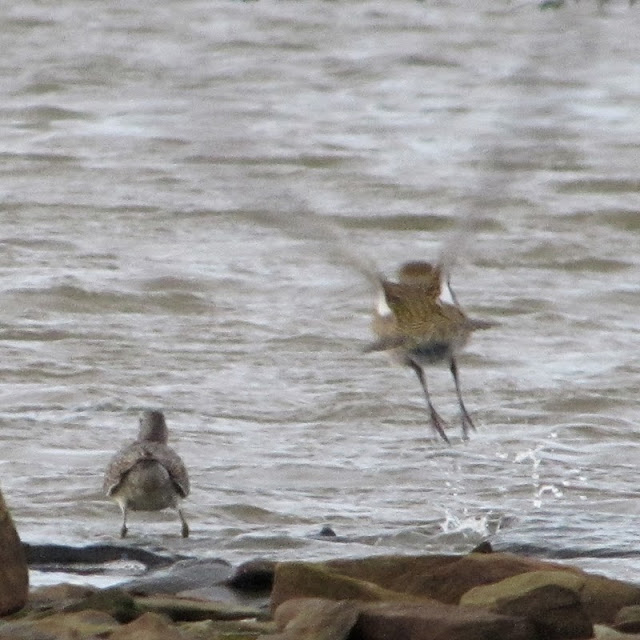 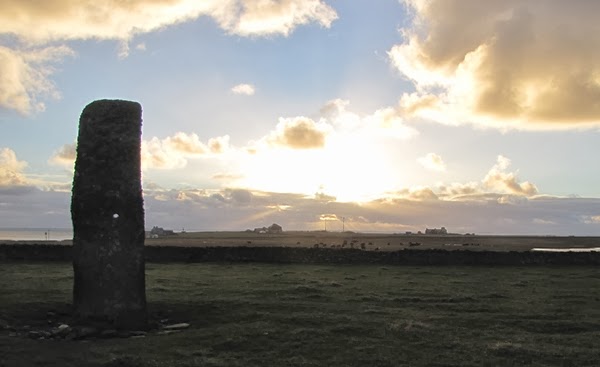 Also managed to stumble upon an Iceland Gull and a tromp down the island produced a very nice Green-winged Teal at Gretchen.

The first time I've ever flown for a bird and a brilliant day's birding. Thanks to MW for transport and locations.

...and seeing great birds. My area is north and east of Kirkwall and Tankerness. Really like birding on Tankerness, I should do it more often!!

Kicked off with flocks of 784 Eider and 235 Long-tailed Ducks and then it just got better. A Waxwing on west Tankerness, I was wondering where all the Velvet Scoter were as I only found 7, until i found a flock of 47 in Deer Sound and a drake Surfie with them. Also in Deer Sound was another Eider flock, this time 199. All around Tankerness there were Great Northerns, Slav Grebes, Long-tailed Ducks and a few Red-throated Divers. Other highlights were a Black-tailed Godwit and a Jack Snipe amongst two really large gatherings of wadeers. Geese were restricted to just over 5000 Greylags and 445 Pinkies, plus a weird Canada hybrid.
Posted by Alastair at 10:15 pm 2 comments: 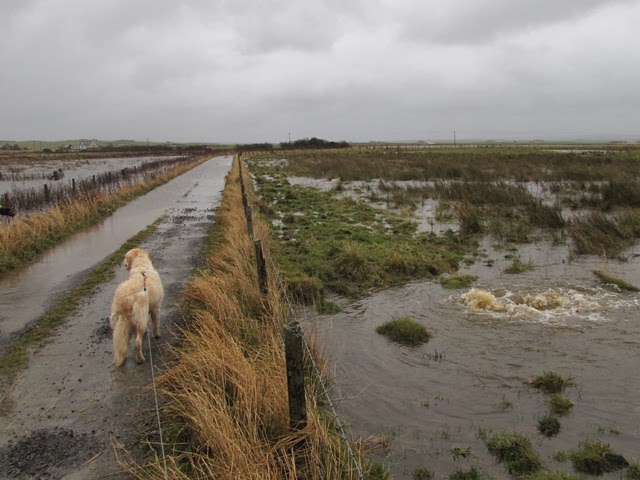 Water bubbling up into the field 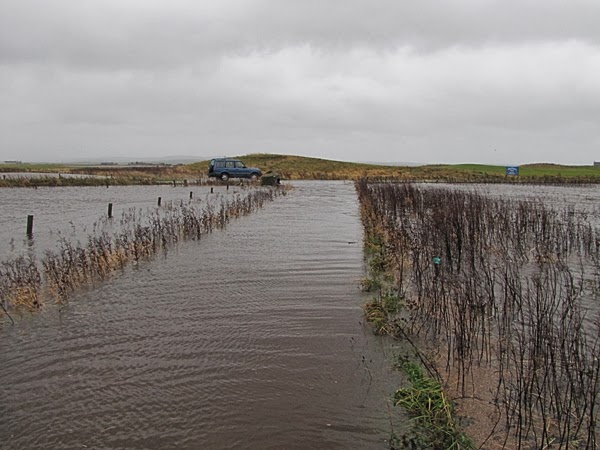 At the end of our track, a boat might be handy 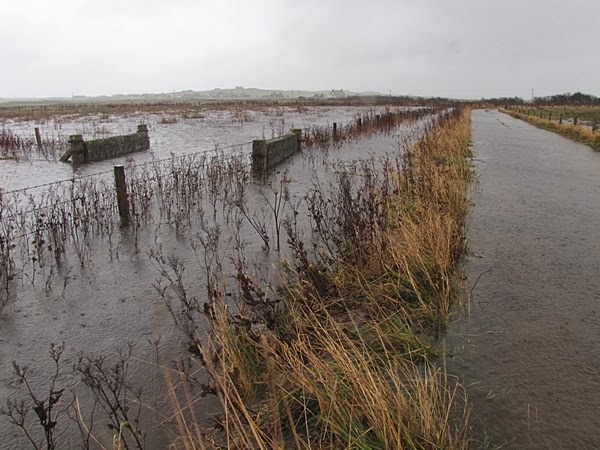 A very useful bridge, the ditch, our track (left to right)

Other than all this weather mullarky a slightly frustrating weekend birding-wise. Despite lots of effort on Saturday it took until late afternoon to finally get to grips with the Chiffchaffs that were skulking about the garden all day. In the end one was nailed as tristis, the other probably was one. No pix unfortunately because it was late in the day when i finally got half decent views. The bird looked very like the one in the photo from the other week on N Ron, although the rusty cheek patch was not as marked.

Today I ventured out in the afternoon and in an hour three blue Fulmars passed Pt of Buckquoy, two dark morphs and a deep blue double dark.
Posted by Alastair at 10:14 pm 2 comments: