Brief seawatch from Yesnaby this morn produced a single Blue Fulmar, a single dark morph, so a pale one compared to the deep dds. Otherwise just a trickle of Gannets, Kittiwakes, Guillemots and large gulls. Fulmars were going at about 350 an hour north and south. 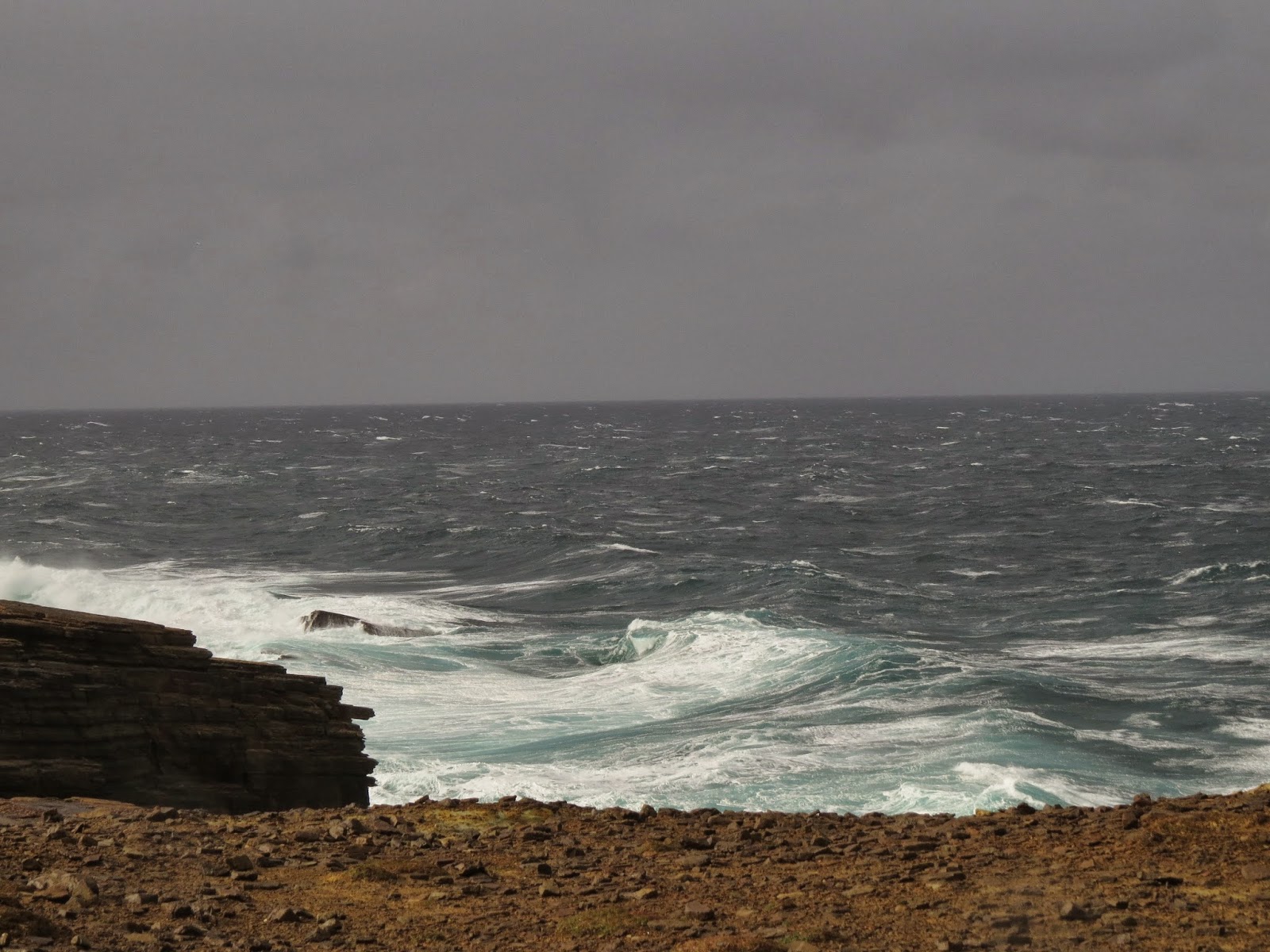 Probably not wise to drive any closer....

Posted by Alastair at 9:11 pm No comments:

Lots of Pinks around today with more than 500 at Loch of Bosquoy and a good scattering elsewhere. Tramped around today for little reward, an on-foot Pied Wag at Howaback means I can have that and maintain the non-motorised list for Patchwork. Best bird was the male Siskin on the feeders when I got home. 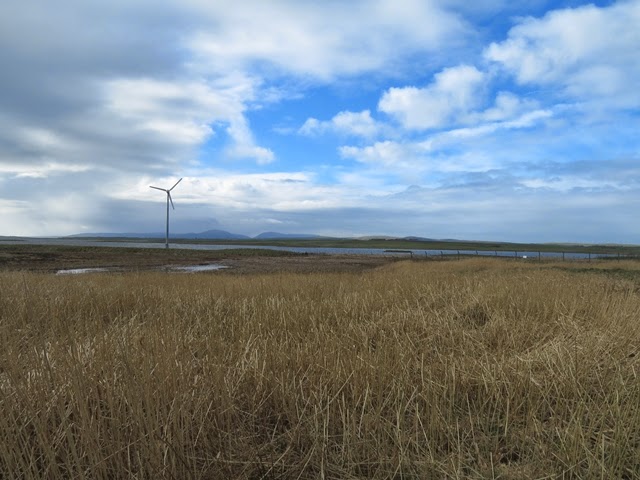 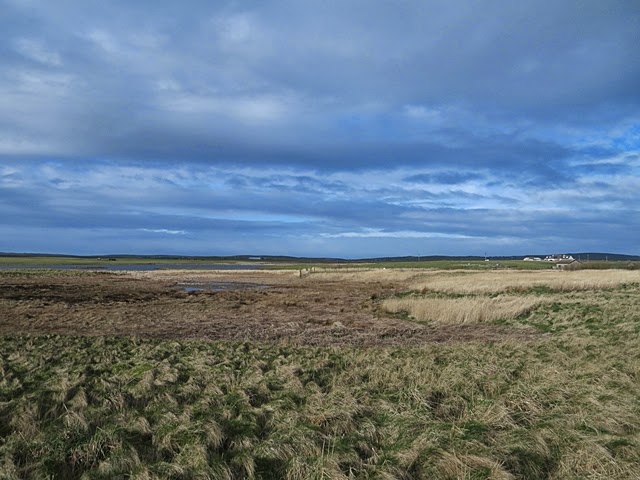 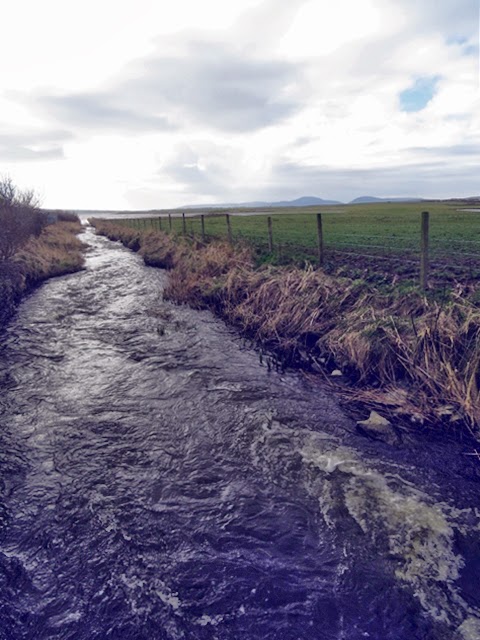 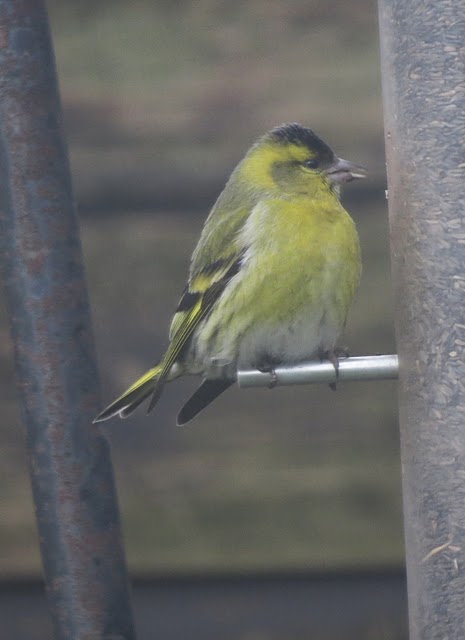 The tour around was for WeBS and there were good numbers of things at Bosquoy, including three Shoveler, but late afternoon at Sabiston produced 76 Whoopers, 10 Pintail and 9 Shoveler. 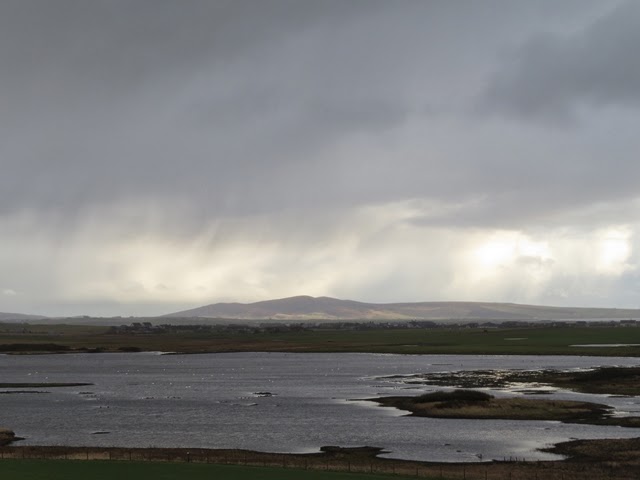 Taxi service duties took me to Kirkwall mid afternoon where I explored the PDC and Scapa, the Eider at Scapa were obliging. 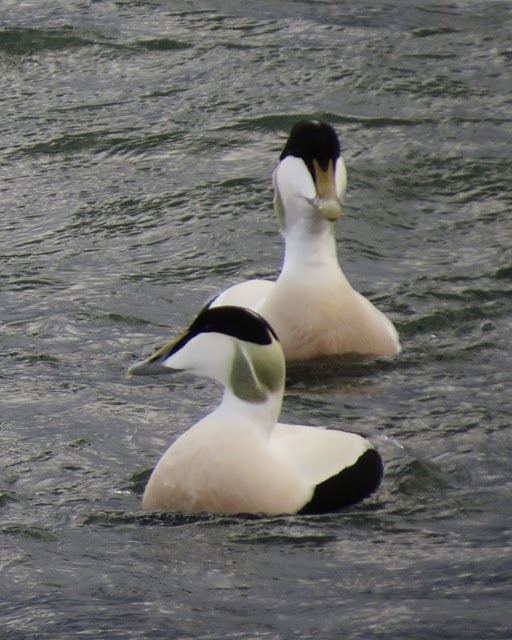 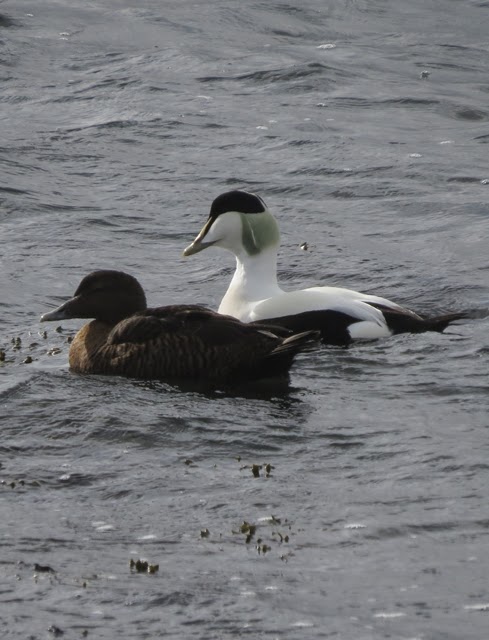 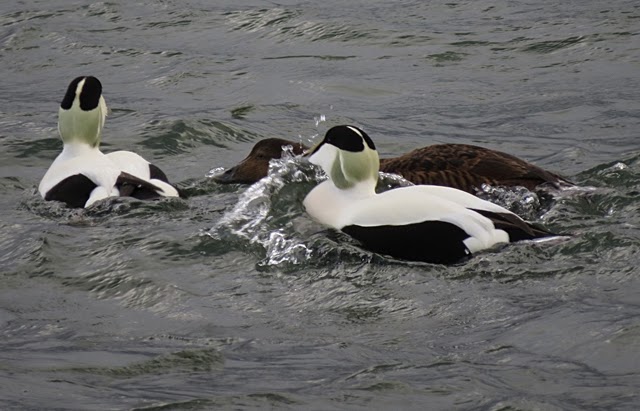 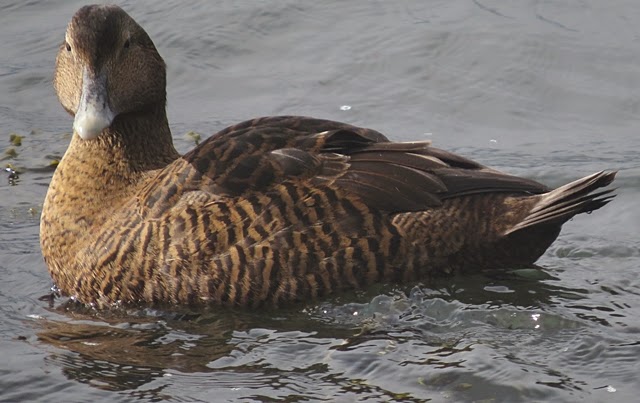 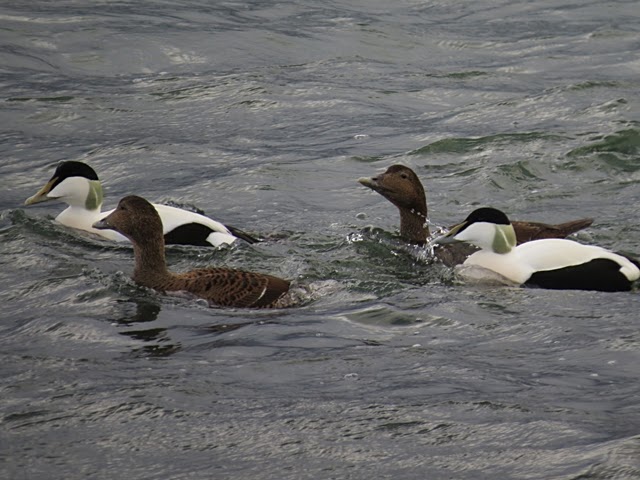 Just grim weather, nasty wind and rain after first thing Saturday, when I was on pony riding duty and couldn't really go birding, best were 49 Twite in the tup field and there were five pinks by the house.

Tried to do WeBS today but the wind was too strong and the rain blew in the car, so I gave up and spent two hours filling in holes on the track. That seemed to go well until a tyre on the trailer deflated and then came off its rim, so I finished up using the barrow, which is just too hard.
Posted by Alastair at 8:48 pm No comments:

Set off for Palace rather late and began by searching the Northside fields from the car. This goose caught the eye and at first I thought it was a Bean but further scrutiny later led me to the conclusion it was just a Pinkie. I find pink and orange very tricky through the scope, the camera seems to me to make the legs pink tho. 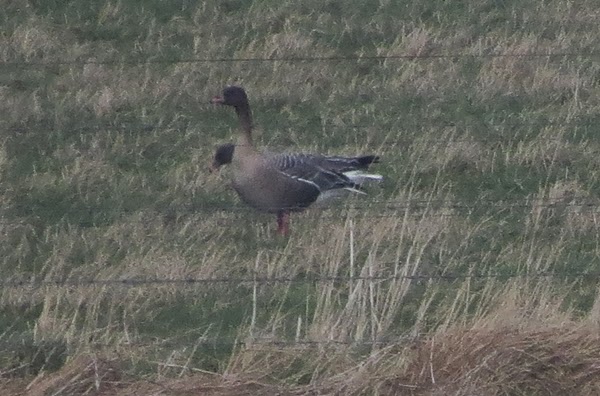 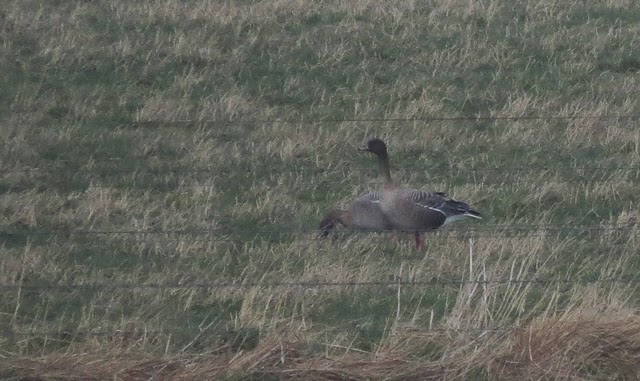 Arrived at Point of Buckquoy just in time for a very smart 3cy Iceland Gull to sail by probably caught up in a bit of light, large gull passage. Fulmars were whistling west at about 1800 or so an hour. The sea was quite spectacular. 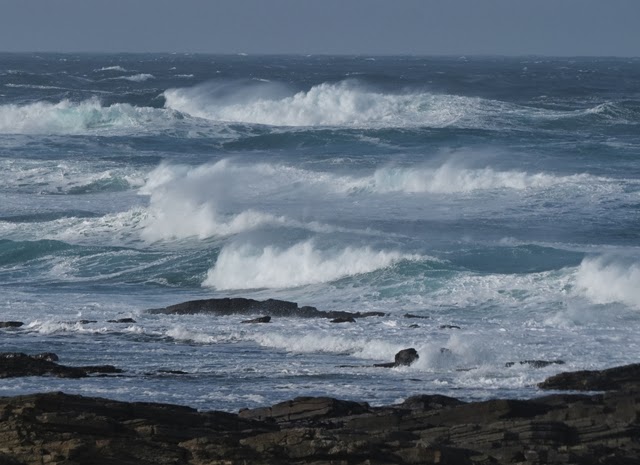 Then on to the Links where there were still about 250 Twite, but this time with one Linnet, a species we dipped on the bird race. Also four Snow Bunts were very nice.

Back at home a hunt about late afternoon produced a Woodcock, a patch-bird for the year (seen in the 1 mile radius but not previously in the Partchwork patch). 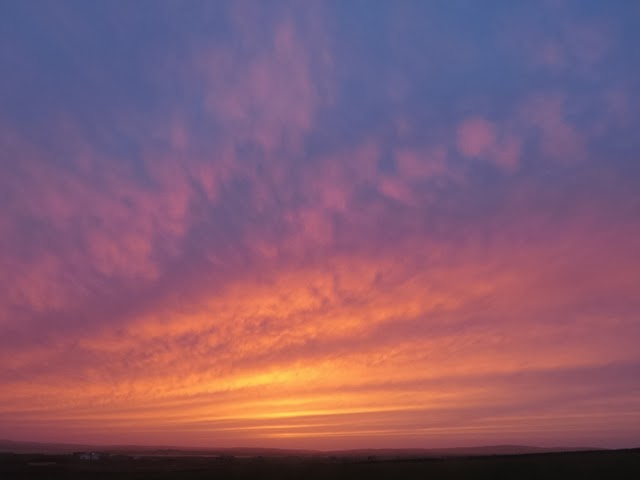