Bit of a buzz around today in not especially good weather led to me not seeing the Blue-winged Teal, adding Short-eared Owl for the year to the Old Nisthouse patch and losing the dog (temporarily) at Marwick. Gales forecast for the morn so not the best of conditions for the 100 species mark....
Posted by Alastair at 11:09 pm No comments:

Blue-winged Teal is still on The Shunan and managed to relocate the Green-winged Teal on Loch of Skaill, somehow avoiding the Ring-necked Duck...

Buzzard was added for the Old Nisthouse patch and Long-tailed Duck for Palace. 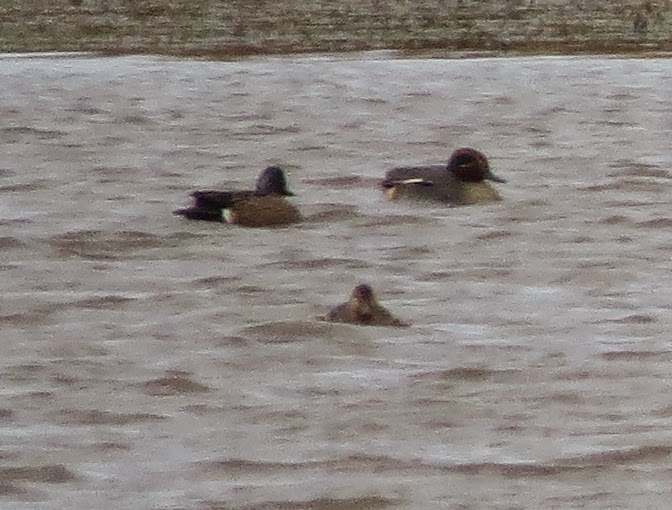 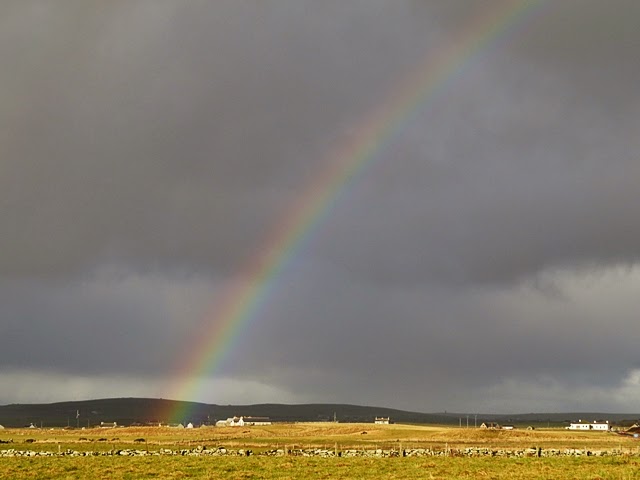 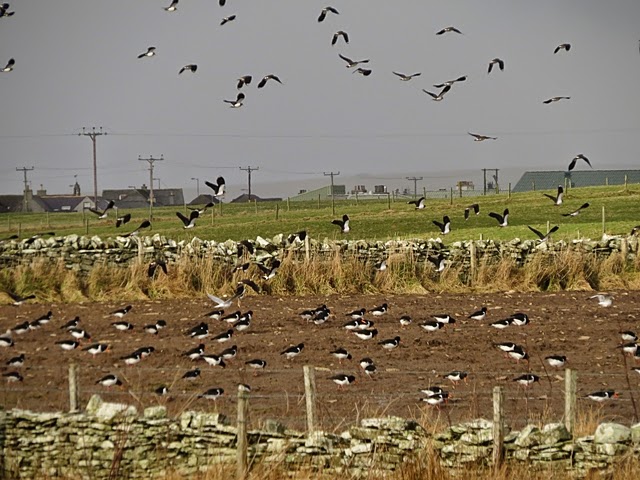 Oystercatchers and Lapwings by Old Nisthouse
Posted by Alastair at 4:20 pm No comments:

Yesterday was the first calm day this year that I've been able to go birding so down to Loch of Harray as Long-tailed Duck was still required for the year list. It took a bit of doing but one eventually gave itself up. Also for the year a very distant Red-throated Diver, and always nice to see drake Scaup and no fewer than 4 Slav Grebes. 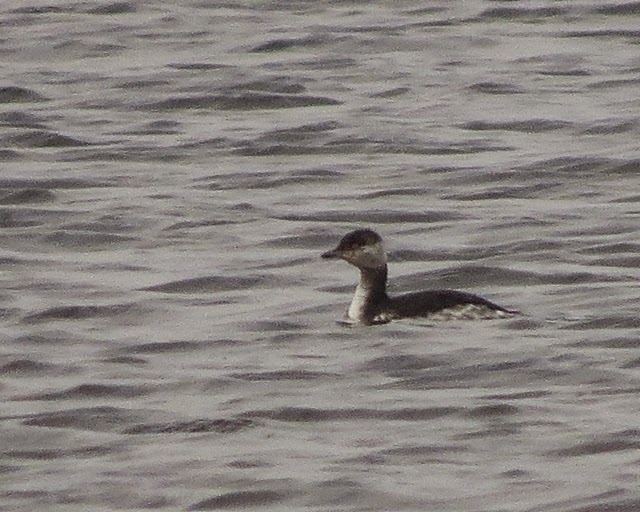 On to Howaback where there were plenty of Fieldfares and Redwings, a very large flock of Twite and good numbers of waders and duck. The hound disappeared after a rabbit so I spent longer there than anticipated but in the sunshine and gentle weather there was not much to complain about. 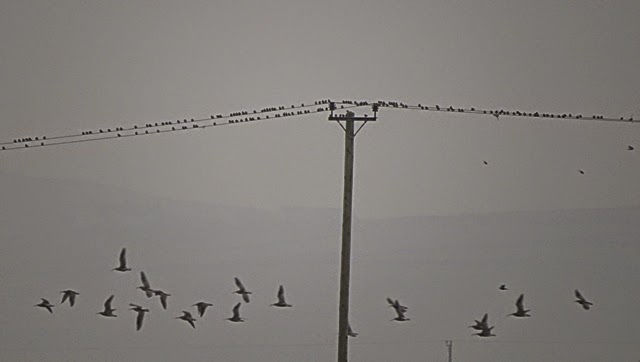 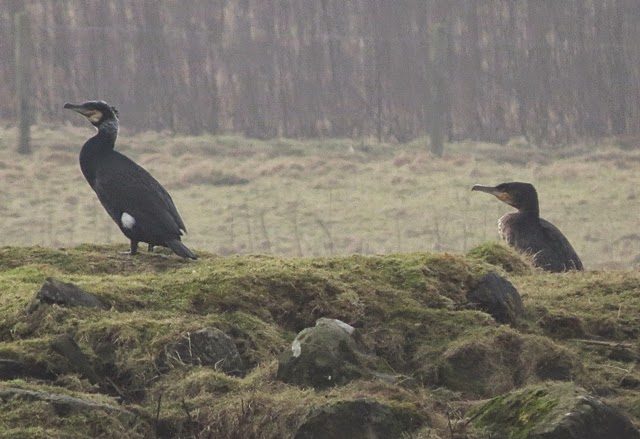 On Friday I'd gone into Kirkwall, couple of things from the PDC. 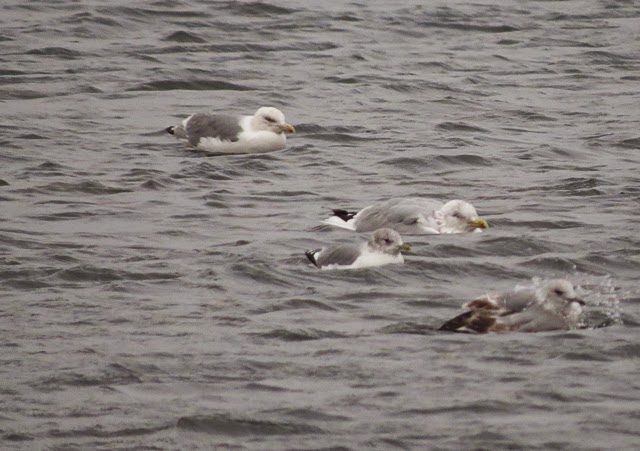 Gull at the back looks dark to my eye... 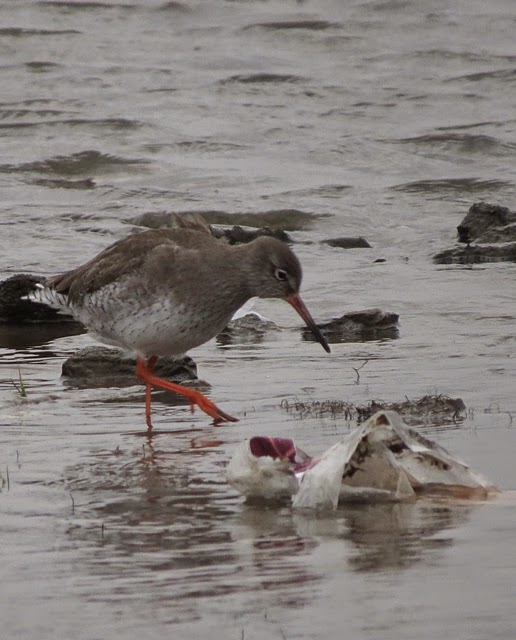 Hopefully the charge for plastic bags will reduce this sight in the future.

Very windy today, Peregrine passed the bedroom window as I sipped my early morning cuppa, then a Sparrowhawk low between the cars from the kitchen. Could barely make headway at The Links and retreated to hiding behind the dyke and watching around the burn. Best was on the way back, these gulls feeding around the plough. 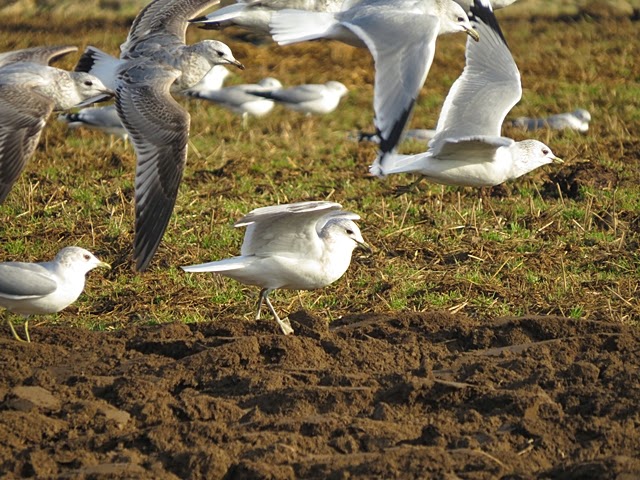 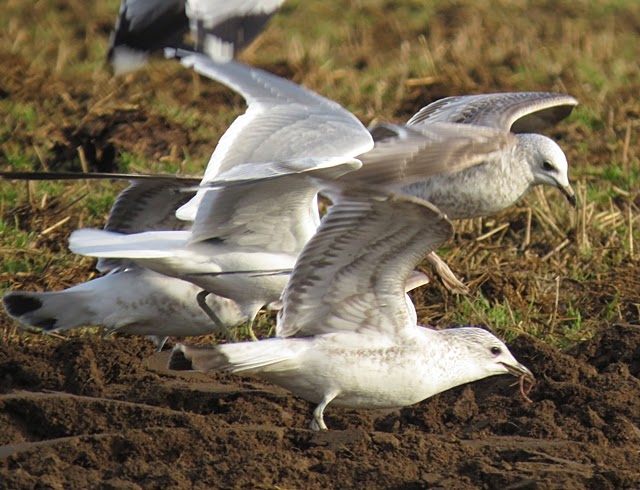 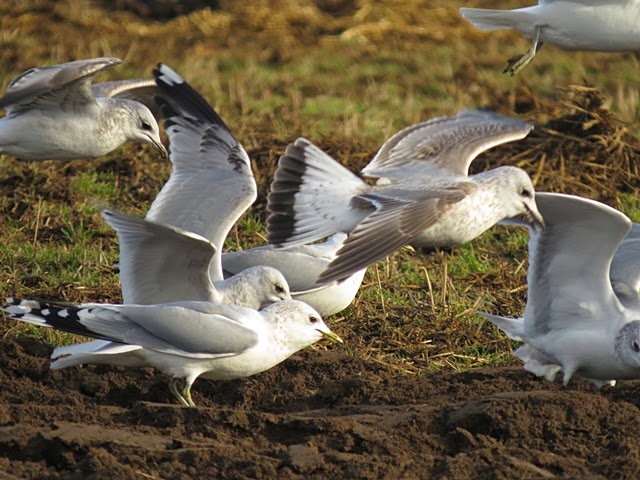 Jobs to do yesterday p.m. 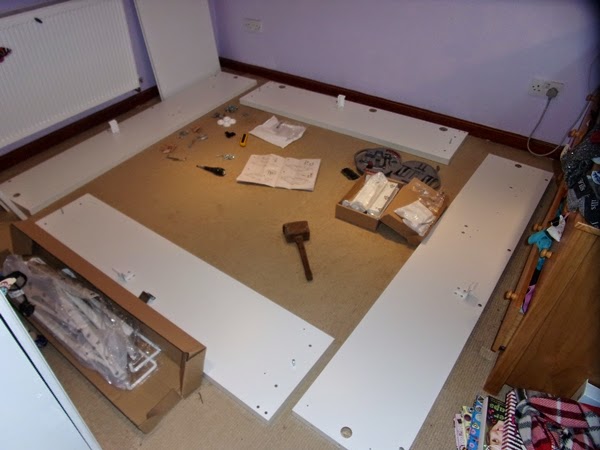 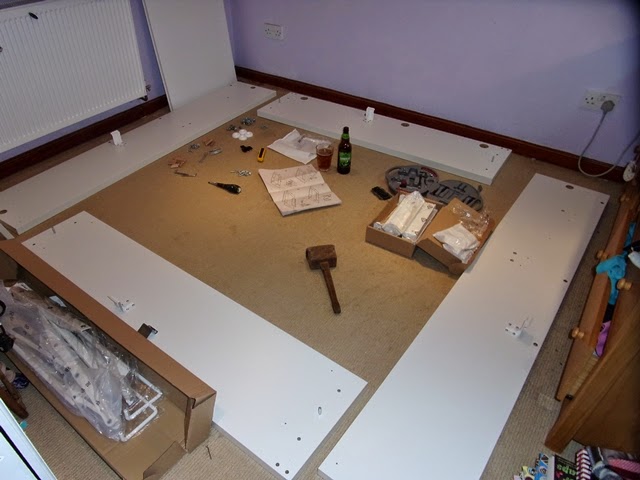 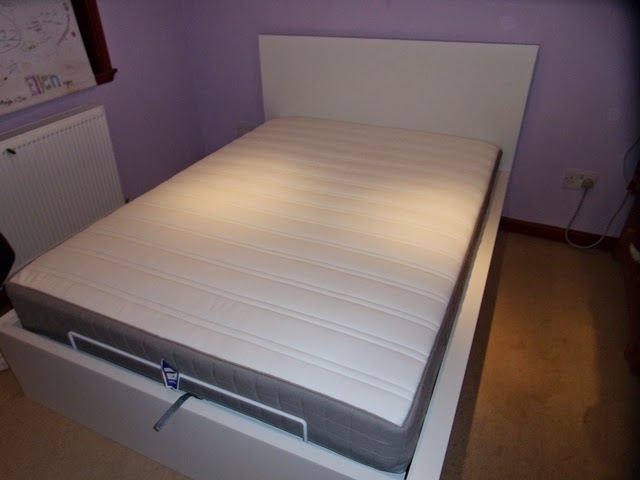 Rather a lot of hours later.... 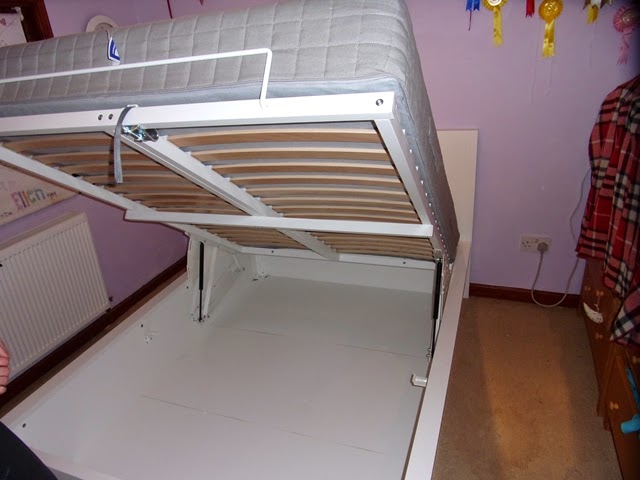 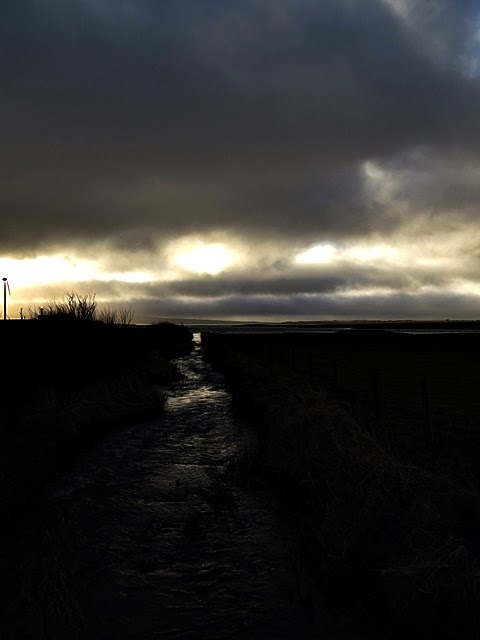 This is the burn at Howaback

Great birding at Loch of Sabiston for the WeBS count with loads of birds, nothing special just piles to sort through.

Mollie and I took Cora to Evie late afternoon, nice skies and reflections. 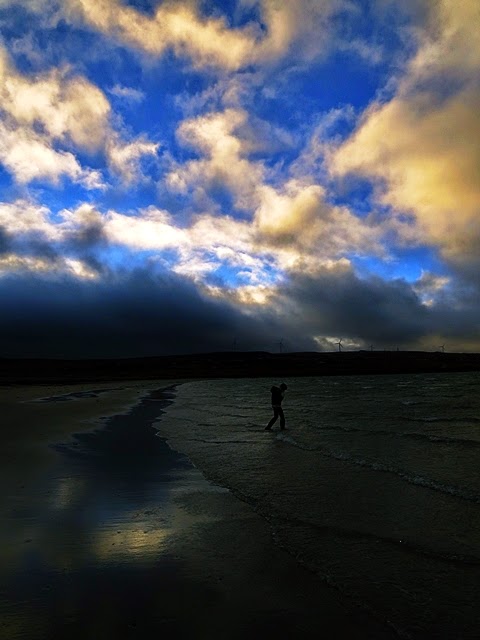 Another quacker (or two) from across the pond

Nice surprise this afternoon. Having delivered youngest daughter to a friend's I went on to Loch of Skaill, always a place for lots of birds. Working through the tufties for about the third time the bill markings of one jumped out at me, nice, Ring-necked Duck. It was quite close and I got good views for about a minute. Looked away to text it out, looked back, disappeared..... Searching through again I picked out the Green-winged Teal that was found there last week, more brightly marked than the Bosquoy bird to my eye, a different one. 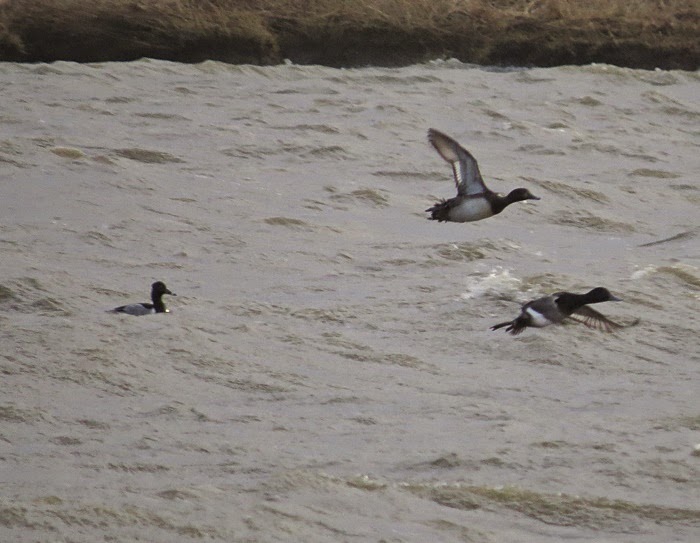 Ring-necked Duck, the one on the water

Not found R-nD before, so rather chuffed. Subsequently managed to relocate it at the other end of the loch.

Earlier on the seawatch at Point of Buckquoy produced a Blue Fulmar, a Puffin and right at the death a very smart 2cy Glaucous Gull, think that's the ninth one for the Palace patch this year. Also there Tystie for the year. 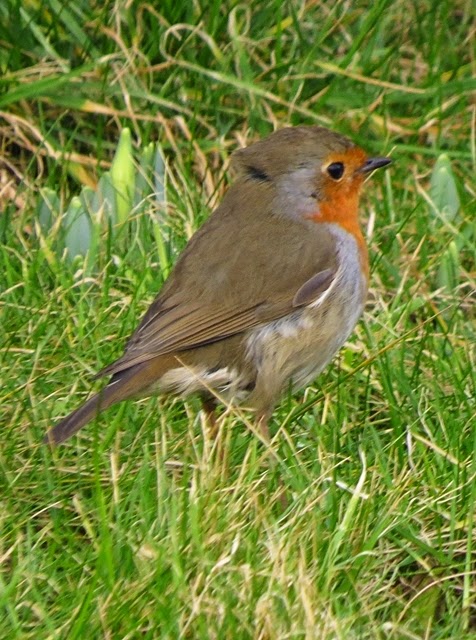 This has been present in Palace village all winter so far, not a species that is especially common there

No sign of the rarer teals on the home patch. On Bosquoy a large female Peregrine was terrifying everything towards dusk. With persistence she forced a Curlew down on to the water repeatedly but just couldn't pick it off. In the end I wasn't convinced it was serious about hunting and was perhaps just being playful, not that the Curlew was enjoying the game. Also there a couple of Goosander.

On Thursday finally added Black-headed Gull to the year list for the home patch, hunting over the new partially harvested neep field.

Horrible flu and ghastly weather on Saturday so very little birding done. Weather was better today and the flu had abated somewhat, but Louise had the flu so I had ponies to care for, hay to fetch, girls to sort out etc. 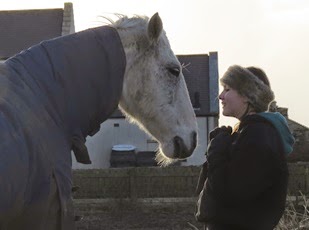 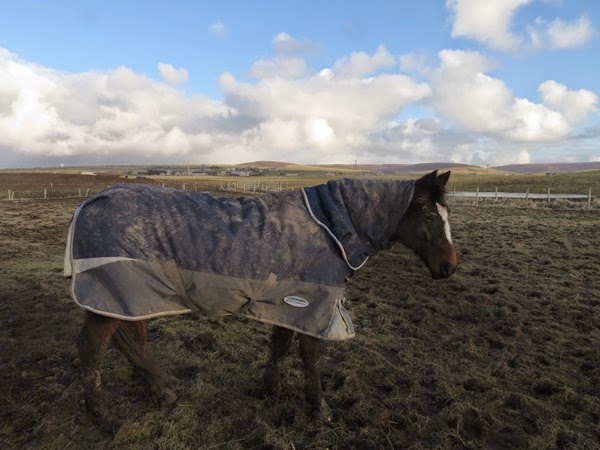 The Blue-winged Teal showed well on The Shunan and I managed to add Slavonian Grebe and Scaup from Loch of Harray, despite it being pretty choppy. Amazingly enough I'm only five species short on last year's patch total for January around home, so not bad. Quality species as well with the teals, Iceland Gulls and the uncounted Gyr. Ruff, Jack Snipe, Goosander, Merlin and Kestrel are all worth a mention, a January Pied Wag was quite a turn up. Missing were Buzzard, Black-headed Gull, Skylark and Woodcock.

I failed to get to the coast in quite promising weather for seawatching so no extra points there.

A bit of a recalculation with the numbers from the downloaded BirdTrack lists give: 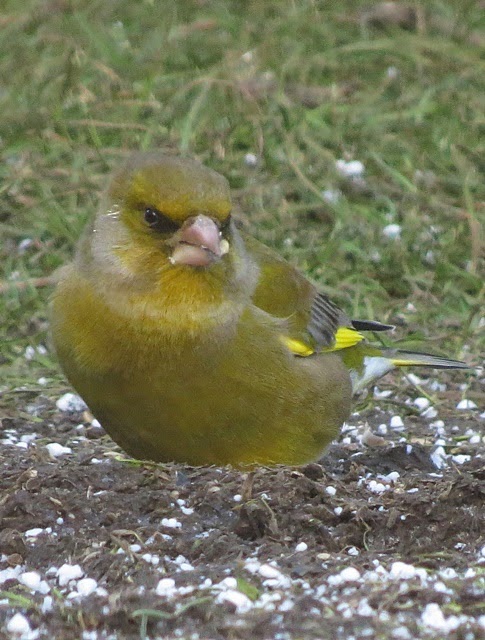