Orcas from the garden

Scanning from the garden towards Clestrain Sound, 10km away, and looking for Gannets there were a few big splashes. Gannets I thought and then had a re think as I hadn't seen a bird and those were mighty splashes. Next thing a large black shape hurtles out of the water and makes a more serious kind of splash, ah, so that explains it. Louise had a look as well and the beast breached again. Couldn't see any white markings unfortunately, the distance might have had something to do with that.

The scanning had earlier produced brief views of an Osprey. The pair of Goldfinch from yesterday re-appeared on the front feeder.

No pictures of any of these but some nice hovers and some moths earlier and a backlog of photos to post anyway.
Posted by Alastair at 12:38 am No comments:

Invasion - what does it mean?

Millions of the tiny migrant moth Diamond-back have arrived in the county, the garden and any sheltered spot is full of them. As the afternoon shifts to evening they begin to fly and yesterday evening it appeared were generally heading north. On Friday night there were 116 in the MV but in perfect catching conditions on Saturday night there were 414. Today there did seem fewer about and last night the MV caught only 15 or so, but I over-slept and it was a clear bright night. There have been other migrant insects also with four Painted Ladies, Silver Ys in the MV and four Dark
Sword-grass. 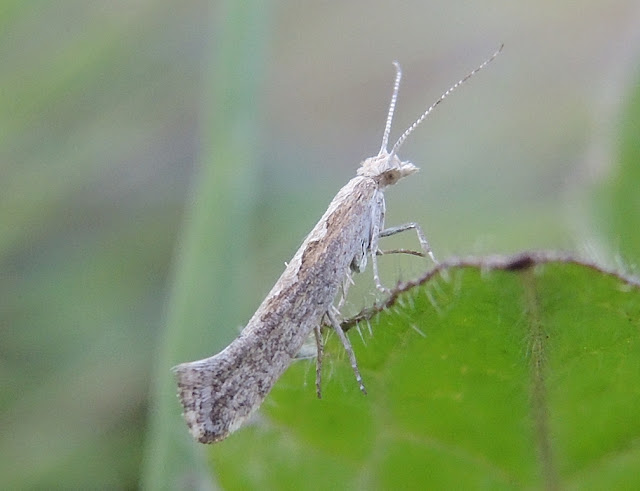 The invading force has arrived 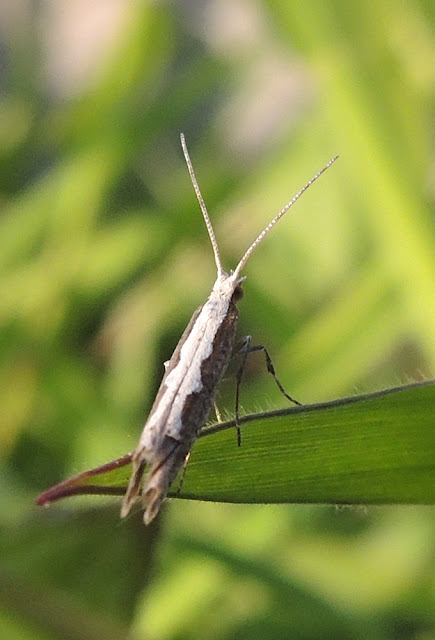 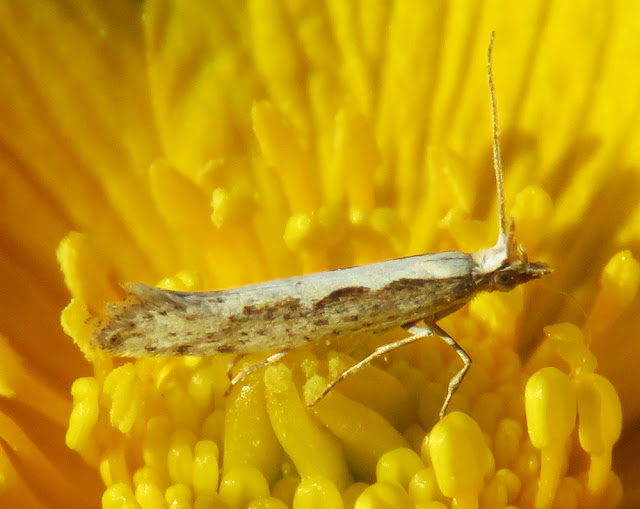 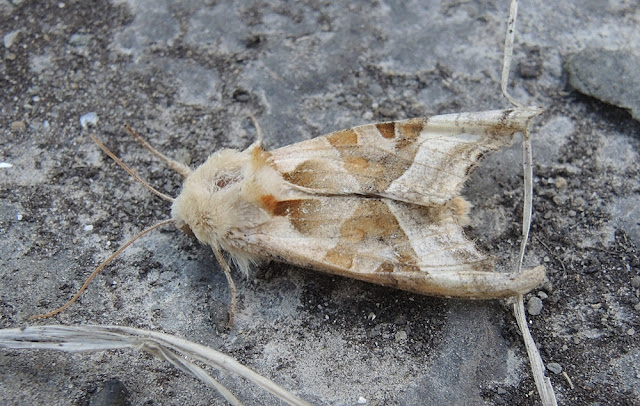 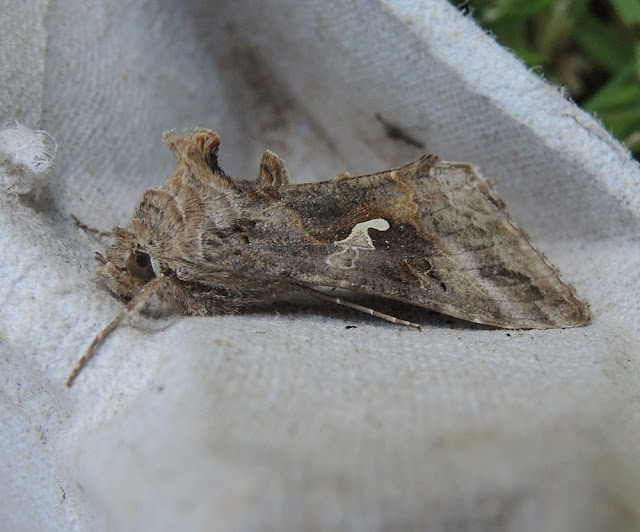 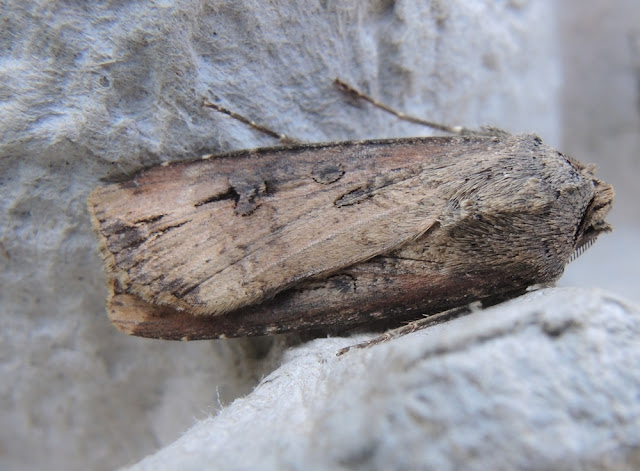 I don't see many of these, Dark Sword-grass 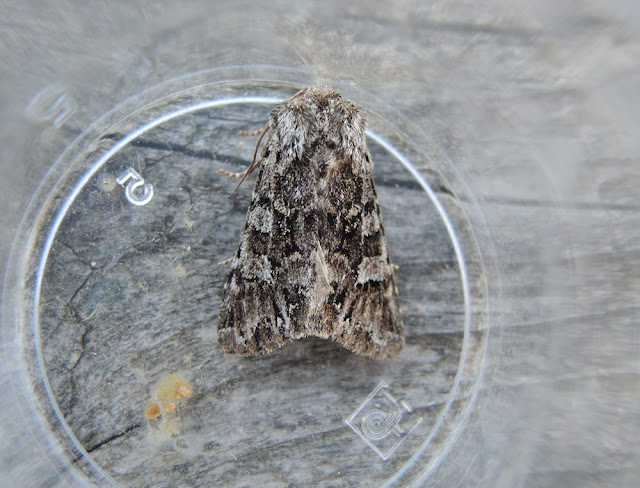 Star moth of the last few days is this Glaucous Shears, a tick

I'm writing at nearly midnight and have just finished watering the garden, at 1:00 this morning there was still a very healthy glow in the sky. The not getting dark is odd, even after being here for seven years it is still odd. 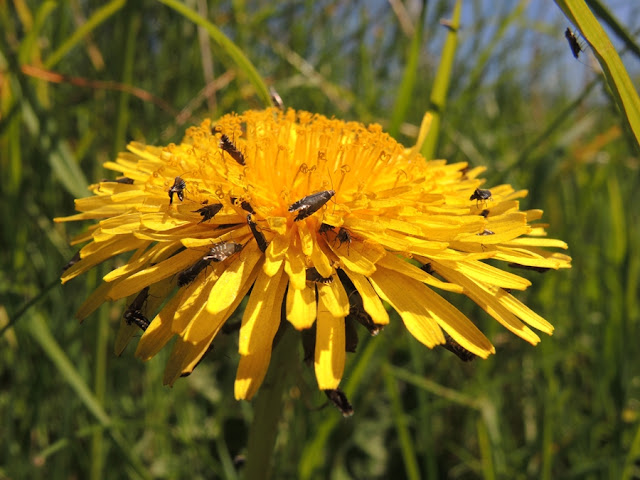 There are also hundreds of these about at the moment, Cocksfoot Moth, Loch of Bosquoy 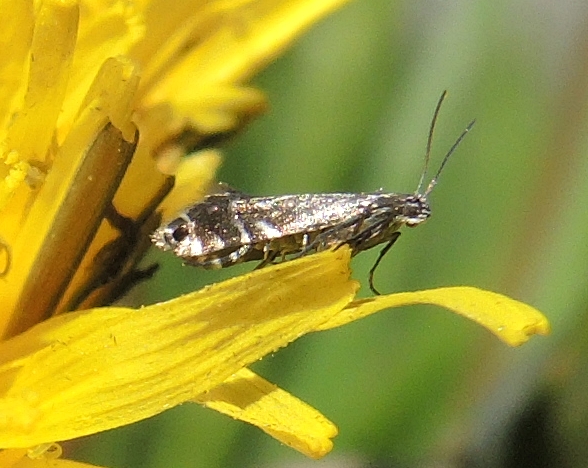 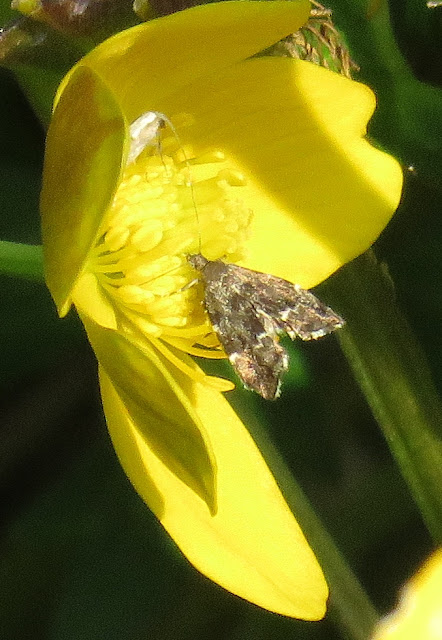 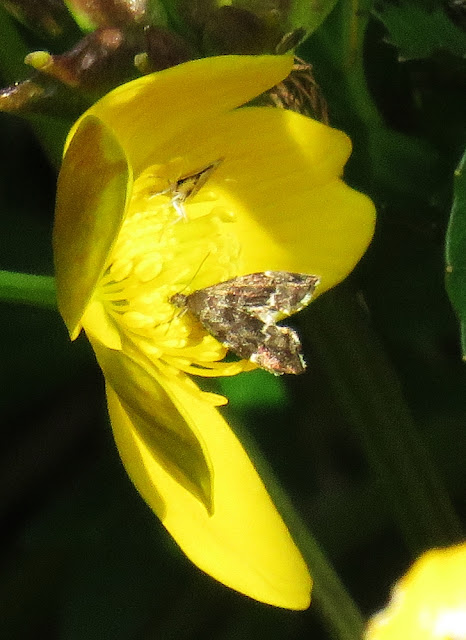 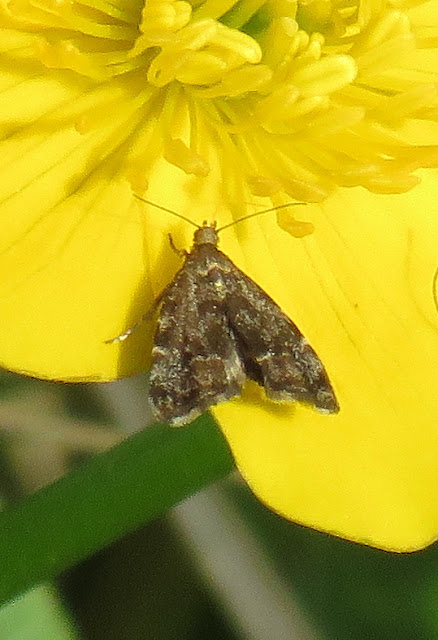 Hoverflies have been pretty good too with these my favourites 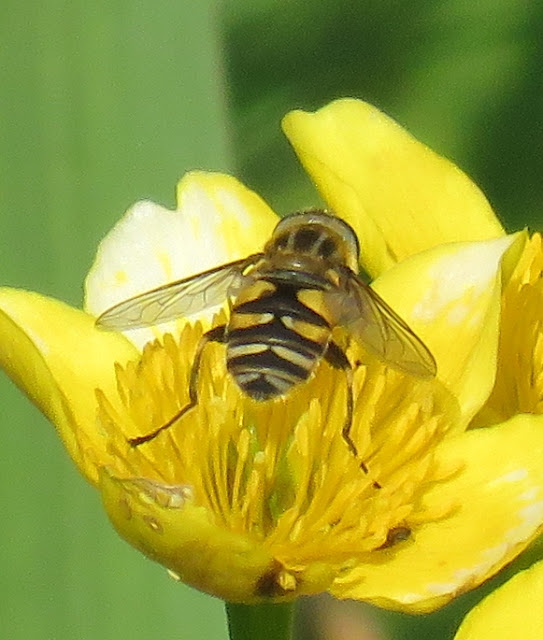 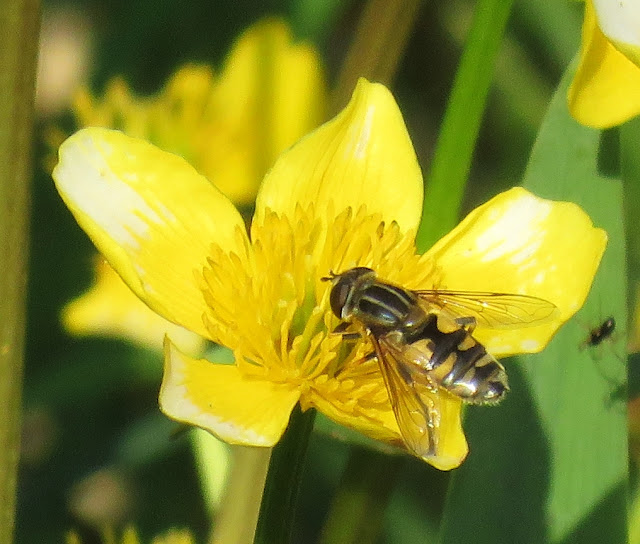 A slightly confusing Helophilus hybridus, thanks to Roger Morris for confirming this 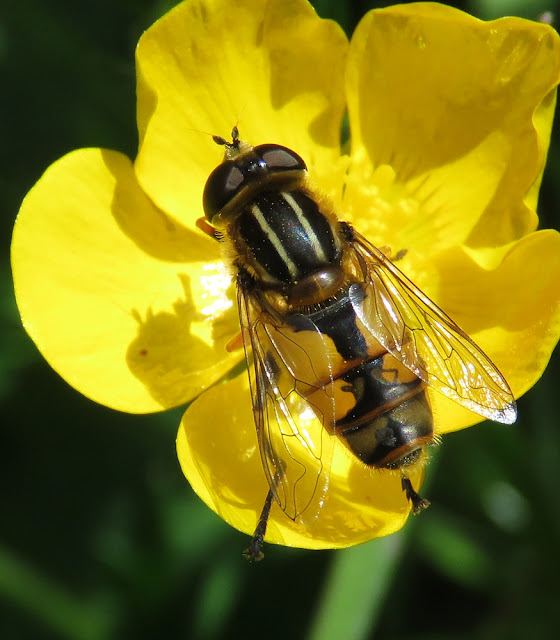 This one was more typical and an easier ID 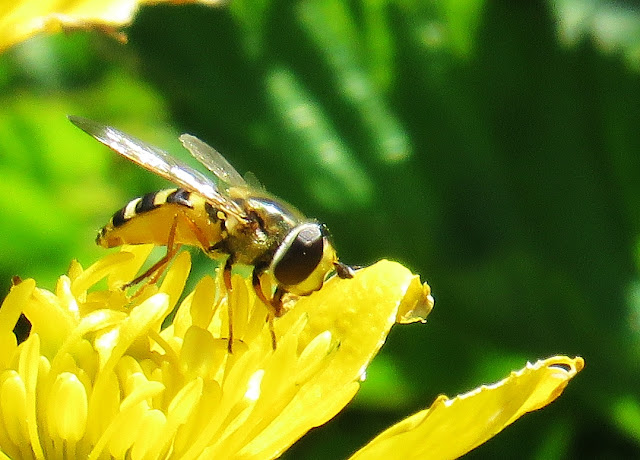 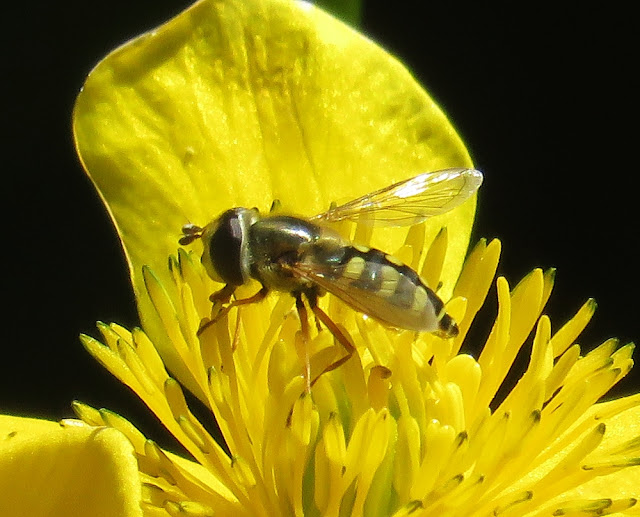 Both these species are potentially migrants also.

Other than the Cuckoo it's all been a bit quiet on the bird front the odd Redpoll has popped in on the feeders or flown over but mostly it's checking on the breeding birds... a flyby Bee-eater wouldn't go amiss. 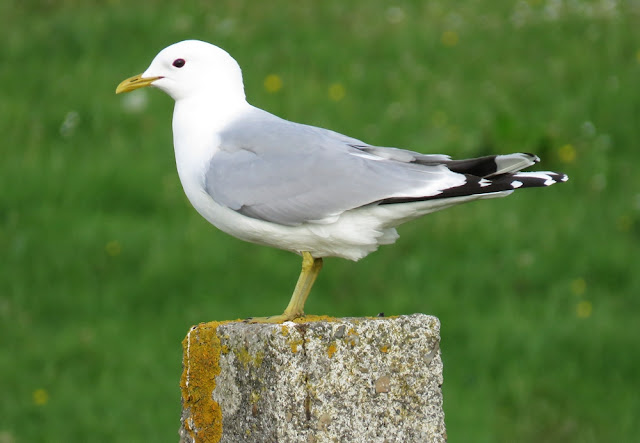 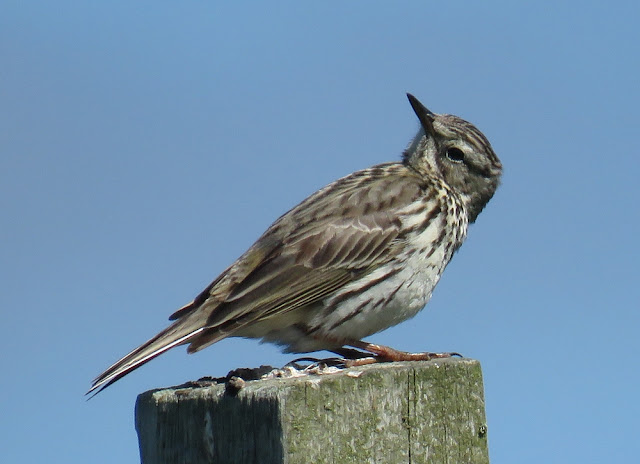