On holiday. No wind. Nice enough to sit outside.

I photographed some lichens on the hawthorn hedge on Friday. Had a go at identifying these, hopefully I've got somewhere close. 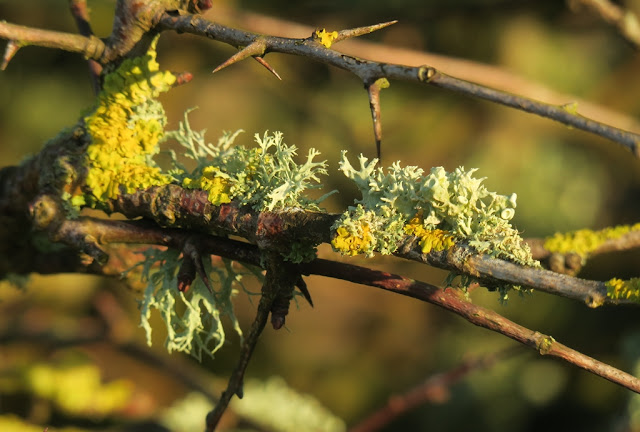 Xanthoria parietina, the yellow one, and Ramilina fastigiata 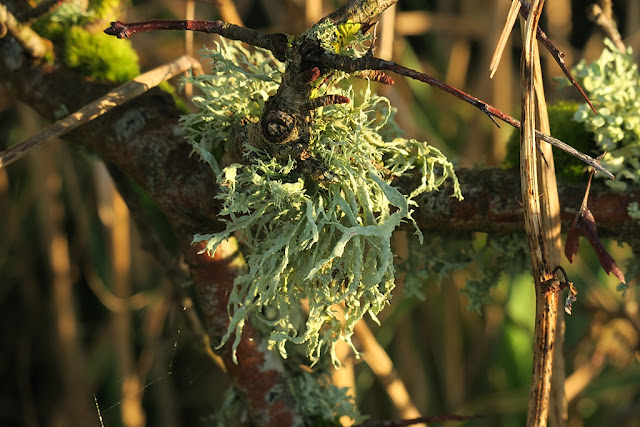 I think this is Ramalina farinacea. 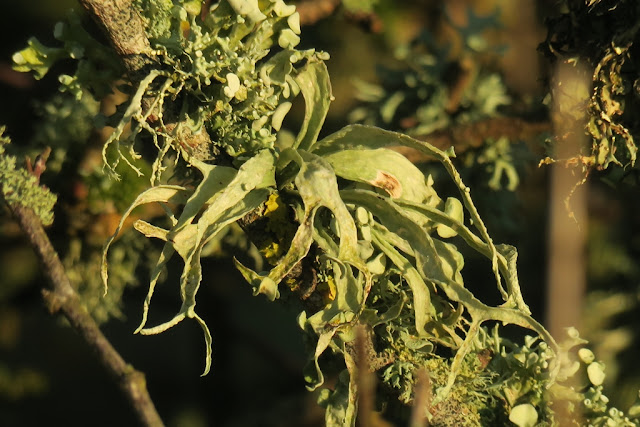 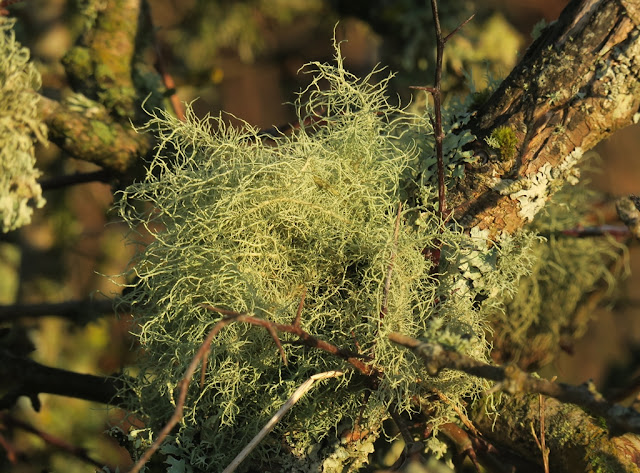 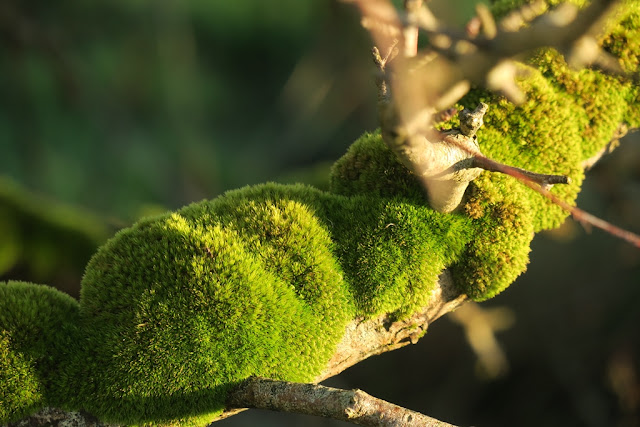 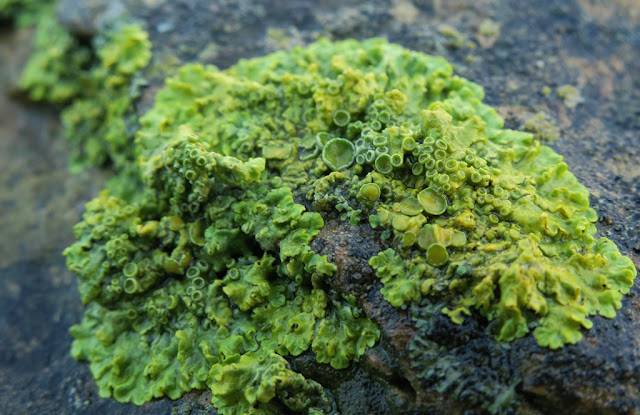 Caloplaca maritima, this was at Palace, today (Saturday).

I stood by Mount Misery at Palace late morning today and the Snow Buntings were just flying around. I couldn't figure out what was causing them to be so unsettled. There were a couple of nice flybys, Oystercatcher panic, Peregrine stoop, but he missed the Snow Bunts. 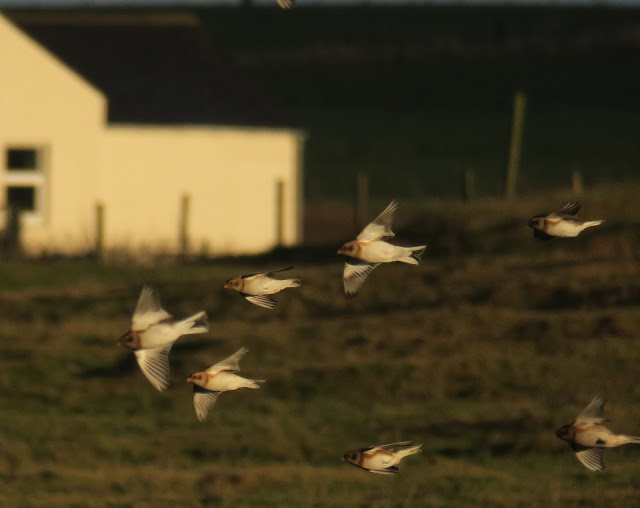 There were piles of Rockits on the beach too, and some of the Snow Bunts were sheltering there later. 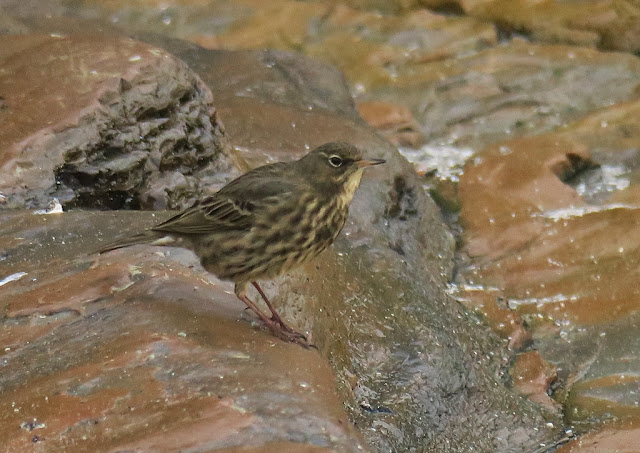 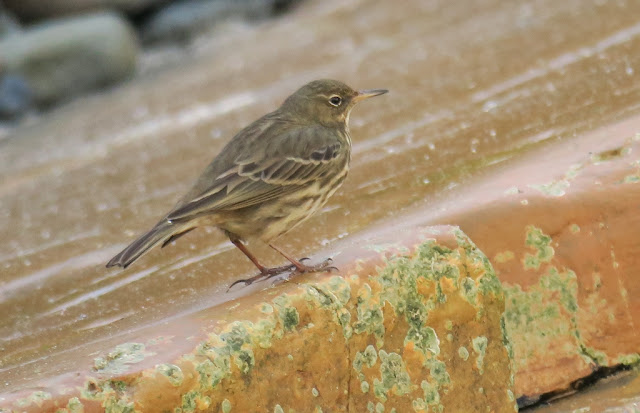 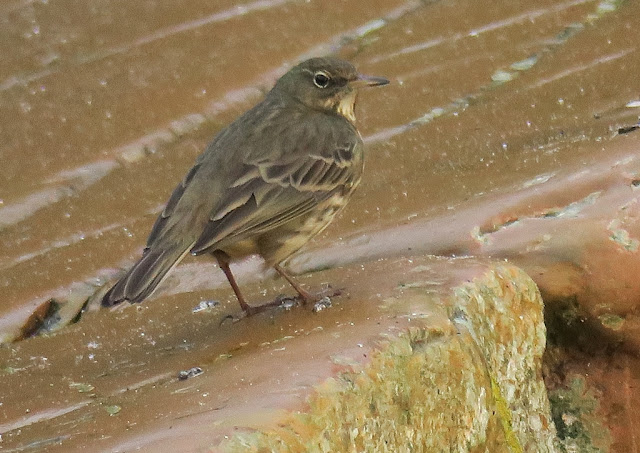 Next on to The Loons where there were 19 Greenland Whitefronts and two colour ringed Curlews. After a bit of an effort I managed to get pix so the rings could be read. 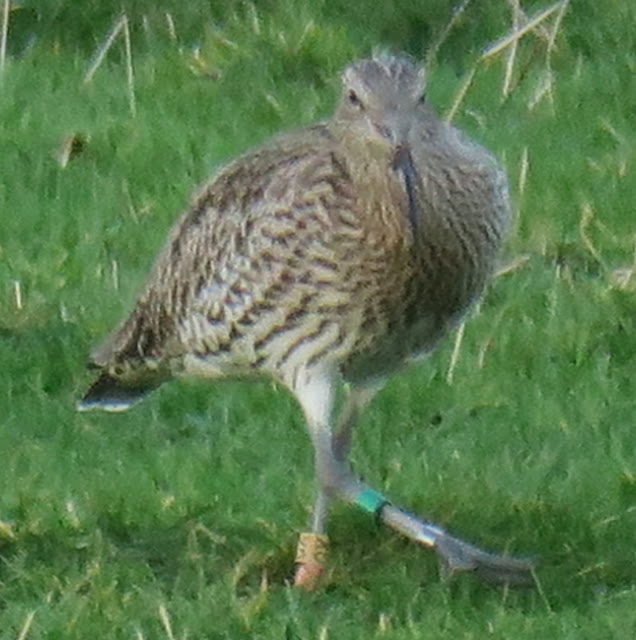 At Skaill I bumped in to the ringer of same Curlews who was quite pleased with the efforts. Unfortunately the hoped for Green-winged Teal did not put in an appearance and there were no WW gulls. However 328 Barnacle Geese were some compensation.

A quick walk around at home dug out some of the Goldfinch flock, there had been 10 yesterday, three Woodpigs, unusually, but notmuch else.