I'm writing this on a Saturday, a bit late, my intention is to post once a week but sometimes that can be tricky. As I get older work gets to be a tad more exhausting and I quite often just don't really feel like doing much when I get home during the week. This week though I have made a poster for a Field Club event later in the year. I've started a hoverfly piece as well, also for the Field Club.

I've just read The Guardian obituary for Jeremy Hardy, written by Miles Jupp. One of the funniest people I've heard was Jeremy. When he got into gear he could rant in a way that fitted with my world view but make it very, very funny. Sharp observation and a wonderful turn of phrase. Friday evenings and The News Quiz will never be the same again.

Last weekend I identified a few things, having looked under a large stone in the Wee Wood. A snail, a harvestman species, and a very tiny woodlouse. I also went back to some beetles that I wasn't happy with last weekend and got a much better result, including another new species for the county (if confirmed). 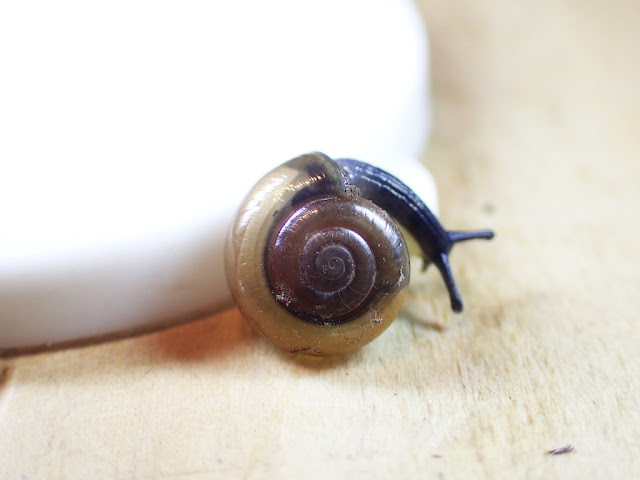 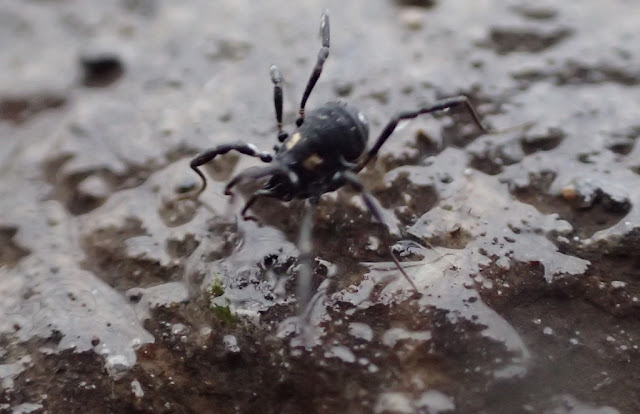 Nemastoma bimaculatum, there were three of these under the stone. 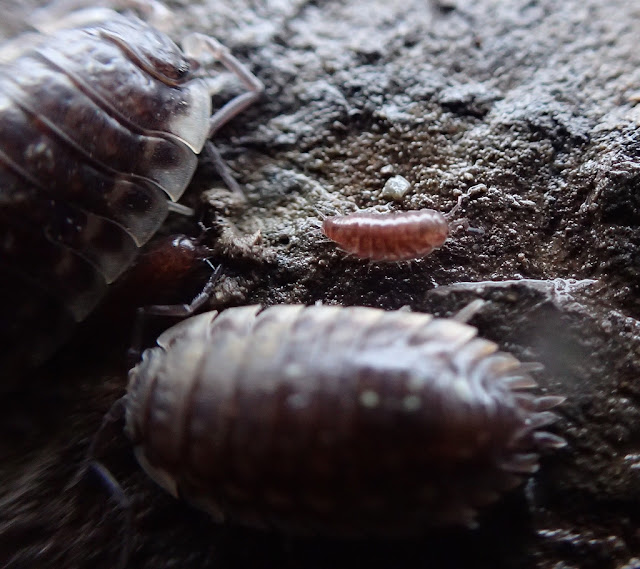 Trichoniscoides pusillus sensu stricto (as this may be an aggregate of several species), the tiny red one, the big ones are Oniscus ascellus (corrected). 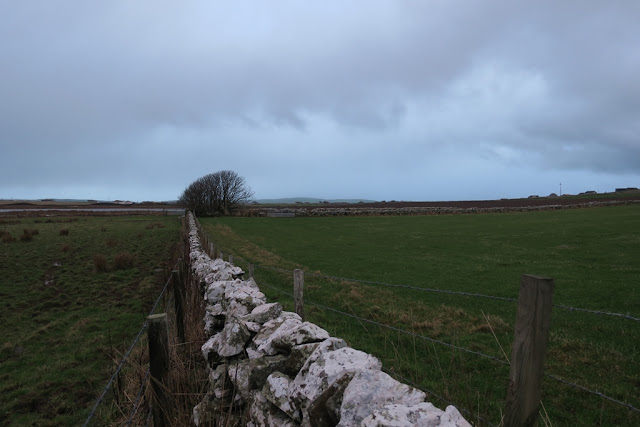 A view of the Wee Wood, my bioblitz site for this year, the wood is about 20m long and 5m wide. 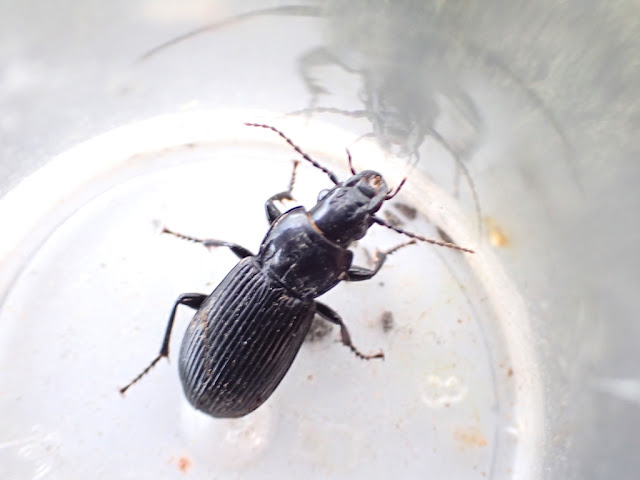 The reidentified beasts were from some shore-line litter I took from Loch of Bosquoy a week earlier and put through the extractor. These species are all new for me, Helophorus brevipalpis, a Laccobius which ought to be minutus but has one or two characters associated with biguttatus (very unlikely though) and best of all and new for the county (CR endorsement awaiting) Ochthebius bicolon, a very, very tiny thing. 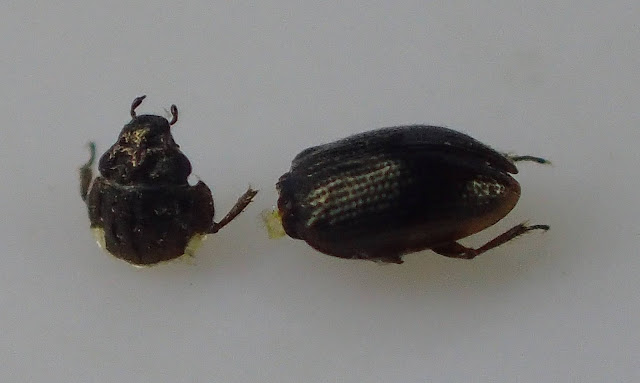 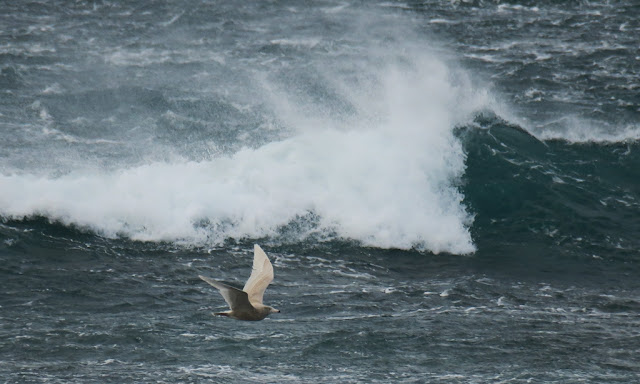 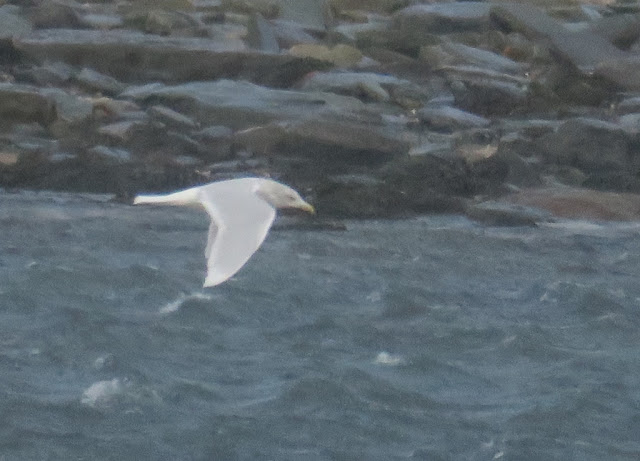 Geeb and argentatus Herring Gull (larger than the Geeb, a brute). 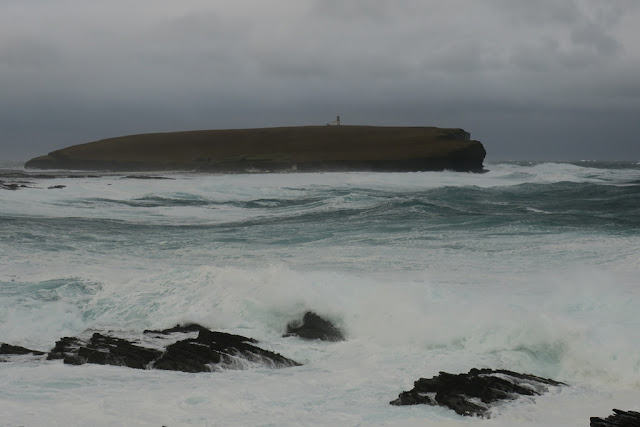 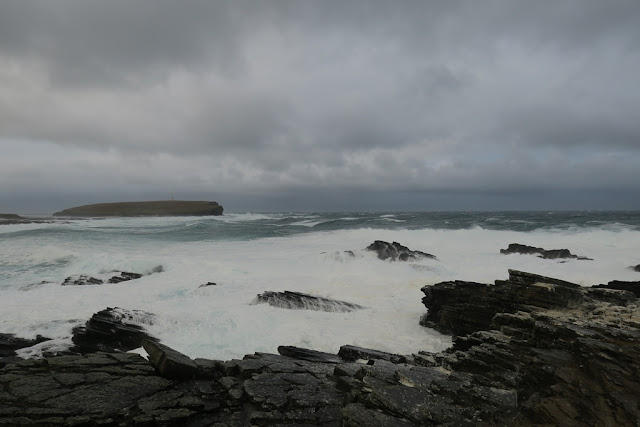 The Brough, the corner, pelagic things just keep heading out, to the right, north in this case (Fulmar in particular) but gulls take the bend and coast.
Posted by Alastair at 3:20 pm