Until SS had pointed out my mididentification last week I had been blithely ignoring Red Chestnut for years (maybe). I think the problem with early season Noctuids for generalist moffers like myself, and in this location with a limited species mix, is that it is far to easy to presume things, not be quite careful enough. I had not heard of other local moffers catching Red Chestnut another pitfall potential. So follows a few photos and please do comment I have labelled these with what I think these are and why, I could well be wrong. These two species are not supposed to be confusing, but I do find them so. 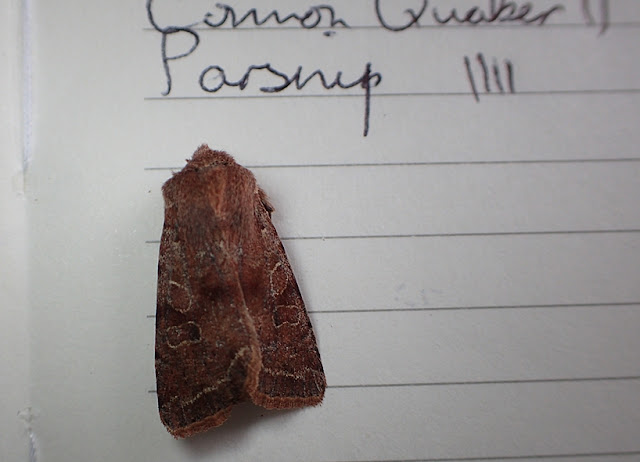 Quite bright chestnut colour but ocval and kidney fit CD. 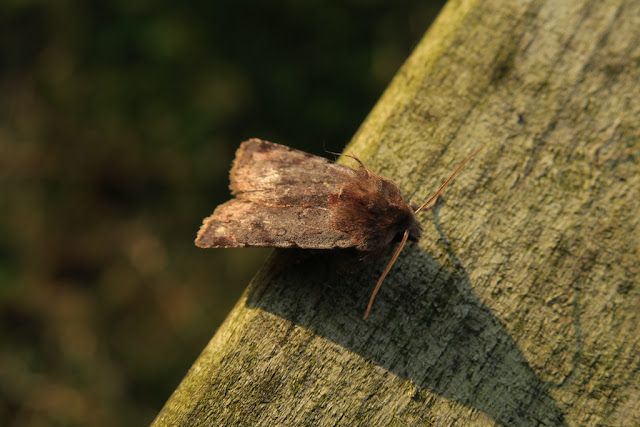 Identified by Stewart and confirmed by the CR. Small circular oval and dark marks on the leading edge of the wing, a bit of a pale line can be seen across the fore wing at the front third. 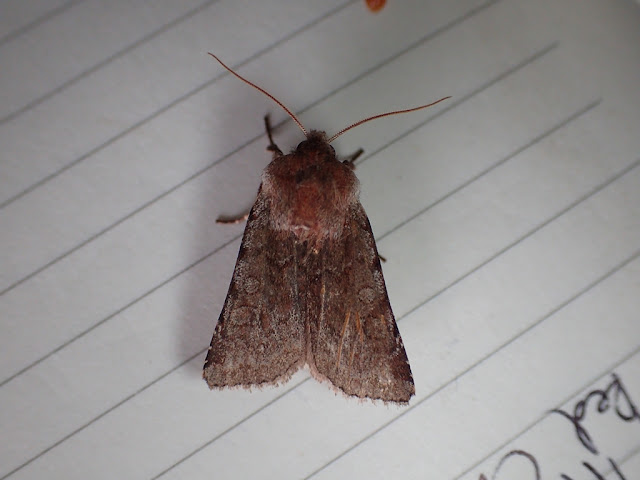 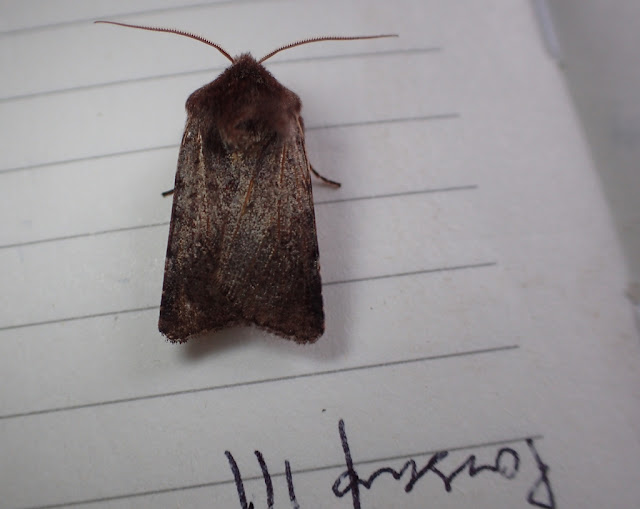 Not sure, Red Chestnut maybe? 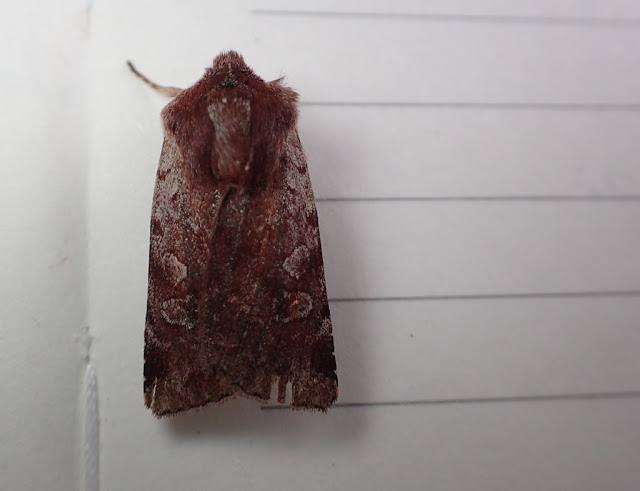 Straight wing edge,and other than the oval and kidney wing markings look good for Red Chestnut.

Comments very welcome either to the "Comments" below or via FB or email, thanks.
Posted by Alastair at 11:06 am