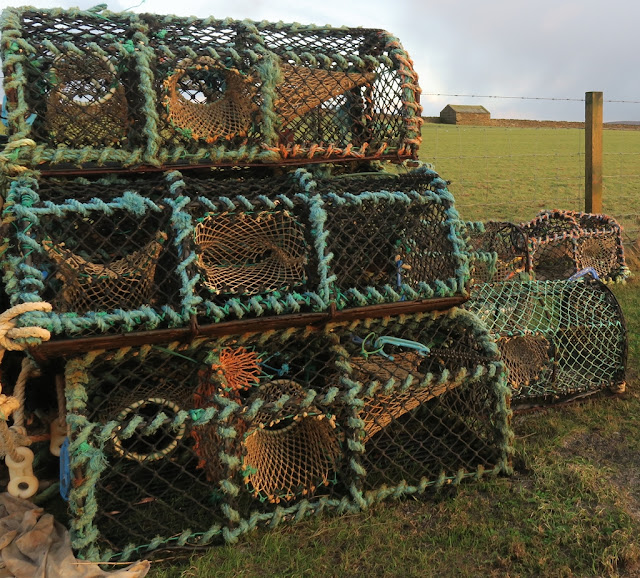 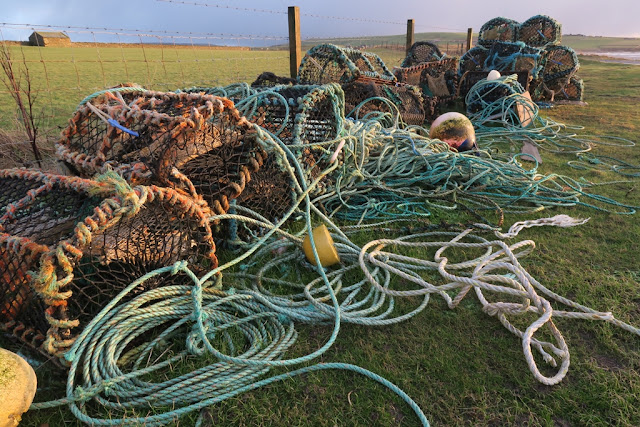 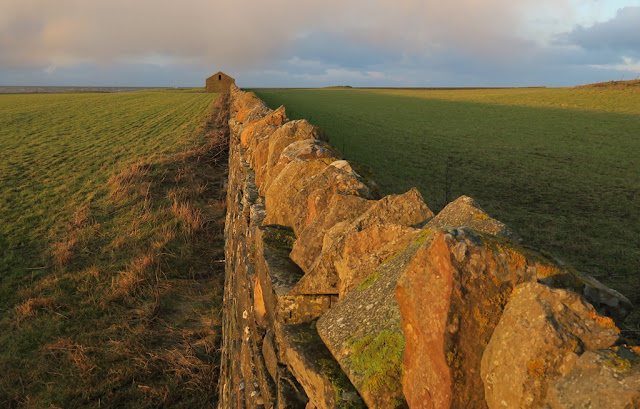 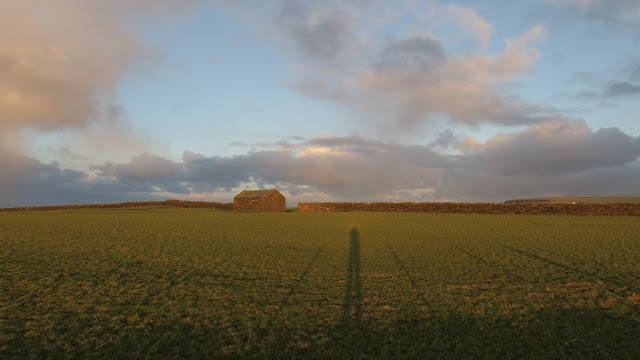 Around Point of Buckquoy, last is self-portrait.

Pterostichus niger from the Wee Wood. 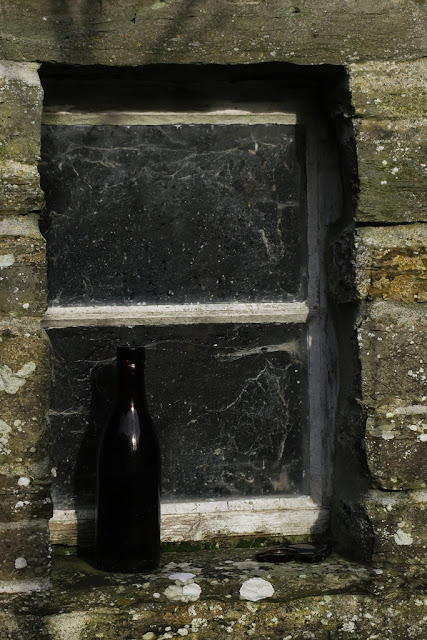 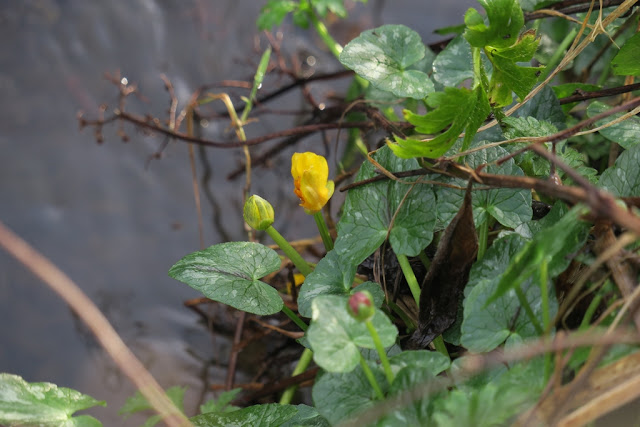 It seems far too early for Marsh Marigold to be flowering.

There are crocuses in flower and daffodils close to it as well. 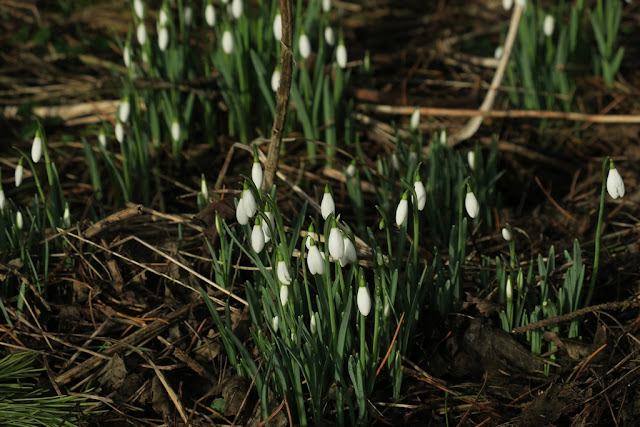 Nice on Sunday so I went looking at lichens, not sure if I've got these right. 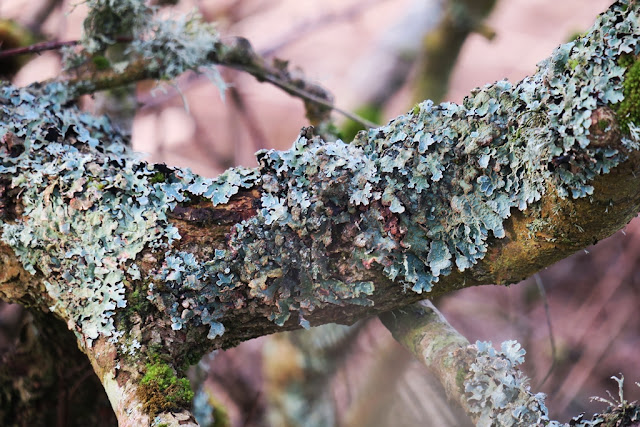 I thought this was Hypogymnia physodes at first but I think it is probably Parmelia sulcata. 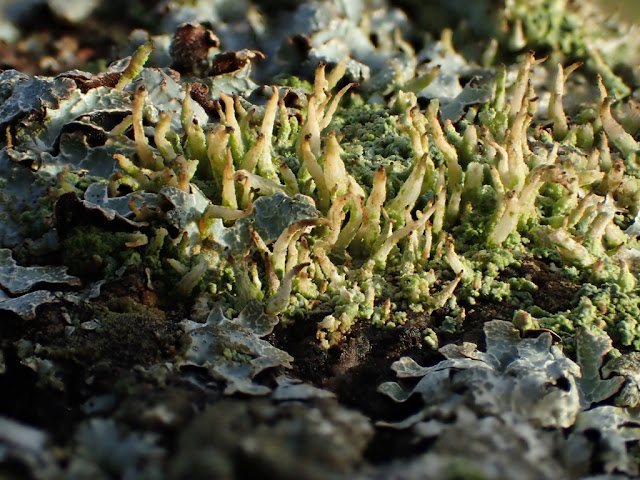 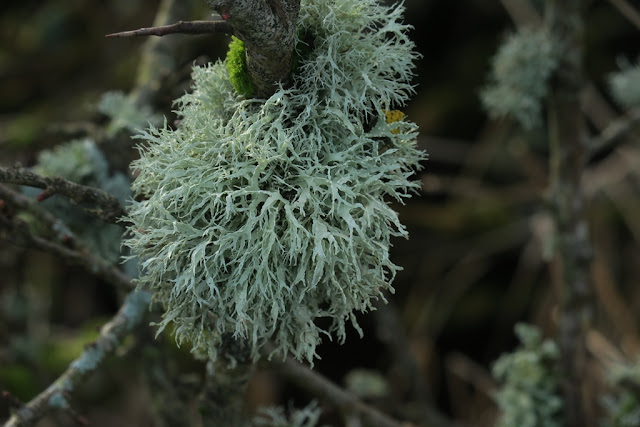 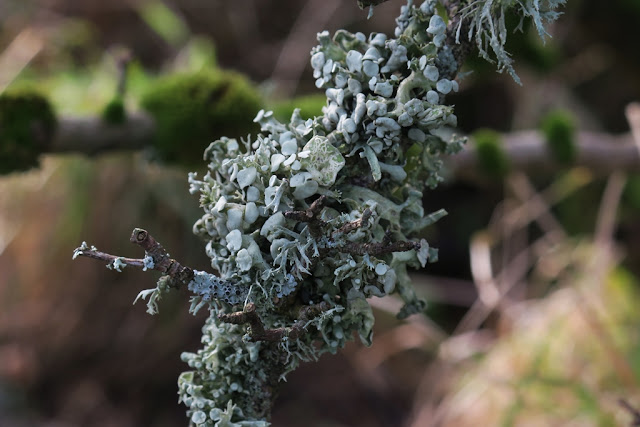 Ramalina fastigiata, and when I looked closer..... 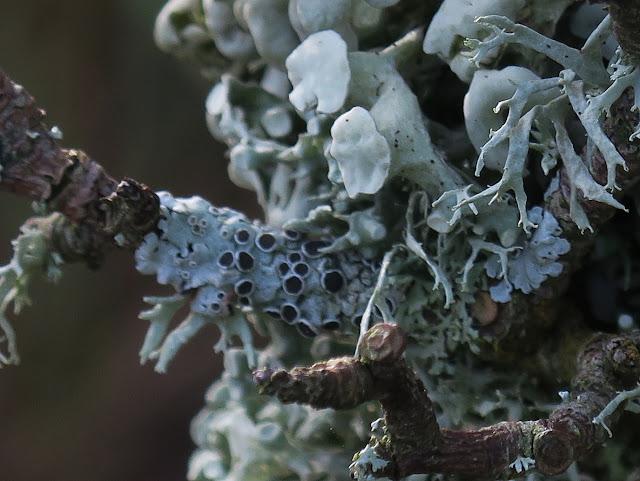 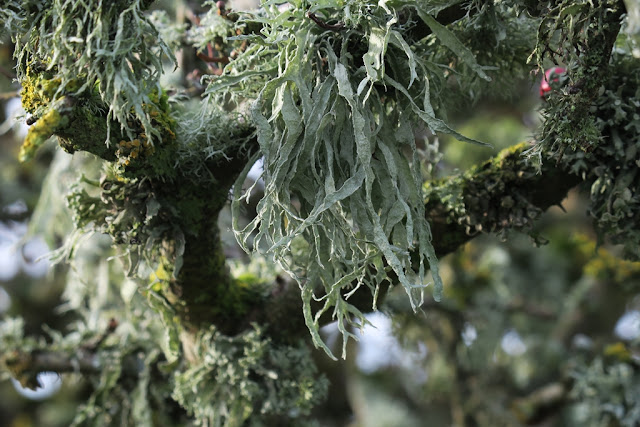 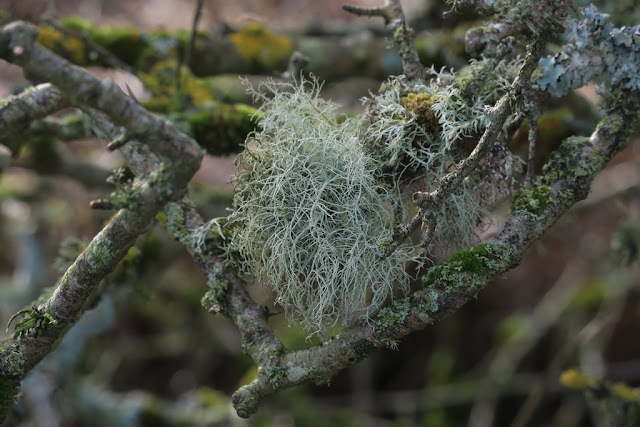 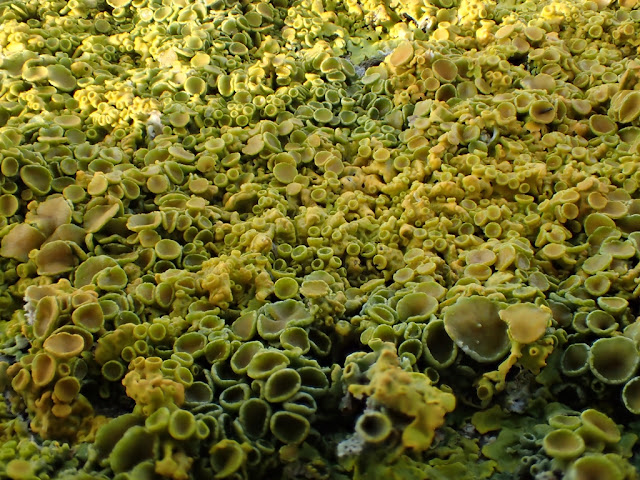 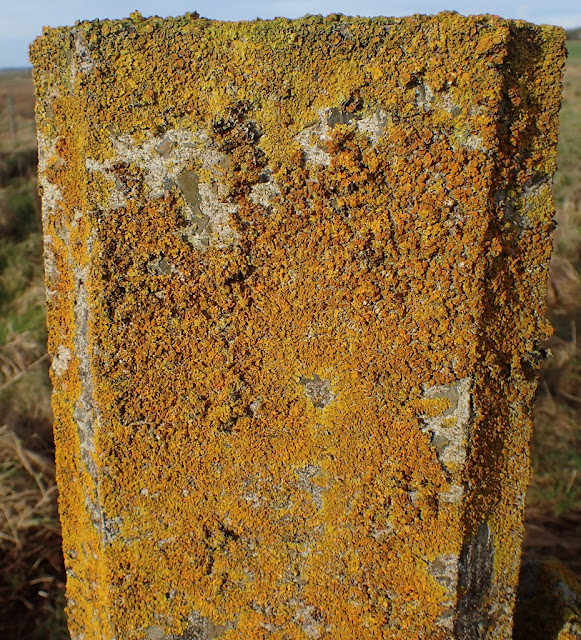 and on the side.

Not sure what these little orange fungi are, I don't think it is Yellow Brain. 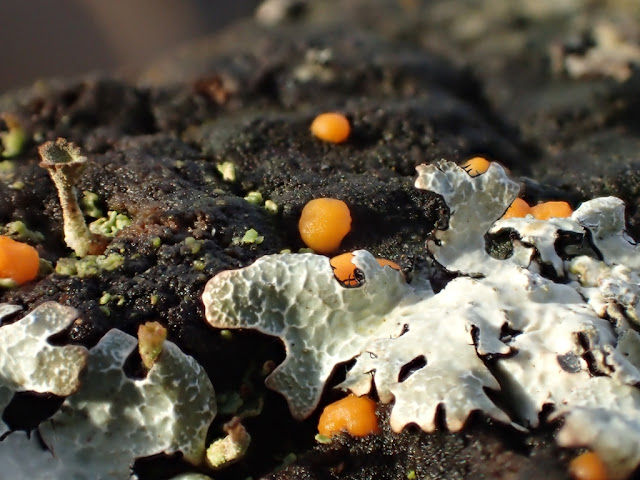 The lichen is Parmelia sulcata though, although that apothecia to the left must be of something else. The orange fungi now identified as Common Jellyspot, Dacrymyces stillatus.

On this same walk I then went along the burn to see what the Otter situation was, loads of spaint and runs, especially under the gorse. Just as I was investigating a particularly busy looking spot I flushed a Woodcock, nice. A few seconds after that disappeared across the fields I took another couple of steps and flushed a snipe, but which species? I strongly suspected Jack Snipe as it didn't call, didn't tower and went down about 50m away. Unfortunately it didn't turn its head conveniently as it flew off. There followed half an hour of tramping around where I thought it had gone, the dog in assistance. No show. We went back to the burn and walked further along and the dog still in hunting mode flushed a snipe which again went down sharply. This time however, as I approached it put its head up and was clearly Common Snipe, it then called and flew. I decided that this must have been the same bird which had somehow done a crafty fly around when I was not looking (wrong - see next post).

The male Sparrowhawk flew and perched on the garden bench by the spuggy roost as we arrived home in the car. Not a spuggy to be seen, so it flew off. Three seconds later all the spugs moved forward from the depths of the vegetation, there were 30 or so in there.

Watched the Mary Queen of Scots film, interesting idea that there were Collared Doves in Scotland  in the 16th century - sound track.