These days I'm finding the WeBS a bit of a chore. It doesn't take me long, if I drive as I did this time, and it is quite interesting when I get into it, it's the having to do it and the timing. Anyway, a few nice things, Goosander still on Loch of Bosquoy.

The Shelduck have arrived on The Shunan and are disputing territory, as are the more than 40 Coot.

Oystercatchers are now plentiful at Loch of Bosquoy and Loch of Sabiston, regularly flying over the house calling in the dark as well.

Away from the WeBS both male and female Sparrowhawks are still around, the male continuing to eye up the spuggy roost. This time photographed from younger daughter's bedroom. 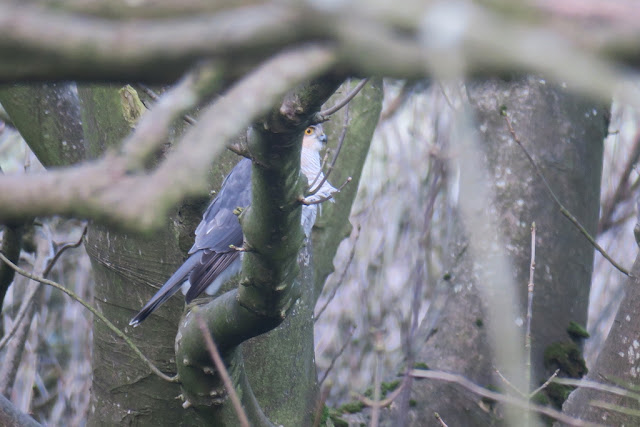 The snipe problem from last week was resolved by going back to exactly the same spot and flushing the bird again, this time it turned its head as it flew and I could see the bill:body proportions, Jack Snipe, as I had initially suspected but couldn't be sure of previously.

Litter extraction has not so far yielded any new beetles, but a search along the stone dyke produced this smart Othius punctulatus. Once I knew what it was I could key it out but I had quite a battle to get to the ID. In the end I eliminated the things I thought it was (Quedius and Philonthus) and then looked at the pictures. If I had believed what I was seeing and trusted the key in the first place I would have got there more quickly. Probably widespread but there are only two records in the county database. 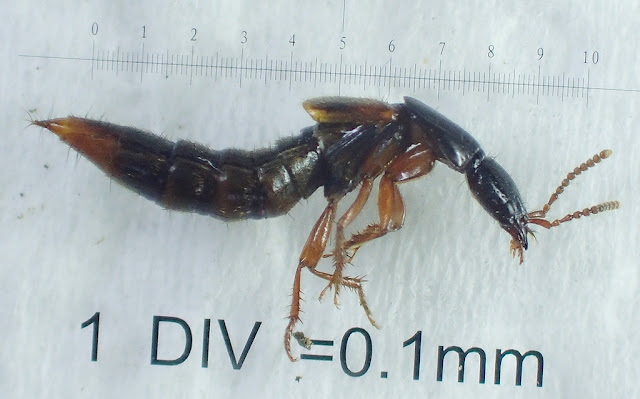 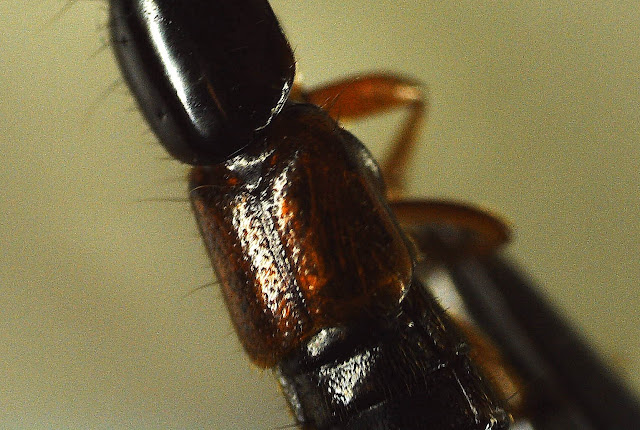 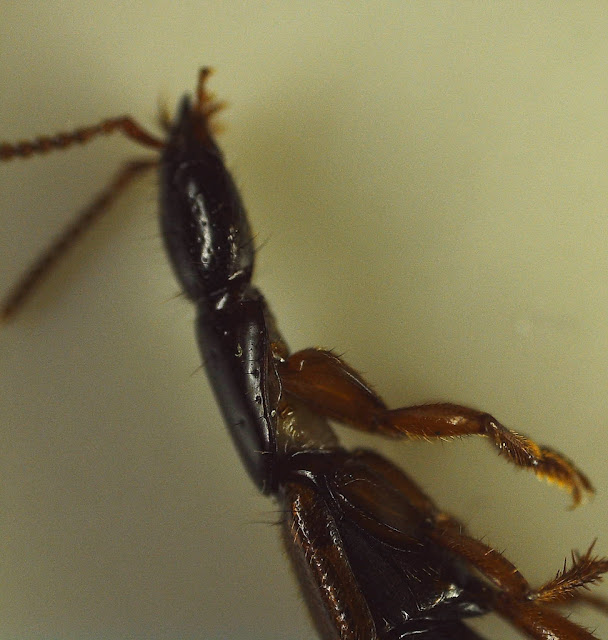 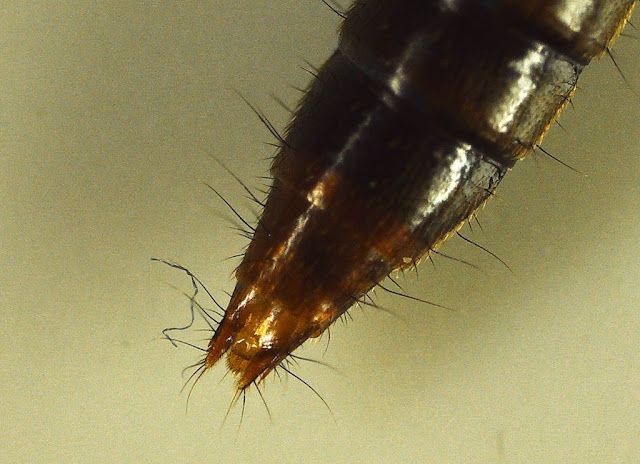 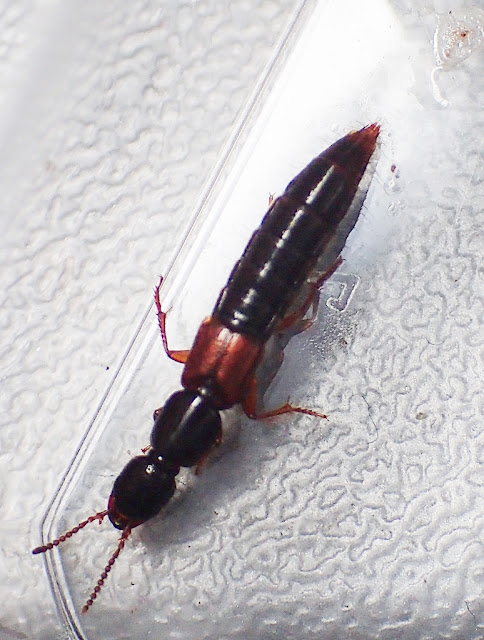 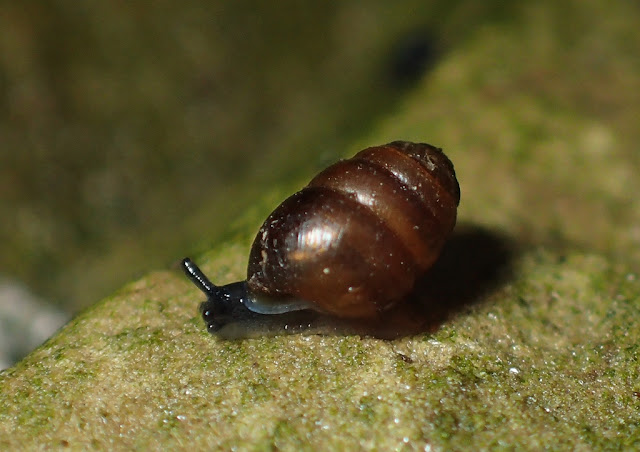 The litter extraction tray has produced some winter gnats, probably identifiable with a bit of effort, currently pending though.

Plecoptera were flying at the weekend, found by the drinking baths etc. I don't know how to identify these so didn't take a specimen. Pretty sure not doable from photos. 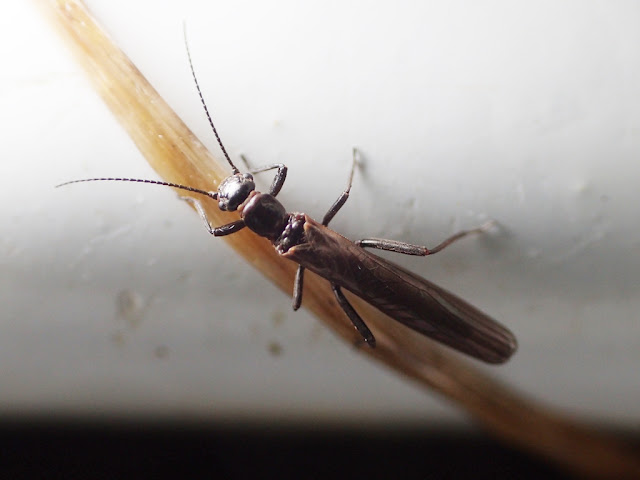 Lots of Otter spaint near the troughs but also not so far from the Wee Wood, I think an early morning outing might be called for to try and see these.

Last but not least, interest shown in a caddis I caught last spring, I thought I had kept the specimen but I couldn't find it, must have gone in the before Xmas clearout when I got rid of various mangled things I'd made a mess of dissecting, old, unsteady hands with small things these days. However, I did turn up these Limnephilus griseus that I'd forgotten about. 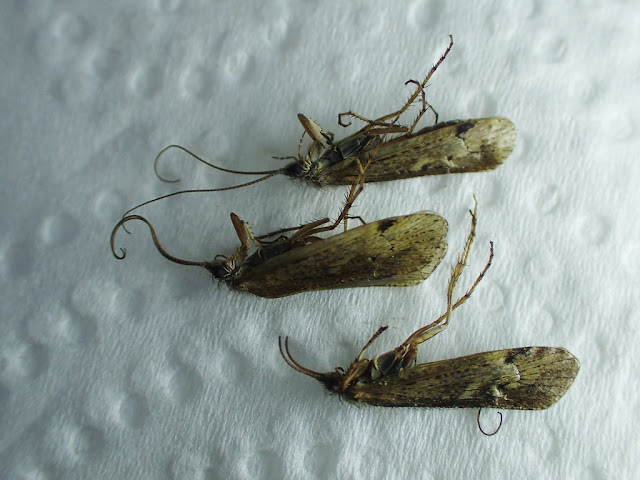 Photo'd this way up as that is the way the wings are portrayed in the book so it's easier to work out what they are when comparing the images.