The Shunan, bird species list and other bird data.

Here's the list for The Shunan patch, I think it is pretty much correct. Birds seen in the garden includes airspace directly overhead with no height limit. There are additional species that have been seen from the garden, but outside The Shunan patch boundaries, these are not included on the "From the garden list".

Birdtrack data is from 2013 until 2021 only. This is up to and including 13/12/2021. From October 2009 until December 2012 I didn't use Birdtrack very consistentlybecause the county recorder wasn't accessing Birdtrack. I really regret that now, but so it goes. The data set from 2013 to date is pretty consistent.

Effort is based on records per year. I used to measure this by complete lists per year but Birdtrack doesn't give that data quite so freely, its more of a fiddle to obtain it. Records per year should give a fair indication of effort. See graph below.

With careful recalculation I think the list for The Shunan patch stands at 148 species. The patch is approximately 1km sq. I do have an extended 3km patch from Patchwork days, there would be about ten or so additional species for that list. I might list them at the end of this page.

Effort measured by records per year. 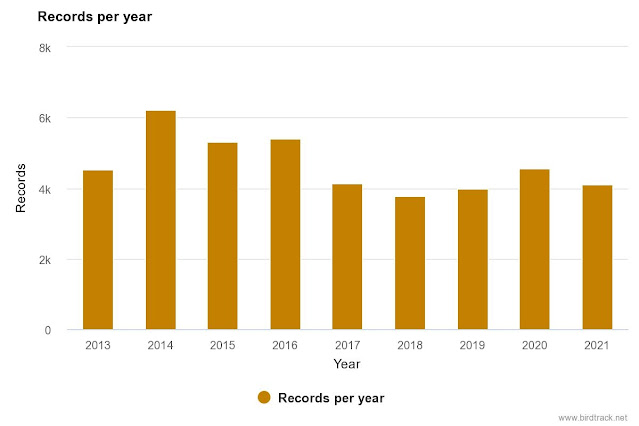 Outcome as species per year. 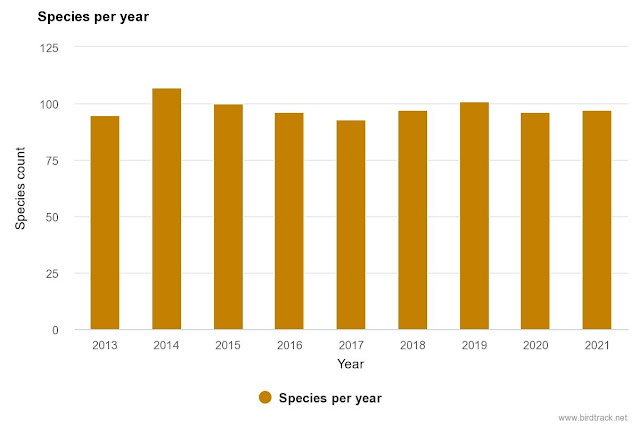