Equipment, current and past.

Bins:      Kowa Genesis XD33 10x33 DCF. Bought a few years ago now for £500, they really are very good. Current price is a bit more, definitely worth the dosh. Excellent close focus and field of view. 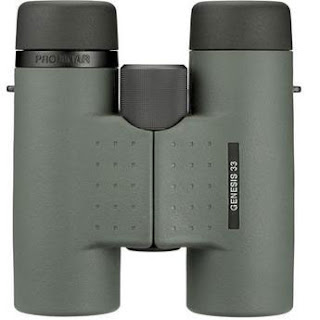 I prefer 8x, easier to hold steady in a hooley. These are well designed and optically excellent. In the past I've used Nikon, Swarovski, Leica and Zeiss. Still have the Nikons. The Kowas are certainly my favourites. Binocular history (as far as I can remember): 1960 or so - ex-military things, grandparents lent or gifted them to me; 1970ish, 8x30 Zeiss East Jenoptems; 1973ish some crap Chinon things; late 1970s, 10x50 Zeiss East Jenoptem, followed by 8x30 Zeiss East Dekarems,  followed by some 8.5x44 Swift Audubons, all had the problem of filling with water. As a seawatcher this was a pain. I can remember frequently trying to dry the bloody things out, especially at Cape Clear, I think I pretty much cooked them in the oven on various occasions. In the late 1980s I finally went to some Zeiss West 8x30s, a revelation. I'm not sure what happened to the Zeiss West pair, I think I knackered them, they spent a year and a bit in Nepal, I might have eventually given them away, but next were some 8x30 Swarovski SLs I think. I also bought a pair of Leica 8x42s around this time. The Swarovski's were excellent, I liked them very much but they were stolen from my office at work and I sold the Leica's to another birder as I found them too heavy. At the time, 2000s, I was seawatching at Flamborough quite a bit and Nikon High Grades were the thing, so I bought some. I still have that pair, and a second pair of the slight upgrade L version, I think I bought those when I sent the original pair off to Nikon. Some years ago I had Nikon service both pairs (again) and that kept them going. The Nikon's are quite heavy, and I need lighter kit, thus the Kowa's which are optically slightly better, and focus very close with a wider field of view. Louise has some Opticron Travellers, 8x30 which I use sometimes when I'm cycling and are OK but we're looking at Kowa 6.5x30s as an upgrade shortly.

Scope:     Extravagantly I have three scopes, that's a bit greedy. I still have my Zeiss Diascope 65T 15 - 45x (NC and I bought them at the same time, £600 complete, a bargain) and use it regularly. It's very battered and lives in the car. It needs an overhaul, a brilliantly designed scope, tough as old boots. 15x is just the best for seawatching, 20x is ok but most of the scopes these days start at 25x which is not my favourite. My "proper" scope is a Nikon 80mm Fieldscope with a fixed 30x lens, bright, sharp, but heavy and ungainly, and I don't like it for seawatching. Bought 2nd hand (thanks TW). Superb for waders and quackers. I also have a little Nikon 50mm scope which fits in my camera bag. I use this loads but it isn't really bright enough, 15 - 45x zoom, but 45x only useful on a sunny day. A very handy piece of kit though. I started off with an Optolyth 20x, I think it was, not the classic one everyone else had but an economy version, it was ok actually. I bought it to go to Cape Clear when I didn't have any money, I bought it anyway. When I got home the bank manager gave me a slightly unpleasant interview, it was like being told off at school, and he took my card away. That's how it was back in those days. Bet he'd never seen Great Shearwater. I lust after... no I don't need another scope and none of the modern ones have the right magnification that I like; I should get my Zeiss scope fixed up.

These photos are taken just after being brought into the warm kitchen from the very cold car, thus the mist. It is better than that.

Tripods and carrying arrangements:     Boring but necessary. A Manfrotto aluminium tripod goes with the big Nikon scope. It works. The rubber feet sometimes fall off, annoying. A Velbon carbon fibre tripod used to be used with the other scopes but it now sits forlorn in the corner. I think I'm on my third head for that now, they break. I have a new Slik Sprint Mini 3 table top tripod, I use it for studio photography but it has a nice case and is very portable and very stable, it fits nicely on the camera bag, it has largely replaced the Velbon which I'll likely sell. The Slik fits on the camera bag but I have to have bag things to carry the other scopes as otherwise, being old, I knacker my back. I use a Scopac bag/sack with the Nikon, its really well made, an excellent bit of kit for carrying a big, heavy scope. I'm on my second Mulepack for the Velbon tripod. This one has survived much better than the first one, which was a bit of a disappointment, not very well made, they made improvements, but it doesn't feel as durable as the Scopac. The camera bag is a Lowepro Flipside Trek 350, so far so good. My last camera bag the main zip broke, this is much better quality, although I think I should have got something a tad larger. However, room for cameras and lenses and small scope, other bits of kit, waterproof trousers and lunch and there are lots of handy outside straps.

Microscope and lights: Amscope Stereo SMDG Zoom Trinocular  Microscope. After years of managing with a rubbish £60 microscope I found an Amscope on eBay for a decent price. Not a fortune, and it came with a pile of lights. Transformational. I have some swan neck lamps and an LED ring light which fits both microscope and camera lens, these were part of the eBay deal.

Cameras, history and current gear: In September 2020 I made the leap to Olympus 4/3s. I'll add details etc subsequently.