A day or so back at work and a blinder of a bird turns up on Westray, well done SA & DO. And for the weekend the weather is absolutely foul, even if the boat was going (I haven't checked) no way would I even think about it. Possibly there are two Steller's Eider as another (or the same) was reported from the Shapinsay ferry. https://www.facebook.com/photo.php?fbid=2850517034959647&set=pcb.668960050178906&type=3&theater&ifg=1

Meanwhile, having ventured out twice and got soaked both times I'm sitting at the computer, theoretically adding records to iRecord (I am so, so, so very far behind with my data). Actually, I've been playing with Spotify, buying some waterproof trousers that might, possibly, be waterproof, trying to identify other peoples insects on Facebook (always a ready distraction) and investigating some interesting insect websites. One thing led to another and from an insect online and an enquiry I made I came across this site which I should have known about, brilliant resource for Scottish moffers - https://butterfly-conservation.org/in-your-area/east-scotland-branch

This led me to a wee shopping excursion - Anglian Lepidopteran Supplies currently have some interesting pheremones in stock. The one that I have tried in Orkney before and works really well is Emperor Moth pheremone, it is very effective and quickly demonstrates that this species, which is often hard to see, is very common in the county. Somewhat madly perhaps I have invested in two clearwing pheremones as well, one for Thrift Clearwing and one for Welsh Clearwing. Both these species are perhaps possible here. (Take a look on the distribution maps from the site above.) Clearwings are very difficult to see without the use of pheremones, the only one I can recall seeing is Lunar Hornet Moth (on Arran, not here). April to June is the time for Emperor and June and July for the two clearwings. The pheremones keep well in the freezer so even if I have no luck here I may get the chance to try them south somewhere next year. ALS tend to only have the pheremones in stock once a year as they suggest, "When they're gone they're gone!"  https://www.angleps.com/pheromones.php?fbclid=IwAR2f3JYTCM_YNueGlN0jU33y7kZDeHb2afrnA1ICAkTuZd9OqOJgnTC7vO0

Nothing much to report on the home front other than aweful weather today, lovely earlier in the week when i was stuck at work, mostly. I have managed to add Chiffchaff to the patch year list (yes, this is the first for the year) as well as Woodcock. More surprising was a species added to the "ever" patch list which was Long-tailed Duck. I have been told of one here which I missed but not seen one myself, so nice one. 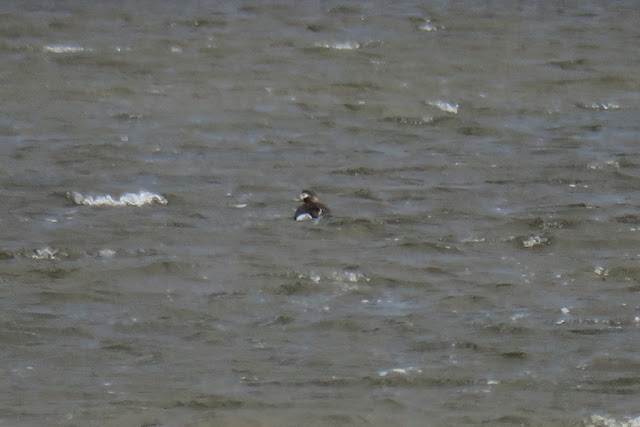 I've also been trying to identify fungi, they are hard. Even the ones that look easy are hard. 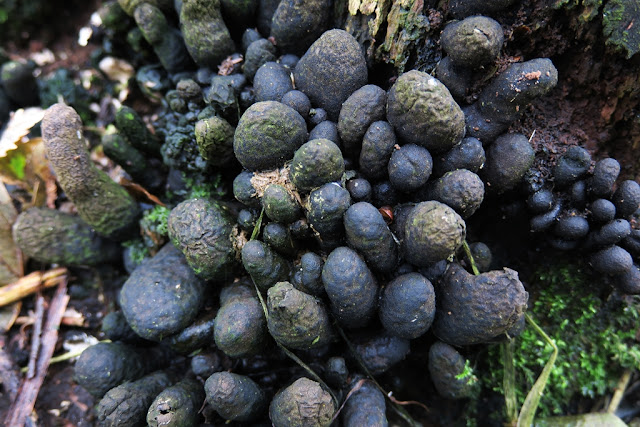 So, are these Xylaria polymorpha (which is what I think they are) or Xylaria longipes? Apparently to be sure I need to measure the spores under the microscope. The Wee Wood is about 500m from our house, it's in our deeds which is rather lovely.

Early this morning as I drove to get younger daughter from a party a Wood Mouse ran out from the Wee Wood and back again, another species for this bioblitz site.