An excursion to North Ronaldsay.

The Orkney Field Club were invited to Westness Farm on North Ronaldsay for a tour. The farm has been taken over fairly recently and is being managed for wildlife. Transport was via the Orkney Ferries Sunday excursion, a three hour boat trip in each direction....

A bit of a relief when the island finally hove into view. The three hour voyage had been very uneventful for both birds and cetaceans; cetaceans = 0, skuas = 0. A single Manx and a nice active Arctic Tern colony just off Sanday were the highlights, plus a Hen Harrier male hunting Starlings on Shapinsay.

Once we'd arrived we were transported to the new community garden for an excellent lunch, tomato soup and vegan scones were consumed. A couple of common hoverflies were found in the poly tunnel.

Next, on to Westness where we were taken on a tour of the farm. Not being a great one for tours, and as invertebrate hunters tend to walk as slowly as botanists I was soon trailing along at the rear. I dug around in cow poo and found Cercyon melanocephalus, a water beetle. Under a stone there was Bembidion tetracolum, a common ground beetle and the county beetle recorder found the Devil's Coach-horse, which I glimpsed before it scuttled off.

I looked under a Sperm Whale vertebrae and there was this slug.

Four moth species were located, I failed to photograph the Twin-spot Carpet but got pix of the other three.

Best though were the plants. There were a good few things that I should have seen in the past, but I suspect I haven't, or at least haven't identified properly.

Hands and knees on the top of the beach looking for beetles I came upon Lesser Sea-spurry. 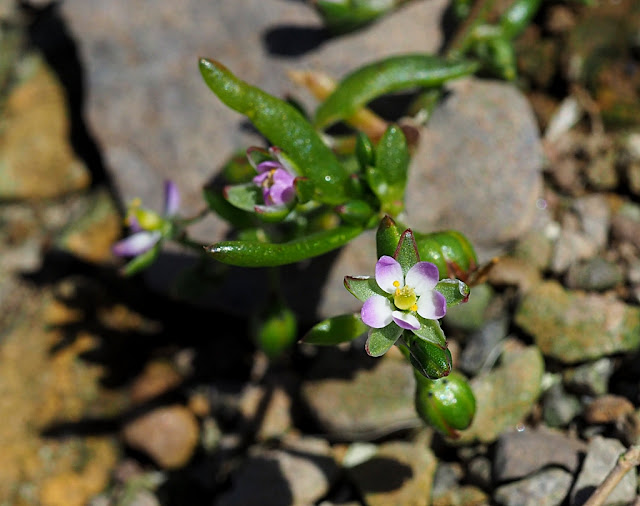 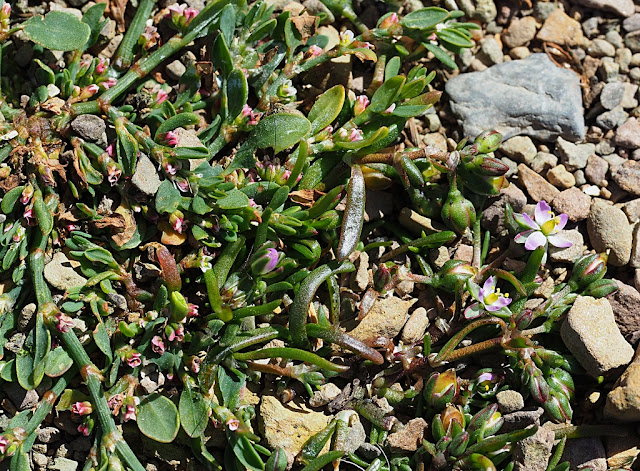 The county plant recorder was on hand to identify this for me and then, looking closely around found this; 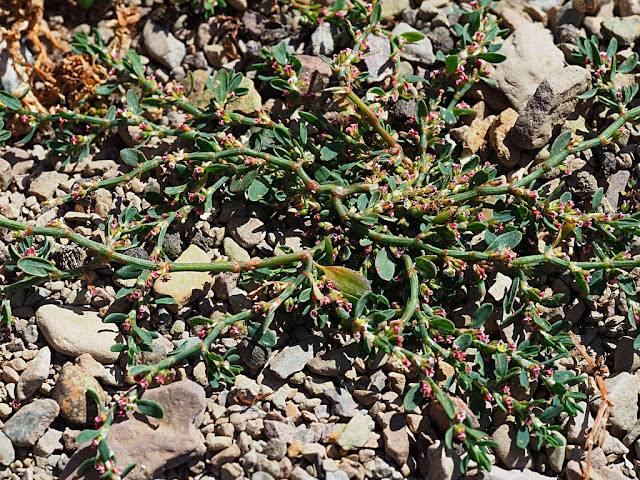 We walked back inland through a fair bit of Bugloss. 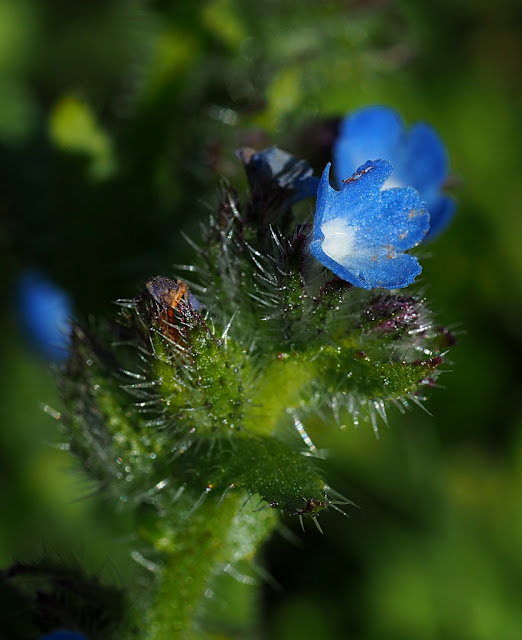 There was then a focus on a wee dried up muddy pool and bog area. 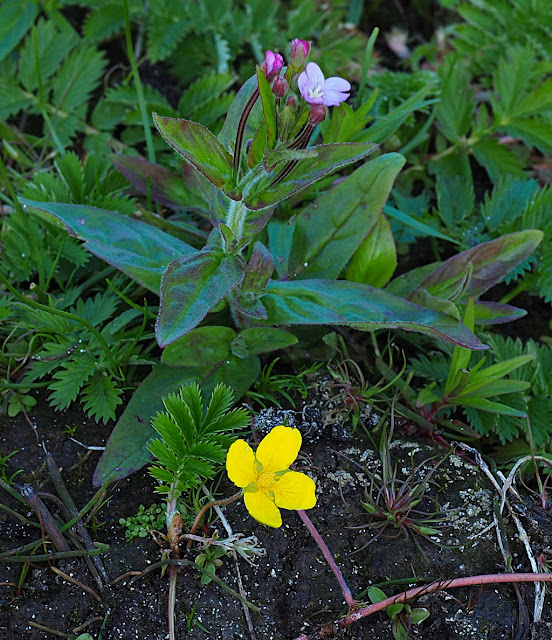 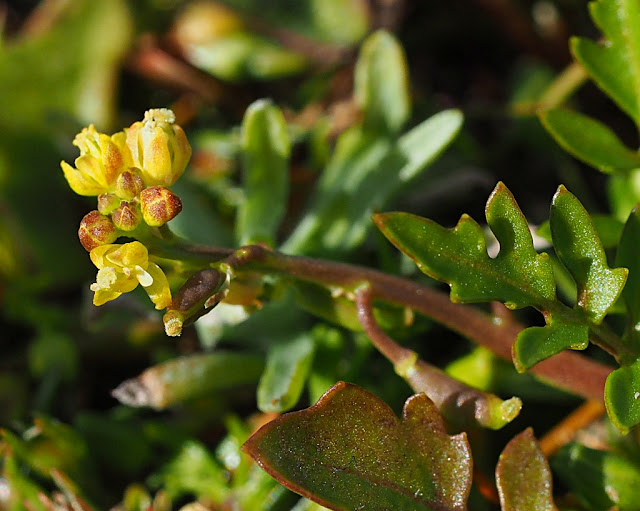 All too soon we had to scoot for the boat.

Just time to look for things in the water, a wee shoal of Lesser (probably) Sandeels. 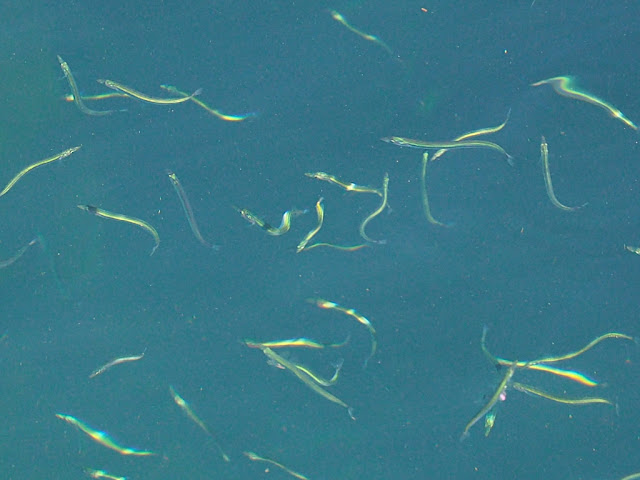 On the long boat journey back, two Arctic Skuas, one Bonxie, a Short-eared Owl, another Manx Shearwater and two Common Terns were all that brightened the trip until Kirkwall came into view (mmm, seem to have lost the photo...).

If I recall correctly Westness has been bought by two ex Calderdale friends of ours? Jack and Alex? They're going to manage it for wildlife I think.

Oh, that's interesting you know them. Yes, the idea is to manage it for wildlife. Must give you a ring...