Saturday was pretty grim, wet and breezy, but there were birds about and autumn continues with plenty of Blackbirds in the usual migrant places (Hawthorn Hedge and Loch of Bosquoy gardens). The Hawthorn Hedge also held two Goldcrest and one more was along the track ditch. It was under the hawthorns that the bird of the month skulked, unexpected in the flooded section was a calling (but unseen) Water Rail, not only a year patch tick but a new bird for the patch, excellent.

We'd gone to the West Mainland Farmers' Ball last night, so a bit of a late start. But a nice surprise as I made the morning tea was a Blackcap on the apples. Headed for the Stoneyhill Rd to check on the Red-breasted Goose, which was hiding, so down to Skaill where there were just piles of birds. Best were 28 Barnacle Geese, but there were Scaup, Whooper Swans and good numbers of waders. 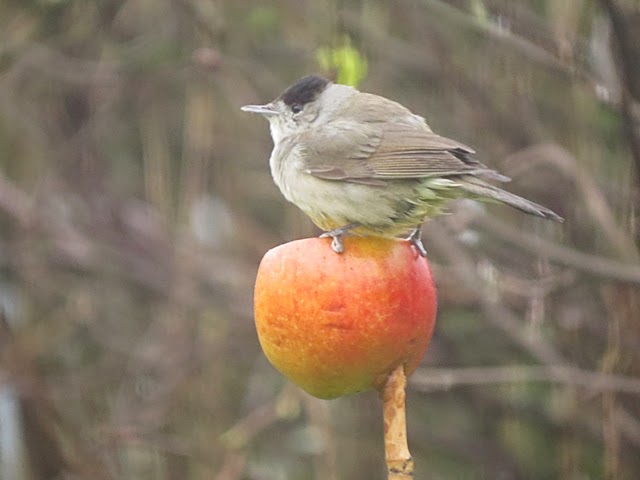 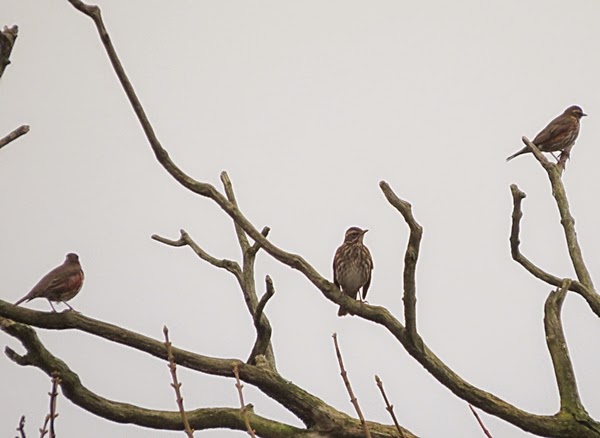 Still plenty of these moving through the garden 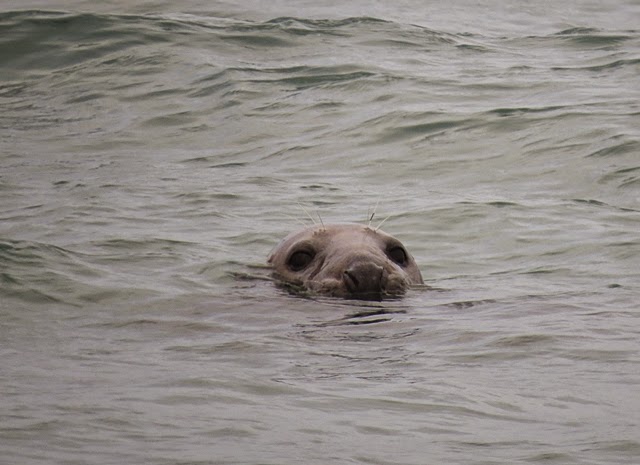 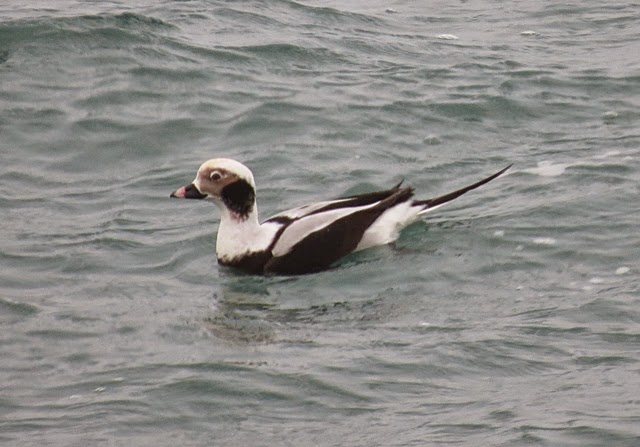 Slow progress on the bathroom though, just too nice a day today.
Posted by Alastair at 10:46 pm No comments:

I don't see Bean Geese very often, these were the first I've seen on Orkney. I can't remember having such good views in the past. They weren't on my count patch, well worth a brief, end-of-the-day detour to Deerness though. Fabialis race, looked like six adults and one juvenile. 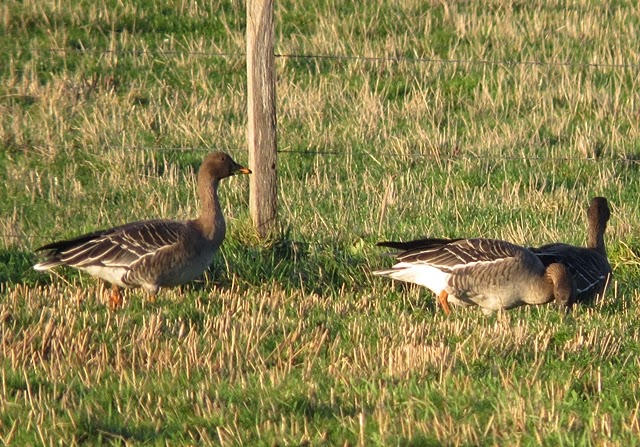 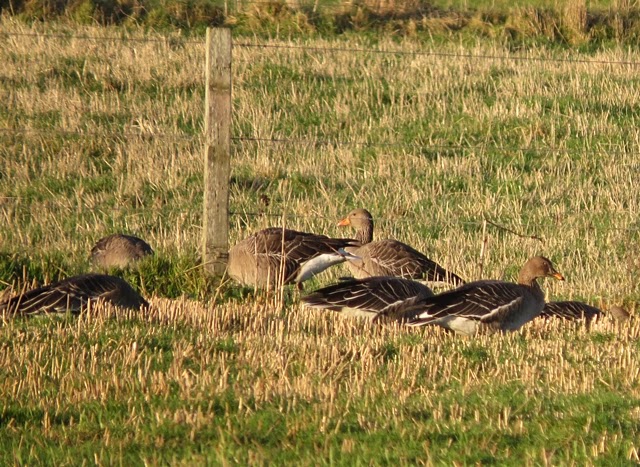 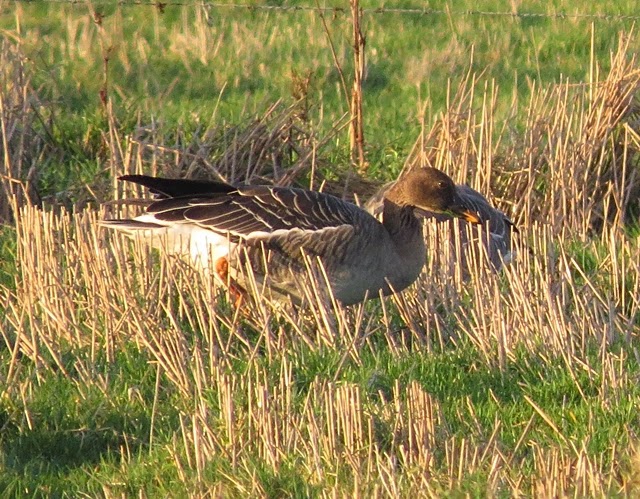 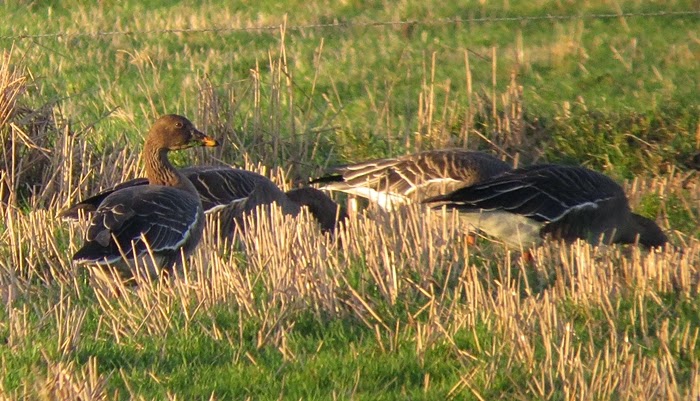 On the count patch there were 4,852 Greylags and  539 Pink-feet. One of the Greylags had a silver neck collar, I should get the history of this bird shortly. 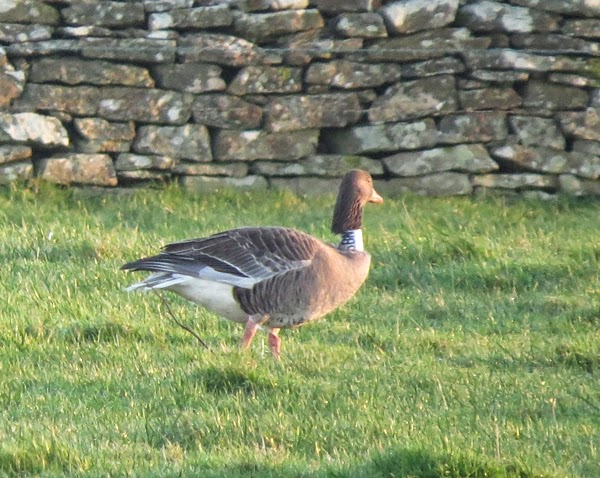 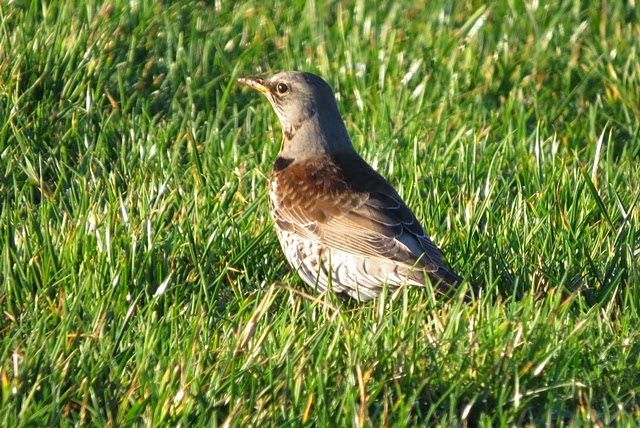 Many of these everywhere today, and Blackbirds as well, autumn is still here.
Posted by Alastair at 12:09 am No comments:

It lashed it down last night and for much of the day, it has begun to feel a little more like winter and less like autumn but tonight there were a surprising number of insects on the wing, caught in the glare of the torch as Cora and I walked the stubble.

Various things have not got done today, like decorating the bathroom, which now has new floor, new ceiling and new bath panel, but no thanks to me (well other than paying for it I guess). Newly purchased bathroom tiles are still in their boxes, undercoat still in its tin.

The notable bird of the day was a Merlin, a male glimpsed through the trees as I ventured out briefly once the rain had ceased. No time to explore further as ponies require feeding and we were out of hay. The trailer hitched up and bounced down the track, which continues in an unrepaired state due to the water.

The month has not been without its moments, a great Fieldfare day with them pouring through all one morning, the Red-breasted Goose which I finally caught up with, and Goosander and Jack Snipe at Bosquoy on a couple of occasions. 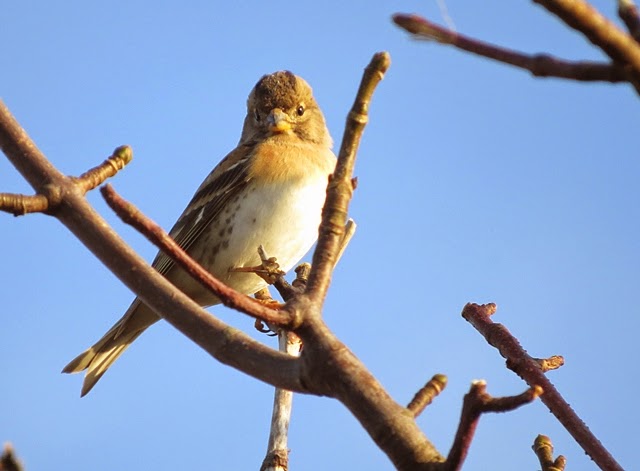 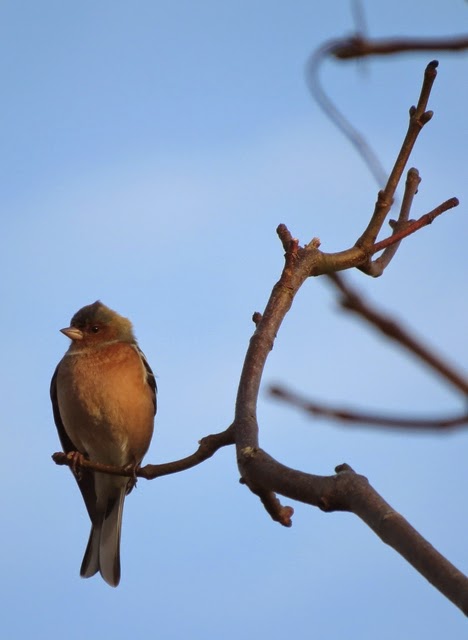 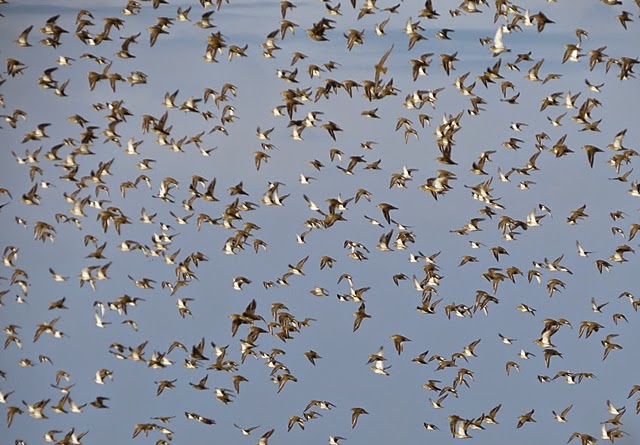 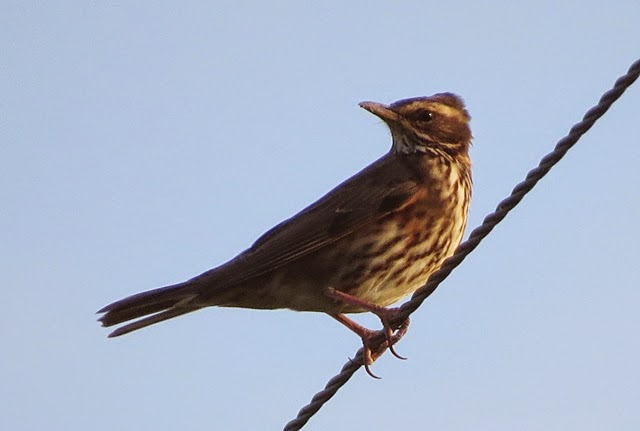 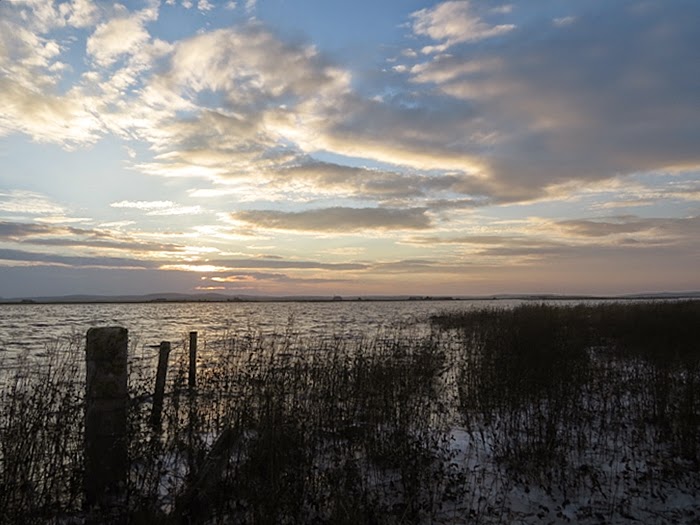 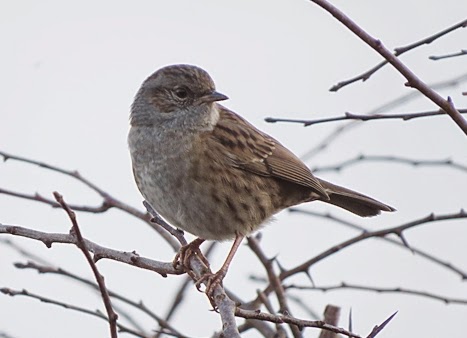 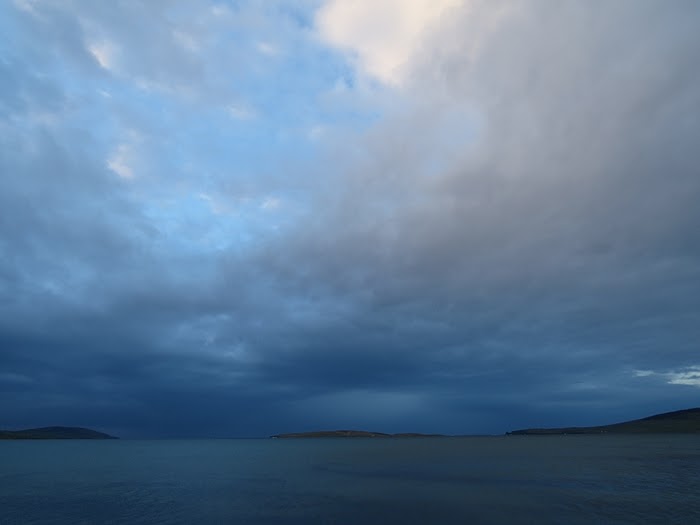 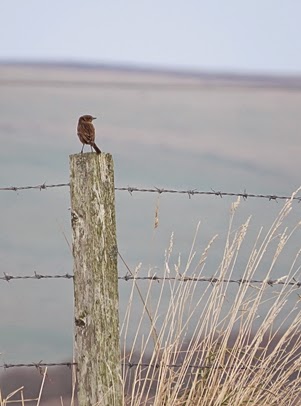 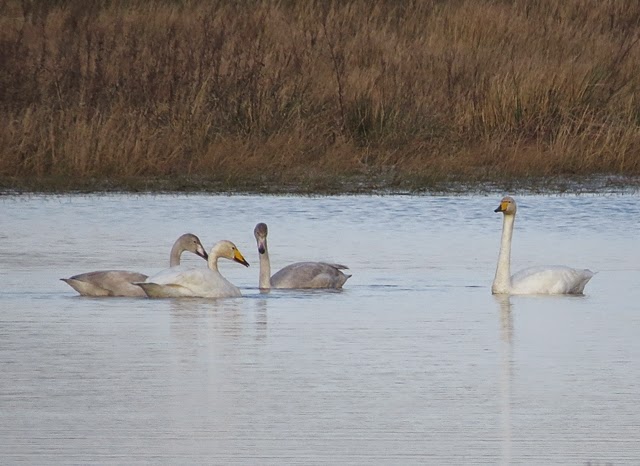 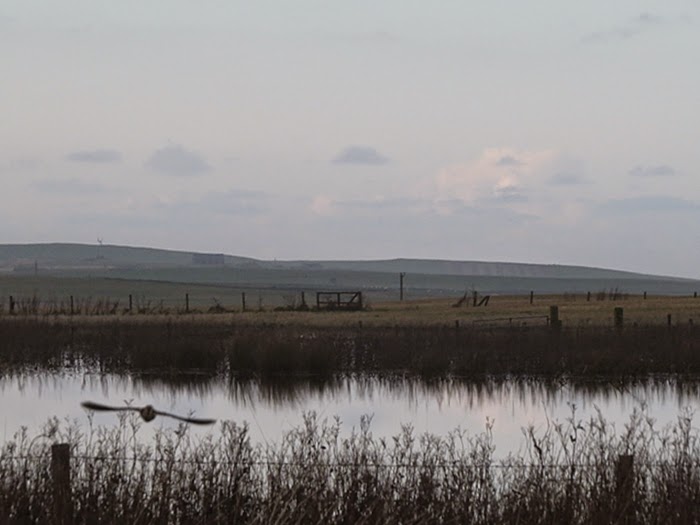