I went to Yesnaby on my own for the day, bit of a late start but by 11 I was heading south and for the hills. It was sunny and relatively calm, target species Wood Tiger and Green Tiger Beetle. Both of these are a bit of an ask, Wood Tiger is very uncommon here (although I did have the location of a fairly recent sighting) and Green Tiger Beetle has been recorded from nearby Hoy but not from Mainland. 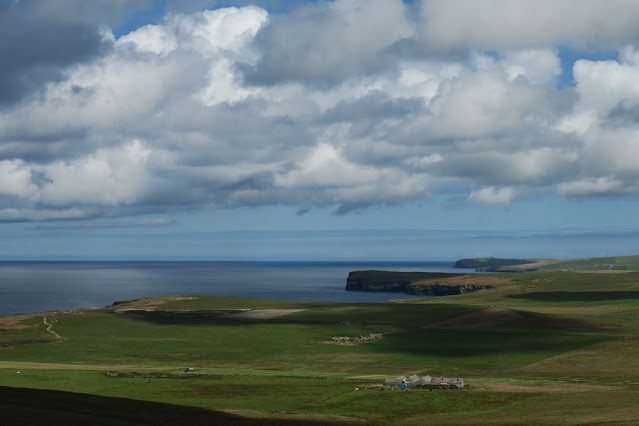 I went past the main Primula scotica site where there were plenty in bloom and the withering Mountain Everlasting. Sat on the top of Stany Knowe for a bit doing some distant sea watching, looking for cetaceans, but found a flock of six Arctic Skuas which was smart. 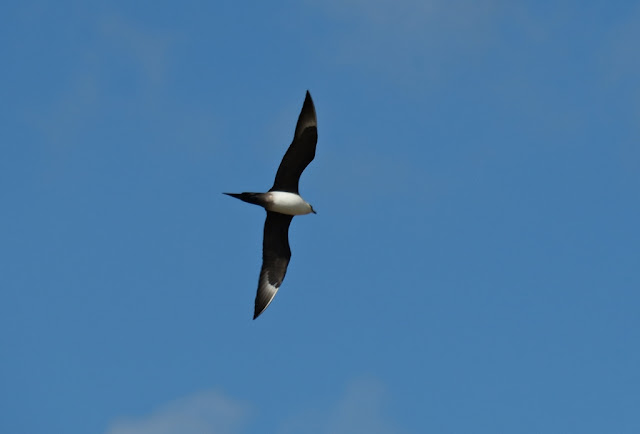 I headed inland and eventually reached an area near the head of the Burn of Lyregeo. 14 Golden Plover around the pools. I turned west to head down the burn. There was Staphylinus erythopterus. There were swathes of Bog Aspodel. Plenty of Large Heath butterflies. 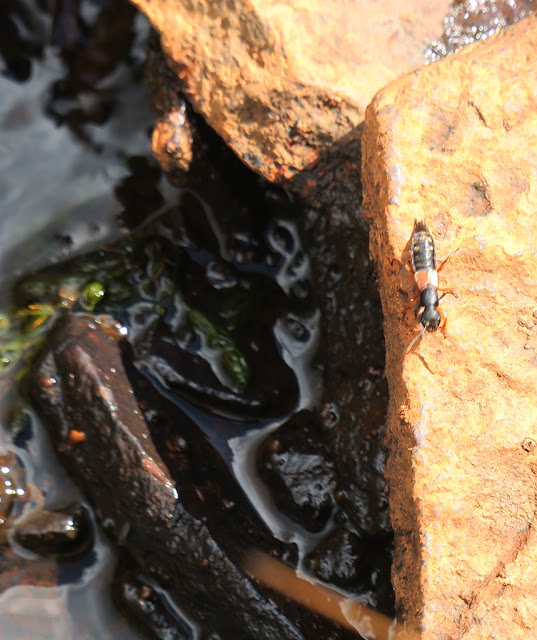 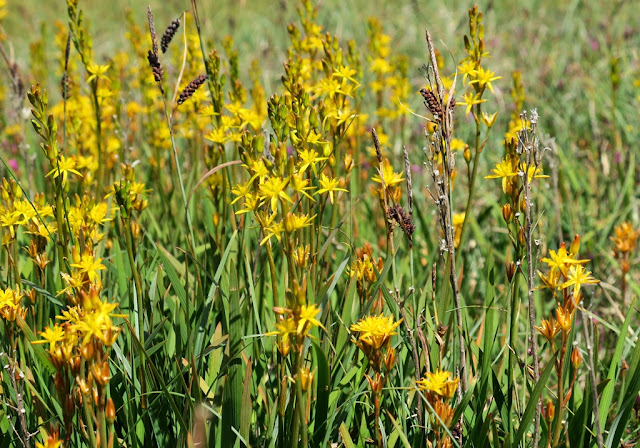 The Bog Asphodel was buzzing with hoverflies and the occasional bumblebee. I saw Bombus jonellus but failed to get a picture. Lots of Eristalis intricarius and a brief Volucella. I noticed a very small beetle on me and managed to pot it. Stuck the pot in a pocket.

Headed down the burn. Wild Angelica, always good for insects, more elusive bumblebees, a few small hovers, Eristalis sp. I wandered around some bare sandy ground looking for the Green Tiger Beetles, and something small caught my eye. 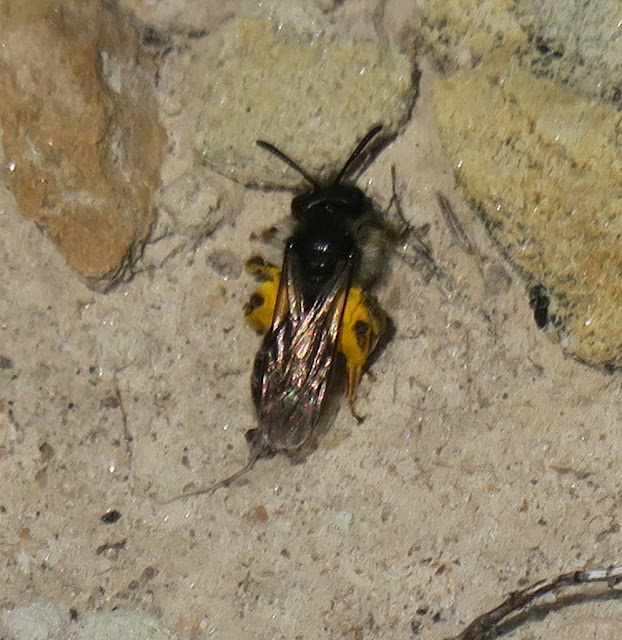 I only became aware these occurred here a few days previously when I saw photos of a very similar animal from Hoy. Unfortunately, there are at least two possibilities of species, maybe three; A. coitana, A. clarkii and perhaps most likely A. tarsata - thanks SF and JC for help with the id.

I shot two frames and it flew. I searched around and found it, or another, two more frames. But another hour of searching revealed no further sightings, and no Green Tiger Beetles either.

On more Wild Angelica there were some Tenthredo arcuata agg, some Amblyteles armatorius and a Tree Wasp, Dolichovespula sylvestris. 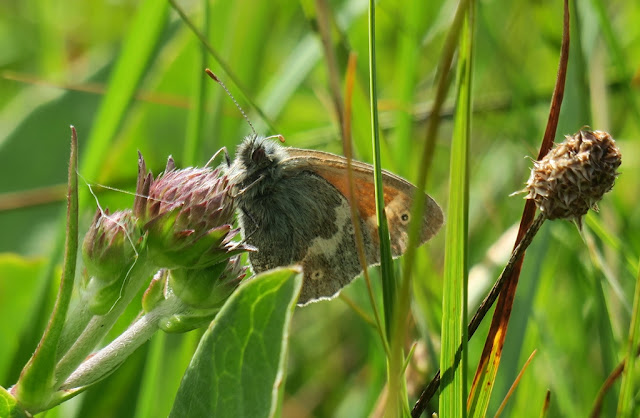 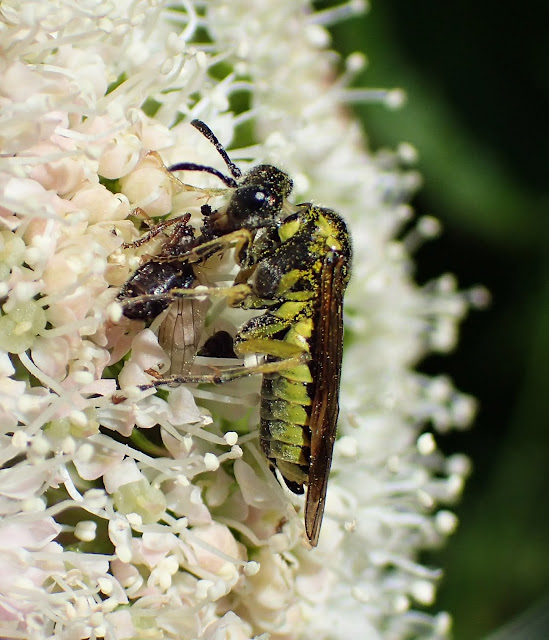 There was one more surprise. I headed for our favourite spot to sit down by the sea. Theoretically to seawatch but I was soon distracted by these small potter wasps buzzing around me. I've wanted to see these here for ages, I think they've become more common of late. Very hard to photograph, it took me about an hour to get anything useful. 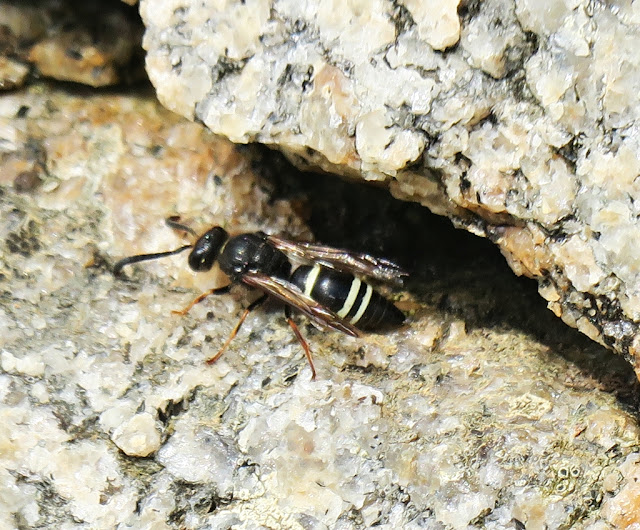 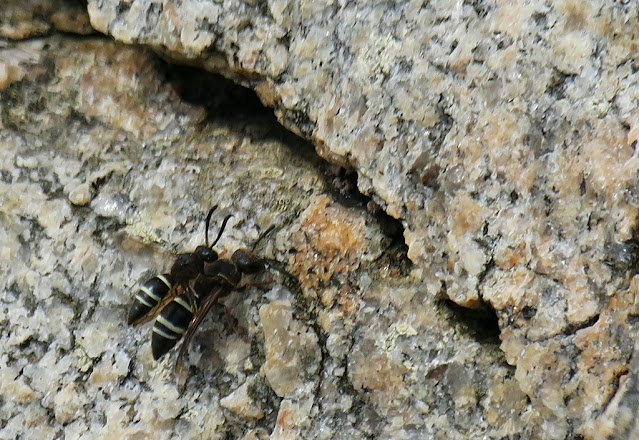 The real prize is to find the wasp that parasitises them, they are like little jewels, but no sign in the hour, another day.

Home, past Common Blue and the Primula again.

But the story's not quite done because in my pocket is that very small prize. Some research and the next day a good few photos. I had trouble believing I had a Coccinellidae. Most Coccinellids arrive in Orkney via people, in their cars, with their furniture etc. There is a small colony of 10-spot Ladybirds in Kirkwall and, 11, 14 and 16-spot are in the database with a single record of each. I'm aware of records of 7-spot and Harlequin in recent years, these are the most likely ones to be brought by people. 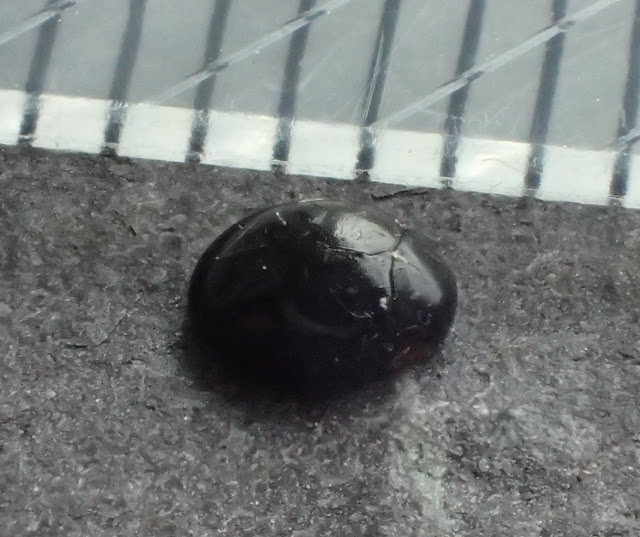 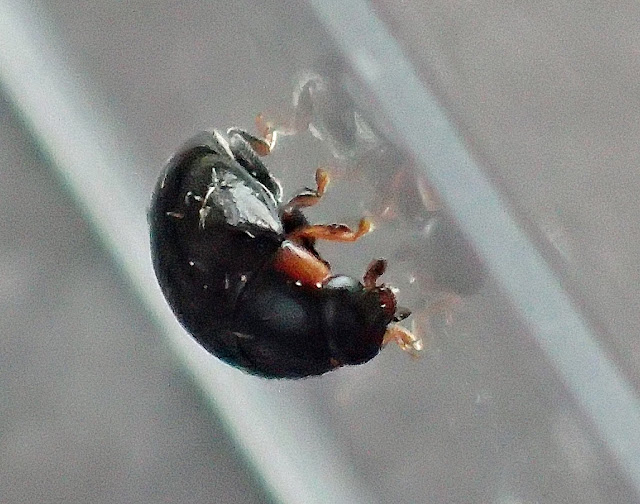 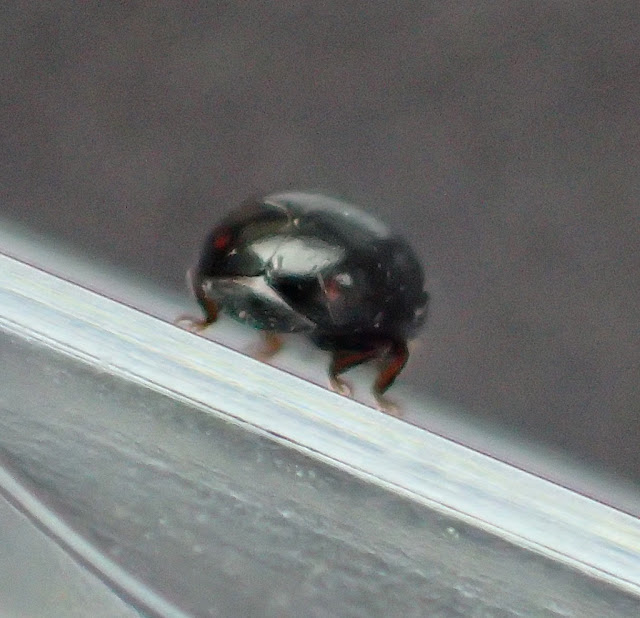 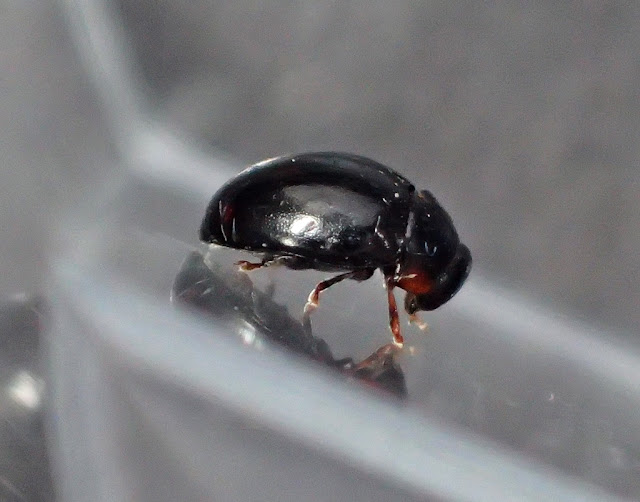 This is a very uncommon species in Scotland with just a handful of records, and new for Orkney. Indeed there are relatively few records in iRecord for the UK, just a couple of hundred. It is apparently a very hard animal to find. So I'm mighty chuffed.

Last thing. A couple of interesting micros in the moth trap. One turned out to most likely be Celypha lacunana, just a small poorly marked one. However, the other was much more interesting. Fourth county record of Epinotia nisella. So all round a cracking week. 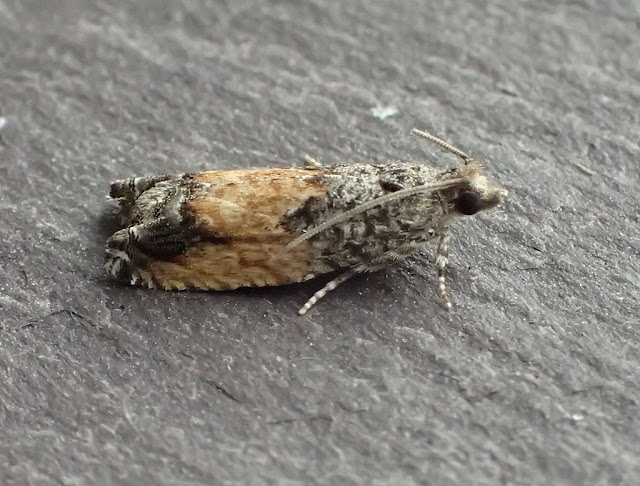 Your comment about Ancistrocerus being more common of late is interesting. I have to admit, until the virtual garden bioblitz, I was blithely unaware of them, but having seen photos from the species on Graemsay, I now see them all over the shop. And I have been very fortunate to encounter two separate Ruby-tailed Wasps (when not looking for them). The tiny chalcid I had at Rerwick Head is reckoned to be from the Family Pteromalidae, according to the BWARS Fb page. Perhaps the only positive to come out of lockdown is the time it has allowed for wildlife watching?