The last two days, no snow. Fortunately it was melting off pretty quickly at the weekend. A bumblebee in the garden today and this sawfly, which I think might be Dolerus sp, by the new favourite cattle trough. I'll probably find some drowned ones shortly. 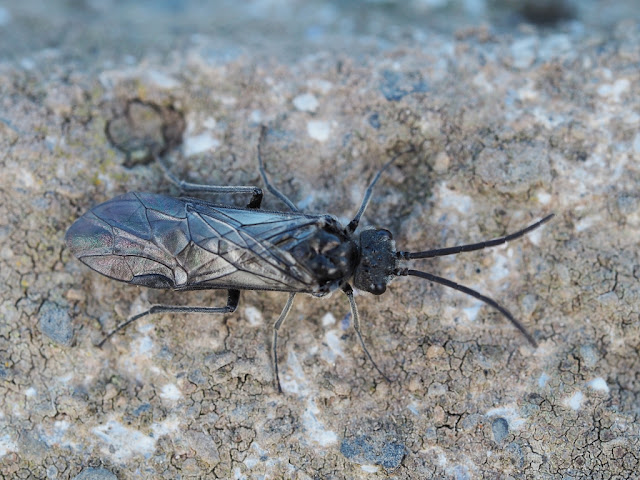 The Pintail flock reached a new maximum of 23. Yesterday, three Common Buzzard appeared, high over and I misssed a nearby White-tailed Eagle. Louise saw a Short-eared Owl down by The Shunan.

Sunday went out to Birsay Links and spent a happy hour searching through cow poo, as you do. No photos yet but a few Aphodius to look at. Recent discussion with LL and on Beetles FB group should finally get me to be confident about the A. sphacelatus/prodromus problem. I did find a likely Aphodius pedellus, need microscopy to confirm that, they're tricky, althought the confusion species has never been found here I think. Also a couple of interesting slugs which I need to work through a bit more thoroughly.

Yesterday was a lovely sunny afternoon so I headed for Yesnaby, Mission Chrysolina latecincta. Other folk have been reporting them recently and I wanted to get some quality photos. I found 14 in an hour or so, just one larger group of 6, the rest were all individuals. Mostly they seem to like these eroded edges, couple of habo shots, about 50m or so from the sea cliff edge. They either seem to bumble about or be still by stones or just under vegetation. When I disturbed one of the still ones it extended its legs and reared up (see pix). I should create a blog page for this species, certainly one of my favourite things here. I'd like to go to the Loch Etive site and see them there, apparently they inhabit salt marsh there. This strikes me as rather odd, surely these are two different species? 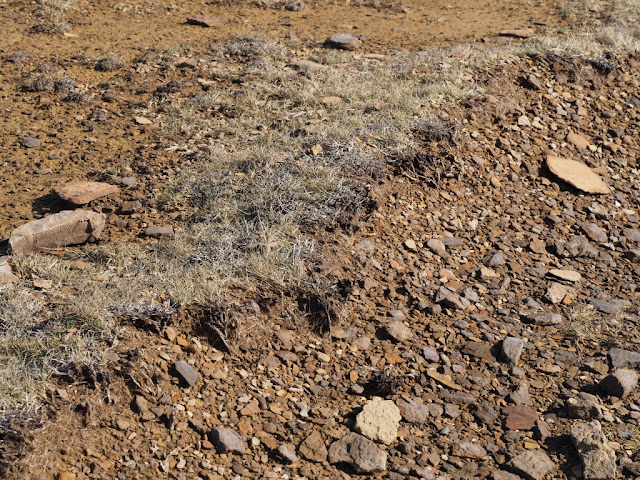 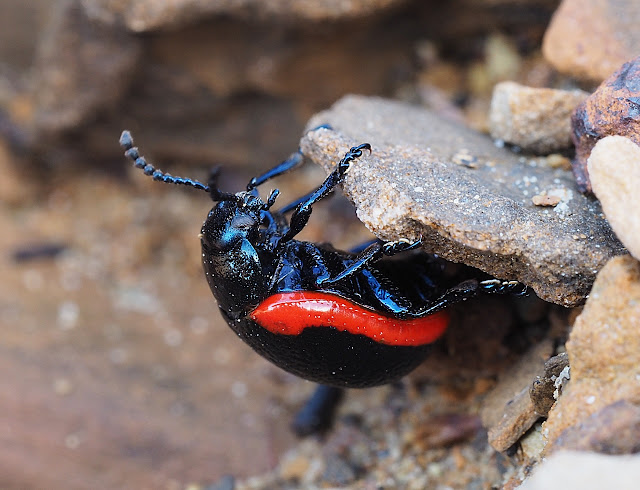 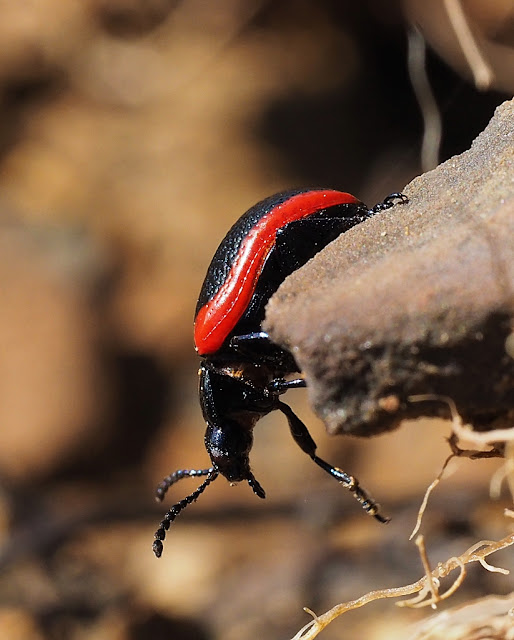 I went and searched north of Skaill Beach later in the afternoon. There are small patches of suitable habitat but it's very disjointed. I'm now on the look out for the correct habo elsewhere in the county. Perhaps somewhere on Hoy maybe?

Digging the garden this morning turned up the usual suspects, several Pterostichus melanarius and two niger, Lithobius forficatus x2 and various slugs which I photographed and need to figure out but included another Tandonia budapestensis.

I've reinstated the Canon G3X, it's such a useful camera for bird photos and  not much trouble to carry around. I like to keep the macro lens on the Olympus 5 and the Pen is not so handy to use with a long lens. Fortunately I had the Canon nearby this afternoon when after a walk around I was trying to figure out pension stuff in the kitchen. There is a Brown Hare which often comes in the garden, usually it stays down by the rough grass (Orkney Vole reserve) but today it decided to come right up to the kitchen window. 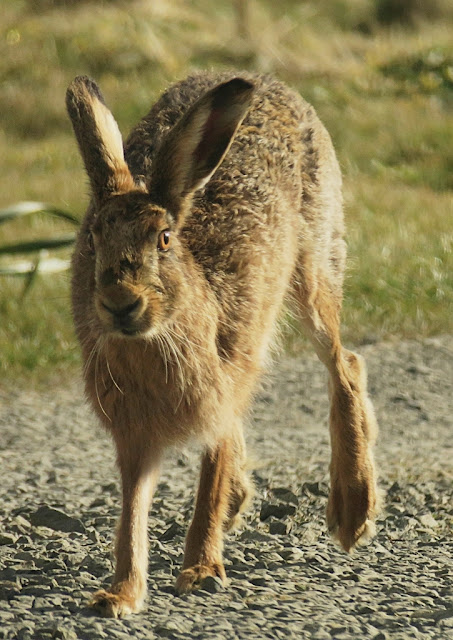 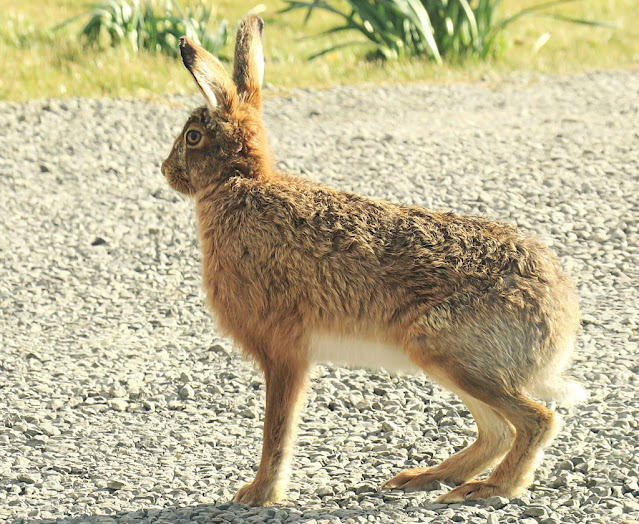 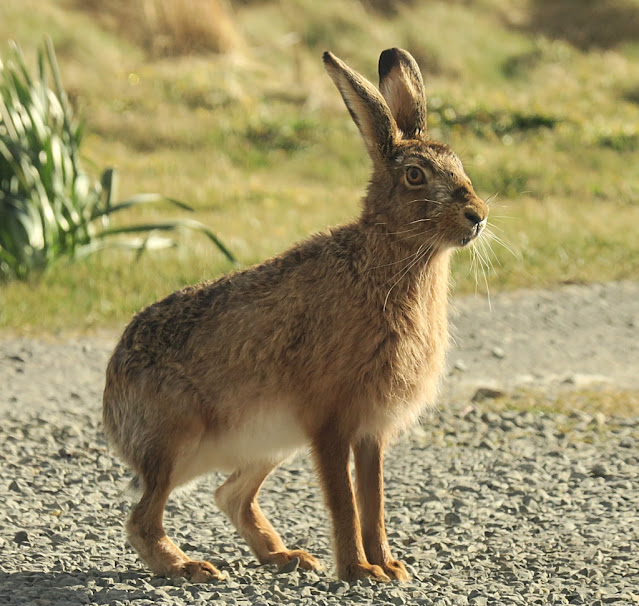 You only really appreciate what large animals they are when they are very close by.

We watched The Rider, quite excellent. 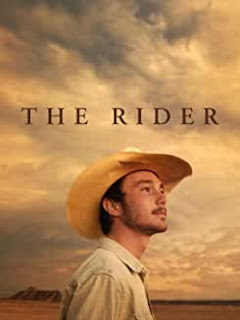 This week I have been listening to: Steely Dan (Aja), Gia Margaret, Oliver Coates and a treat, a new Hannah Peel album (Fir Wave) and a new Hiatus album. The Don's Sade programme was much enjoyed.

I won't mention beating Leicester and being fourth, of course I won't.

Oh, and I must mention a series of podcasts from The Guardian's Science Weekly, some interesting stuff on taxonomy, look here - https://www.theguardian.com/science/audio/2021/mar/30/why-is-it-hard-to-get-our-head-around-fungi-part-one-podcast, there are three programmes in the series. (You have to get past the rather middle class stuff to get to the nub of it (but equally charming in its way), but well worth the effort.)

What a beetle!! Absolutely stunning. Hope you enjoyed Oliver Coates,

They are brilliant things and only found along a really very short length of coastline. Yes, I need to listen to some more, interesting stuff.