Wandering around the web the other day I checked out the Orkney Field Club pages and came across an Ash Tree survey that I had somehow missed http://www.orkneycommunities.co.uk/FIELDCLUB/index.asp?pageid=717249. There are two Ash on our neighbour's property so I nipped round to photograph and measure them. Funny how you see something very frequently but don't really notice it. Neither of these trees had appeared to be very large or very old and I mostly notice the one that overhangs our garden when I'm out with the beating tray. However, on closer examination it would seem that these are perhaps quite elderly neighbours.  Hard to measure the circumference at the base of the trunk but sitting Golden Retriever x3 seemed about right, a bit over 3 metres circumference. 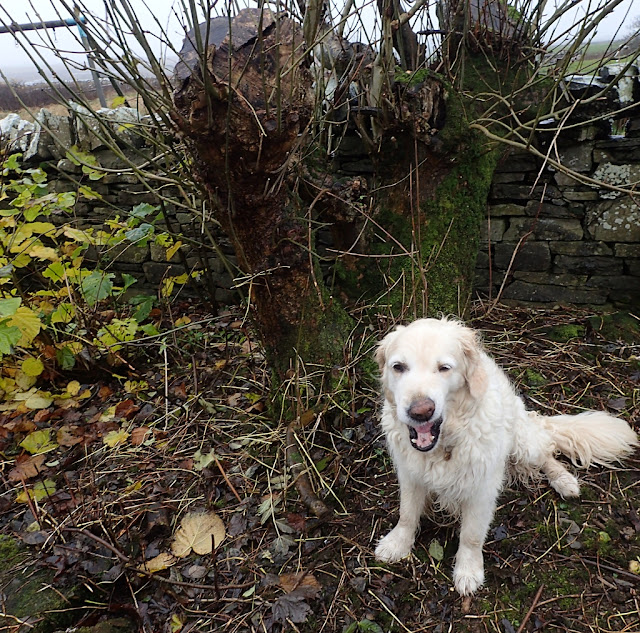 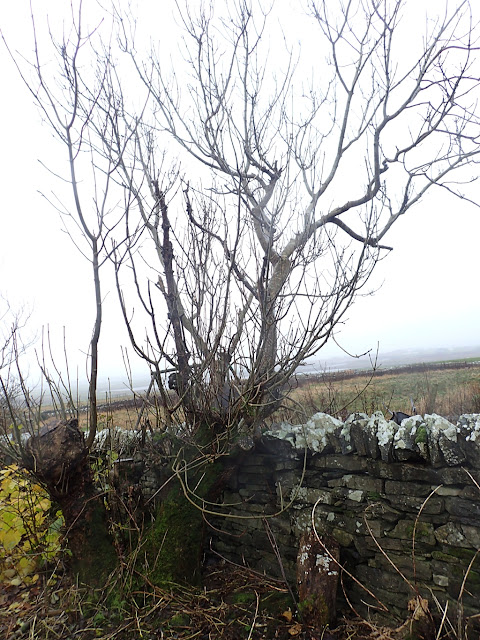 The front garden Ash, quite a substantial tree. 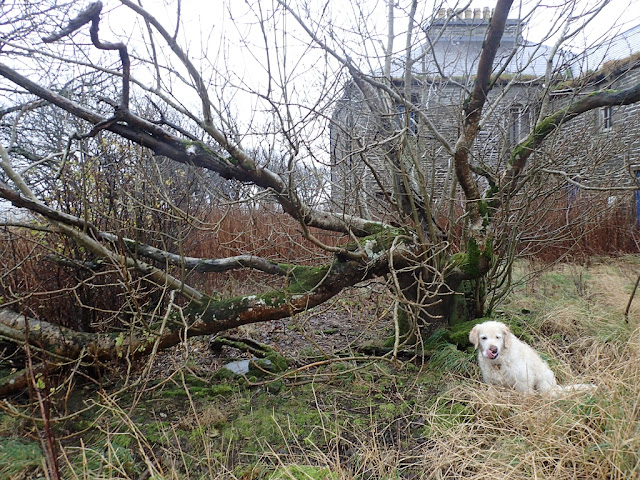 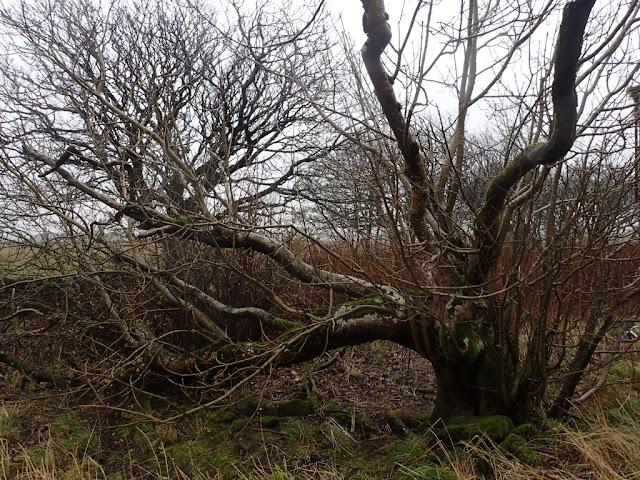 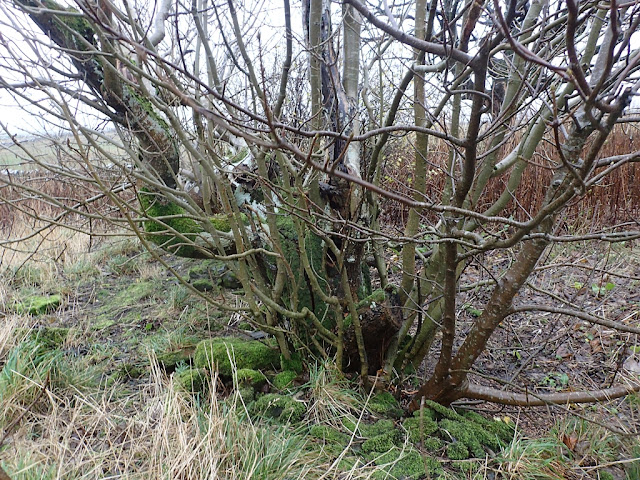 This is the tree at the back, the main bough is not far off 11 metres long. It goes sideways and not upwards though. Ash Die-back is present in Orkney, but I've not noticed it on these two trees. I don't recall them ever setting seed. I suspect these trees are at least 200 years old.

I reported that record numbers of Chaffinch had been located on the patch, 85 or so, that record has now been beaten with a flock of 170. Many thanks to the female Sproghawk that put them all up and allowed me a good chance to estimate the total number. There continue to be a few Brambling with them or around and about. They've hung out in the garden and down by the Hawthorn hedge mostly, although the bulk of the flock seems to spend its time in or around the Bosquoy stubble field, the Sparrowhawk flushed them across the road and onto the main The Shunan patch. 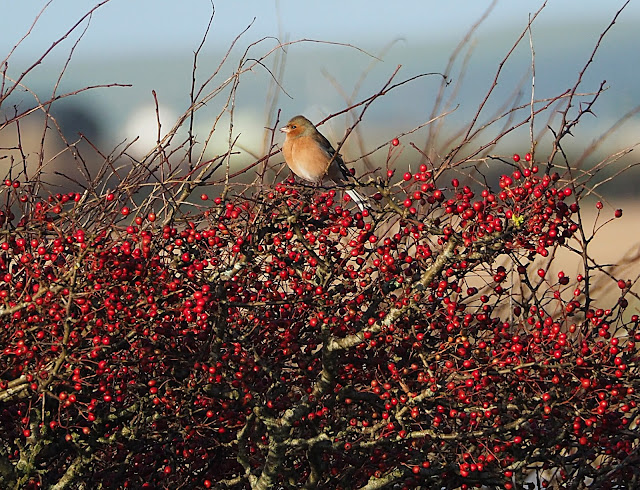 Greenfinch flock has been counted at 54 but the Goldfinches are down to 10 or fewer. Notable was the unidentified bunting, strongly suspected to be a Lapland, which the dog flushed from the stubble by the house. Unfortunately it didn't call, or at least I didn't hear it, and it flew of high into the easterly distance. 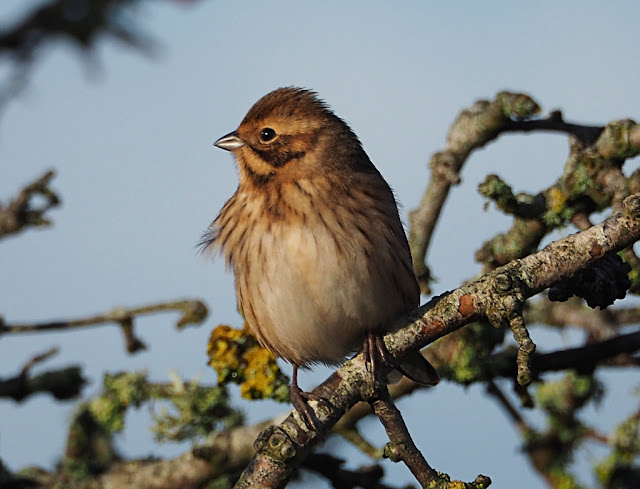 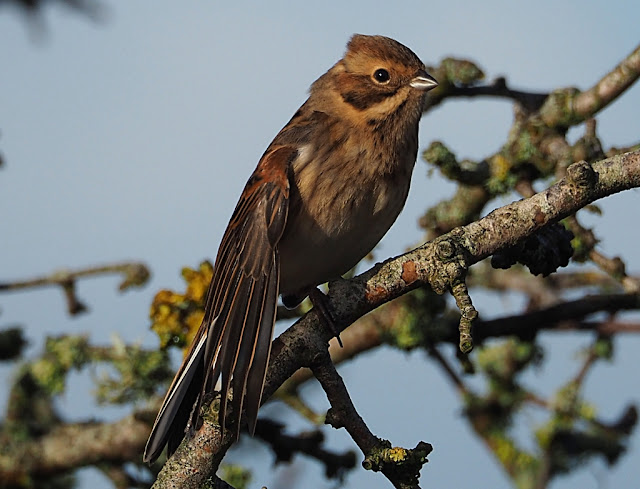 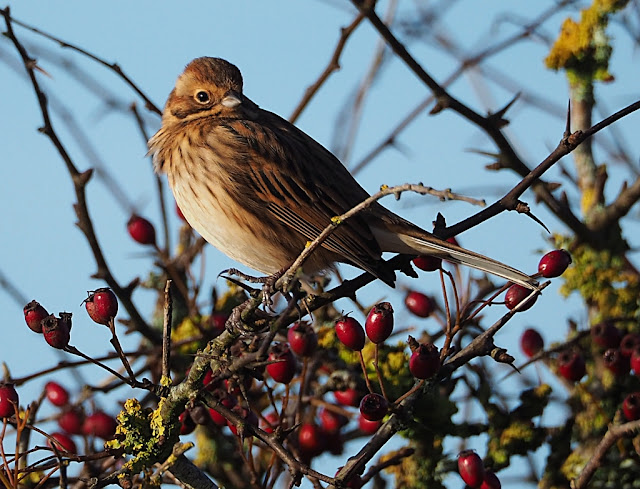 Not Lapland, but Reed Buntings have been obvious around the Hawthorn hedge, this bird was especially confiding.

The new microscope, an Amscope purchased from eBay arrived and has duly been put into service. It is a super piece of kit and in excellent, good as new condition. It came with a ring light and a pair of LED swan-necks, also very useful.

I've also part exchanged the Canon GX3 for another Olympus EM-5 Mk11 body. I'm not photographing through the microscope but using the new macro lens as the quality is far better (unless I spend a lot of money). The Amscope does have a photo tube but I would need the correct connectors etc. It seems just as easy to just move specimens from the microscope, where I sort them out, to the camera set up. I've been having a further go at identifying some of the caddis from Yorkshire, it's slow work. 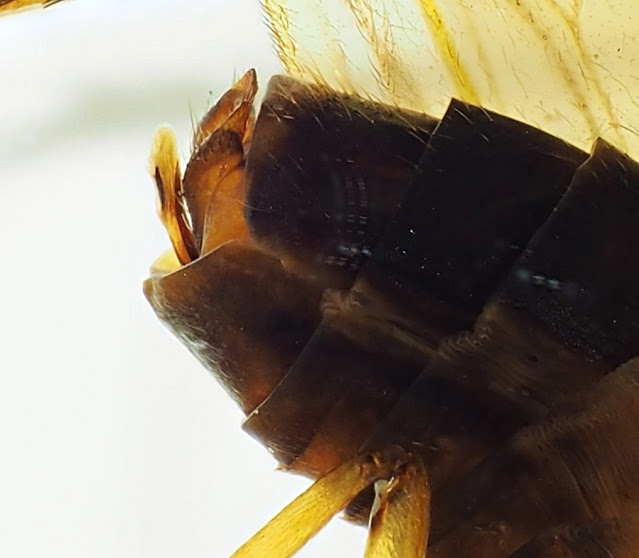 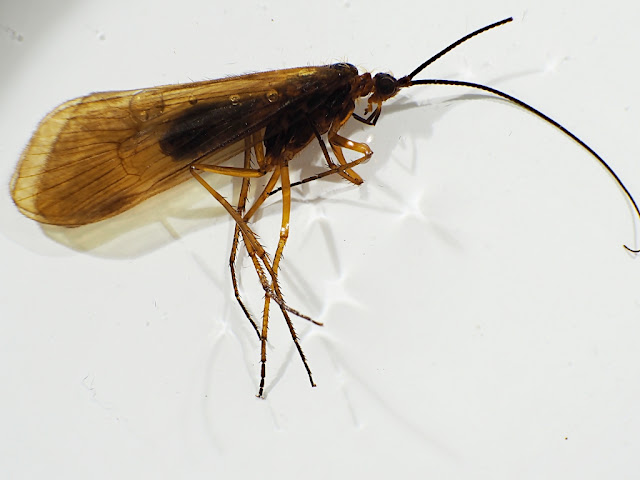 I'm thinking this one is Drusus annulatus. I've put it on iRecord where I'll learn soon enough if I'm right or wrong.

I'm going through my data for the year, mostly the moths first. Sometimes I put other things on, especially if its mixed photos including Lepidoptera. And the other day I'd added a mixed bag including a few hovers which I clearly hadn't looked at carefully enough as one of my identifications was rejected. I went back to the original photos and was able to re-identify the beast, which turned out to be new for the garden. This time the verifier accepted it. When iRecord works well it is an excellent tool both for compiling and submitting data and also for checking identifications.

We'd walked at Northside yesterday and just by the Whalebone, down on the shore was a dead Porpoise, beheaded. I guess either a prop or an Orca would be responsible. When I'd first seen it I'd hopes it was a tuna of some sort. 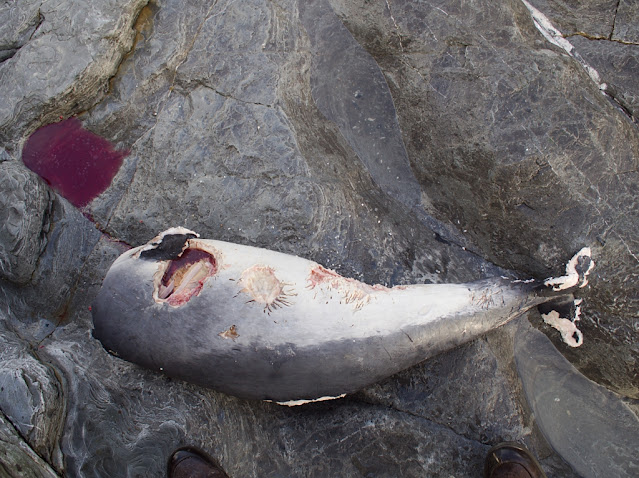 The north wind doth blow so I headed to the sea earlyish this morning and was rewarded with two Little Auks, a large diver sp and another possible Grey Phalarope; I'll nail one eventually. I had to make an airport trip at lunchtime so I popped in to Scapa on the way back. I was hoping there might be a Little Auk or two there to photograph but no bananas. Indeed everything was a bit distant, annoying as the light was good. This Tystie was about all that would play ball. 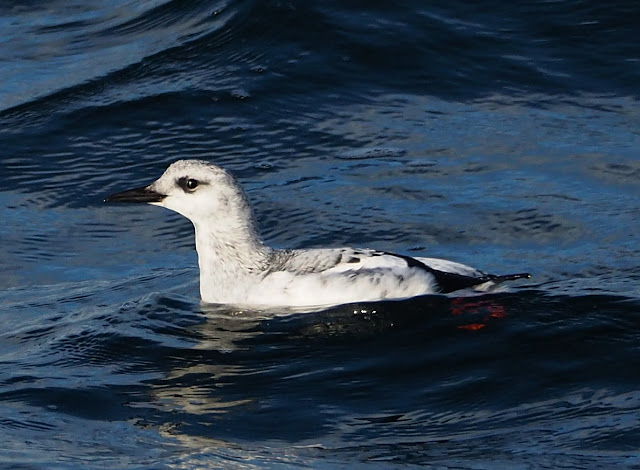 Another shot at the sea tomorrow morn I think.