There was a fall here. Easterly winds and bad weather for days eventually produced a drop of birds. This was mostly apparent out on the islands, although at Birsay yesterday there were a lot of Wheatears. 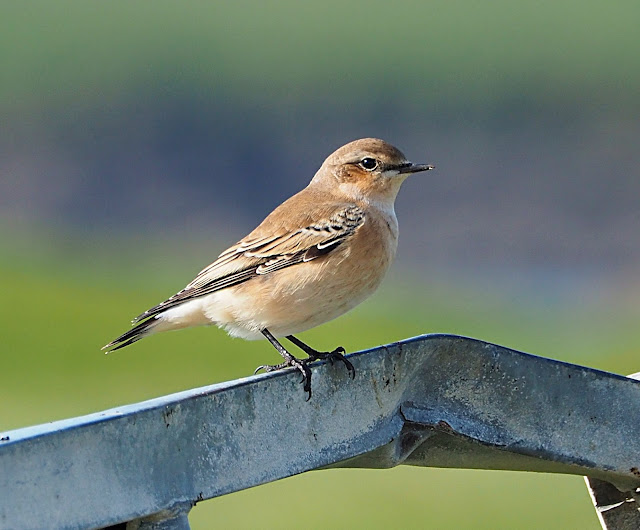 Usually, if something of this is going to occur on the West Mainland, especially inland on the patch, it will be a day or so later. I'm keeping an eye on the hawthorn hedge for a shrike.

At Birsay, an Osprey went through, putting everything up.

In the last week I've had two Convolvulous Hawk-moths and two new micros, as previously mentioned Ancylosis oblitella may be new for Scotland. The other new one, which I needed help to identify, was Matilella fusca which is NFM and I don't believe is very frequent here. The trap's out again tonight, but clear skies and a full moon are not especially promising conditions. 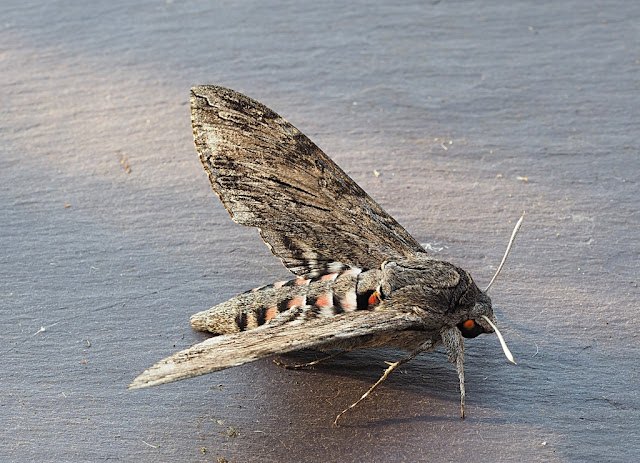 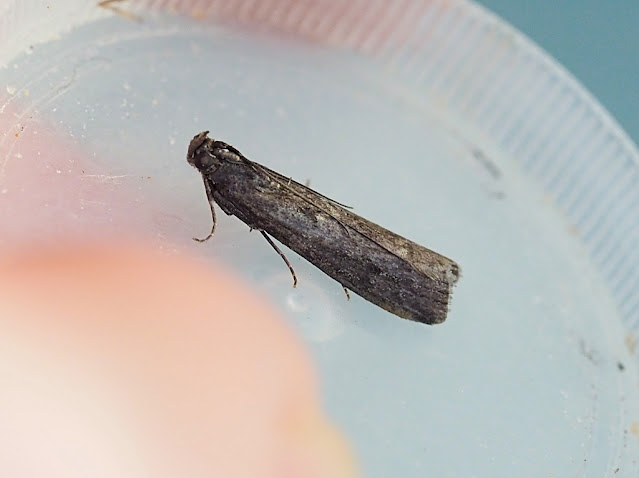 Lastly, an unwelcome resident at the bottom of our road.

Despite a good number of traps nearby and a few years of effort, Stoats still live along our road.