Headed south. I didn't really want to go, to be honest, but we had a fab time. The purpose was to attend a birthday do... but it didn't happen as certain key players tested +ve. We learned this on the way down, we went anyway. Picked up lassies in Glasgow, the uninfected were OK to go to a couple of meals. Spoke to others over the garden fence/wall.

The rental cottage was in a good spot, opposite the church and by the pub. I did quite a bit of bat detecting, mostly stuck the Heath trap in the front yard, but also managed a night in a relative's garden. I'm still working on the intruders, quite a few caddis, I've taken samples, learned my lesson after Lewis. I've also got a couple of craneflies, an opilione, a very interesting looking Bembidion and a Heteropteran. So there are a few ticks in the intruders but six new moths! Also picked up Noon Fly on the last afternoon, lots of diptera feeding on Ivy flowers. 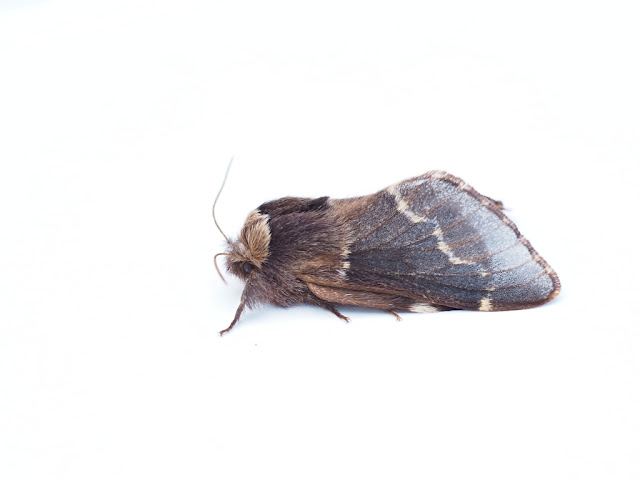 I'd long wanted to see this species, three on the first night's trapping, brilliant!

What an excellent species. Not once in the trap, but each time somewhere in the region. This one was on the bench the trap was sitting on.

Never expected this, and even so worn, what a fabulous and huge beast! It flew off strongly, high, even in that state. It was in the trap

Also captured on the first evening were Red green Carpet and Epirrita species. 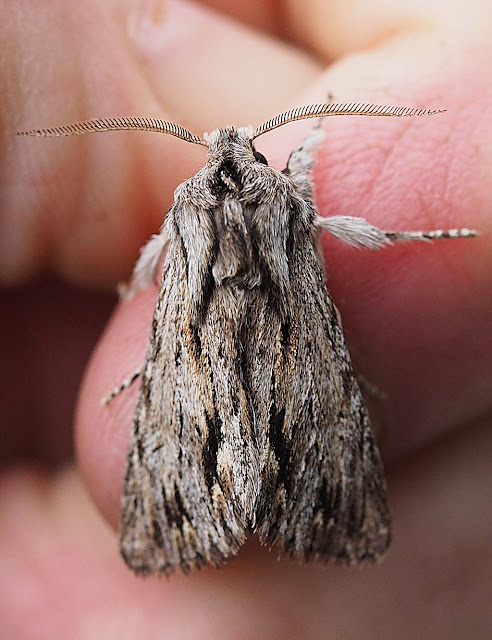 Night two, also not in the trap, on the gate and on the trap. Brilliant beastie and apparently not very common, so a good record to boot.

Next night, trapped in brother-in-law's garden and along with Tawny Owl and Soprano Pipistrelle trapped Spruce Carpet.

The Epirrita's were something else. Caught quite a few of them and I suspect both November Moth and Autumnal Moth were involved. I have taken a couple of specimens and will try and do the gen det. It's not as easy as the book makes out.

I had two specimens and failed to do much with one, left it in the KOH too long I think. However, I pulled the ALS gen det instructions from the www (see side panel) and followed them re the KOH and timing, used the Aga instead of a 40W lightbulb, and result! November Moth. So I proved one species anyway. I'll see if I can photograph the gen det bits, it is certainly not as straightforward as Waring and Townsend seem to suggest to see the relevant bits.

The last afternoon there were plenty of Eristalis, mostly tenax on Ivy. Also a good few Syrphus torvus.

Best though was this Noon Fly, Mesembrina meridiana. 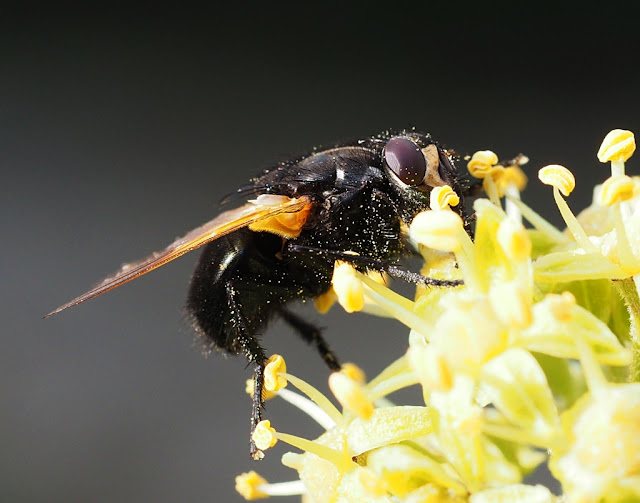 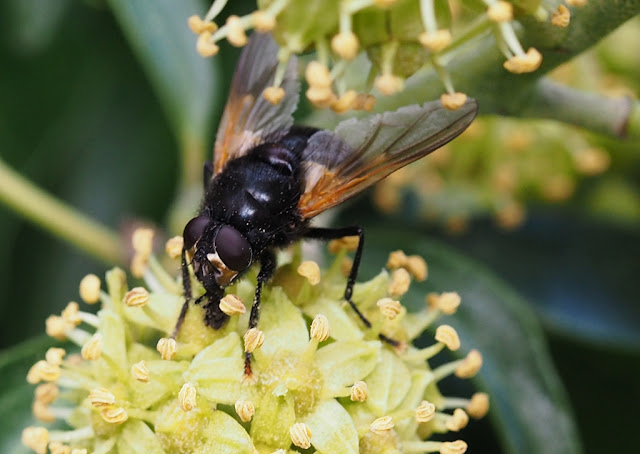