Barnacles, birds and some big waves.

I'd naively thought that a barnacle was a barnacle, no way! I did know that there were goose barnacles and then the other sort, the tiny white crusty things which I now know are called acorn barnacles, they do not look like acorns one bit. Anyway, I discovered through wandering around marine websites and looking in my seashore books that there are quite a few species of these "acorn" barnacles. There's a species list of all the barnacles and further information here - https://www.glaucus.org.uk/Barnacles.html#Species

There's a very useful talk to aid identification here - https://www.therockpoolproject.co.uk/barnacle-identification/  The illustrations are especially useful. Despite Ian Smith's excellent photographs which you can find via both these links I find the simple line drawings the most helpful aid to ID. I had thought that goose barnacles were molluscs, wrong, all barnacles are crustacea. They have very wacky life cycles so are worth reading about.

So I've added one more species to the "new" list and there is the potential for a good few more. Waiting for a combination of decent weather and a nice low tide.

On the new species and bioblitz front I have leaf litter in a seive in the conservatory. Hoping for some beetles and springtails, we'll see.

I got some easy species for the bioblitz, but I missed the springtail that is behind the slug. It's a rubbish image anyway but I'm fairly sure that springtail is identifiable, research required, and perhaps a specimen as that will be new to me. I refound the snail I got at the end of last year, photographed a number of lichens I know and mooched about a bit.

A birding tramp on Saturday afternoon led to adding a selection of birds to the year list, mostly down at Loch of Bosquoy. This time I did find the Blackwits, there were three, also a Slav Grebe was nice, they're not especially frequent on Bosquoy. A drake Goosander was again present. I've also been to the Durkadale crow roost a couple of times. The first visit produced 162 Hoodies (presumed, it was actually too dark to pick out any hybrids or Carrion Crows). That visit also turned up an elusive raptor, I suspect it might have been a Rough-leg but I just didn't get a decent enough view of it. There were also two Common Buzzards and a Sproghawk. The next visit, yesterday, and there were 142 Hoodies, one Carrion or dark hybrid and a Rook. No R-lB but Common Buzzard and Hen Harrier. I do like the crow roost and in recent years I've neglected it. I'm trying to visit Loch of Bosquoy at least once a week and I should try to do the roost once a week as well, it's not far away. No bird photos it was too dark.

Yesterday was a lovely sunny day. We headed for Marwick and were surprised by the huge waves pounding the Choin. Marwick is approached by a long straight road and when the sea is huge it looks inevitable that the water will come flooding over. At high tide it had broken down the wee sea wall in places.

I took hundreds of photos and ended up with a few I was quite pleased with. 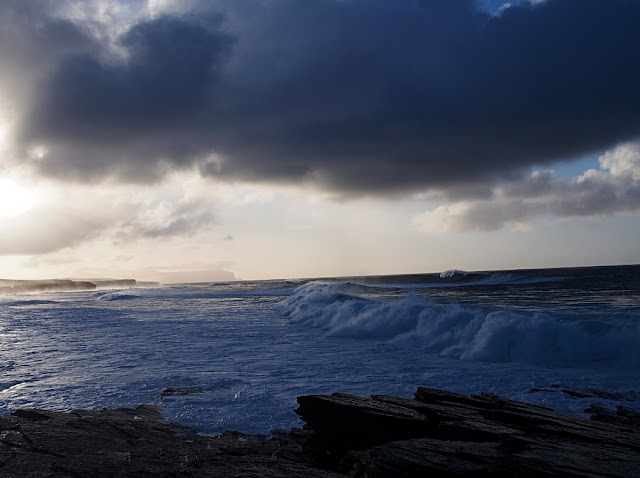 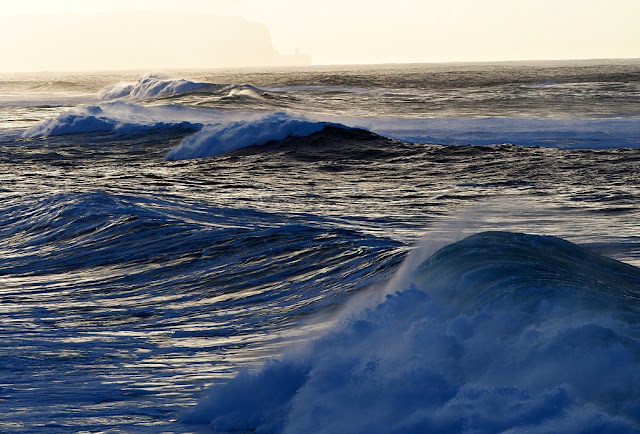 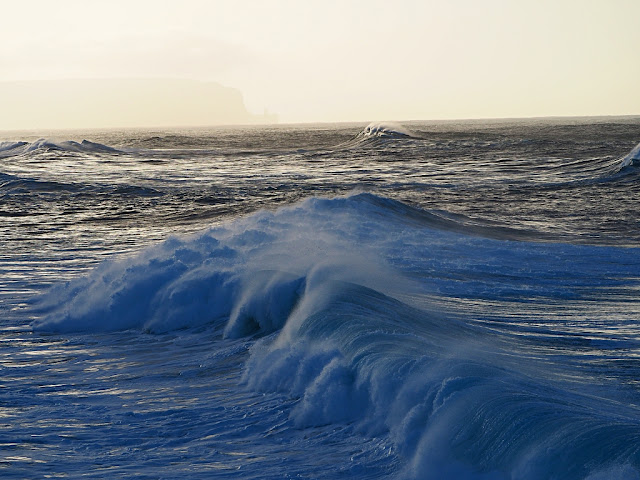 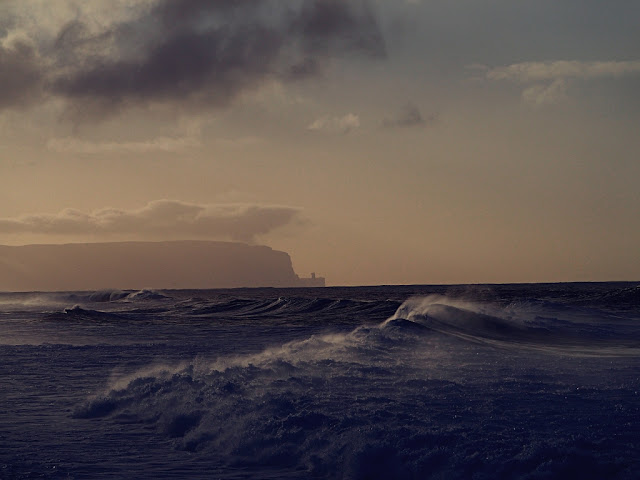 Finally, we walked up to the Kitchener Memorial. A controversial monument but perhaps nowadays more acceptable as it is now partially encircled by a monument to the ordinary seamen who list their lives when the HMS Hampshire was sunk. 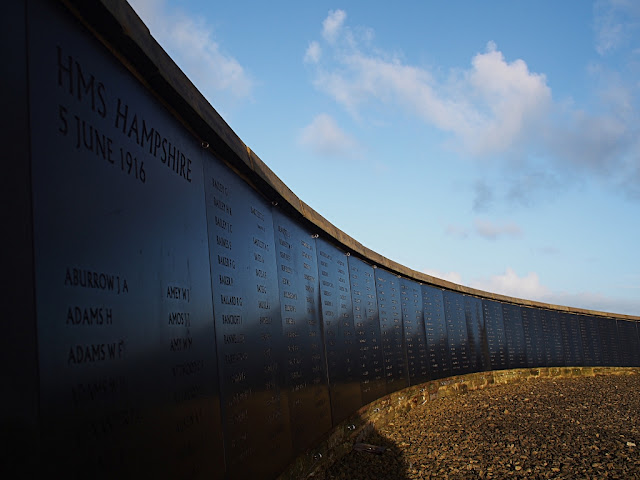 Wee Wood bioblitz - 16 species. (Previously, excluding birds, I've recorded 230 species at the Wee Wood, in the 100m sq. I think there will be 20 bird species to add to that, I'll need to look at my records.)

I think your springtail will be either Dicyrtomina saundersi or D.ornata, you'll need to check the extent of barring on the bum patch and antennae colour to differentiate. Whilst you're eye-balling the barnacles, keep an eye out for two lichens that grow on them (it's true!) Collemopsidium foveolatum and Collemopsidium sublitorale. They're on limpet shells too.

Thanks Seth, that's very handy. I did read the other day about the lichens that appear as wee black dots on the barnacles, I hadn't got around to checking out the species. That's very useful re the springtail. I need to catch one. I'm hopeful the litter sieve will do the trick but if not it'll be paint brush and tubes in hand turning over the top layer of the dyke, well to be honest I'll be doing that anyway. Just grabbed Dobson and had a quick look, should be ok to ID I think? Fingers crossed.