Macrosiphum aphids, the 365 challenge and some books. 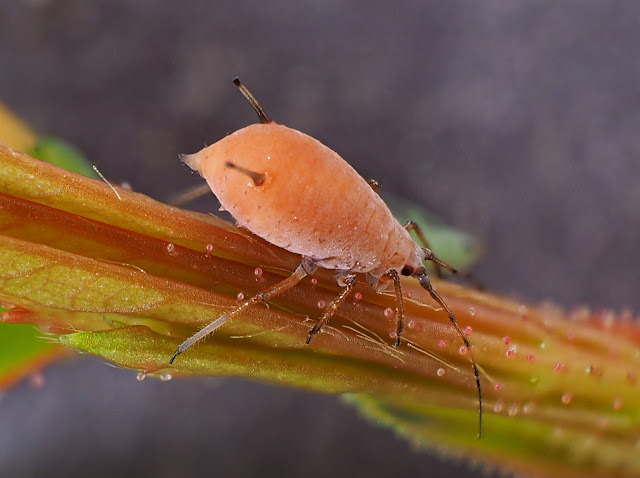 I'm having a few doubts about this ID now and wondering if these are just M. euphorbia, the Potato Aphid which I think I've found on the roses in the conservatory previously. These Macrosiphum aphids are a bit confusing. These don't quite fit with the images on influentialpoints. It could be that there is more than one species here, a not uncommon issue with aphids. Anyway added in the 365 challenge but I might have to edit again.

I finally nailed this woodlouse, the commonest apparently but getting the ID to species is a little tricky. The microscope proved three ocelli. 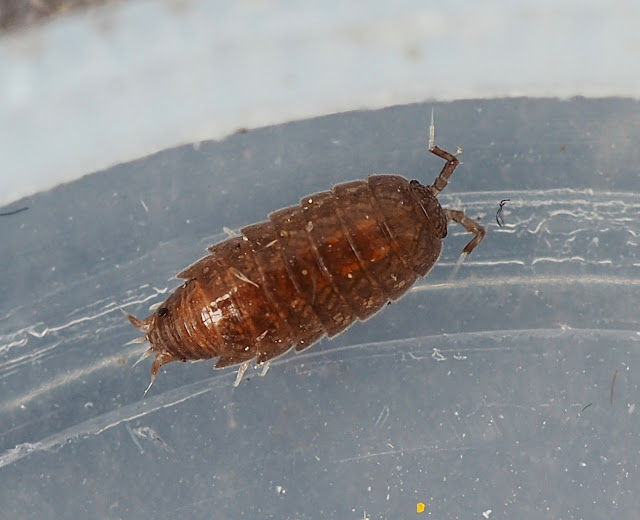 This old and damaged shell found in the Wee Wood is from an aquatic mollusc, but it does also venture on to land. I was looking under stones and in the humus layer for slugs etc. 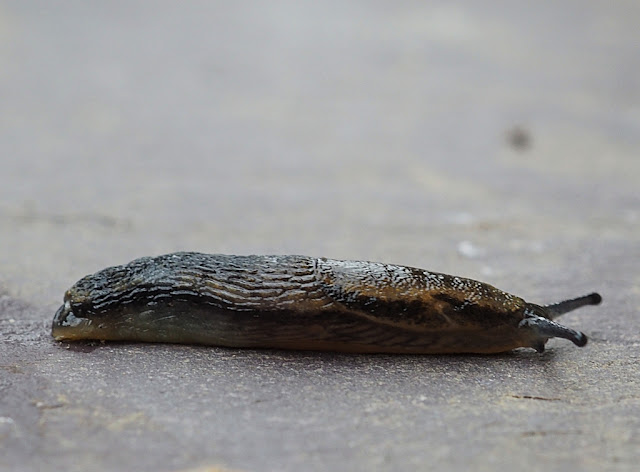 I originally identified this as intermedius, kindly corrected by CduF.

I've been having a look at a few mosses again and borrowed the British Bryological Society book from the library. It is a very nice book which I shall purchase shortly, it's available from the society itself.

I've recently purchased the Seaweeds of Britain and Ireland, it's a Seasearch publication, their other books look interesting if I get more into the marine thing.

I wasn't so impressed with the Collins Coastal Wildlife field guide, but Louise liked it. I'm preferring the Hatcher and Trewhella Rockpooling as my seashore ID anything and everything book.

Shelduck wars have broken out onThe Shunan with another drake appearing. The drake of the newly resident pair defending the territory robustly, weirdly aided by a Great Black-backed Gull. Red-breasted Merganser was added to the year list for the patch. And Hen Harriers have been very apparent, a male seen a couple of times this morning, I think the same one, a ringtail in the garden this afternoon. This after four ringtail sightings on Saturday. A male Sparrowhawk tried a neat attack on the front feeders today popping over the kitchen roof, but the spuggies were safe in their honeysuckle tangle.