There is an especially funny episode of Quaderhorn (series 2 episode 3, BBC Sounds) where our "heroic" team have to end every sentence with the word "wasp" for reasons that are far too complicated to explain right now. If you try this at home (I have) do be prepared for some serious fall-out. Also quite amusing to do at work 😈

But to the point: after a bit of success with Exephanes occupator I decided to put a colour trap out again, actually in the hope of catching that species again, instead I caught three more Ichneumonoidea of three different species. In the past I would have ignored these but the material available online and the support in the FB group as well as via Twitter has encouraged me to persevere. The resources are largely available in the side panel of this blog under Hymnoptera, you will need a microscope though.

The first one I tried I got to subfamily Ichneumoninae but then stalled and asked for help as this is a big lot of genera and species. Not so easy came the answer and I have still to pursue this further, genera Ichneumon or Diphyus being the possibilities. 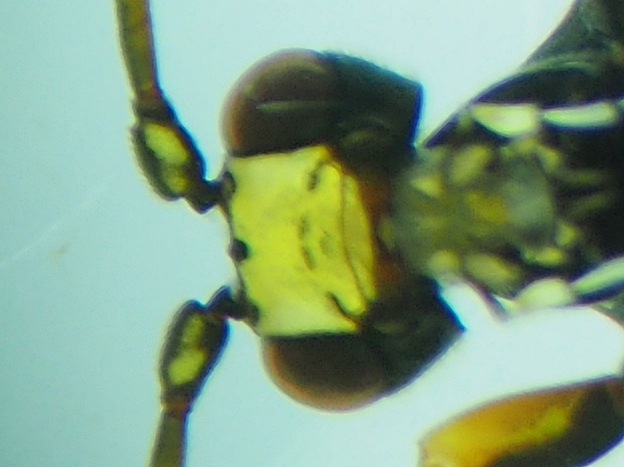 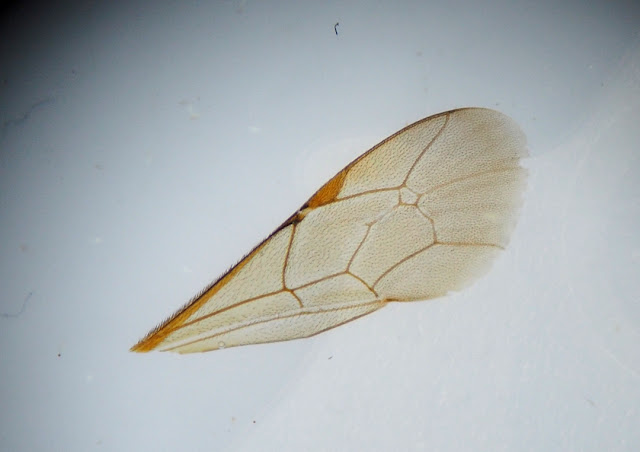 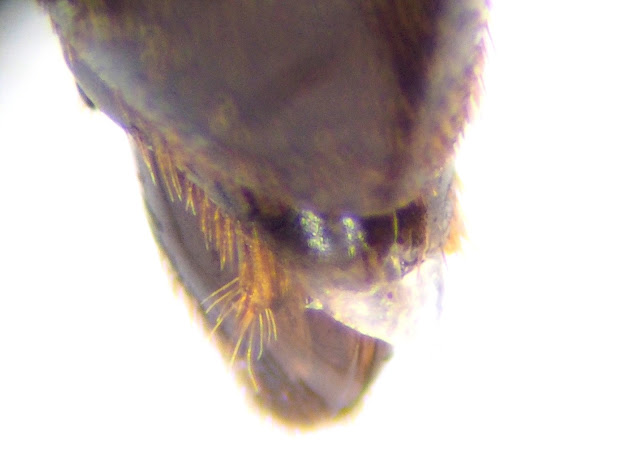 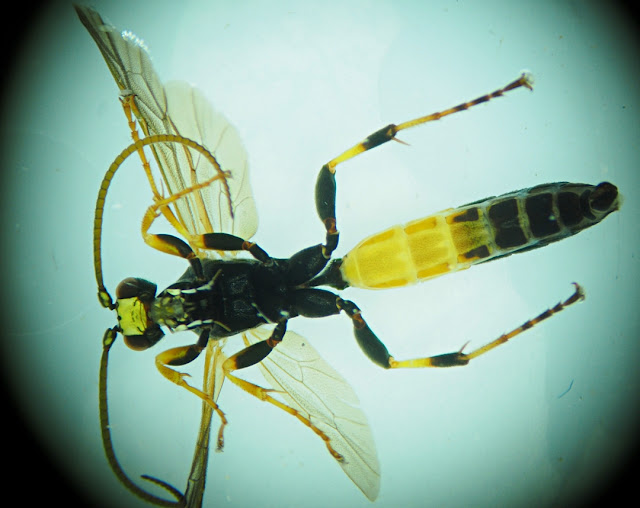 The next one, when I looked carefully, had very different wing veination, and importantly for identification, the spiracles (pores) on T1 (the petiole) were slightly towards the front half of the tergite. This took me to a very different part of the key (Broad 2015). I worked through to couplet 88 (that took a while) and came out at Ctenopelmatinae (a few Mesoleiini), I wasn't convinced as I'm still very much learning the terminology and morphology and had guessed a bit on the route when I hadn't been entirely sure. (There is an excellent guide to the morphology in the Dropbox (see side panel), which helps a lot, I should really print it out.) However, I then looked at examples of that subfamily in Bioimages, which is a very, very useful resource when you're trying to ID Ichneumonoidea, and found that Lagarotis debitor looked very like my animal. In the meantime, and I hadn't noticed at that point (he states proudly), MS had suggested Lagarotis semicaligata. A look at Bioimages for that species and I was convinced. I'm pretty sure this will be new for Scotland if confirmed, so I took a bundle of new images. Lots of images below of this animal. 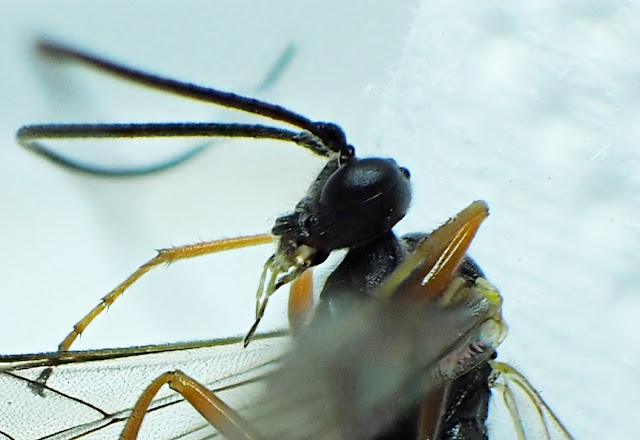 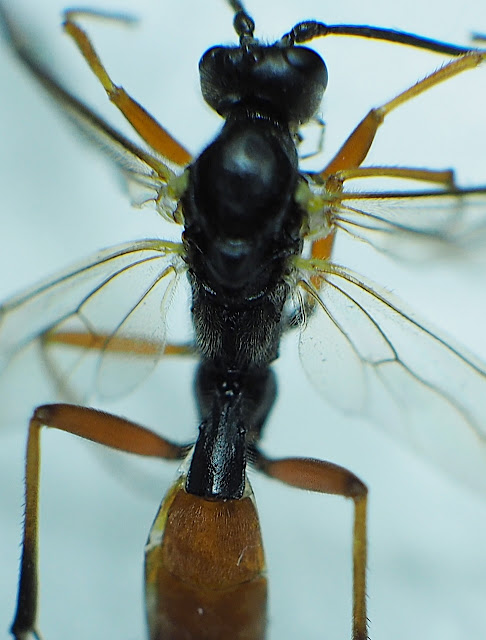 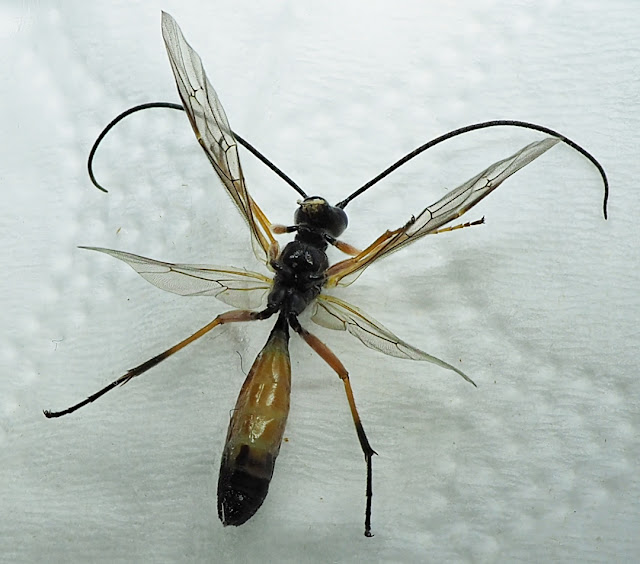 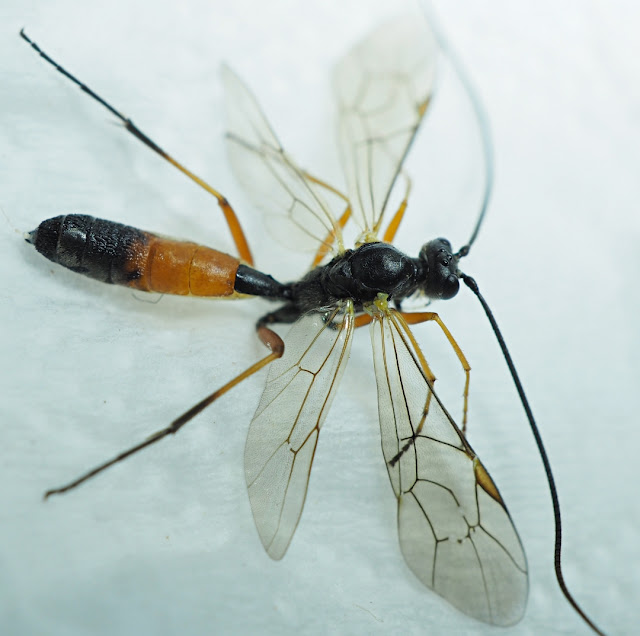 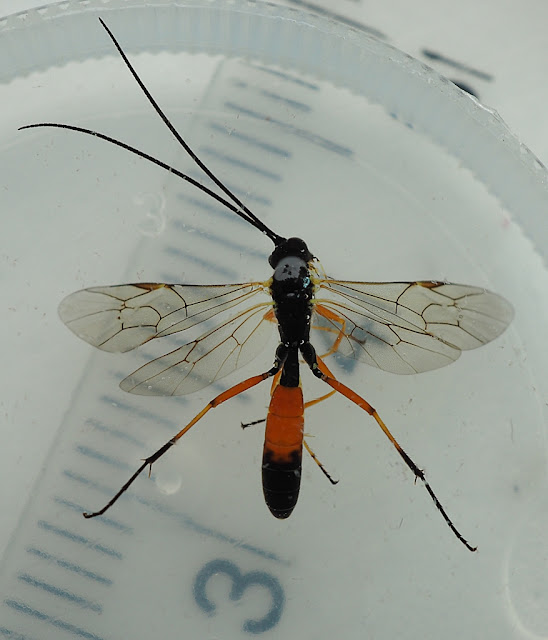 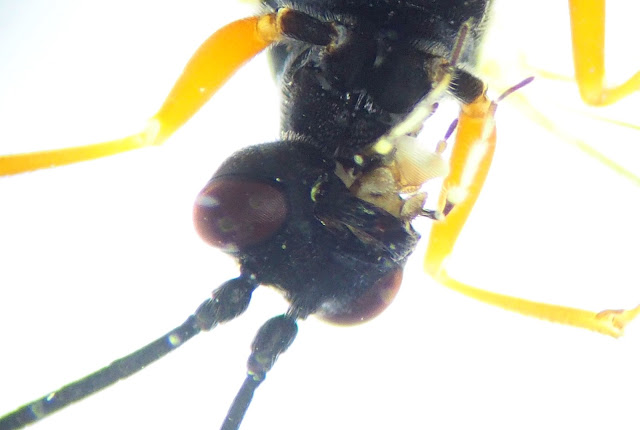 I haven't started on the third one... 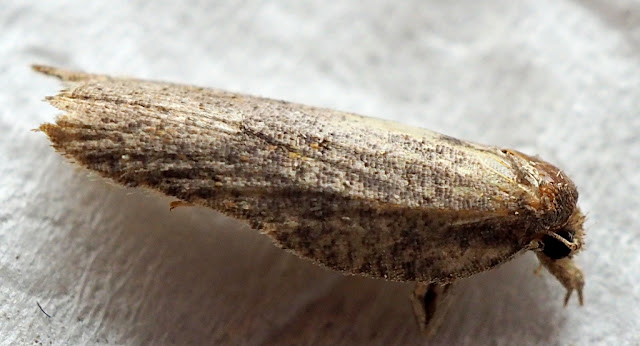 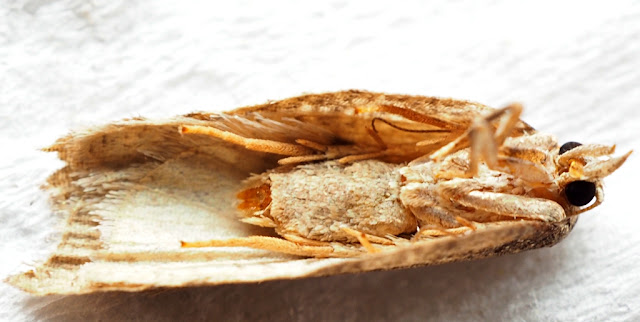 A Jack Snipe in the bottom fields was nice. Woodpigeon numbers are up, flock of 41 max. The odd Brambling and Redwing but still no Y-bW. A juv Hen Harrier hunted in the garden for a minute or so yesterday afternoon, just outside the kitchen window.