No rare birds for me last week, work... However, Saturday morning and I was out in the field finding at least two Yellow-browed Warblers in the garden, no pix as they're awkward little so and sos. A Blackcap made a third Warbler, stunning! I spent much of the day mooching about the garden and nearby and was rewarded with the Brambling flock, a male Hen Harrier, a variety of quackers, a Sproghawk and a Merlin from the kitchen window. 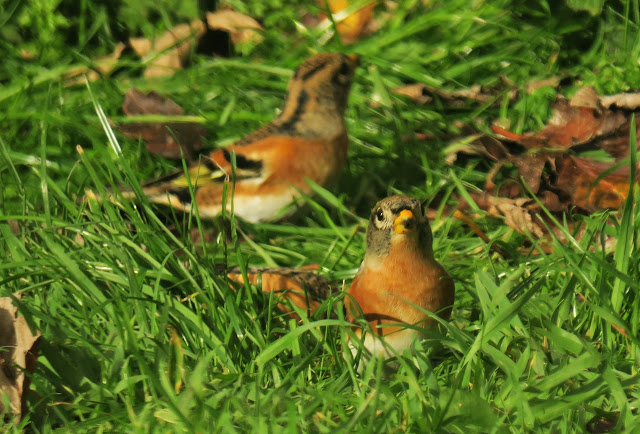 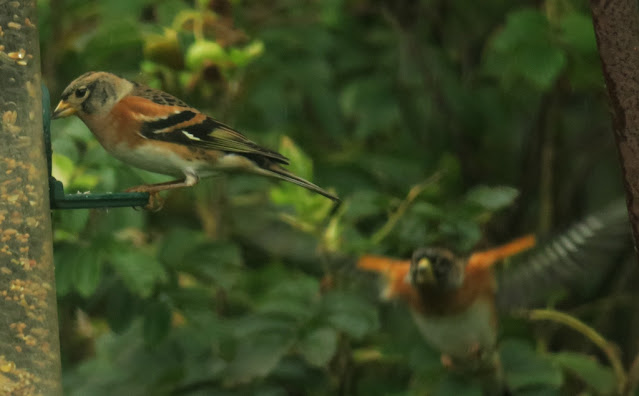 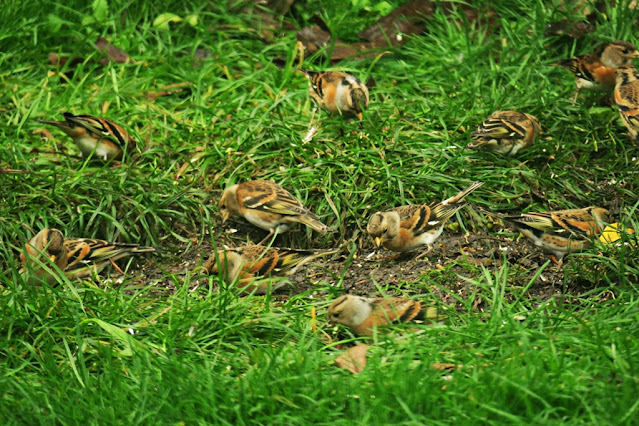 Today I stuck the Olympus Tough out in the rain amidst the Niger seed. It chunters away taking a pic every 30 seconds for 300 shots. 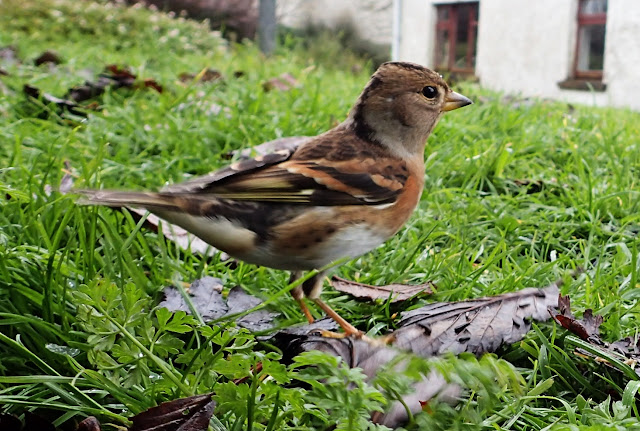 Result.
I spent a bit of time at Loch of Bosquoy, neglected of late. Two Goosander and a Ruff were securely added to the day list but then a small Aythya swam in to view feeding. It was diving frequently but looked very much like a Scaup, but when it surfaced near the large Pochard flock it was tiny in comparison. Other features also suggested possible Lesser Scaup but ducks are tricky. I decided to shift position to get a better view, never saw it again. Maybe tomorrow... (Suggested I take my portable DNA testing kit with me along with the scope, thanks JB!)
Also at Bosquoy this Cladonia chlorophaea agg / fimbriata (thanks BE), requires chemical testing to get any further and these puffballs which are too ancient (like the author) to identify apparently; smart though. 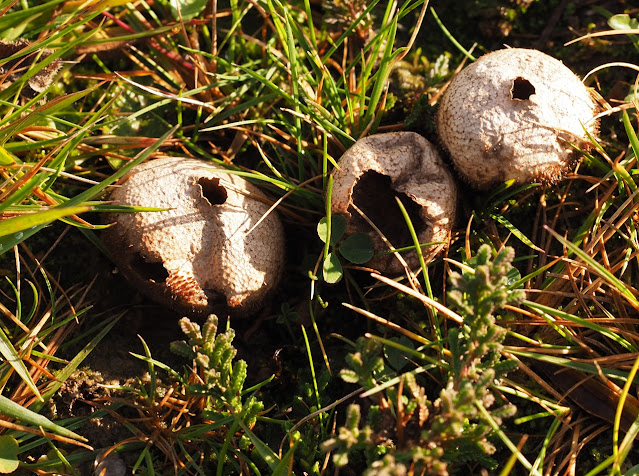 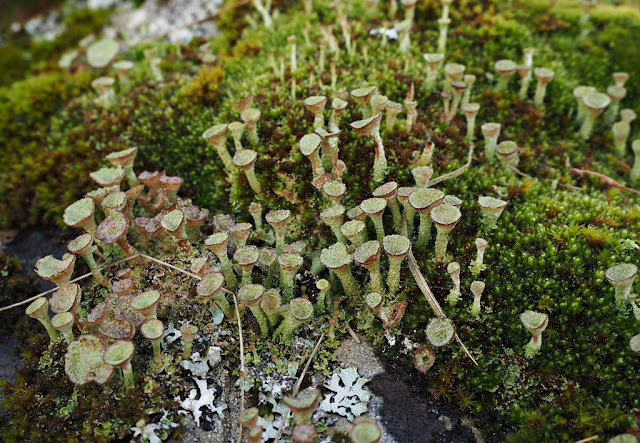 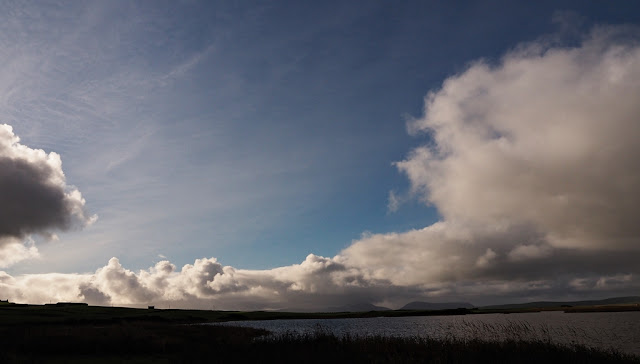 A wander around Brodgar with cloud building and rain threatening promised some interesting light. 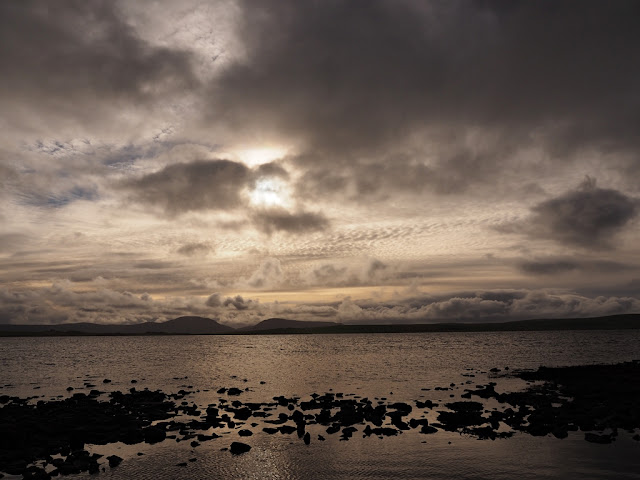 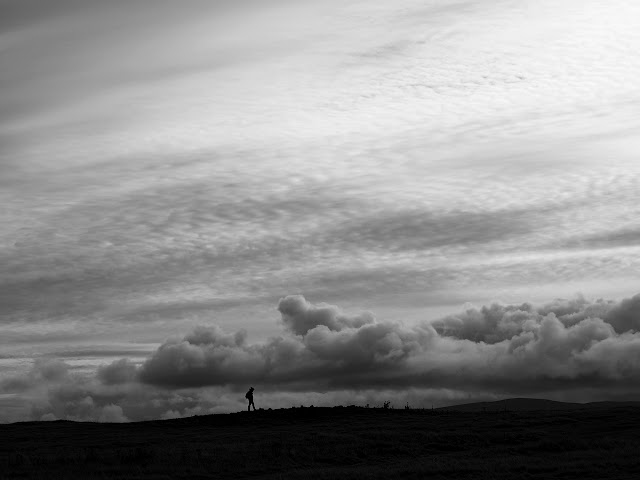 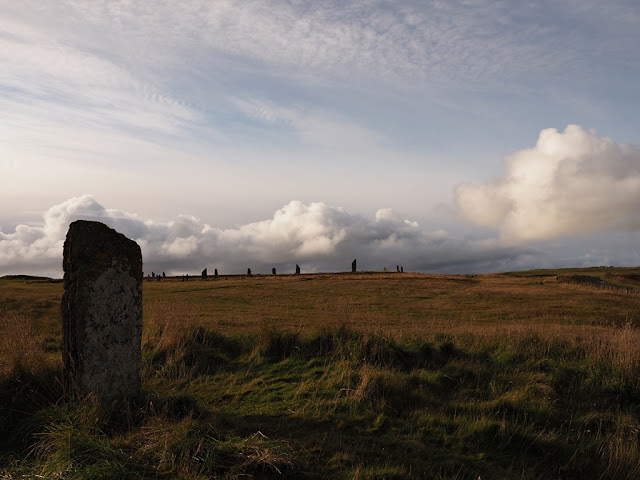 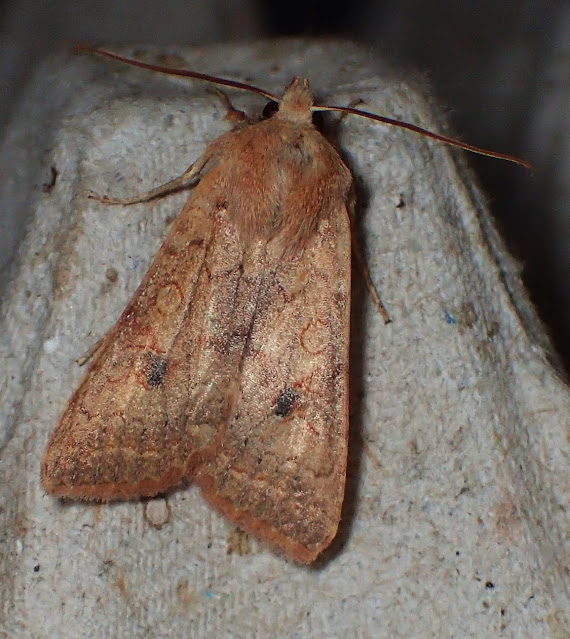 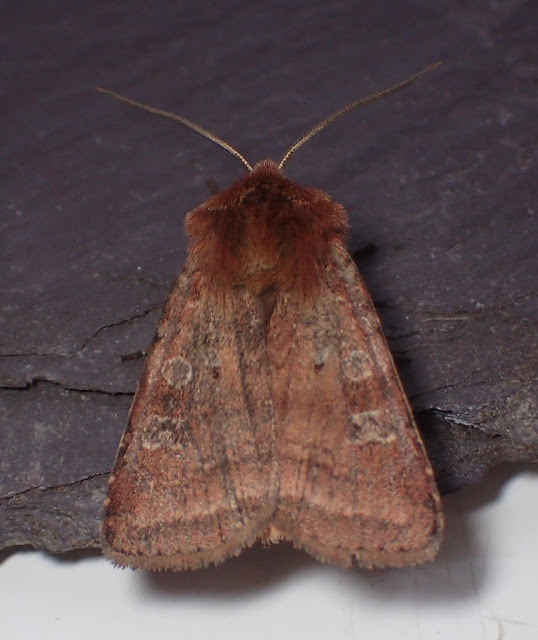 To finish the post, earlier in the weekend I was messing about in the conservatory (that's falling down unfortunately - but we have a plan). Calliphoridae (blow flies) are not easy to do so I haven't bothered to try an ID. Interesting things of course, used in forensic science to calculate the minimum PMI of human corpses. Also used in medicine for maggot therapy, and serious agricultural pests. There is a UK species of Lucilia (bufonivora) that parasitises living toads (Bufo bufo), the eggs laid in the nose I think, hatch and then the larvae just eat the toad alive, nice!

Anyway I didn't let this get near my nose... 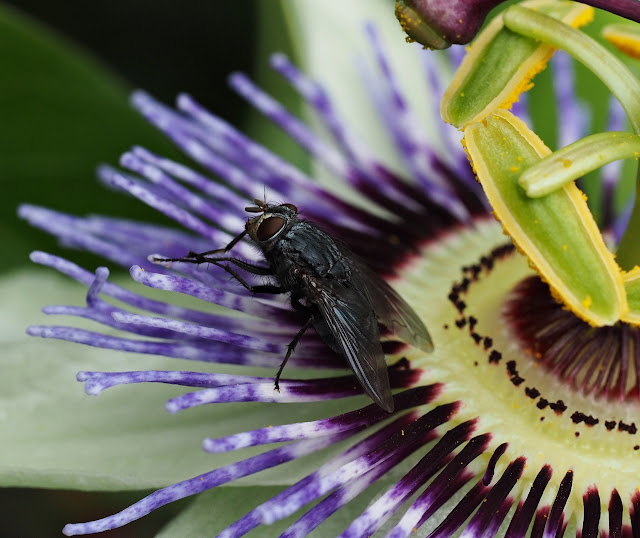 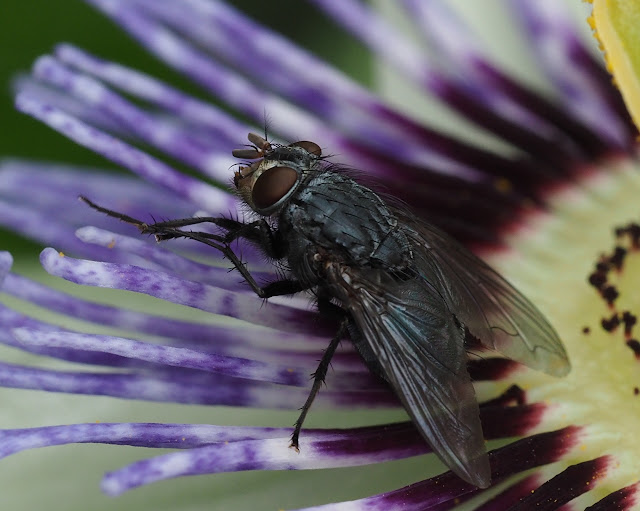